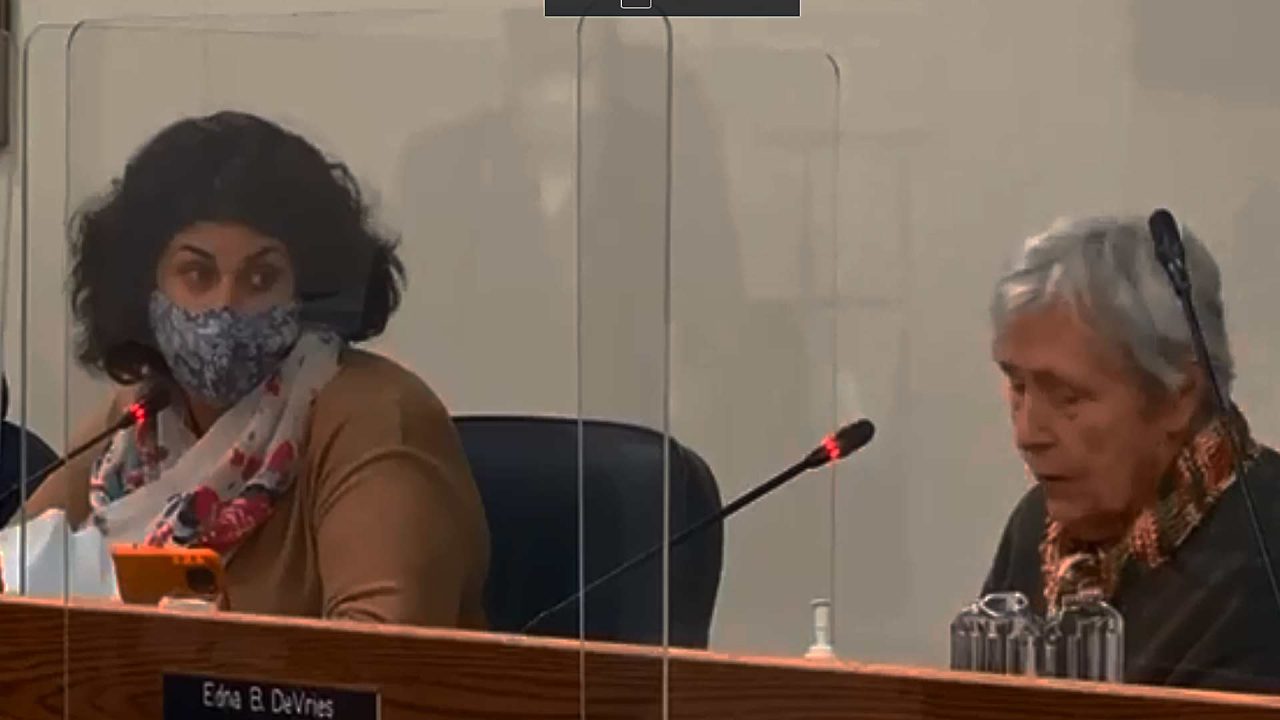 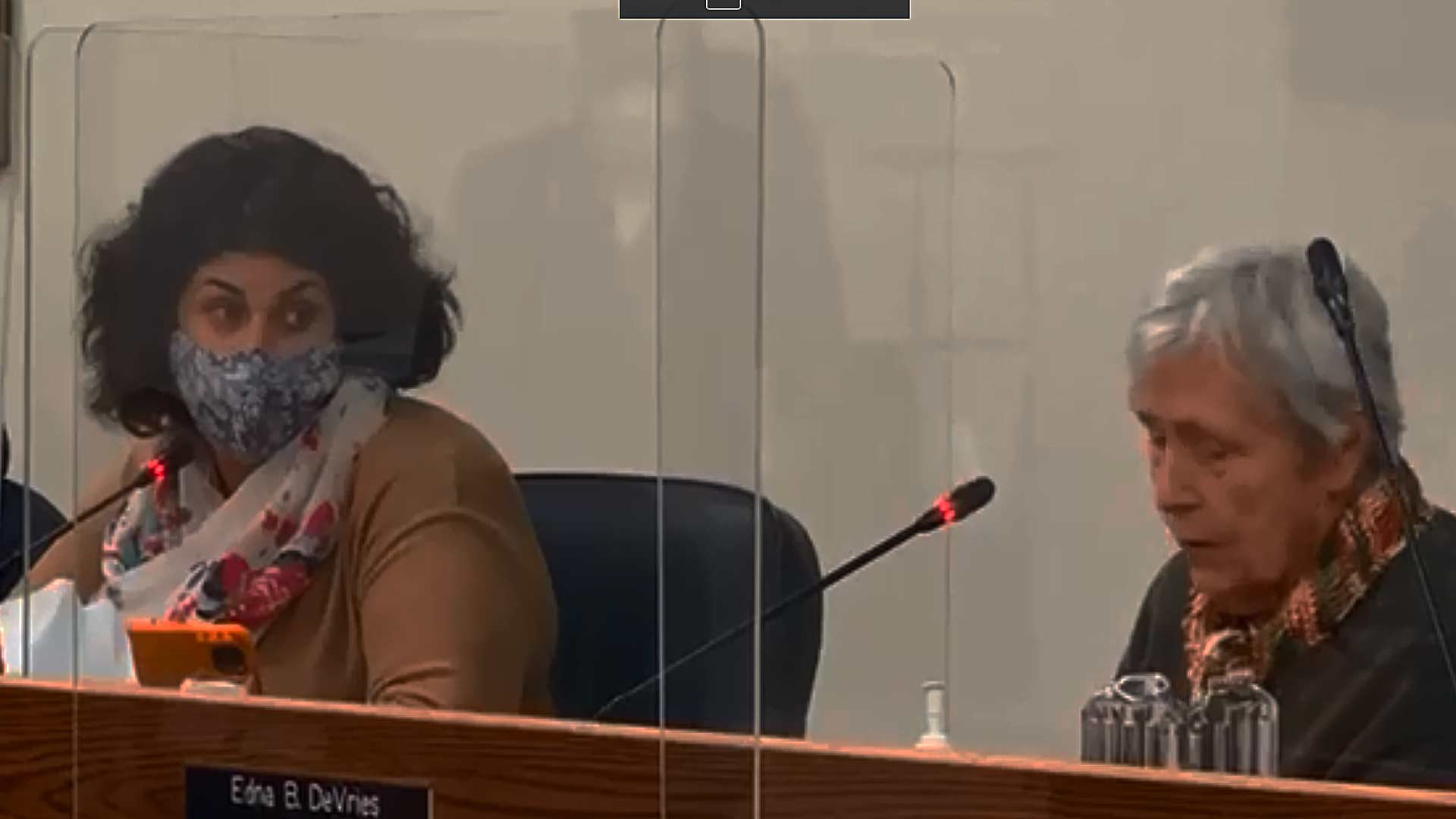 After listening to 20 hours of public testimony from more than 700 Mat-Su residents over a three day period, the Palmer City Council voted down a citywide mask mandate, 4-3, on Dec. 4.

Nearly 70% of comments – both in-person and written – opposed the idea of forcing residents to mask up under threat of legal action from the city.

Councilman Brian Daniels tried to soften the mandate by offering an amendment to remove the requirement that business owners kick out customers who fail to wear masks. His amendment passed, 4-3, but failed to win over the more conservative councilmembers, who still opposed the overall mandate.

In the end, the unprecedented flood of public opposition ultimately moved ordinance sponsor and Deputy Mayor Sabrena Combs to vote against her own proposal.

Combs appeared frustrated by the three long days of listening to residents denounce her plan.

“I’m pretty torn on this vote because it is forcing me to choose between what I know in my heart and brain is the right thing to do, which is masking, and ultimately what I was elected to do which is represent the will of the people,” she said before voting against an ordinance which she and Councilwoman Jill Valerius introduced in mid-November.

Initially it appeared that Combs and the more liberal block on the council had enough votes to pass a law that would have required Palmer residents to mask up in nearly all indoor and outdoor gatherings and to force business owners to remove customers who failed to wear masks. But since the ordinance was an emergency order, it required not just a simple 4-3 majority to pass, but six votes which it did not have.

Ordinance sponsor Jill Valerius complained about some of the testimony she had to sit through.

With Mayor Edna DeVries and Councilmen Steve Carrington and Richard Best set against the mandate, it was doomed, even without Combs’ last-minute change of heart.

Combs appeared frustrated by the three long days of listening to residents denounce her plan, as well as the opposition she received from fellow council members.

“I hope those in opposition, specifically as councilmembers, consider taking small steps to help their neighbors feel safe rather than respond with hate and anger as I have most certainly experienced in the past couple weeks, and some of you even witnessed in these chambers,” Combs said before accusing her more conservative colleagues of supporting “absolute, uncivil behavior” from constituents they agree with.

Fellow ordinance sponsor Jill Valerius thanked the public for weighing in but then complained about some of the testimony she had to sit through, claiming it contained “profanity and threats and such.” She said she just wanted to keep local businesses safe from COVID.

Julie Berberich, who also supported the mandate, used her closing comments to lash out against Mayor DeVries and those who testified against the ordinance. She focused on how the public comments affected her emotionally.

Berberich said she didn’t want to issue a mandate but then complained that residents wouldn’t agree to universal masking without one.

Councilman Best expressed gratitude for the enormous public input, and said he was concerned about the ordinance would have required business owners to literally drive out customers for not covering their faces.

“We heard a lot of passionate folks on both sides of this,” he said. “I am of the opinion that each one of us – each family in our community – has to make personal choices as to what is best for each family. We don’t now the medical needs, the emotional needs of so many in our community.”

The proposal failed with Councilmembers Carrington, Best, DeVries and Combs voting against it. Valerius, Daniels and Berberich voted in favor.

Following the vote, City Manager John Moosey asked Mayor DeVries if he could share his perspective on the three-day marathon.

“I have been a city manager, county manager, borough manager for over 35 years now, and what we went through is the darndest thing I’ve ever seen,” he said. “We have spent three nights reading every single testimony out loud. We continued that and put the time in. Nobody does that and I think that says an awful lot about city council on listening to constituents.”