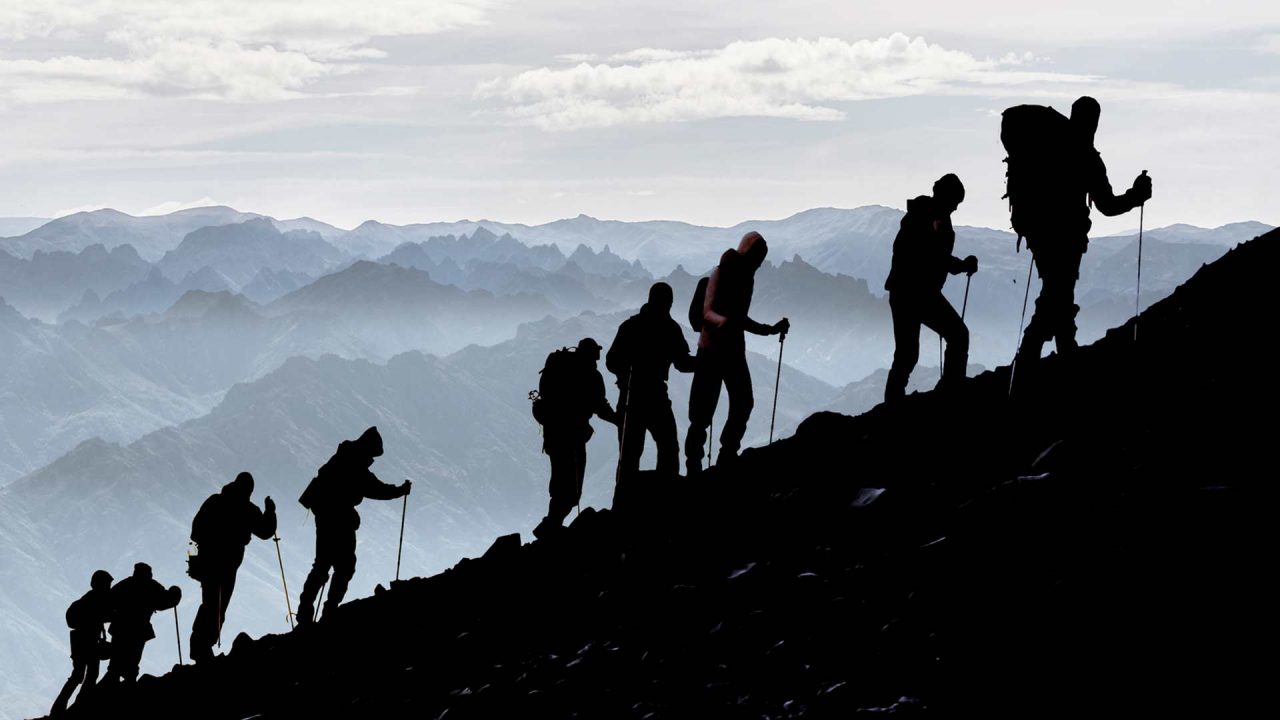 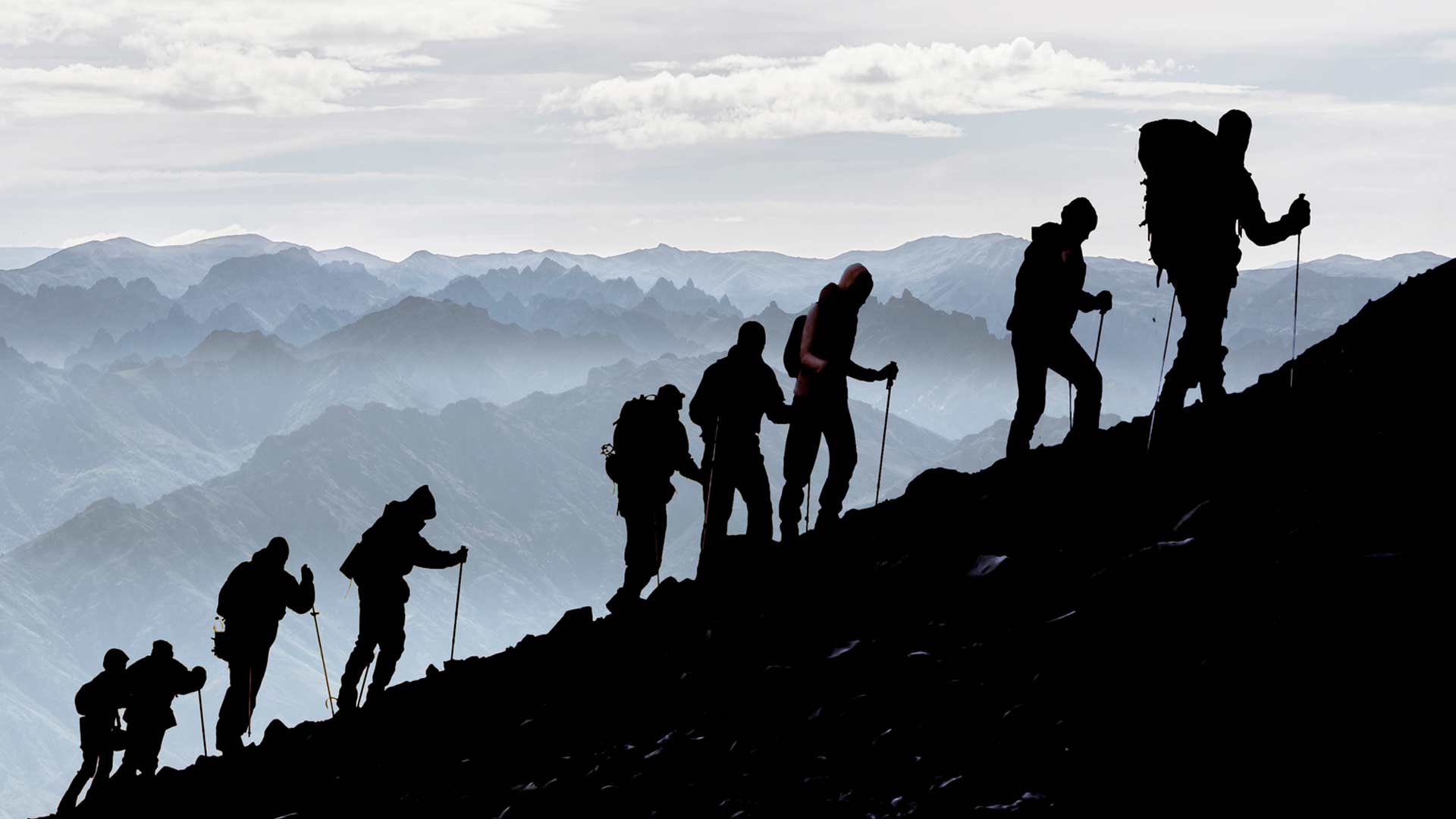 I want to share my correspondence from various people around the world who expressed their feelings, voices and beliefs about the concept of “white privilege,” “systemic racism” and “critical race theory” in our country. I have deleted the names of these individuals in order to protect their privacy; and I also obtained their permission to publish their comments.

From Juneau, Alaska — Thank you for your My Turn columns. I have a similar background to yours; I too am an immigrant … My family faced very similar struggles. We love this country and any of our successes are not a product of “white privilege,” but of hard work and dedication. We faced discrimination because we were foreign, but we overcame it and are not bitter against anyone. I agree the term “white privilege” is by definition racist. It’s really frightening that this fact is not patently obvious. But I am afraid these individuals are driven by pure activism—the “useful idiots.”

It’s also frightening that freedom of speech is under attack. It is fundamental that we protect freedom of speech, especially of those we disagree with. Otherwise, how can we ensure it be there for all? Like you, I escaped communism/socialism … Never in my wildest dreams would I have imagined we would be facing suppression of freedom in this country. Take the Goya boycott, for example. And all the nonsense with “white privilege” that you have so eloquently addressed. It is incredible that the people promoting “white privilege” rhetoric don’t see how it is the very definition of racism.

What I find interesting is that the “white privilege” rhetoric is promoted largely by the “useful idiot” activists and economically disadvantaged people of color in the inner cities. I haven’t seen the average black professional or executive promulgating these ideas. And I don’t count the Hollywood types or professional athletes in the mix. There are many very successful individuals in the black community who don’t subscribe to the BLM ideals, and don’t believe they have been disadvantaged because of the color of their skin. I believe the disadvantage faced by people in the inner cities is the result decades of failure in leadership by their elected officials, most of who are liberal politicians.

From Bend, Oregon — The “useful idiots.” It is especially ironic that so many, if not most, of these idiots are highly educated people. I guess it just demonstrates how political ideology, especially combined with mass media propaganda, can so easily brainwash people, who actually participate in the brainwashing willingly. What we are seeing in this country is really amazing; but it’s also very frightening and very discouraging.

From Ottawa, Canada — Interesting discussion. I have often felt “grouped“ into categories like “female,” “white,” “privileged,“ “second generation immigrant,“ “invisible minority,” “feminist,” and “Jewish,“ as if they were mutually exclusive; as if I must belong to one and drink the Kool-Aid. As if “black lives matter,” one must not say “all lives matter.” If you’re a feminist you can’t also be a Zionist. If you’re white you can’t feel racial discrimination because of white skin. None of this is how I see the world.

My reality is not a package of beliefs imposed on me but rather it is exclusive to me and composed of many complicated threads. I feel erased when skin color is made a dividing line. This is what I understand is “cancel culture” or “utopian socialism” as you call it. Aware that blacks and indigenous feel erased, but where do pogroms that sent our grandparents out of Russia fit into this?

Sasha [Alexander] I’d love to hear your view of what life was like for our forefathers who chose to leave and for those who chose to stay in Russia.

From Haines, Alaska — It’s really pretty amazing to me how so many, if not most, of the Jews in your synagogue have bought into the white privilege guilt trip, especially considering the history of the Jewish people and their intelligence. All I can figure is that it must involve having their identity wrapped up in the notion of being a “liberal progressive” (what a misnomer!) and a Democrat; and then simply following along with what they think that group believes and does.

It must be part of a basic need to belong to a group, because any truly independent thinker must see the hypocrisy in their racism, the nonsense in their thinking, and the intolerance in their judgement of any ideas that differ from those of their group. Ironically, I’m sure that virtually all those people you know and who have responded to you, too, are truly well-intentioned people trying to be good citizens and members of their communities. But I think this “white privilege” b.s. is a logical outgrowth of the whole idea of “affirmative action,” which is another blatantly racist behavior that we have been living under ever since the 1960s.

Affirmative action, based on the idea that reverse racism is the best way to make up for the sins of past racism, has been enshrined into our legal system by all three branches of government and has become accepted by all but a “right wing” conservative minority as totally okay and normal in this country.

I think “white privilege” is a relatively small step from affirmative action; “reparations” will be next and coming soon. Personally, I’ve never been able to swallow affirmative action — I’ve always seen it as pure racism, directed at whites (especially white males), and totally unfair and against the ideals of the U.S. constitution. I’ve lived with its effects, especially in the federal government, my entire working life, and I believe it actually does an injustice to even those it supposedly serves.

But anyway, I think this b.s. about “white privilege” and “cancel culture” and all the other identity politics that Democrat party leaders have believed serves their interests so well must be reaching a crescendo by now, and hopefully it’s finally going to become too much for the majority of Americans to swallow.

The privilege many have enjoyed in our country is because they applied themselves diligently regardless of their color, ethnicity or race.

From Anchorage, Alaska—As the son of a Norwegian immigrant, I can only say that the hard work for success you describe parallels the path of my grandfather and even my father as they struggled to make a living and to learn the language. Even though the whole family spoke Norwegian my grandparents insisted that the family speak English in the home to try to learn the language of their new country.

You can be rightfully proud of all you accomplished with your honest efforts towards success. You and I don’t know each other at all but may I say, “Well done!”

To summarize the above correspondence, people who focus on skin color alone are focusing on a very visually obvious factor, but they ignore the more important qualities of intelligence and hard work.

Indeed, the privilege many have enjoyed in our country is because they applied themselves diligently regardless of their color, ethnicity or race. Today in America, opportunity is available to nearly everyone. Maybe that was not as true decades ago, but certainly today. Those who either want hand-outs or want to provide hand-outs for free fail to understand that personal success and accomplishments are far more rewarding than charity.

The views expressed here are those of the writers.