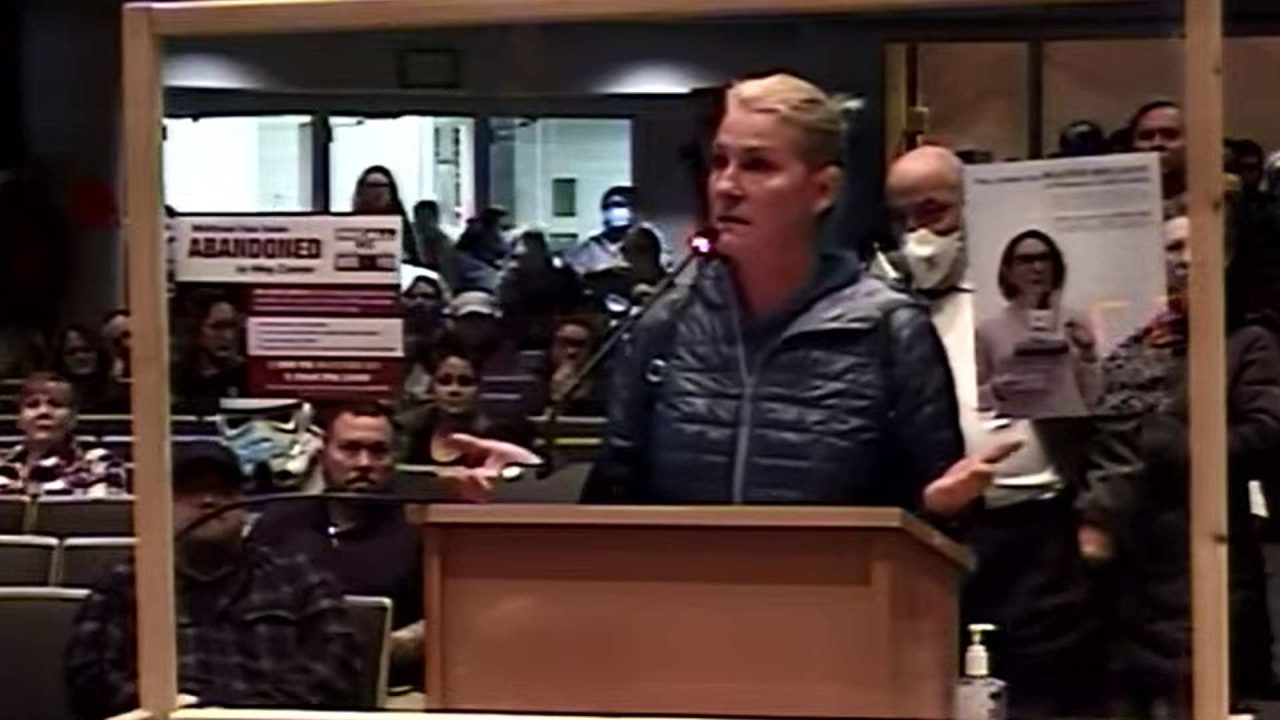 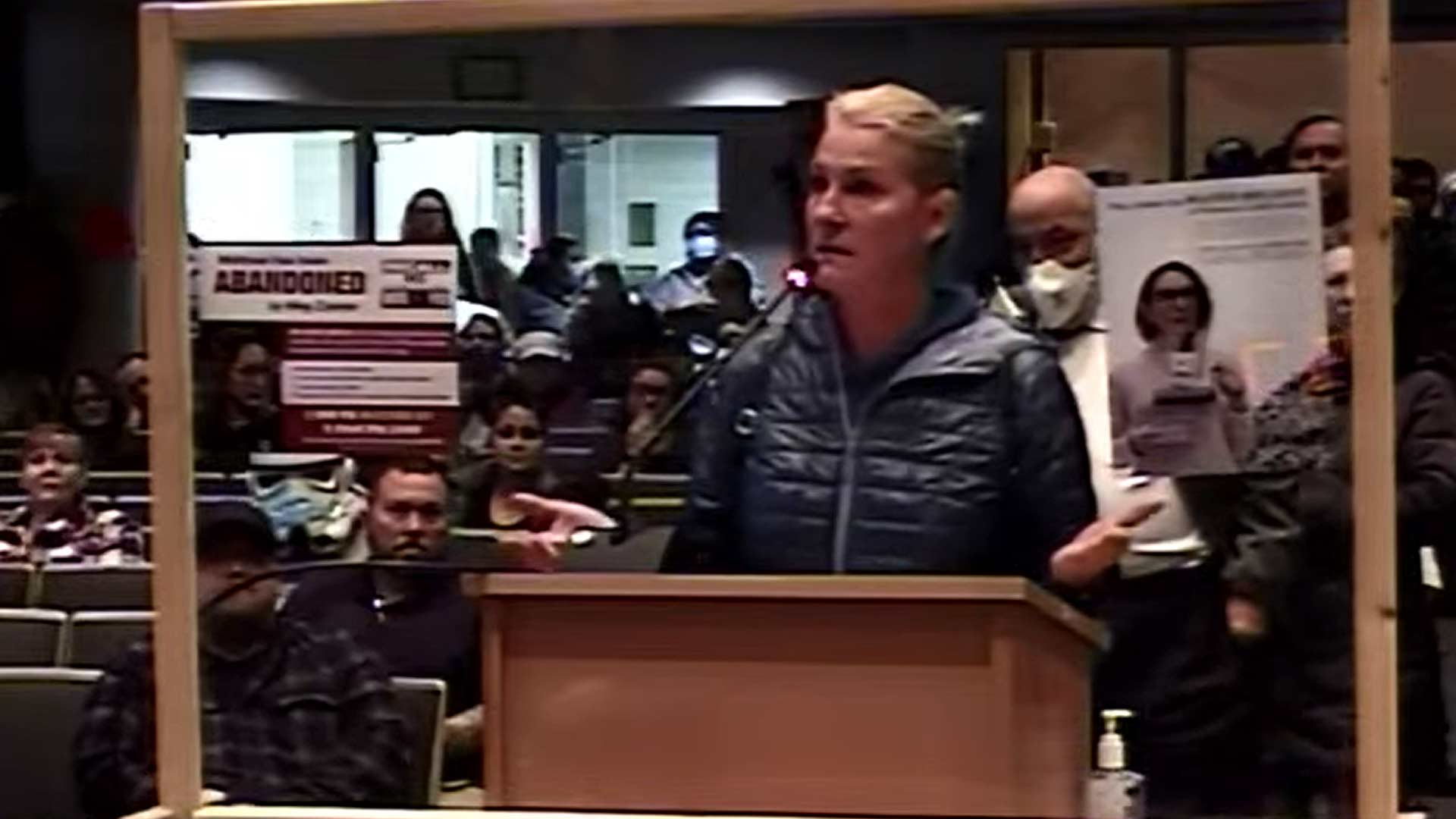 In a room again filled with those opposed to their actions, the leftist majority on the Anchorage Assembly voted 9-2 to override Mayor Bronson’s veto of the mask mandate, which Assembly members passed on Oct. 12. Assemblywomen Jamie Allard and Crystal Kennedy were the only “no” votes.

Each member voted via roll call. The nine “yes” votes were roundly booed while the two “no” votes drew cheers and applause.

Unlike past meetings, assembly Chair Suzanne LaFrance made little effort to silence or threaten the crowd for making noise.

When Assemblywoman Meg Zaletel voted to override the veto, one person shouted, “recall” in reference to the fact that she is facing a recall election on Oct. 26. The ballots to remove her from office have already arrived for residents who live in Assembly District 4.

Before the vote, Assemblywoman Crystal Kennedy urged her colleagues to abandon the veto override. She expressed concern that the mandate has deeply divided Anchorage and suggested that many on the Assembly simply wanted to send a message to the mayor.

“Overriding a veto by the mayor of something of this magnitude is not a good idea,” she said.

Assemblymembers Pete Peterson and Christopher Constant briefly defended their actions, claiming they were overriding the mayor because they believe it was the right thing to do.

The fix was in from the beginning, as the overwhelmingly left-leaning Assembly was determined to override the conservative mayor. In the end, it may not matter, as Bronson has stated that there will be no fines, fees or other penalties for ignoring the mandate. Since he has control over enforcement the mandate is essentially a recommendation.

After the vote, LaFrance announced that public comment would end at 5:30 p.m. sharp, leaving the crowd with a mere 15 minutes to address their elected representatives on what is arguably the most divisive issue in the city’s history.

This meant only four people could testify, with a long line waiting behind them.

The first speaker proposed that children be taught a “mask curriculum” so they could understand the barrage of media and governmental lies about the necessity to mask. She said children need to see faces and interact with a world without masks. She emphasized that people “own their own body,” and the government does not have “super powers” to control people.

The second speaker stated, “We will live in strength .. we simply won’t play your game.”

Up next, a woman from Zaletel’s District 4 used her three minutes to post recall Zaletel flyers on the plastic barrier in front of the podium. She then proceeded to open her ballot, and vote to recall Zaletel. She urged others in District 4 to do the same.

Speaking last, a woman said she was “concerned that the Assembly has lost trust with the public,” and reminded them that they represent people who disagree with their overreach.

The meeting adjourned at 5:30 p.m. with no further testimony permitted.

Following the meeting, Mayor Bronson immediately issued a statement condemning the mandate, which was passed as an emergency ordinance on Oct. 13 in order to shut down the ongoing public hearing which lasted through seven meetings.

“The nine members who voted for this mask mandate ignored the public process, shut down public testimony, shut out the people, and decided that they (not you or your healthcare provider) will make decisions about your personal health,” Bronson said via Facebook.

“Also, 7 members (Dunbar, Constant, Petersen, Zaletel, Quinn-Davidson, Rivera, Perez-Verdia) also voted to shut down public testimony/participation to not allow you to speak again after the veto override,” he added. “It’s clear they don’t want to hear from you.”

He said the Assembly’s actions amount to yet another effort to “force the citizens of Anchorage to do their will” without being able to petition their government.

The mayor then listed every exemption to the mandate. This includes children under five, prisoners, musicians, presenters, those eating, drinking or itching, employees working alone, vaccinated employees who don’t interact with the public or work with the unvaxxed, those who can’t wear mask due to work safety concerns, those who can’t tolerate a mask due to physical or mental disability, athletes engaged in a sport, people working out and religious gatherings. The mayor and his executive team area also exempted from having to wear masks.