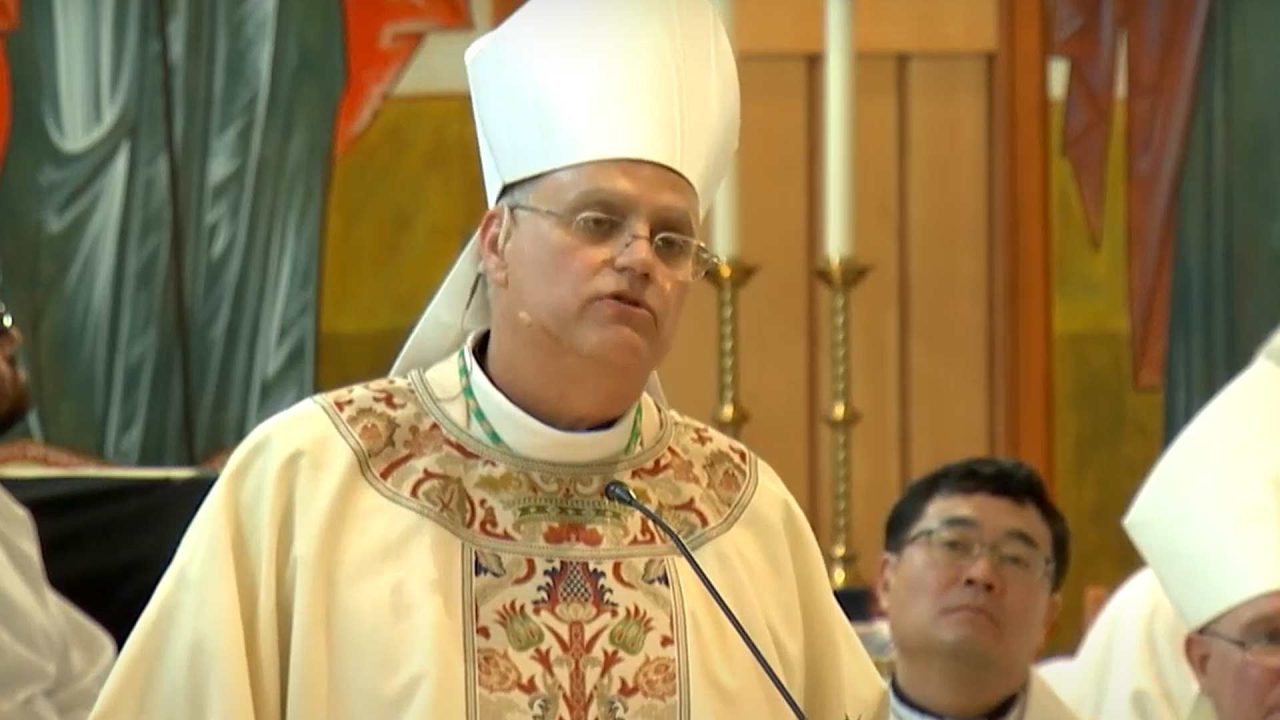 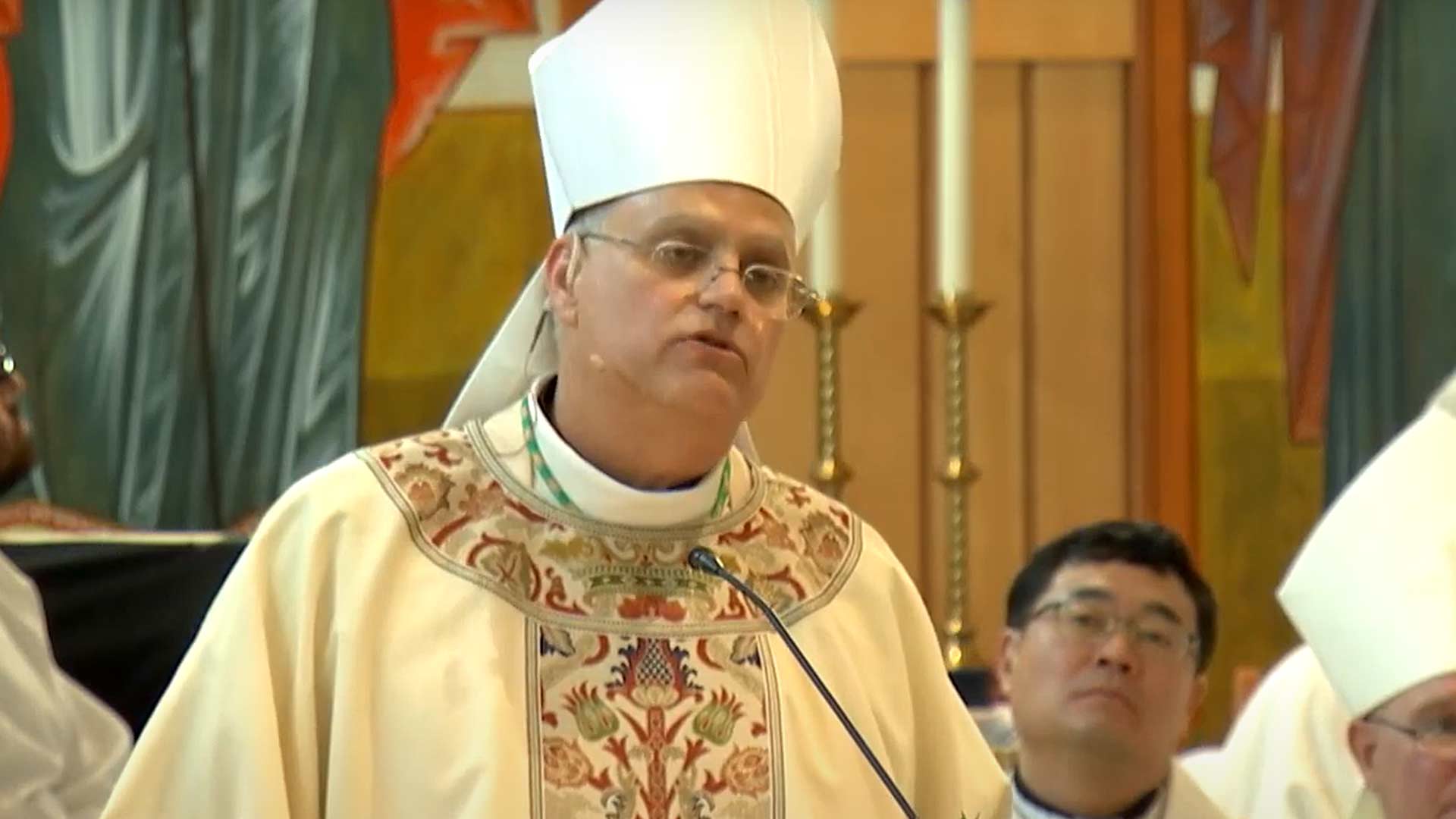 The broader cultural war between traditional and progressive branches of Christianity is now playing out between an Alaska archbishop and a small conservative Catholic school in Anchorage.

Founded by parents in 1987, Holy Rosary is nationally recognized by multiple Catholic accrediting societies, and regularly acknowledged as one of the top independent Catholic schools in the nation. It is also well known for promoting traditional Catholic faith and morals while providing a rigorous classics-based education, rooted in Greek, Latin, church history and the Western cannon.

Each class begins with prayer and students study religion daily. On the first Friday of each month, they adore the Lord in the school’s chapel, and during Lent students pray the traditional Stations of the Cross as a class.

In accordance with church law, however, the local archbishop has authority to determine which institutions are officially considered “Catholic” in his archdiocese. Bellisario’s three previous predecessors all recognized Holy Rosary as a Catholic school in good standing. They allowed local priests to celebrate Mass, teach classes, hear confessions and provide spiritual care and support for children and staff.

That may all change on Oct. 25 at 5 p.m. if the school does not acquiesce to a litany of stipulations from Bellisario who was appointed archbishop of the Anchorage-Juneau Archdiocese in 2019.

If Bellisario follows through with his threat, priests could be barred from ministering to children at the school. That means no celebration of Holy Communion or any other sacraments on campus, except for emergencies. It would also entail removing the Body of Christ from the school’s small chapel.

“This is a bewildering and disheartening situation for all of us,” the school board stated in an Oct. 21 letter to parents.

According to the letter, Bellisario wants control over all staffing, curriculum decisions, business operations, health and safety protocols and approval of guest speakers and presentations.

“We are saddened to have to write and let you know that, for the first time since the founding of Holy Rosary Academy in 1987, the local bishop has indicated that he may rescind recognition of HRA as a Catholic school in our archdiocese,” the letter states.

The letter to parents expressed frustration that Bellisario is threatening the school’s Catholic identity without first visiting Holy Rosary or talking to faculty, staff, alumni, benefactors, students or families to “assess how deep our Catholic identity runs at HRA.”

Holy Rosary’s board is deeply concerned about Bellisario’s intent to take absolute control over the classical curriculum, which employs the Trivium, a traditional course of study that follows the historic academic practice of developing memory (grammar), sound reasoning (logic) and communication skills (rhetoric).

Board Chairman Sam Wolfe said it is critical to preserve this method, and to do so the school must maintain its independence to recruit teachers, staff and board members who share this vision.

“Holy Rosary Academy was recently named the top private high school in Alaska by USA Today and Niche. We did not obtain that accolade by following any curriculum other than the one we have cultivated and refined for many years now, as a classical and Catholic institution,” he said. “We would not be able to attract and retain such talented and accomplished faculty as we do under archdiocesan structures and the usual fixation on Common Core and other educational fads that characterize Catholic schools’ offices in America today.”

When asked if he thinks Bellisario’s threats are part of a larger problem playing out across the church and wider culture, Newcomb said it was “hard to see it in any other light.”

“There are independent Catholic schools in America that are not officially recognized as ‘Catholic’ by the local (bishop), but that are allowed to have the sacraments on campus, so this does have the look and feel of something gratuitous,” he said. “As a parent asked me recently, ‘Who stoops to weaponize sacraments?’ I wish I had a consoling answer to offer her.”

Newcomb noted that a number of self-proclaimed Catholic politicians across the nation openly flaunt church teaching by promoting abortion, yet still receive Communion at Mass.

“Are our students less Catholic than national pro-abortion politicians?” he asked. “Five minutes of conversation with even our kindergarten class would set the record straight on that score.”

Wolfe said there has been long-standing tension between the archdiocese and Holy Rosary.

“I can’t tell you what’s at the heart of the archbishop,” he said. “In the past, there has been some feeling that we are competition for the archdiocesan schools. I don’t know how much that is playing into the current mix.”

He also noted that there may be an ideological difference.

“We are teaching orthodox Catholicism and not any type of modern or new theology,” Wolfe said. “I know there is a certain kind of concerted effort to stamp that out and we can see that going on across the country or even the world.”

Wolfe said families who send their kids to Holy Rosary – including non-Catholics – are drawn by the school’s firm commitment to its core values.

“We attract a certain kind of family and it’s all about those traditional values,” he said. “Even families that are not Catholic still hold the same kind of traditional American values and see the benefit of the education.”

On Oct. 21, the school held a townhall gathering with parents to discuss Holy Rosary’s future. Wolfe recalled that one non-Catholic parent gave an impassioned statement urging the school to stand firm in a world that is awash in uncertainty and confusion.

“She described Holy Rosary as a refuge,” Wolfe said. “And she just implored us to not let this refuge be taken away or breached.”

The letter to Holy Rosary parents explained that the school has tried in vain for months to negotiate with Bellisario and find common ground.

If Bellisario follows through with his threat, it will not affect the school’s accreditation, curriculum, or the regular academic operations, the board said. “Our mission, identity, and commitment to serving Catholic families and forming Catholic students will remain unchanged.”

Holy Rosary parents are organizing a rally for Friday, Oct. 22, at 5 p.m. outside Our Lady of Guadalupe Cathedral (3900 Wisconsin Street) in Anchorage to protest Archbishop Bellisario’s threat to remove the school’s Catholic identity.

“It is clear that our school needs us parents to step up to help our school and the students retain their access to the holy Sacrifice of the Mass and Sacraments,” a notice for the protest states.

The rally will include “prayerful, respectful action,” and prayer through all 20 decades of the Rosary.

Bishop Bellisario will likely get a firsthand experience of the rally, which begins at 5 p.m. and ends just before he celebrates a special liturgy for incoming deacons at the cathedral that night.