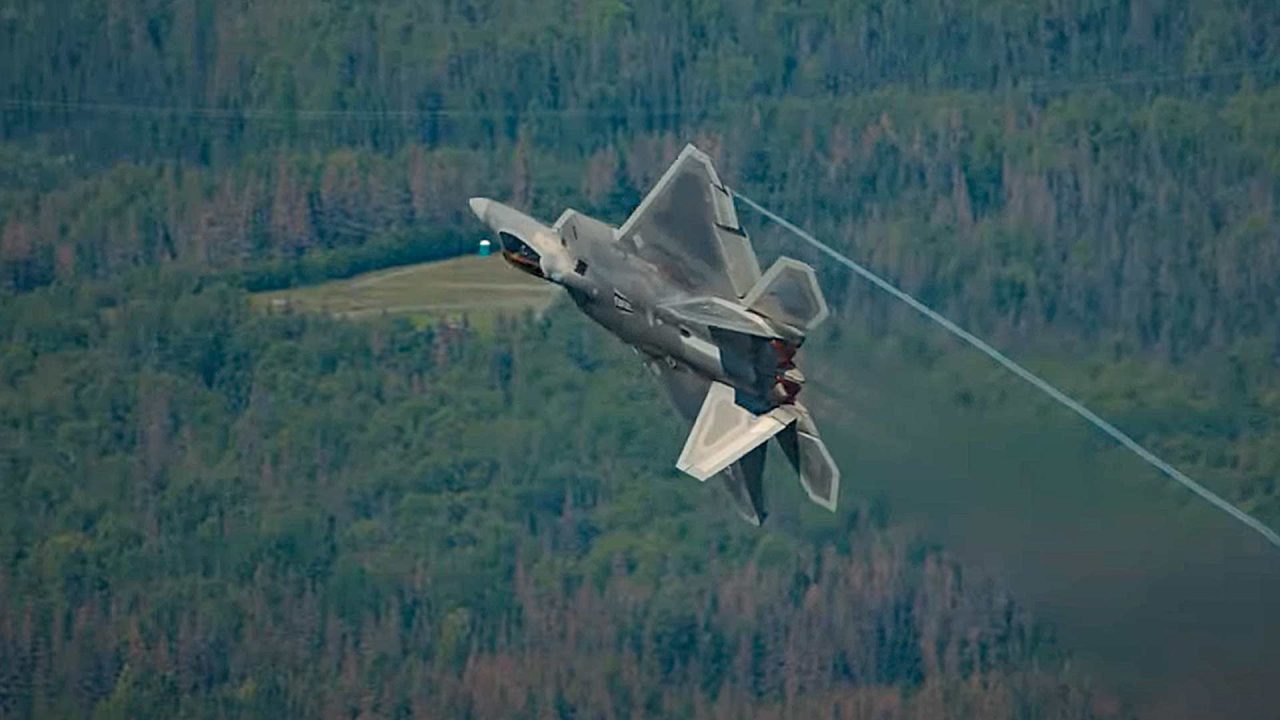 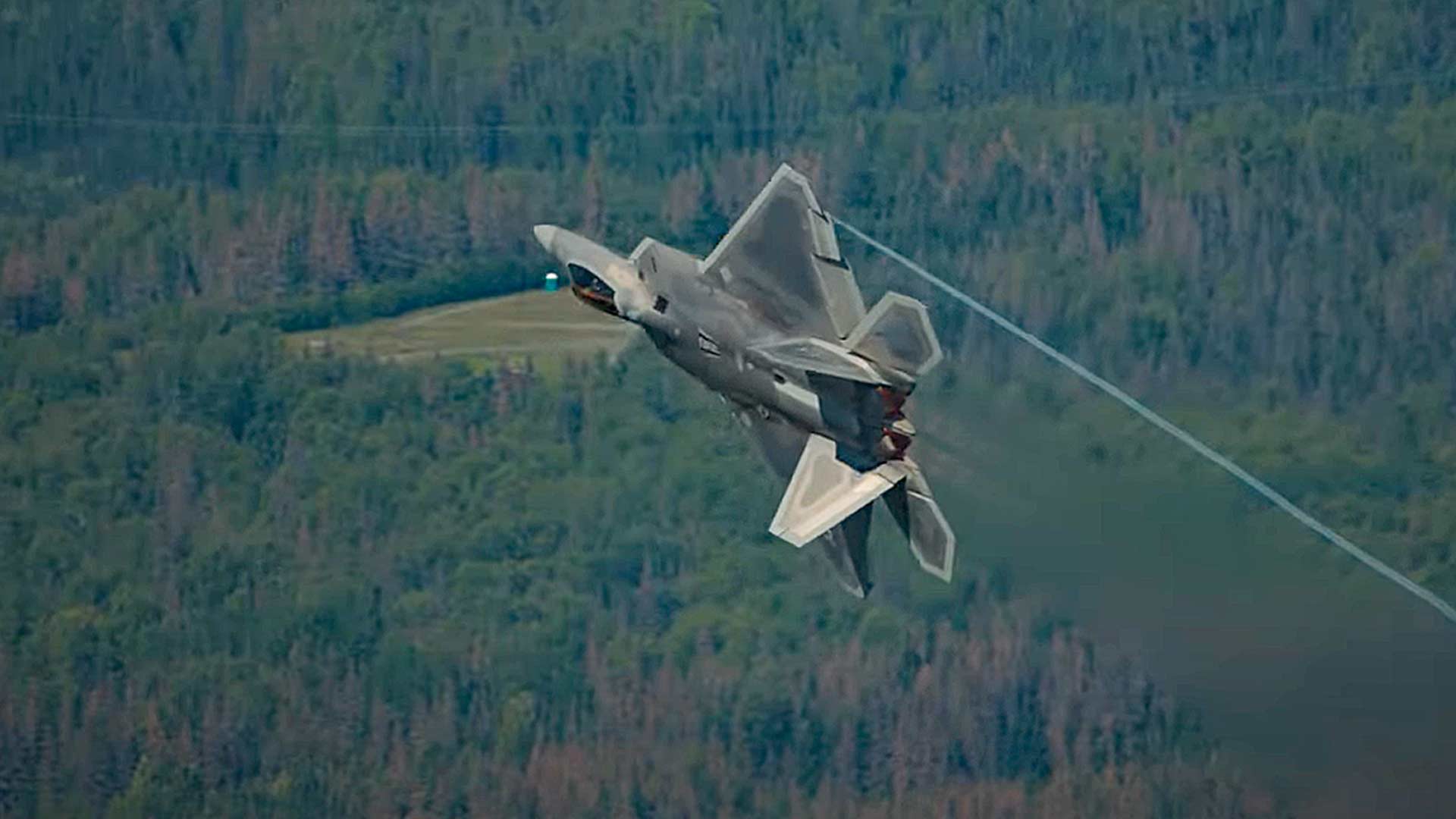 The biennial display of Air Force strength and skill takes to the skies July 30-31 when Joint Base Elmendorf-Richardson hosts its popular Arctic Thunder open house for all Alaskans.

“We open our doors every other year and share our unique life and culture with a community who contributes so much to our ability to engage globally and protect locally,” a notice for the event states.

Seven different international partners are expected to participate during the event, which includes seven hours of high-octane aerial demonstrations.

Featured aerial performances will include the following:

F-16 Demonstration: The PACAF F-16 Demonstration Team is assigned to the 14th Fighter Squadron — one of two fighter squadrons assigned to the 35th Fighter Wing as Misawa Air Base, Japan. The team includes a hand-picked all-volunteer cadre of one pilot, two narrators and a maintenance team composed of four crew chiefs and five specialists responsible for the aircraft’s avionics and electrical systems and engines. Besides their weekend show schedule, team members must be ready to deploy in support of the 35th Fighter Wing’s wartime mission while handling their day-to-day jobs within the squadron.

C-17 Demonstration Team: Flying the newest, most flexible cargo aircraft in the USAF, the Pacific Air Forces C-17 demonstration team embodies Air Force’s global reach mission. Showcasing the operating capabilities of the fly-by-wire C-17 includes tactical departures, maneuvers, and its ability to take-off and land in distances as short as 3500 feet, at weights up to 585,000 pounds. A strategic airlifter capable of tactical insertion of troops and oversized equipment like a fully loaded M1 Abrams tank, the C-17 represents the present and future of Air Force airlift.

Anthony Oshinuga: Anthony Oshinuga is a mechanical engineer and aerobatic pilot. Flying a Pitts Special Custom S-1S Aerobatic Biplane dubbed “Black Hawk,” crowds can expect a spectacular performance, showcasing an impressive display of precision and speed. Oshinuga made history in 2015 when he became the first African American to enter the Reno National Championship Air Race and earn a podium finish.

Melissa Dawn Burns: Melissa is a professional aerobatic pilot, display skydiver and B.A.S.E. Jumper. In 2006, at 22 years old she became the youngest female member of the United States Unlimited Aerobatic Team in history. She placed 3rd overall in the 2015 World Aerobatic Championships after 10 years of competing at the Unlimited World Level. Melissa was named the Fastest Woman in the World at the World Champion Wingsuit B.A.S.E. Jumping Race in Norway in 2015 and has participated in numerous Skydiving World Records. Today she travels with her team performing in Airshow Displays for audiences worldwide.

Tom “Lark” Larkin: Larkin received an Aerospace Engineering degree from Georgia Tech, and then entered the Air Force for pilot training in 1984. He was selected as a T-38 Instructor pilot, and then progressed to the F-15C. He was awarded Top Graduate in F-15 school, and flew 22 missions in northern Iraq in support of Operation Northern Watch and Provide Comfort. He was later selected as an instructor for the Air Force Fighter Lead-In School in the AT-38. He left active duty in 2000, and now resides in the Denver, CO area. During the show, Tom will be performing a cross section of maneuvers that he routinely used while instructing and flying fighters in the Air Force.

Undaunted Airshows: This Pacific Northwest airshow team goes by call sign “Orca Flight,” was formed in 2020. This two-ship formation/aerobatic team demonstrates fluid aerobatic formation flying, dynamic head-to-head merges and dogfighting like rejoin sequences. Stephen Christopher flies the lead pilot position and Todd Rudberg flees the wing position. Todd and Stephen began flying together in 2010 with the Blackjack Squadron. Stephen is a leader in the formation flying community and has flown in air shows with the West Coast Ravens and the Lightning Formation Airshows. The team flies the extremely popular Vansaircraft RV series of homebuilt sport aircraft.

The U.S. Air Force Band of the Pacific

The event includes free admission and parking, along with a host of food vendors.

Click here more information about the event, including prohibitions on certain vehicles and items that will not be allowed onto the base.