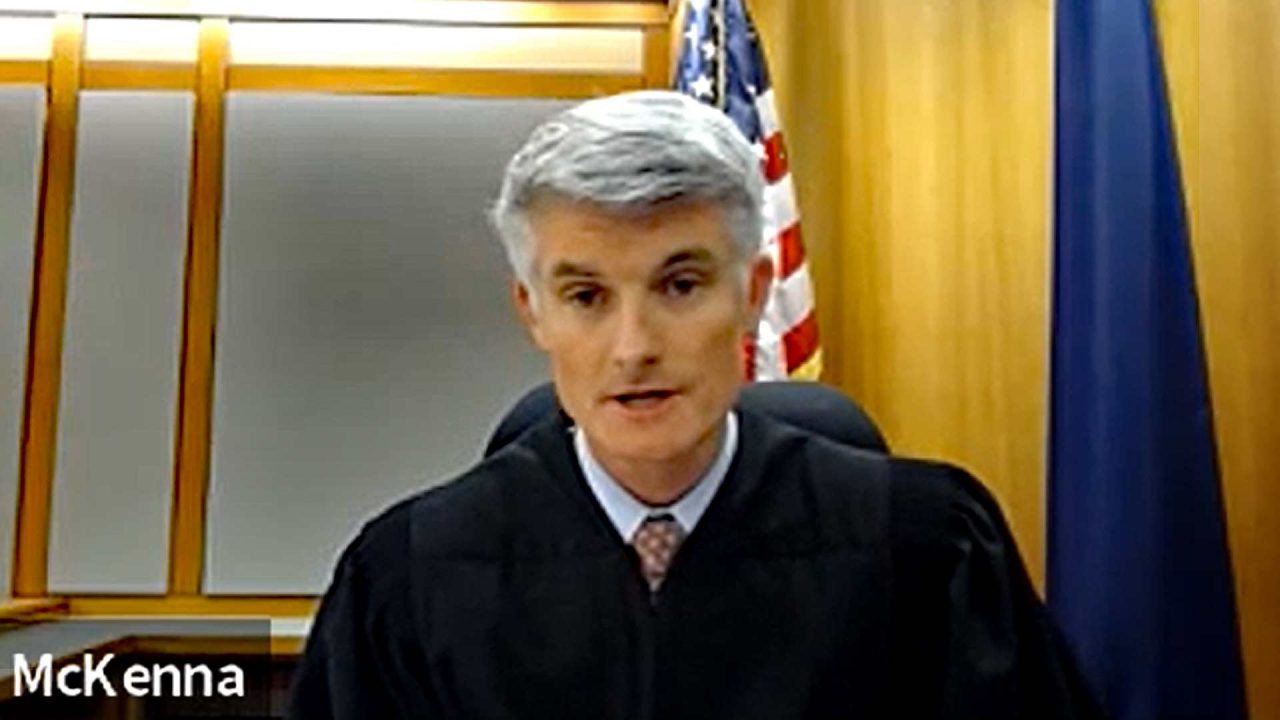 Judge set to decide whether Rep. Eastman can appear on Nov. 8 ballot 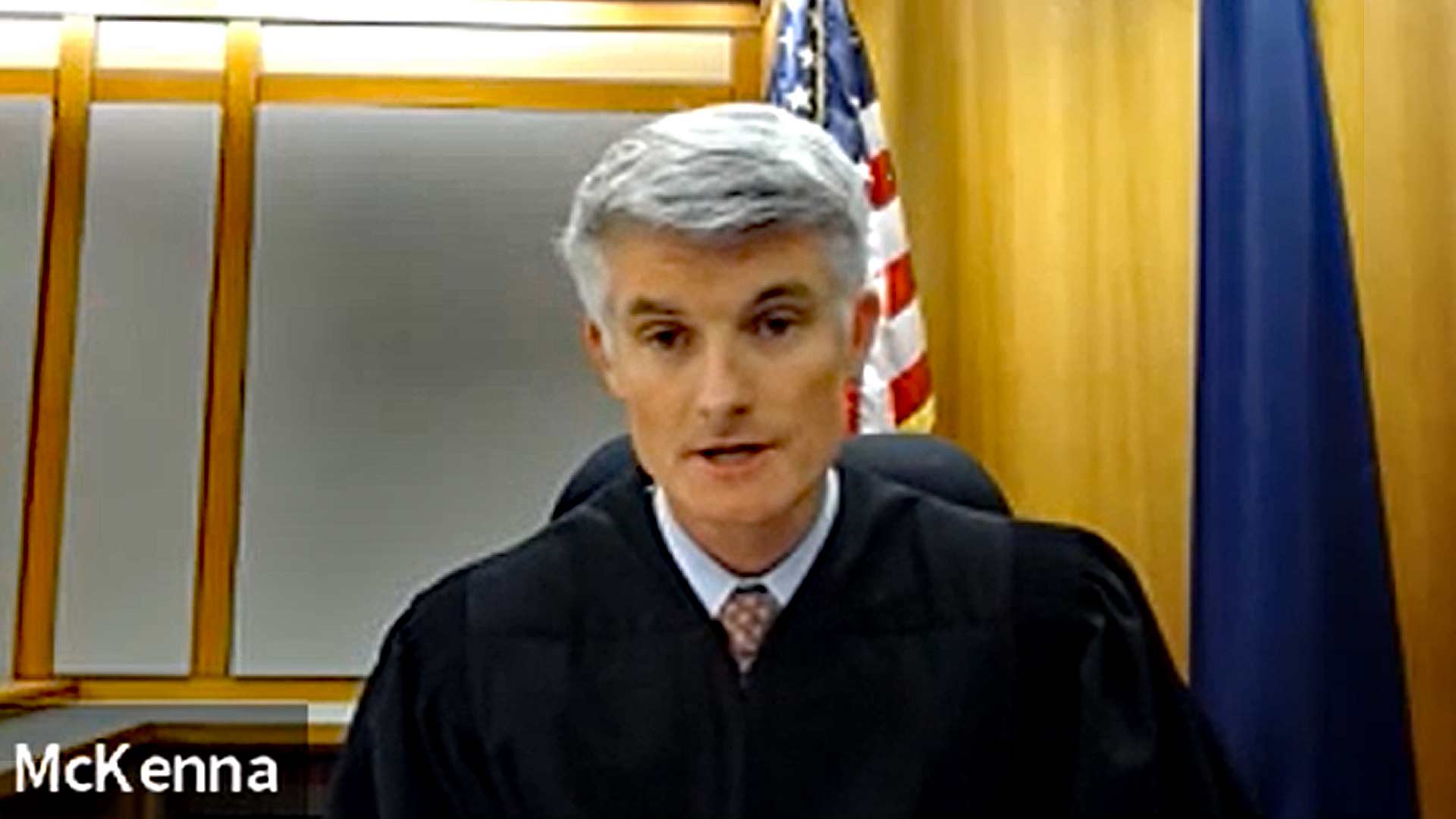 In a Sept. 20 hearing, Eastman’s attorney – former U.S. Senate candidate Joe Miller – argued that attempts to remove Eastman from the ballot amount to an unsubstantiated and politically motivated hit job against a conservative politician.

The case involves former Mat-Su Borough Assemblyman Randall Kowalke, who is being assisted by the hard-left legal group Norther Justice Project. Kowalke asserts voters shouldn’t even have the option of voting for Eastman because of his membership with the national Oath Keepers group, an organization that Kowalke claims advocates for the overthrow of the federal government.

Kowalke says Eastman’s membership violates the Alaska Constitution’s loyalty clause and he wants Judge McKenna to order the Division of Elections to disqualify Eastman from the ballot.

The loyalty clause states: “No person who advocates, or who aids or belongs to any party or organization or association which advocates, the overthrow by force or violence of the United States or of the State shall be qualified to hold any public office of trust or profit under this constitution.”

Earlier this summer, the Division of Elections reviewed a complaint by Kowalke in which he asked for Eastman to be nixed from the ballot. The state agency, however, determined that Eastman was a candidate in good standing, regardless of his membership with Oath Keepers.

Kowalke doesn’t think the Division of Elections faithfully carried out its mission to vet candidates. Since his case against Eastman doesn’t officially begin until mid-December, he wants a judge to step in with a preliminary injunction that removes Eastman from the Nov. 8 ballot.

Kowalke’s main argument revolves around the fact that some Oath Keepers have been charged – but not convicted – in the events that unfolded on Jan. 6, 2021, at the U.S. Capitol. Two members of the 38,000-member national organization have pleaded guilty of seditious conspiracy to try and stop the certification of the presidential election.

Despite the actions of a small percentage of its members, Oath Keepers bylaws do not call for the overthrow of the government, and neither has Eastman.

Fletcher tried to lump Eastman in with the few bad actors from Jan. 6, and argued that allowing him to stay on the ballot would cause “irreparable harm” to voters in State House District 27 because Eastman might later be deemed ineligible to hold public office after the main December trial regarding his Oath Keepers membership plays out.

“If we start saying that somebody who has an association with a disfavored group can’t run for office, what have we become?” Miller asked the judge.

Miller countered by saying that none of the allegations against Eastman have been proven, and that the entire case shows a “reckless disregard” for evidence – resting on mainstream press reports and complaints by Eastman’s political opponents.

Miller said the entire Oath Keepers organization has been “drug through the media” as an insurrectionist group, despite the fact that there has only been a few dozen of them indicted out of tens of thousands of law-abiding members.

He pointed out that every Oath Keeper takes an oath of allegiance to uphold the federal constitution. Mere association with a group that may have some bad actors should not be sufficient to bar a candidate from running for office, Miller maintained.

“If we start saying that somebody who has an association with a disfavored group can’t run for office, what have we become?” Miller asked the judge.

Furthermore, he noted that Alaska’s disloyalty clause mandates public office holders to take an oath to the state and federal constitutions at the time they are sworn in – something which Eastman has done repeatedly.

Eastman’s decision to attend former President Donald Trump’s speech on Jan. 6 is not evidence that he supports insurrection.

“The oath is the means by which you determine whether or not somebody is in compliance,” Miller argued.

He added that Eastman’s decision to attend former President Donald Trump’s speech on Jan. 6 is not evidence that he supports insurrection. In fact, there were tens of thousands of peaceful, law-abiding citizens who turned out to listen to their sitting U.S. president give a speech that day.

If the court removes Eastman from the ballot based of his membership with Oath Keepers, it would not only disenfranchise voters, but cause irreparable harm, Miller said.

Miller also suggested that Eastman’s Oath Keepers membership is tenuous, at best. He signed up on an email list 13 years ago, made a one-time donation and then received a “lifetime membership” certificate in the mail. Since then, he has never attended an Oath Keepers meeting or rally, nor has he once advocated for the violent overthrow of the government.

“There is no way the plaintiffs can contest those facts, and they haven’t,” Miller said.

Arguing on behalf of the Division of Elections, Assistant Attorney General Lael Harrison said Judge McKenna should reject the plaintiff’s request against Eastman.

She said the Division of Elections was fully aware of Eastman’s attendance at the Jan. 6 rally and his Oath Keepers membership – neither of which was found to be sufficient grounds to remove him from the ballot.

Furthermore, Harrison noted that the Division of Election’s primary job is to ensure public confidence in elections, and that anything which disrupts that process has the “potential to cause an actual problem or a perception concern in the eye of the public.”