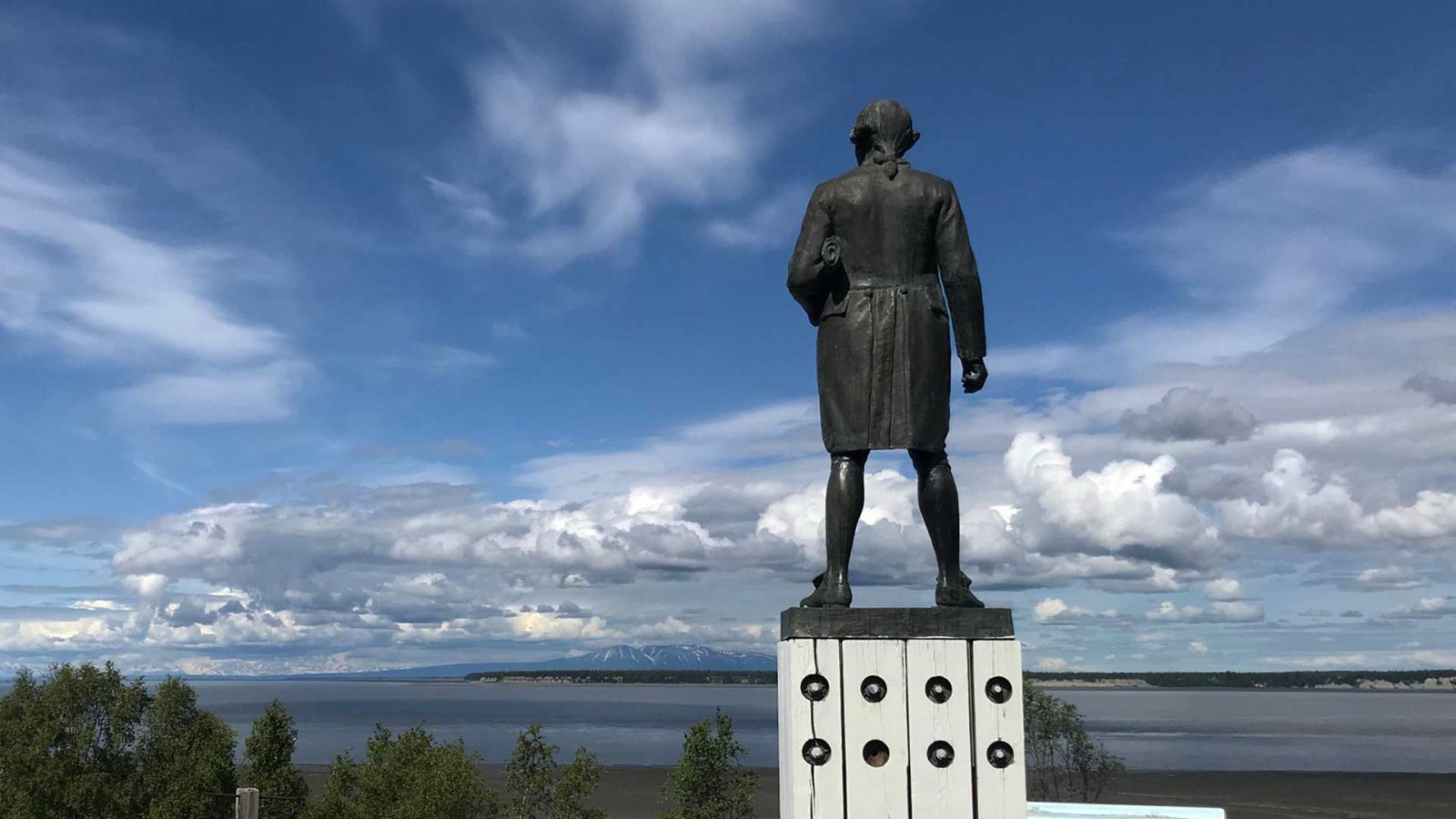 In determining the fate of the historical monument to Captain James Cook, Anchorage Mayor Ethan Berkowitz has been asked to include a much broader public process than merely having the Native Village of Eklutna decide the fate of a historic marker which has overlooked Cook Inlet for the past 44 years.

The Anchorage Assembly narrowly passed a resolution to this effect at its July 14 meeting. Proposed by Assemblyman John Weddleton, it asks the mayor to begin a public review process that involves the Parks and Recreation Commission, the Curator of Public Art, the Public Art Committee and a public hearing.

Municipal attorneys said the Assembly’s request was just that, and that city code does not stipulate how the mayor goes about deciding whether to remove or alter the Cook monument. Berkowitz has already asked the Village of Eklutna to decide what to do with the statue and he did not commit to following the Assembly’s recommendation.

Instead, he reiterated his initial approach in which he believes “decisions about the Cook statue should be made by the Native Village of Eklutna.” As the process expands later on, Berkowitz said future monuments and statues should give deference to names that were in use prior to the arrival of Captain Cook.

Assemblywoman Meg Zaletel resisted having a broader public process with regard to the Cook statue. While open to the idea in the future, she opposed doing so in this case.

Assemblyman Kameron Perez-Verdia also voted against recommending wider public input on the Cook statue’s fate, saying that whatever process is used, he wants to ensure that “a guy that spends two weeks in our inlet is not named after everything. That’s what I don’t want to get back to.”

Cook wasn’t just any old guy, however. He is widely considered to be the foremost British explorer of the 18th century, and the statue was a gift from the British Petroleum Corporation and Anchorage’s sister city of Whitby, England, where Cook began his naval career. Whitby has a replica of the statue to show solidarity with Anchorage in honoring the man who braved the frozen Arctic in attempting to find the fabled Northwest Passage trading route to Asia. Cook anchored his ships outside of what is now Anchorage and his journey is recorded in the oral history of the Native Dena’ina people.

A lasting impact of his Alaska journey is the detailed charting of the coast, including Cook Inlet, Prince William Sound and Puget Sound. The charts were widely used by ships across the world until the 20th century.

Despite these historic contributions, there have been occasional criticisms that the Cook monument overshadows the more ancient native civilizations. In the aftermath of George Floyd’s death in Minneapolis this past May, protesters have destroyed monuments and demanded the purging of a whole host of statues that commemorate European history across North America.