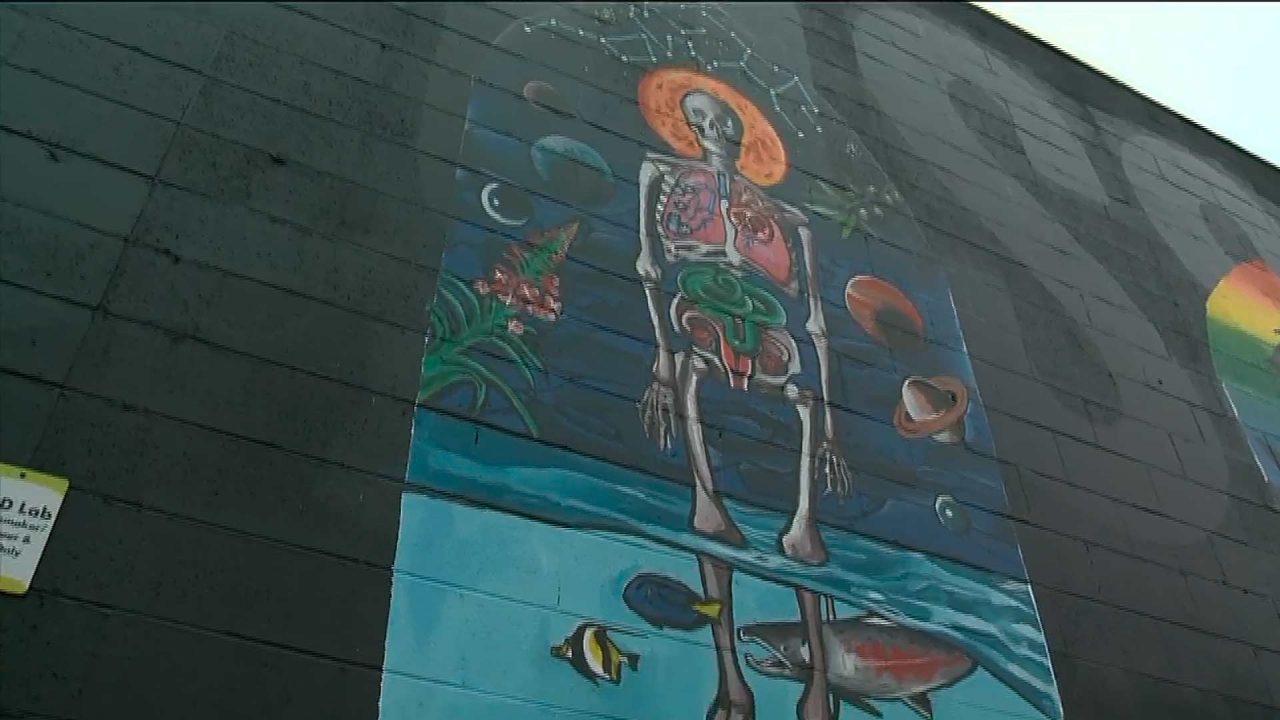 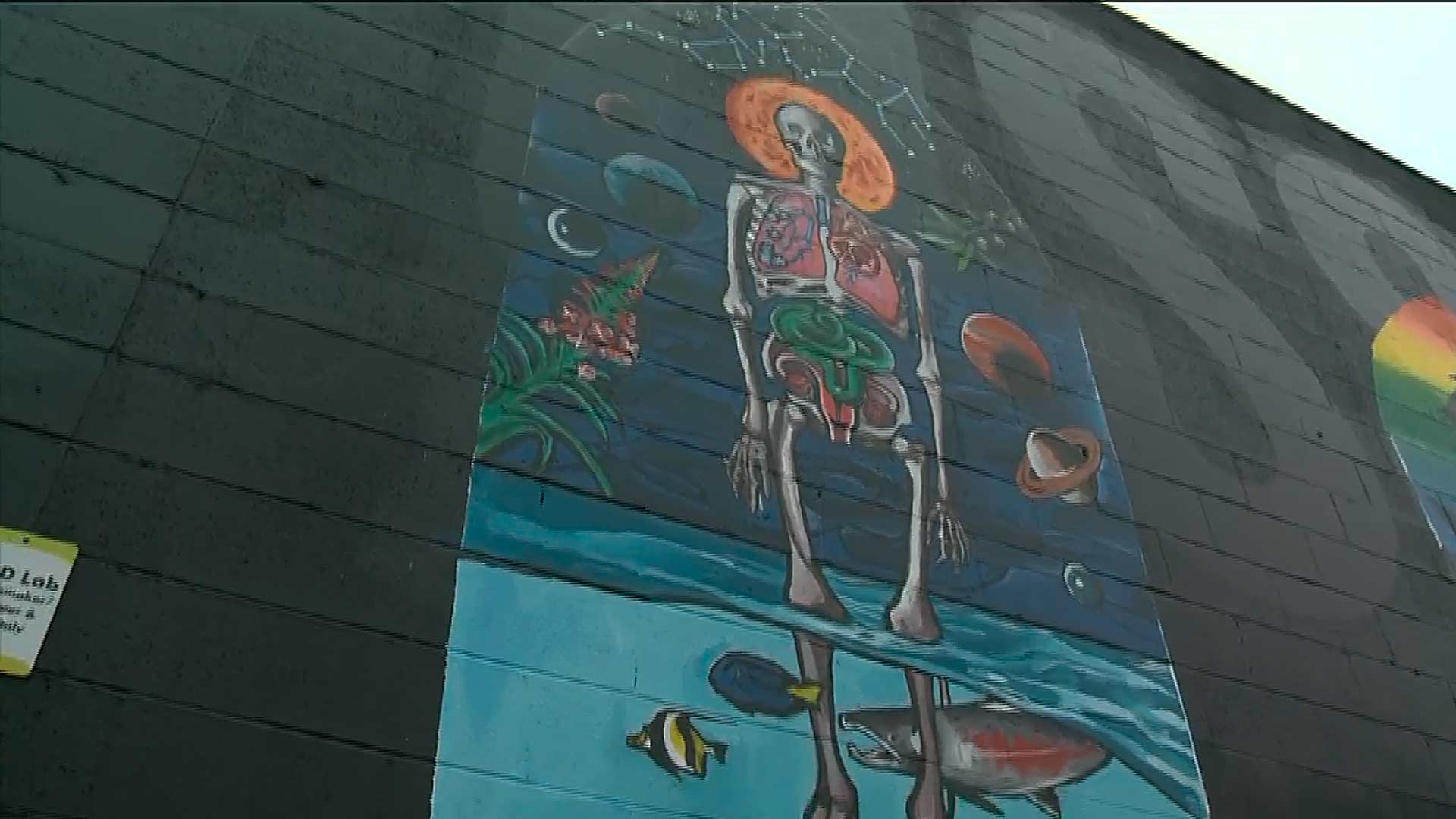 Religious-like devotion to the contemporary dogma that “climate change” is the deadly fruit of mankind’s wanton sins against Mother Nature is on full display in downtown Anchorage these days.

This fall, a group of zealous climate change artists created a series of images inspired by stained glass art which one typically beholds in magnificent Christian churches and cathedrals.

But instead of depicting Jesus, Mary, Joseph all the angels and saints, this new project along 6th Street illustrates the enemies of Mother Earth and the consequences of ecological mortal sin.

UAA art professor Tom Chung is the mastermind behind this project. His work is made possible thanks to funding through a program at the Anchorage Museum called SEED Lab (Solutions for Energy & Equity through Design). It aims to raise awareness of environmental and social injustice.

Rather than making actual stained glass, Chung and some of his former UAA students took to painting the side of a windowless black building in downtown. They’ve created eight scenes inspired, as Chung told ADN, by the late stained-glass artist Louis Comfort Tiffany. While the Presbyterian Tiffany spent much of his time adorning churches with heavenly images of salvation history, Chung and his crew prefer scenes of apocalyptic retribution for man’s iniquities against nature.

The paintings include a polar bear burning alive, a human skeleton suspended in the ocean, a man sowing invasive weeds across North America, factories spewing smoke into the atmosphere and a sickly earth with a thermometer hanging from its mouth.

Chung’s art suggests that humans are a plague upon the otherwise pure surface of Mother Earth.

The Anchorage Museum website states that Chung’s work aims to “reach beyond words to illustrate and explore the duality of the sacred and profane and the interconnectedness of humankind and nature. Themes he explores include identity, family, sexuality, spirituality, bigotry and addiction.”

It adds that Chung’s paintings “depict a world where beautiful and terrible aspects of society intermingle in a dream-like kaleidoscope, creating what he describes as a monstrous sublime.”

Chung’s art, which is made possible in part through a partnership with the Municipality of Anchorage, recalls to mind G.K. Chesterton’s warning that as man abandons Christianity, he will be increasingly drawn back to the old paganism and earth worship of the ancients.

Chung’s work does not lift one’s gaze to heavenly realities, nor does it affirm that humans are created in the image of God with a special authority and responsibility over the natural world.

Rather, his art suggests that humans are a plague upon the otherwise pure surface of Mother Earth. But if we are not set above the earth, then where does our responsibility to care for it come from? If we are merely mammals in an amoral universe, why all the righteous condemnation toward climate-change deniers?

We do, in fact, have a duty to care for Creation, but Chung’s post-Christian stained glass knock off doesn’t even begin to tell us why.