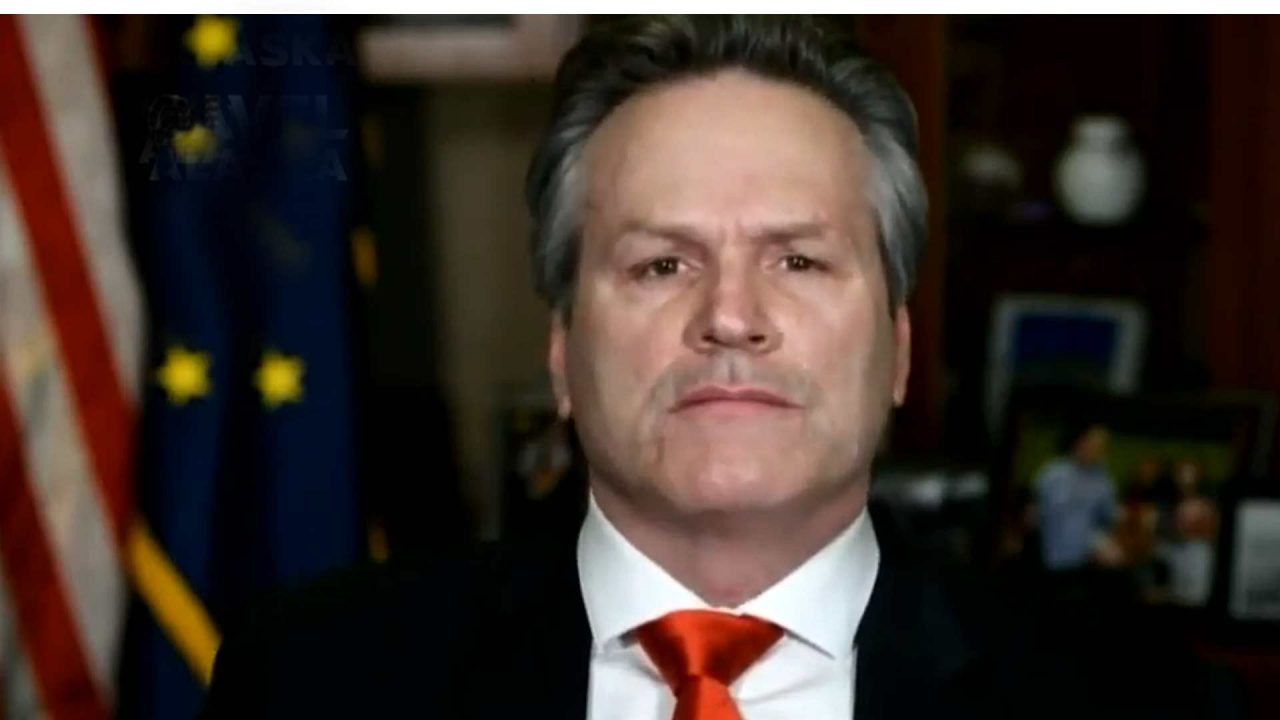 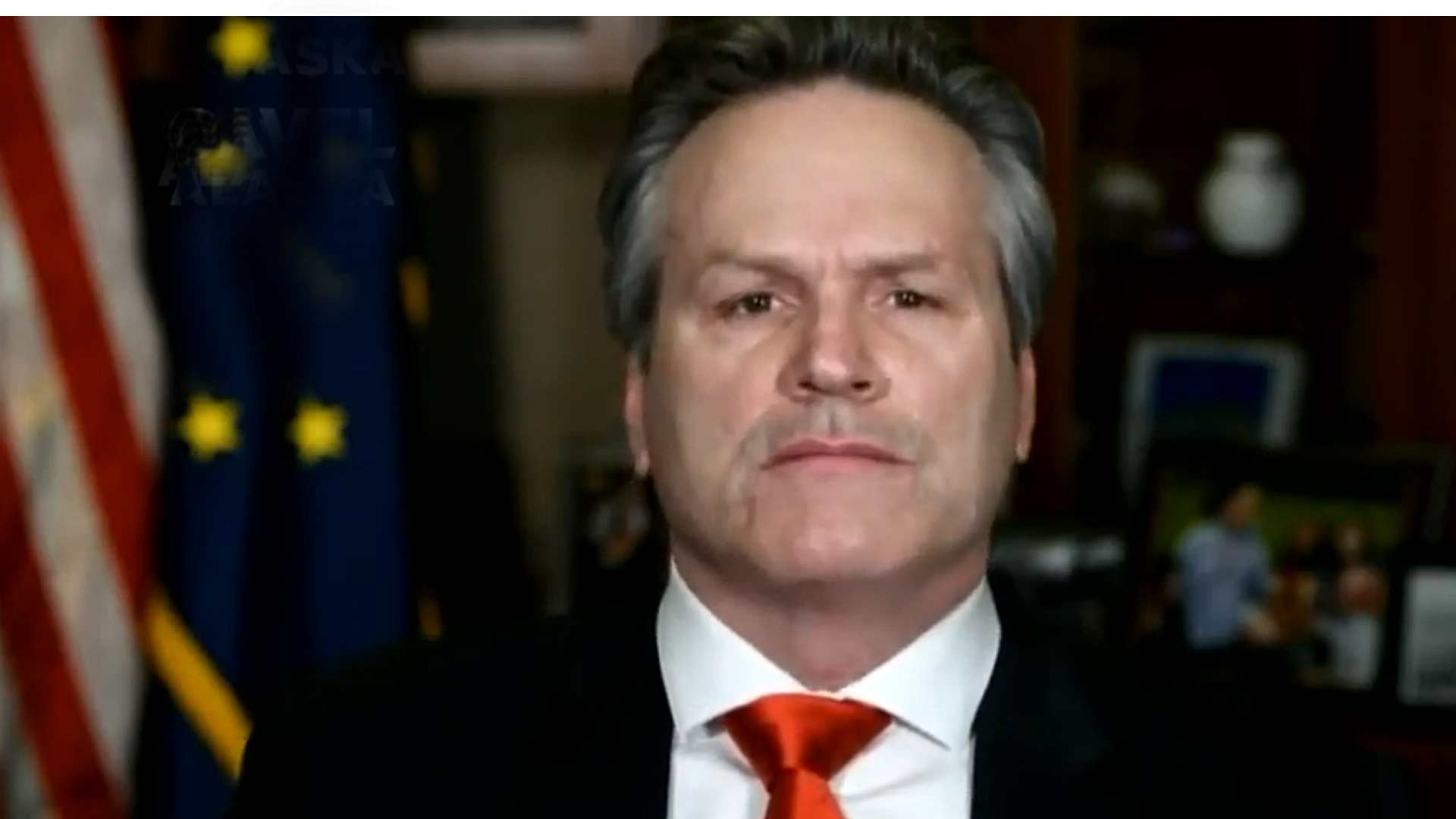 Gov. Mike Dunleavy said 2020 was an eye opener on many levels and should spur Alaska to change the way it approaches homeschooling, taxes, gambling and energy independence.

Dunleavy’s Jan. 28 State of the State address began with a recap of how COVID has impacted Alaska. He recalled initial health warnings that Alaska would see 14,000 hospitalizations and over 10,000 deaths. As of Jan. 29, the state has recorded 1,177 hospitalizations and only 260 deaths attributed to COVID.

Dunleavy praised his health team and noted that Alaska has the third lowest COVID mortality rate in the nation. He also highlighted his traveler testing program for catching nearly 2,400 COVID cases at airports.

“Those who predicted utter devastation were wrong, because we’re not just Americans, we’re Alaskans,” the governor said.

Dunleavy said Alaska must institute a spending cap for state budgets and seek approval from Alaskans to enact a new “broad-based tax.”

In addressing the economic fallout from COVID, including a cancelled cruise season, a massive fall off in tourism and “business closures in some of our cities,” Dunleavy called on the Legislature to use $5 billion from last year’s Permanent Fund Earnings to help pay for a $5,000 PFD this year. That would equal the remainder of last year’s PFD and a full statutory dividend for 2021.

“If we cannot find it within ourselves to put to use less than one year’s worth of fund growth, so that the thousands of Alaskans and businesses impacted can get back on their feet, then we have to question our priorities as leaders in Alaska during its time of need,” he said.

I’ll never forget when I got the news last spring that the Port of Seattle was contemplating closure as a result of this virus.

He also said the PFD must be guaranteed for future generations and called for a vote of the people this spring on any future changes to the dividend program. For those who want to swap their PFD for a land voucher, Dunleavy said he will reintroduce the proposal again this year.

To increase revenue, Dunleavy wants to bring legalized gambling to the state. He said Alaska can “no longer afford to deny itself a revenue stream available to nearly every other state in the nation.”

On the question of self-reliance, Dunleavy said Alaska must strengthen its agricultural capacity.

The Seattle port provides most of the food and retail products to the state each week.

“At the same time, our Canadian friends to the east were beginning the process of closing their borders to the passage of goods, services, and people,” Dunleavy added. “For a few moments in time, it looked like we were entirely on our own. Alaska was likely to be cut off and would need to turn inward and rely on our own resources in order to get through this.”

To strengthen the agricultural sector, he plans to reduce regulations on farmers who need to secure farmland. He also plans to investigate what pharmaceuticals Alaska can produce.

Energy independence was another priority. Dunleavy said Alaska needed to develop renewable resources like tidal, wind, geothermal and hydro energy. He also rejected the “false premise between protecting the environment and developing our economy.”

“This is the argument of outsiders who seek to divide us for their own benefit,” Dunleavy said. “These individuals and groups that sing the siren song of division, of non-development, of scare tactics in order to kill opportunity, aren’t doing this because they care about our great state.”

Dunleavy said he will support resource development in the North Slope oil fields and called on the Legislature to set aside $4 million to “defend Alaska’s statehood and sovereignty against the encroachment of an overreaching federal government.”

“Our message to Washington and the Wall Street billionaires must be clear: Cancelling projects in Alaska and sending resource production to dirty producers overseas helps no one – not the environment, and least of all the many Alaskans in desperate need of economic opportunity,” he said.

Throughout the pandemic, public homeschooling has jumped from 11 to 22% of our students.

Regarding a natural gas, Dunleavy said “we’ve never been closer to realizing a privately led gas line project from the North Slope than we are right now.”

To stimulate economic growth, he wants to embark on a $350,000 bond package to employ Alaskans in what he called “critical infrastructure projects.”

On the education front, the governor acknowledged that thousands of parents have turned to homeschooling – many of them for good.

He added: “While many students will return to their old schools in the future, some families have found that providing a quality education at home, in partnership with their local school district, is both possible and desirable.”

When it comes to fighting crime, Dunleavy highlighted that Alaska has “less crime and more troopers” compared to last year. He noted the 10% drop in crime and a “historic number” of Alaska State Trooper recruits. Dunleavy said he is continuing with plans to establish a major crimes unit focused on prosecuting felony sex crimes in Western Alaska.

Dunleavy concluded with a reflection on the social unrest that brought violent protests, looting and murder to the streets of many major U.S. cities.

“Sadly, we’ve seen no shortage of discord in our nation this past year. A lack of civility, the absence of discourse, and rampant cancel culture have invaded every level of our society,” he said. “For months on end, some politicians have normalized violence and criminal activity in many cities across our great country.”

But Alaska was different, he said.

“When our nation descended into chaos this spring and summer, you set an example,” he said. “No riots, no statue pullings, no looting – just Alaskans looking out for each other as we always have.”