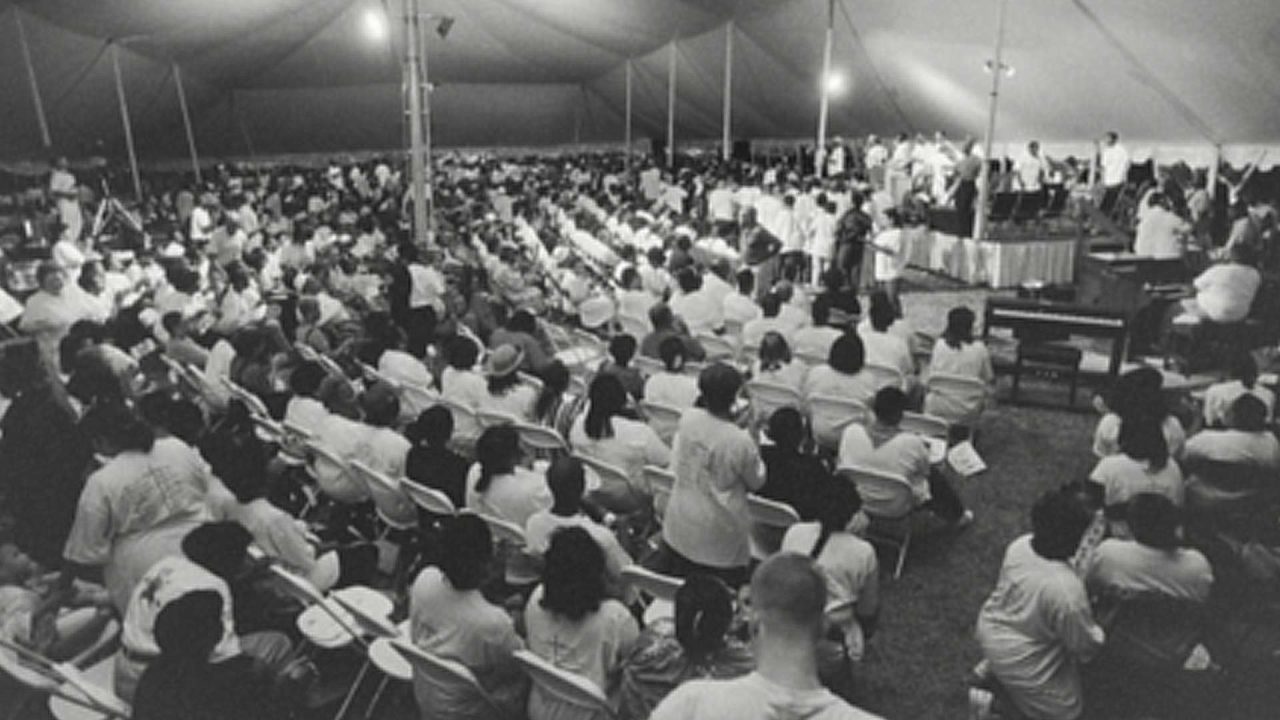 A six-week tent revival will kick off in Anchorage this week with nightly worship, prayer and preaching. The interdenominational gatherings will run from June 18 to July 25, starting 6 p.m. nightly under the theme of “Fanning the Flames of Revival.”

According to the Alaska Tent Revival website, the purpose is to bring “down the glory of God over Alaska.” Pastors will be coming to Alaska from Germany, India, Wales, Nigeria and from across the U.S. to participate.

Over the course of six weeks the gatherings will focus on a litany of different themes including, prayer for Alaska, for the globe, a women’s night of worship, prayer for souls in Alaska, prison ministry night, Native Alaska weekend, prayer for sustaining the “fire of revival,” and a night of calling people to step up and spread the Gospel.

God’s Family Church, lead by Pastor Prince Nwankudu, is hosting the Anchorage revival on their property at 5021 O’Malley Drive, next to the Alaska Zoo.

Tent revivals, also known as tent meetings, are a tradition that began in Southern regions of America in the early 1800s. They are generally held in large tents where people congregate to pray for and seek healing, forgiveness, justice, peace and conversion of souls.

These gatherings have long been a staple of religious life in Appalachia. According to historian Deborah McCauley, author of “Appalachian Mountain Religion,” the enduring themes of these meetings is that of “a broken heart, tenderness of heart, a heart not hardened to the Spirit and the Word of God.”

The late evangelist Billy Graham brought tent revivals into the modern era by holding weeklong meetings in football stadiums and sports arenas. Today, radio and television have replaced tent revivals in many areas, but they are still held annually in regions all across the country.