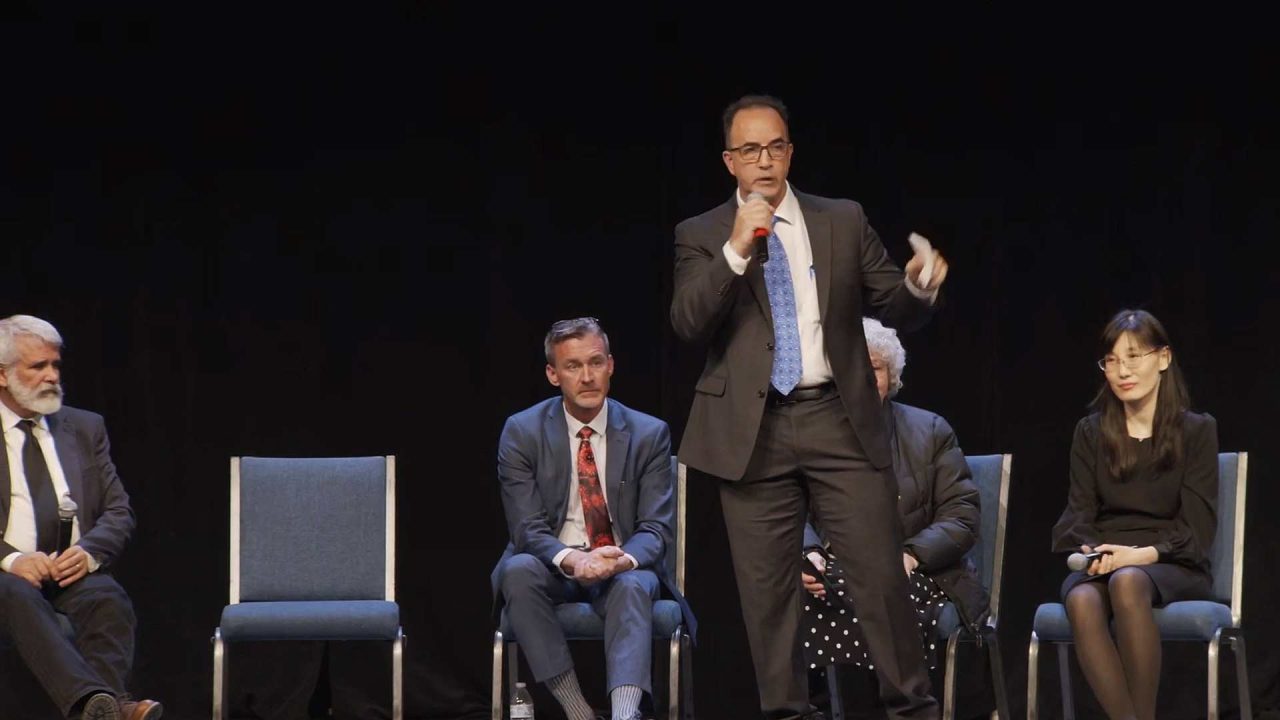 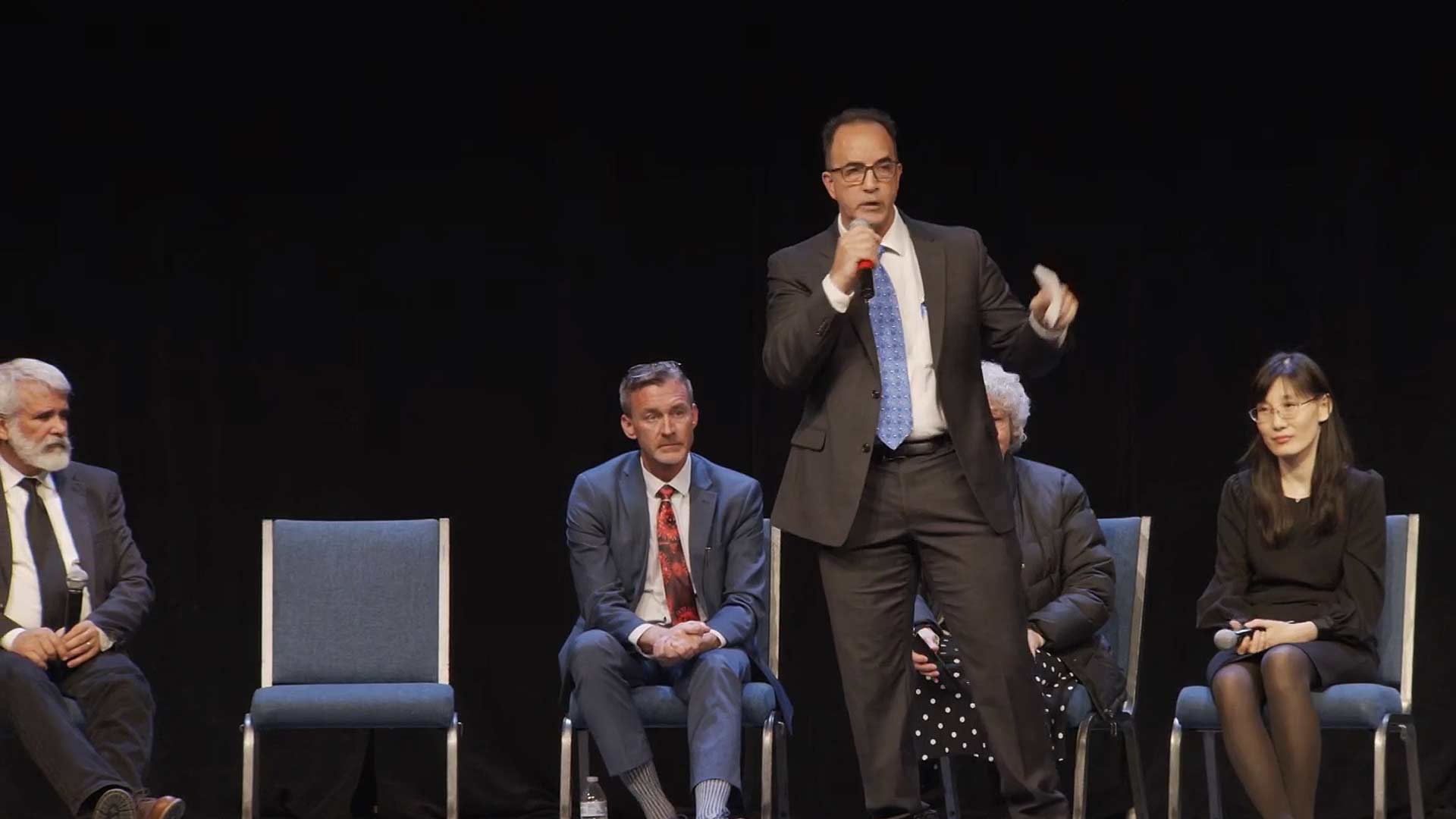 A high-powered group of globally recognized scientists gathered in Anchorage on Oct. 30 to warn Alaskans against vaccinating children or those who have recovered from previous COVID infections.

Speaking at an all-day conference called “The Early Treatment Summit for COVID,” the renowned panel of scientists shared advice with local health care workers on early treatment options for COVID, including use of Ivermectin, hydroxychloroquine and many other combinations of vitamins and drugs that have proved successful.

The conference challenged Alaskans to band together in resisting vaccine mandates and closures of schools, businesses and social institutions.

Chinese scientist Dr. Li-Meng Yan was a keynote presenter. She is a highly respected research doctor who worked as a virologist at Hong Kong University. She fled to the United States after studying the early outbreak of COVID-19 and publishing a widely read report last year detailing how the SARS-CoV-2 virus most likely came from a lab controlled by the Chinese Community Party.

Yan maintains that the SARS-CoV-2 virus shows biological traits inconsistent with naturally occurring viruses. She had been working at Hong Kong University’s public health laboratory sciences division, a World Health Organization infectious diseases research center when she was asked to investigate the origins of the Wuhan virus.

Yan’s whistleblower status has made her a target for the Chinese government, and she came to Anchorage under increased security.

Speaking at Change Point Church before an estimated 1,200 Alaskans, including hundreds of healthcare workers, Yan said the Chinese Communist Party intentionally withheld information about the SARS-CoV-2 virus, which she claims was created by the Chinese military as a bioweapon. The virus was not spread in a Huanan seafood market as widely reported in the mainstream media, she said.

Yan’s whistleblower status has made her a target for the Chinese government, and she came to Anchorage under increased security. Mayor Dave Bronson spoke briefly at the Saturday conference, confirming that there was extra security in the room to protect Dr. Yan.

Another major scientist at the conference was Dr. Robert Malone, who was instrumental in inventing the mRNA technology behind the Pfizer and Moderna vaccines. He holds 15 patents for mRNA and DNA delivery and vaccine technology. Recently regarded as a giant in vaccine research and technology circles, his reputation has come under intense attack by the mainstream media since he began warning of potential harmful side effects from mRNA vaccines and calling out government entities for lying to the public.

Malone said there are four “noble lies” which governments have spread over the course of the pandemic. These include the following claims:

Malone said vaccines are proving to be very poor at protecting against COVID infection or replication, and that they should never be given to children who are at very low risk of getting sick. Even though children are also very unlikely to have adverse reactions to the COVID shot, the vaccine poses a six-fold higher risk than contracting COVID, he said, especially among males.

Malone also noted that pregnant women should avoid the vaccine, as there is no current data to gauge risk factors.

In terms of immunity, Malone said natural protection is equal or superior to vaccination and this should be considered when making public policy decisions. Likewise, health agencies and pharmacists should cease interfering with how doctors treat their patients, he said.

Malone called the real issue an “epidemic of fear.”

Malone blasted the media for spreading misinformation and fear about the virus, while also undermining respected scientists who dare to challenge the popular narrative that everyone should get vaccinated and wear masks.

“The press is hunting physicians all over the world,” he said. “This has got to stop.”

Malone said the press has labeled him as a terrorist just for challenging claims about the efficacy of the mRNA COVID shots.

There is a bigger initiative going on, he said. It’s not just the virus. It’s about compliance and control.

Ultimately this does little to advance the scientific debate over how to best address the virus, he said.

For those who do get sick, they need to have access to early treatment, which means Alaskans may need to form networks of health care providers, pharmacists and citizen groups who work in unison to make sure people get the treatments and drugs they need.

Malone predicted that another wave of COVID infections will hit Alaska in February or March of next year, and said it will likely blow through both the vaccinated and unvaccinated.

“Be prepared,” he said, “because the state will be hit by another wave.”

Also among the panelists was Dr. Richard Urso, a scientist who is the sole inventor of an FDA-approved wound healing drug, and the former Chief of Orbital Oncology at MD Anderson Cancer Center. He is also a member of America’s Frontline Doctors, which are at the forefront of new treatments for COVID illness.

Dr. Urso spoke of various treatments which have proved effective in treating COVID, while emphasizing that vaccines and masks are not the answer. In fact, the only masks that provide any protection against the virus are R99, R100 and hazmat suits. The N95 and cloth coverings are worthless, he said.

“It makes people feel good to wear a mask,” he said while warning that mask mandates are mostly about controlling populations.

“There is a bigger initiative going on,” he said. “It’s not just the virus. It’s about compliance and control.”

Urso urged Alaskans to stand against ineffective government mandates that are not based in science.

“You guys are Alaskans. You are the last Frontier,” he said. “The spirit of Alaska has got to rise up – has got to put down this tyranny.”

He emphasized that reliance on an experimental vaccine is dangerous.

“The vaccine does not prevent acquisition, transmission, disease or death,” he said, adding that his company is now seeing alarming side effects from COVID shots such as a decreased ability of immune systems to attack cancer.

Dr. Meryl Nass joined the panel as well. She is a biological warfare epidemiologist who investigated the world’s largest anthrax epizootic, in Zimbabwe, and developed a model for analyzing epidemics to assess whether they are natural or manufactured. She has provided testimony to seven Congressional committees and her work has been cited in 25 books.

She blasted media and academic suppression of COVID treatments such as hydroxychloroquine, ivermectin and chloroquine – all of which have proven effective in addressing COVID illnesses.

Idaho Attorney Colton Boyles, who focuses on First Amendment rights, told the Anchorage gathering that they must tirelessly resist coercion and mandates that threaten the most basic rights of Americans.

“Our legacy of medical freedom is being destroyed purposefully in this country, and I’m not going to stand for this, and neither should you,” he said.

Boyles warned that disregarding the long-standing practice of medical freedom fundamentally undermines personal liberties and must be resisted at every turn.