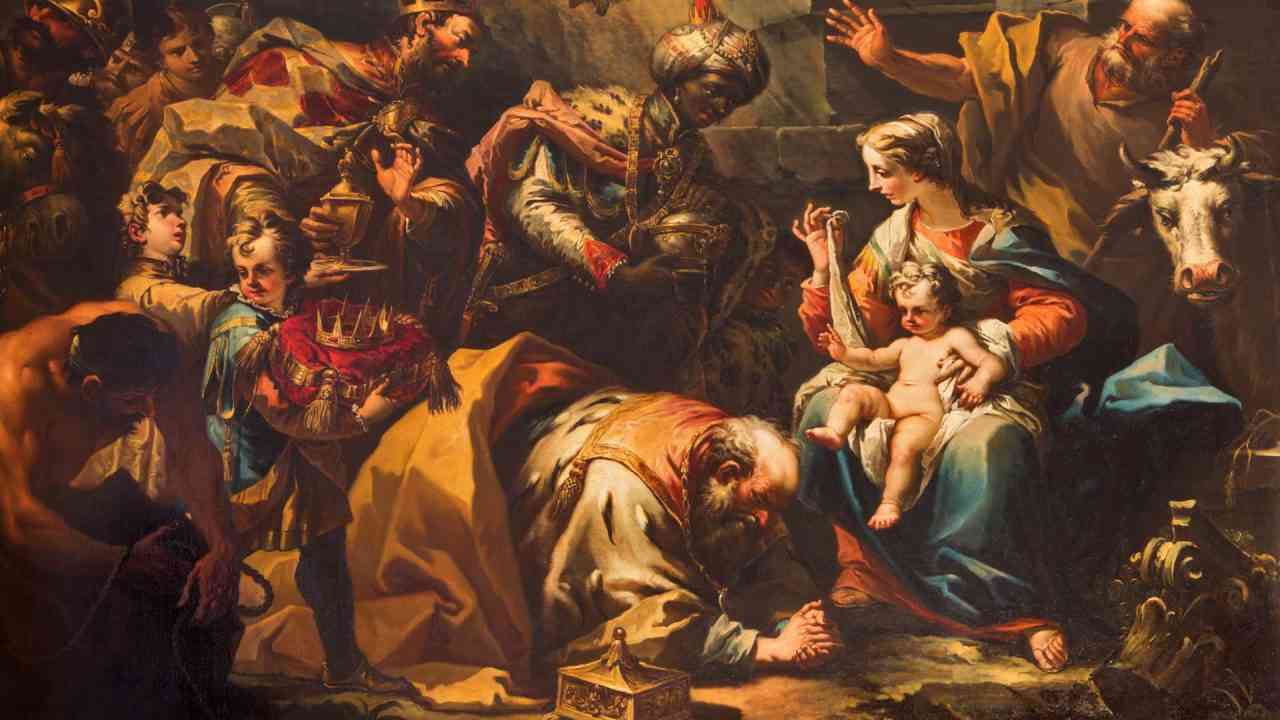 Glory and suffering amid the 12 days of Christmas 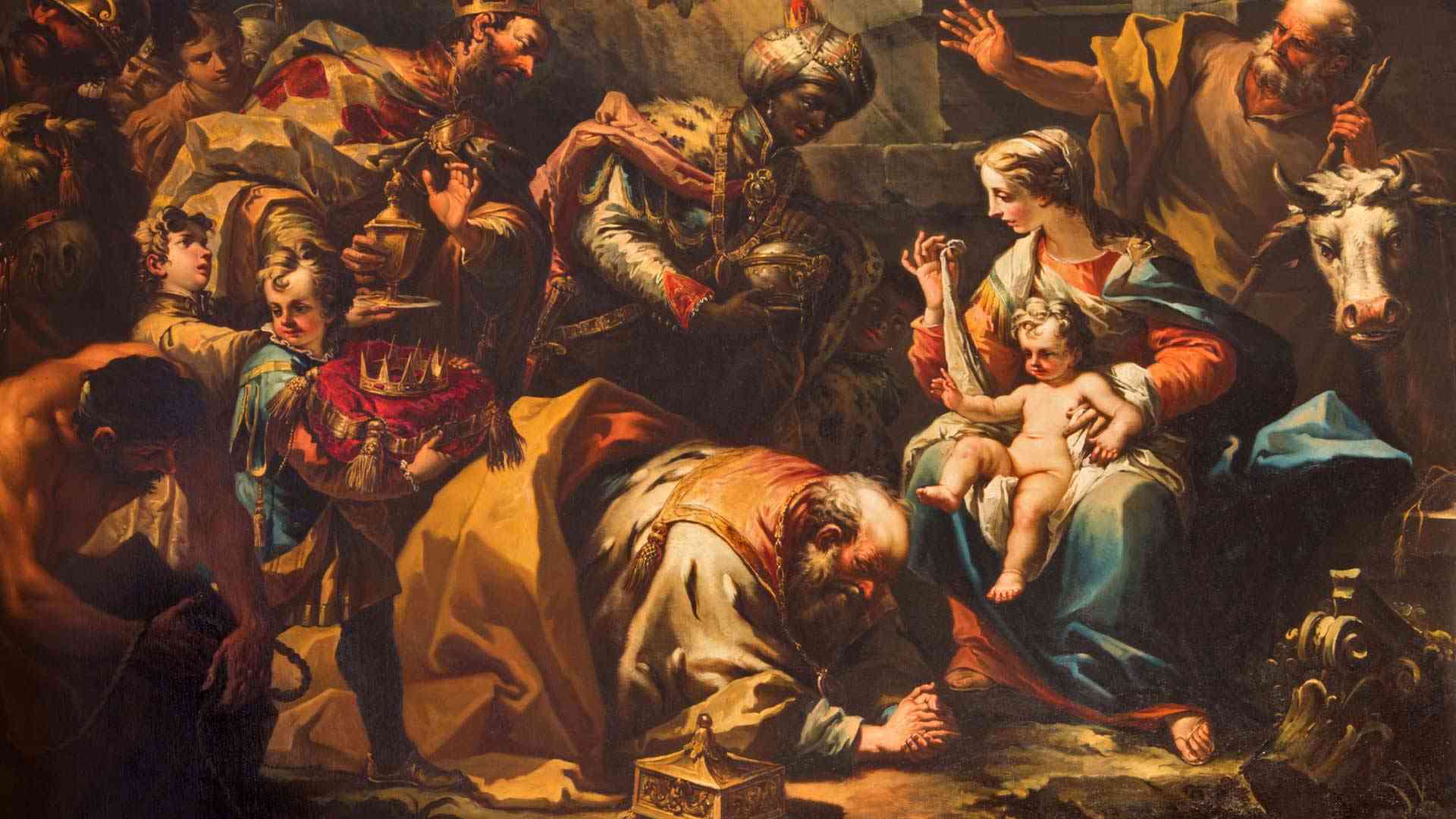 During the Christmas Season, for a brief time, the squabbling of interdenominational Christian differences ceases. Despite the tiresome repetition of the famous song, and its purported symbolism, the Christmas season extends well beyond Dec. 25, and for good reason.

It is during this time that Evangelical, Fundamentalist and Pentecostal churches agree with Catholic, Orthodox and “mainline” Protestants that Mary played a unique and preordained role in humanity’s redemption: she fulfilled the Old Testament prophesies that began in Genesis, and continued in Daniel, Isaiah and others.

Unlike Eve, Mary said “yes” to the will of God.

If most Christians look upon and identify Jesus as “The Second Adam,” Mary fulfilled the role of “The Second Eve,” necessary to reverse the effect of sin. If the first Eve led the first Adam into sin, with Adam nevertheless being the responsible party, Mary indeed led the Second Adam, who bore the responsibility of redemption. She did so during the nine months within her womb, and then throughout his childhood and youth. At some time after Christ’s 12th birthday, she became his only surviving parent.

Liturgical Christianity commemorates throughout the year the story of our redemption, something that is, unfortunately, hardly noticed by many denominations. But why should this be? Who would suggest that this practice is unworthy of our attention? It is a hope that a re-awakening of the need to study Christ’s life within the calendar of our daily lives might help to re-forge a lost unity, so necessary in these neo-pagan times.

During these 12 days, we are reminded that our redemption’s cost was going to be very bloody. The line of the famous carol “Good King Wenceslas looked out, on the Feast of Stephen,” is very relevant. It is the very next day after Christmas.

Who was Stephen? The first Christian martyr, stoned to death for daring to proclaim the reality of Christ’s resurrection, and prophesying how the Lord will return. Saul, the future St. Paul, was there to assist and cheer on this stoning, a horrifying type of death, a sort of “people’s execution.”

Our redemption was going to be costly.

On Dec. 28, we commemorate the Feast of the Holy Innocents, the slaughter, ordered by Herod, upon all male children in Bethlehem under the age of two, as he attempted to undo the prophesy of Micah, in order to protect his throne. Thus, before Jesus was only a few weeks old, totally innocent and helpless infants were massacred for the sake of the Second Adam, who now had to flee – not from Egypt, but to it, thus fulfilling the prophesy of Hosea, “From out of Egypt I called My son.”

And upon their return, the Holy Family resided in Nazareth, fulfilling the oral tradition and prophesy found in Matthew’s Gospel: “And he went and lived in a city called Nazareth, so that what was spoken by the prophets might be fulfilled, that he would be called a Nazarene.”  It was likely only after Jesus’ ascension that it came to be realized how this complex weave of prophesies was fulfilled. Luke, who most scholars believe interviewed Mary for large portions of his Gospel, was the chronicler of many events in the childhood of Jesus, and made certain they entered the story.

There is more. Consider the prophesy of Simeone. Through the Holy Spirit he knew he would be able to behold the Messiah before he died. His prayer involved more than just the beautiful canticle, “Lord, let your servant die in peace, for I have seen your salvation. A light to the Gentiles and the glory of your people Israel!”

The colors of Christmas are red and green. The green, of course, stands for eternal life, but the red stands for blood.

Our redemption was going to be costly. Simeone turned to Mary, and his prophesy is controversial. If Mary’s Son is controversial, why should his mother not be as well? If Christ, the Second Adam, was to suffer, why not the Second Eve?

“This child is destined to be the rise and fall of many in Israel. And a sword will pierce your heart.” Notice that he did not cite the Romans, the Greeks or some other power, but his fellow Israelites. The Temple Curtain would be torn in two on Good Friday, the Temple itself would soon be destroyed, and Christians would be persecuted first by the Pharisees, then the Romans.

Mary, as all Christians know, watched her son die, every step of the way. Study the Holy Shroud and you will know what she witnessed. Lead-tipped whips, ripping his backside from ankle to shoulders. A crown of mockery. Then, from the Psalms, “They have pierced my hands and feet, they have numbered all my bones.” The slow suffocation that crucifixion involves. No mother could watch this and not have “her heart pierced by a sword.”

Unlike the apostles who were also forewarned about Christ’s passion, Mary did not panic. She likely understood why this was happening. And one of Christ’s final acts of love, from the Cross, was to give her care over to John, his “beloved disciple.”

The Feast of the Epiphany, celebrated on Jan. 6, closes out the Twelve Days. That the wise men, three or perhaps more, visited the Holy Family sometime after Christ’s birth, is established fact. But who were these people? Scholars cannot agree because the scriptural and sacred traditions give only scant clues. Were they from Persia, with the traditions of the mysterious and righteous Zoroaster? Were some of them Ethiopians, who possessed a religious monotheism since it was received from the Jews, probably at the time of Solomon?

They understood the truth of only one God and the necessity of man’s redemption. Likely they were very wealthy and scholarly, possessed of the expensive books of many different religions, inspired to sift through the evidence to learn that it was the Jews through whom God was working out our salvation. The story of the Wise Men demonstrated that God’s wisdom and love for humanity was also communicated to Gentiles.

The colors of Christmas are red and green. The green, of course, stands for eternal life, but the red stands for blood. A lot of it. In our season of joy, we must never lose sight of what the Twelve Days of Christmas truly mean.

Bob Bird
Bob Bird ran for the United States Senate in 1990 and 2008. He is a past president of Alaska Right to Life, a 45-year Alaska resident and a retired public school teacher. His has a passion for studying and teaching constitutional history, both Alaska’s and the United States. He lives on the Kenai Peninsula and is currently a daily radio talk-show host for the Bird’s Eye View on KSRM in Kenai, Alaska. He is also a regular speaker, both locally and around the country, on the Shroud of Turin, which is widely believed to be the burial cloth of Christ.