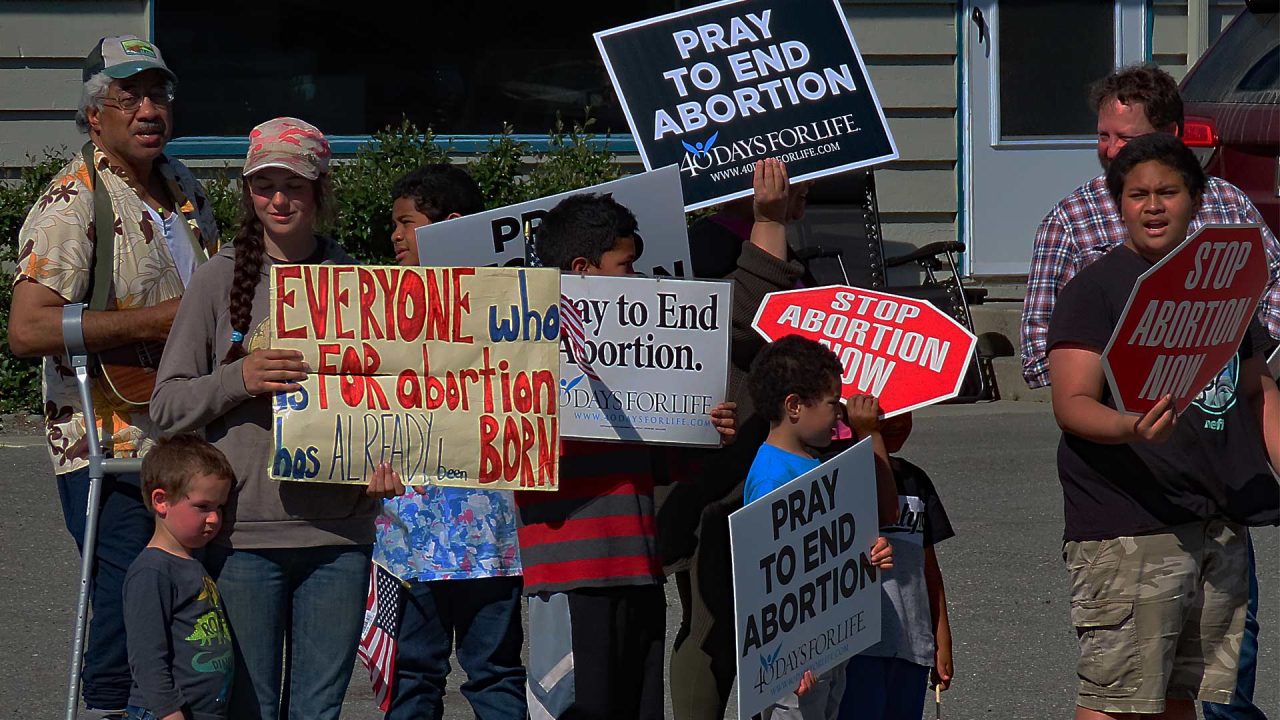 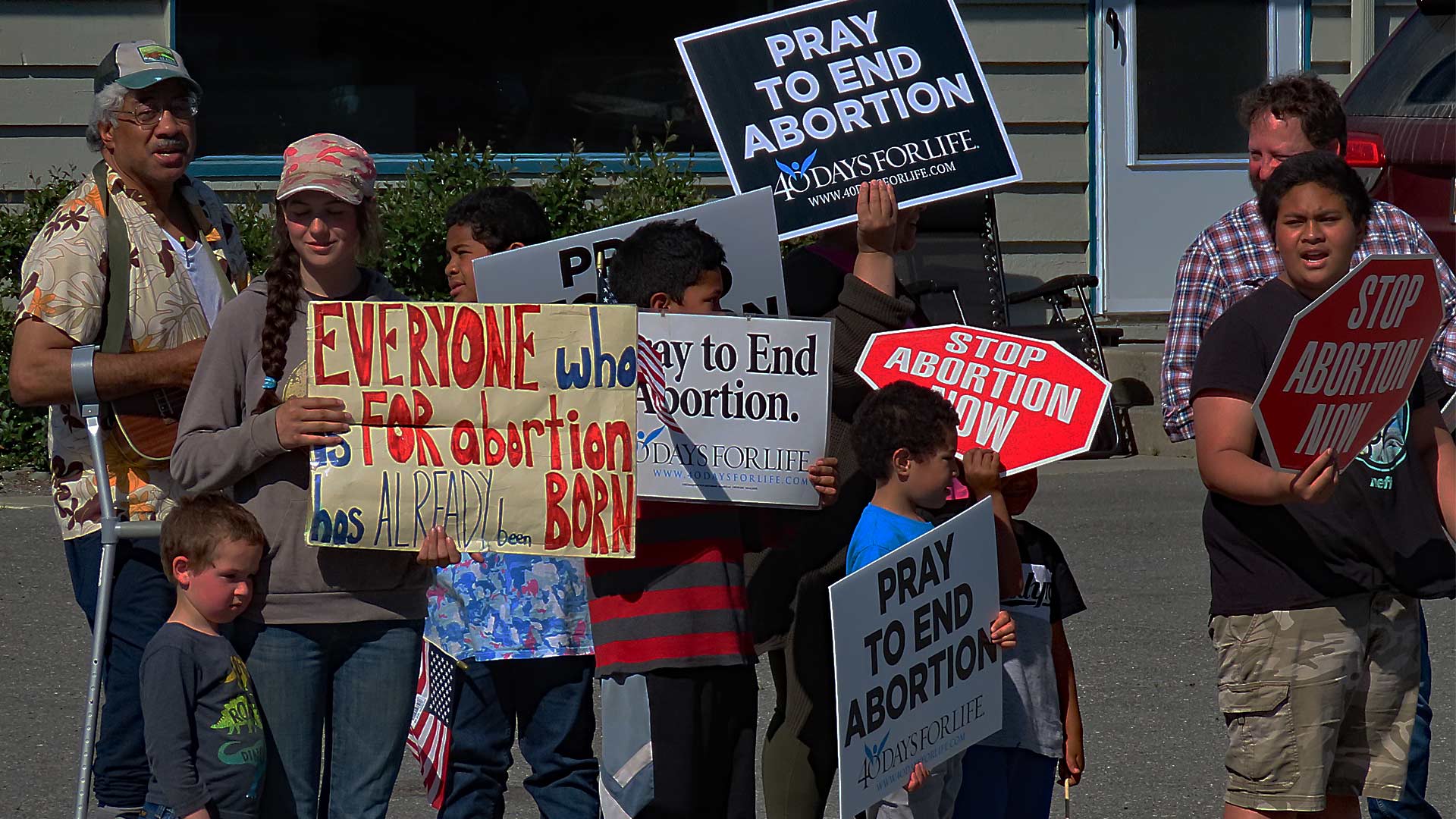 For 30 years Planned Parenthood in Soldotna counseled and referred women to seek abortions. In its latter years, operating on a reduced three-day-a-week schedule, chemically induced abortions were prescribed and doled out on location. It also included transgender hormonal treatments.

And all of these with or without parental knowledge or consent.

Then on May 31, with 75-degree temperatures, about 100 activists from both sides of the abortion debate squeezed onto the sidewalk of the clinic entrance as it shuttered its doors for good. Amid the expected shop-worn and raucous 60s-era chanting, the “one-fingered waves,” F-bombs and deliberate use of bullhorn sirens to drown out prolife speeches that were aided by a mobile PA system, the advocates of Planned Parenthood and Roe v. Wade found themselves outnumbered. Pro-lifers counted in their number minorities, folk singers, repentant women, Catholics and evangelical Christians bearing signs and personal testimonies.

The noise surprisingly quieted down when Pat Martin of Alaska Right to Life explained that the pro-lifers did not hate their opponents, but prayed for their conversion. He said that many today, throughout the country, are former abortion activists.

Others have seen the movie Unplanned, the conversion story of Abby Johnson, once Planned Parenthood’s Clinician of the Year. The number of prolife “converts” is legion, while those who walked to the other side, like Jesse Jackson, Bill Clinton, Jimmy Carter, Bill Walker and Dick Gebhardt, did so in order to pander to the Democratic Party’s far-left wing.

But you could hear a pin drop as Becky Hinesburger and her former husband Allan related their own abortion experience. Becky said that she could see the body parts of their child get sucked through the vacuum tube of the cannula, how she felt lied to, cheated and violated. Only through the saving grace of God did they find forgiveness and peace.

Most employees departed the shuttered clinic for the last time by 5:30 p.m. that day, and at 6 p.m. the prolife contingent moved to a Soldotna city park for a picnic celebration. On hand throughout were gubernatorial candidate Christopher Kurka and state Rep. David Eastman, both of whom spoke briefly.

Pro-lifers should not gloat or feel triumphant in seeing a local abortion clinic close down operations. The closure of one abortion clinic is an important victory, but it came just shortly after allegedly pro-life legislators blocked all attempts to keep the Alaska judiciary from unconstitutionally mandating state abortion funding. Instead, they permitted an unencumbered Medicaid funding bill to sail through the Alaska Legislature this year, and avoided singling out zero dollars for abortion services, transportation and per diem.

Thus, lawmakers failed both morally and constitutionally: first, in regard to the Natural Law of God, but also in their oath to defend the Alaska Constitution, which specifically prohibits court-ordered funding for anything in Article 9, Sections 1 and 13: “The power of taxation shall never be surrendered,” and, “No money shall be withdrawn from the treasury except in accordance with appropriations made by law.”

In these fast-paced and benighted times, an opportunity exists. The status quo is being threatened by the left, but the status quo has always favored them for the past century. Their fake demands are simply panderings for more power.

Yet simultaneously, conservatives, constitutionalists and pro-lifers can more easily point out the hypocrisy, selfishness, childishness and evil that is advocated by the communists, socialists and Democrats, who deserve pity and prayer more than contempt.

Someone once said: “Blessed are you when people insult you, persecute you and falsely say all kinds of evil against you because of me. Rejoice and be glad, for great is your reward in Heaven.”