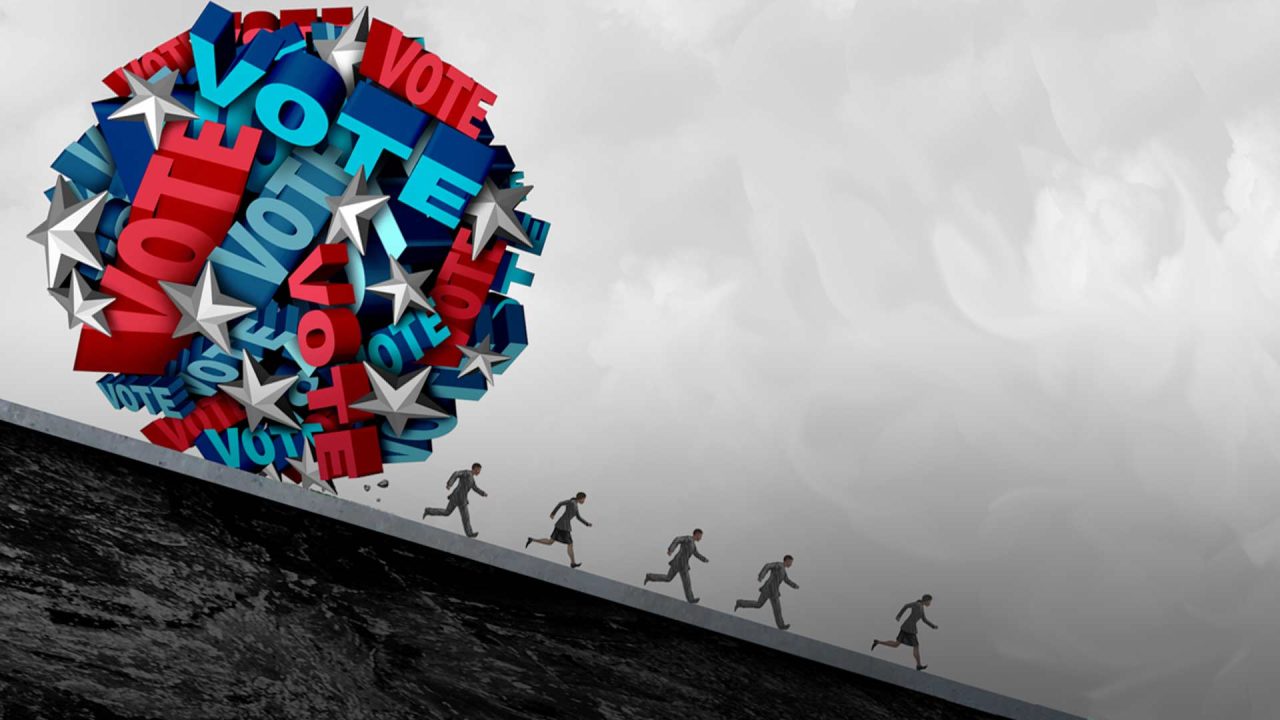 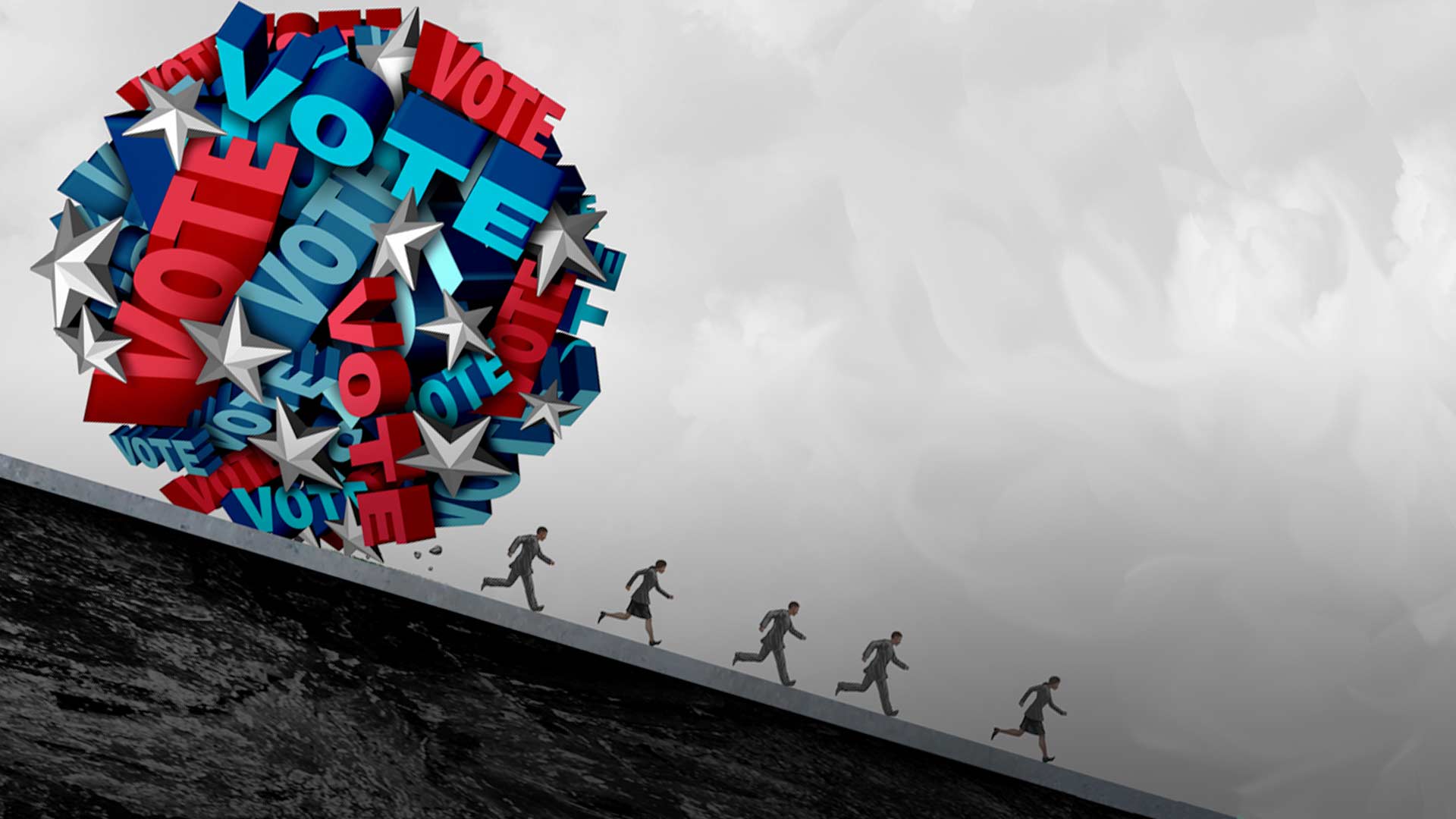 The ideal election ballot makes choices clear and preferences easy to express. In Alaska, unfortunately, the state’s new ranked-choice voting (RCV) system can be a complicated disincentive. The work required to be an informed voter and rank all candidates on the ballot requires more time, interest, and information than many voters have to spare. Confronting voters with a multitude of candidates can dissuade them from voting in certain races or, in some cases, from voting at all.

Alaska’s RCV ballot instructs voters to rank up to four candidates per office, with an optional write-in for each. Voters must have an informed opinion about every candidate — and every candidate’s policy positions — to rank them responsibly. In a traditional election, voters’ necessary research is typically limited to the two candidates for each state or national office who have a chance of winning. That totals 10 or 12 candidates, depending on which offices are on the ballot. With RCV, Alaskans now must conduct research to rank up to four candidates for each open seat.

Research shows that RCV is likely to decrease voter turnout, particularly among minority groups and those whose first language is not English.

In 2022, most Alaskans are voting for five offices in the general election: governor and lieutenant governor, state representative, state senator, U.S. representative, and U.S. senator. Depending how many candidates are running for each seat in a district, some voters will need to research and form opinions about 20 to 24 different candidates in order to decide their preferences between them.

The number of candidates is only the start of the complexity. There are 24 ways to rank four candidates in a single race, not including permutations that leave spaces blank. Voters don’t merely have to research candidates they might like or decide between frontrunners; they must research all of them to determine preferences and put them in rank order relative to each other. And that’s not considering ballot questions and judicial retention questions on the flip side of the ballot.

Prior to RCV’s adoption, the 2018 ballot only tasked voters to research up to 10 candidates for four races in the general election, not including judges: governor and lieutenant governor, state representative, state senator, and U.S. representative. Not all these offices are on every ballot due to term lengths, and the Libertarian Party and a petition nominee increased the number of choices in the governor/lieutenant governor race, so in any given general election, voters would have to be familiar with fewer than 10 candidates.

Even so, being an informed voter in a traditional election is a tall order for Alaskans who are busy living their lives without worrying about politics. In 2018, the most recent general election that did not include a U.S. presidential race, only 54.6% of eligible voters in Alaska cast ballots. In the long run, RCV may depress turnout by discouraging voters who don’t feel knowledgeable enough to make informed decisions about every candidate in every race.  For most, politics competes with work and parenting, caring for sick or aged family members, and managing personal struggles.

As Alaska Policy Forum has noted before, research has found that RCV is likely to decrease voter turnout, particularly among minority groups and those whose first language is not English. RCV also increases the gap between likely voters and the rest of the population, discouraging more-casual voters.

The informational tools available to voters illustrate the complexities. The candidate statements available on the Division of Elections website provide their official statement and websites. These statements are simply what each candidate wants voters to know — not necessarily the information that voters want to know. They might be sufficient to find the candidate who would best represent a voter, but not to rank them by shades of difference.

Increasing the difficulty of being an informed voter is a recipe for reducing voter turnout and electing unrepresentative candidates who don’t reflect the will of the people.

Other entities, such as newspapers and nonprofits, provide guides to compare candidates across a variety of questions. However, voters must then do the work to uncover the biases of those organizations. The more numerous and subtle the decision, the more voters must go right to the source and track the actions of every candidate — all 20 or more of them.

Being an informed voter is difficult enough when the system narrows the choice down to two or a few options. RCV requires voters to develop extensive knowledge about 20+ candidates at a time. While advocates argue that they are willing to take on the costs of ranking responsibly and insist others should be, as well, many voters do not have the time, interest, or information to tackle this mind-boggling task of prioritization.

Increasing the difficulty of being an informed voter is a recipe for reducing voter turnout and electing unrepresentative candidates who don’t reflect the will of the people.