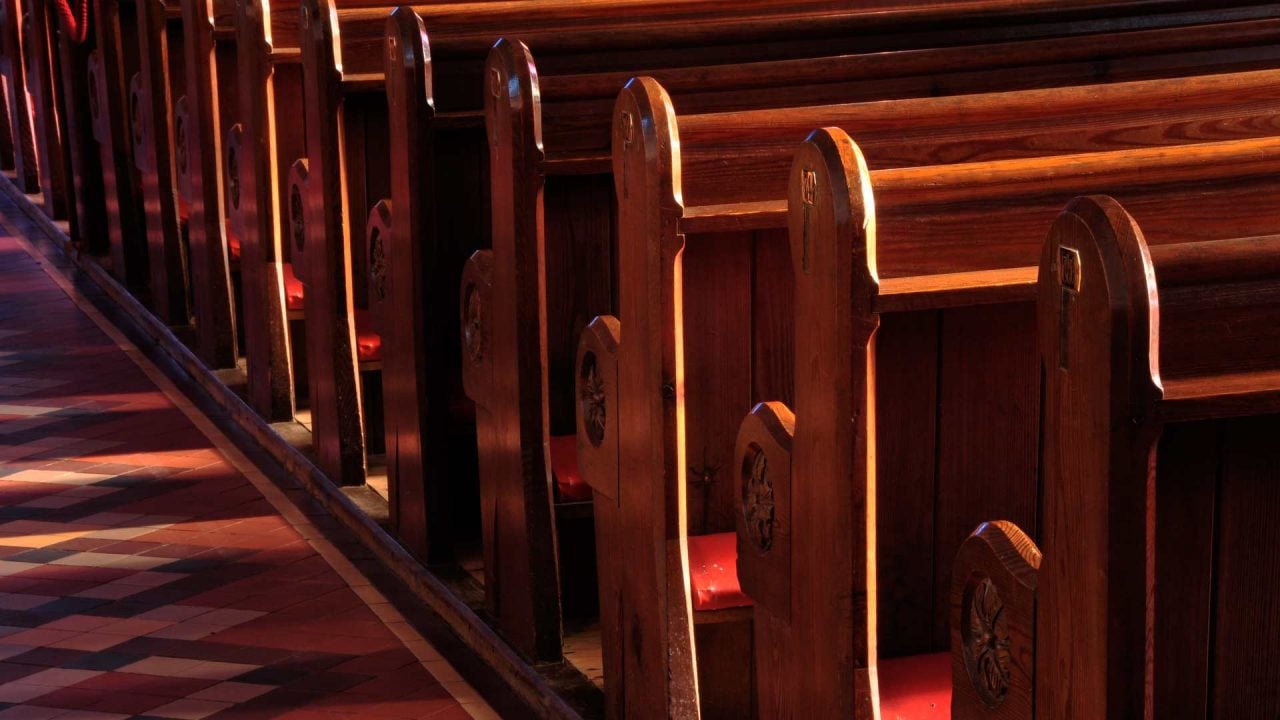 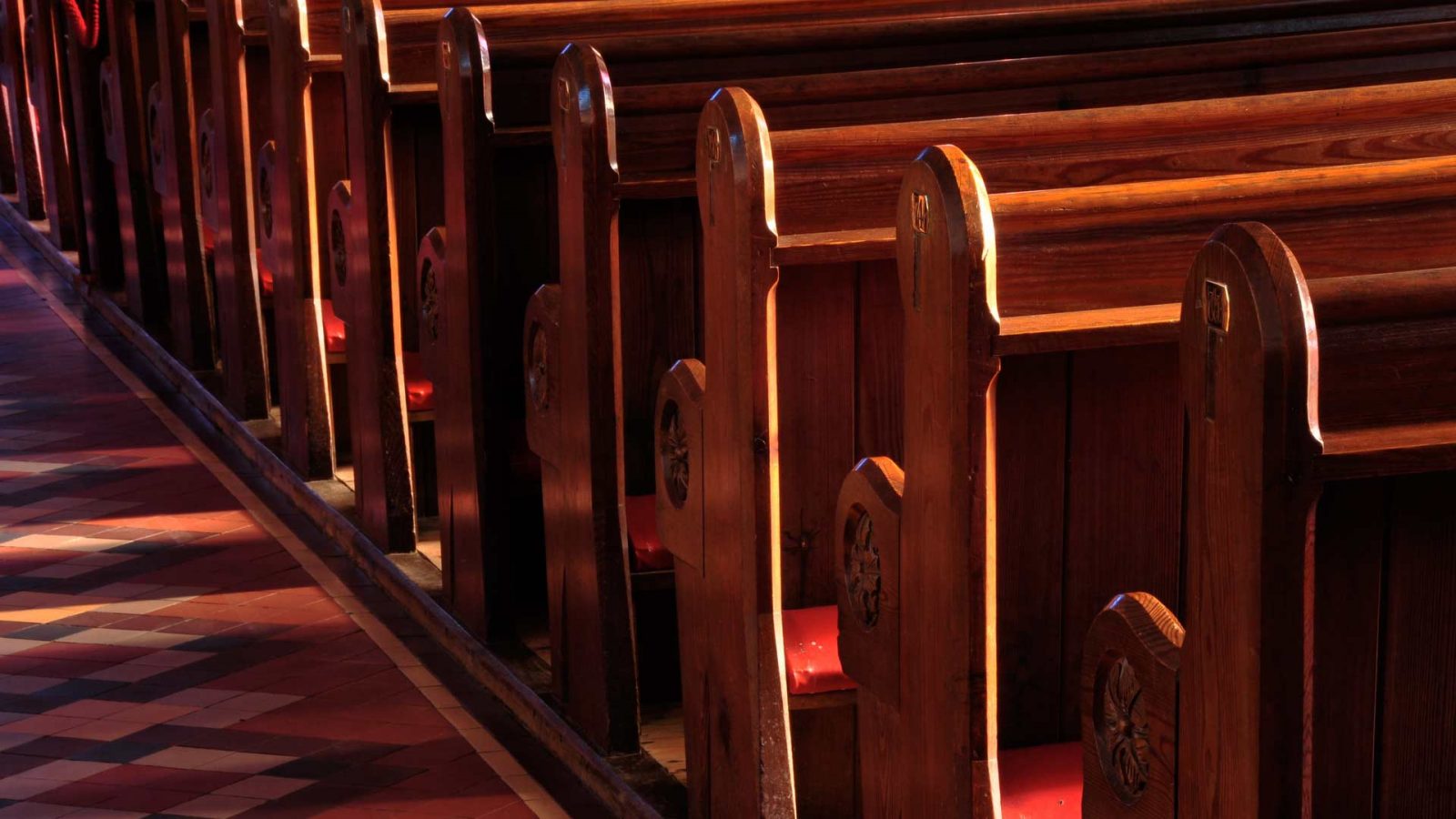 Catholics are now experiencing an unprecedented event in their 2,000-year history: the suspension of Mass, imposed not by government health orders or by dictators but by their own timorous bishops and pope.

Interdicts had been wielded over entire kingdoms in the Middle Ages when disobedient monarchs defied church authority, closing parishes and suspending the sacraments. This is different.

Catholic and non-Catholics alike have already been repeatedly shocked by the actions of the current Catholic hierarchy. Without listing centuries-old theological differences, non-Catholics have noted a pope who ignores his own church’s teachings and disciplines, redefines the eternity of hell, permits flagrant idolatry in the Papal Gardens, insults those who strive for holiness, refuses to answer difficult questions, undermines the heroic church in China by pandering to communists, invites discredited population control experts to Vatican conferences, punishes faithful priests and bishops … and yet appoints, rewards, or at best reluctantly disciplines, homosexual apologists to important positions.

One pastor charitably told me, “It appears as if you have a Manchurian Candidate for pope.”

These pro-life Christians instinctively know that if Catholicism falls (the “Mother Church” as one Baptist admitted), the pro-life movement and western civilization is a goner. The unraveling is visible for all to see. With transgender madness, hate crime laws, PC educational mandates, and the ever-evolving redefinition of marriage and family, we can see clearly our Brave New World. It’s not on the horizon, it is here.

Some Catholic dioceses, like many evangelical churches here in Alaska, have kept their churches open and have stated they will remain so with health precautions in place.

The natural response of clerics and people of faith when confronted with war, famine, drought, flood, and pestilence has always been to turn to their churches. Whatever the denomination, communal prayer, fasting, self-denial and penance are instinctive to not only Christians but Muslims, Jews and polytheists. “Declare a fast, call an assembly, summon the elders!”

Many bishops, with gratefully noted exceptions, have apparently forgotten that miracles happen. The Passion Play of Oberammergau, Germany, is given every 10 years in Thanksgiving that their beautiful valley was spared the serious ravages of a pestilence in the 1600s. Some Catholic dioceses, like many evangelical churches here in Alaska, have kept their churches open and have stated they will remain so with health precautions in place. Indeed, by calling for more Masses (as in Poland) lighter attendance means minimizing the health risks of crowded churches.

Yet we see a suspension of Mass in the Anchorage and Juneau dioceses with just a single coronavirus case within the boundaries of our state – a transient and self-quarantined airline cargo crewman. In another two weeks, the presence of this virus is almost certainly going to arrive, thus justifying an extension of the closures by bishops who are charged to lay down their lives for their flocks.

Recently, Benedictine monk Father Giulio Meiattini in Italy wrote: “In reality, we are far too fearful of dying or even just feeling a little ill. The fear is disproportionate to the threat that is underway. Why? Perhaps the deepest reason … is due to our lack of an [eternal] perspective.”

Archbishop Carlo Vigano, who opened the doors of transparency regarding the extent of Catholic Church scandals in 2018, then went into hiding for over a year for fear of his life, said:  “Open wide the doors of our churches so that the faithful may enter in, repent of their sins, participate in the Holy Sacrifice of the Mass and draw upon the treasury of graces that flow from the pierced Heart of Christ, our only Redeemer who can save us from sin and death.”

The church has become a health agency, rather than remaining a place to find salvation.

Father Meiattini concludes that people today think “If we lose the present, we lose everything.” In general, therefore, “we can say that the ongoing epidemic … is currently drawing all its strength, not from the number of victims or its objective danger, but from the spiritual weakness of humanity.”

He notes that the church’s hierarchy has forgotten the power of God’s grace.

“This is why they close churches in compliance with health and hygiene protocols,” Father Meiattini says. “The church has become a health agency, rather than remaining a place to find salvation. The bishops should think carefully about closing our churches and depriving faithful of the sacraments, of the Eucharist which is medicine for both our souls and bodies. Believing all we need is human science is like closing the doors to God’s help. It is trusting in man rather than trusting in God.”

Yet all denominations share in this responsibility of a lukewarm faith. Christians have demonstrated their own lack of faith through abortion, contraception, divorce and remarriage, with the Lord’s Day becoming a day of “optional” communal worship, replaced by TV, sports, sleeping late, and a warm fuzzy feeling of universal salvation or “once saved always saved.”

Mankind was created to worship, and if not the One True God, he will worship false ones or substitutes such as sports, leisure, career or ultimately … himself.

Yet, it is never too late for repentance. We all stand tied for first place in the All-Star Sinners Parade. God is patient. But as even the deist Thomas Jefferson noted, “His patience will not sleep forever.”