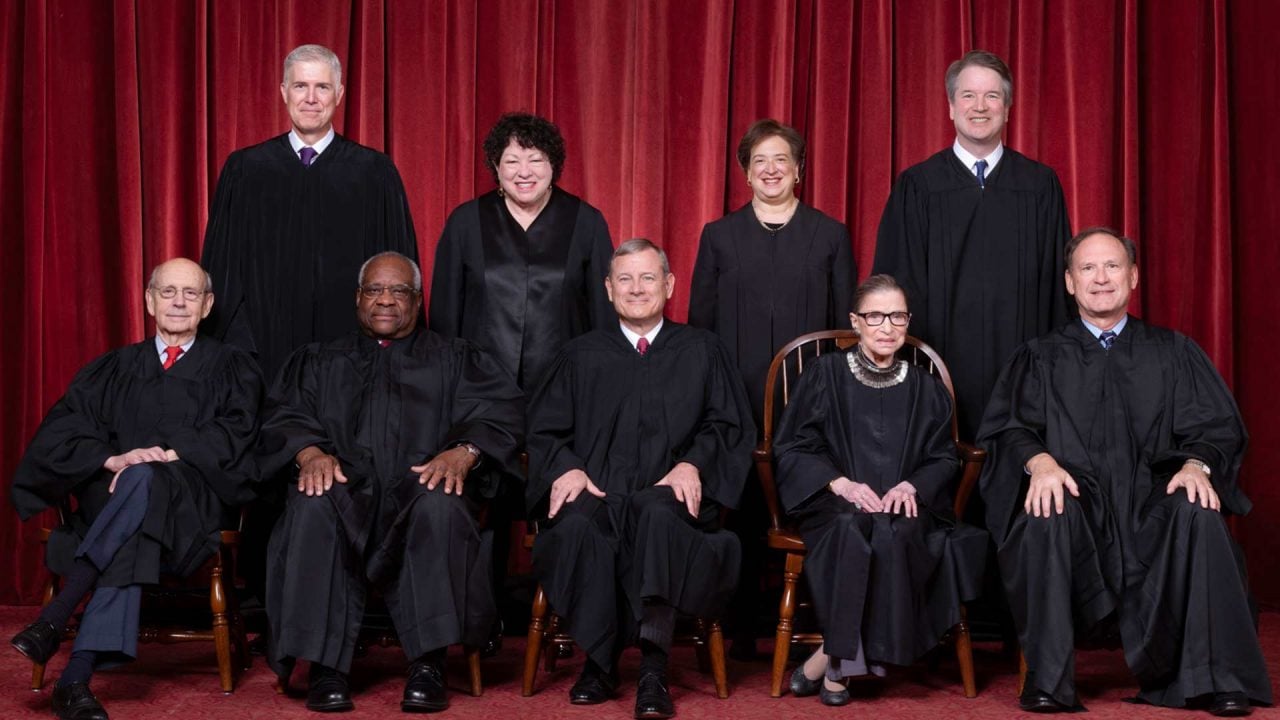 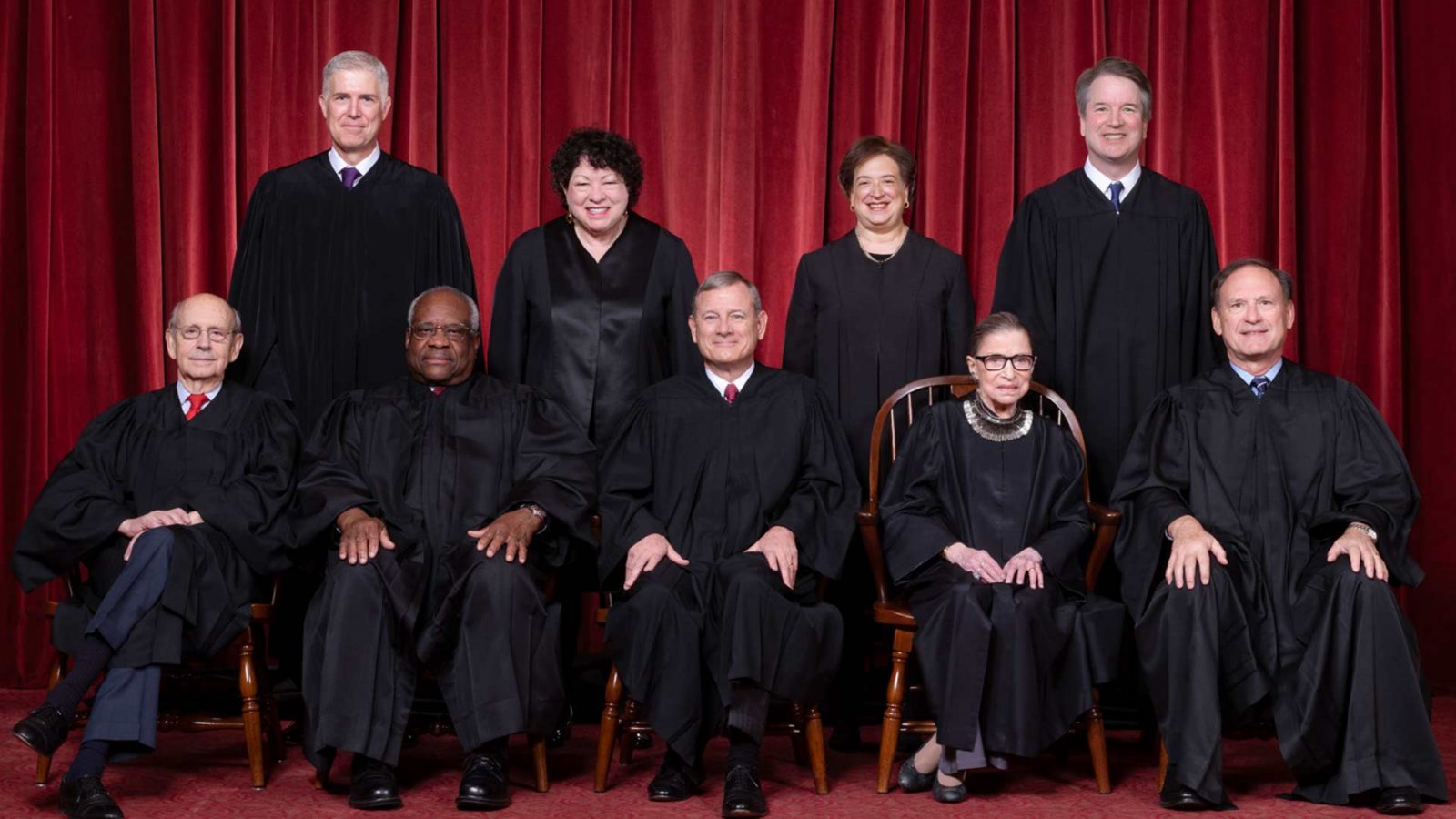 Last Monday the U.S. Supreme Court ruled 6-3 that the language in the federal Civil Rights Act of 1964 bans discrimination in the workplace on the basis of sexual orientation. The Bostock v. Clayton County decision has caused considerable uproar among social conservatives because the majority opinion was written by Justice Neil Gorsuch, a Trump appointee. Justice Gorsuch was expected to side with conservative views of constitutional and statutory interpretation, a position hoped for by the conservatives and feared by progressives.

The original Civil Rights Act made it “unlawful for an employer to fail or refuse to hire or to discharge any individual or otherwise discriminate against any individual” because of their “sex.” The issue the justices recently ruled on – and I am not making this up – is what does “sex” mean? Lest you think the opinions read like a racy novel, they actually seemed designed to put most people to sleep.

Progressives adhere to what is known as “living constitution” or “loose constructionism.” The claim is that words written long ago must evolve and adapt to new circumstances…

Principles of interpretation are important to the decision and vital to the return of the rule of law in the courts, but, in the end, it was a difference in facts which divided the conservative block.

The progressives adhere to what is known as “living constitution” or “loose constructionism.” They claim that words written long ago must evolve and adapt to new circumstances without formal amendment by Congress. Under these doctrines, change is made by the judiciary, not the democratic process. A constitution or a statute, they believe, is actually a blank page upon which progressive judges can write their agenda into law. For Justices Ginsberg, Bryer, Kagan, and Sotomeyer, the Bostock ruling was easy. None of these judges wrote a concurring opinion, and so did not join in the debate between the conservatives, which was irrelevant to them.

The conservatives, however, adhere to “textualism” and “orginalism.” Textualism means that a judge must look to the actual words of the document as those words would have been read by a skilled, objectively reasonable user of words. Moreover, courts are to use ordinary, not literal, meaning of words and phrases. Originalism interprets words as they were intended to be interpreted at the time the statue or constitution was adopted. While textualism and originalism are different methods, if adhered to, both set limits on judges, and effectively prohibit the judiciary from writing their own laws and ignoring the democratic process.

Gorsuch’s decision, however misguided, does not affect the ability of Congress to change the statute.

All five of the conservative justices are textualists and originalists. Justice Gorsuch’s opinion stated that “when the express terms of a statute give us one answer and extratextual considerations suggest another, it is no contest.” Justice Kavanagh’s dissent states: “… the majority opinion achieves the same outcome by seizing on the literal meaning and overlooking the ordinary meaning of the phrase ‘discrimination because of sex.’” Justice Scalia once said that if textualism and originalism standards become the interpretation rule, it would not end judicial disputes. There would still be plenty left to fight about. Bostock certainly shows he was right.

In my view, the dissenters are correct, Gorsuch and Roberts wrong, and the decision a bad one. But I decline to declare Bostock a disaster and betrayal. The other basic mistake in Gorsuch’s opinion is the failure to defer to the legislative process. The law is a statute, not a constitution. Congress enacted it 56 years ago and has been dealing with amendments and proposed amendments ever since. Justice Kavanagh correctly charged that the majority had usurped the role of Congress, adding to public confusion about who the policymakers really are in our system of separated powers.

There has been a lot of hyperventilating over this decision.

Nevertheless, a mistaken interpretation of the statute does not have the same deleterious effect as one made regarding the Constitution. Infamous Supreme Court decisions on abortion and marriage destroy the democratic process because of the practical impossibility of amendment. Gorsuch’s decision, however misguided, does not affect the ability of Congress to change the statute. The democratic process and the rights of citizens to work for change in the law continues unimpeded.

There has been a lot of hyperventilating over this decision. Charges have been made that it will require transgender males to have access to a woman’s homeless shelter as the Municipality of Anchorage tried to do. The statutory language in Bostock involved only workplace discrimination. Employers in the case did not claim infringement of their religious liberty. At the end of his opinion, Justice Gorsuch stated: “we are also deeply concerned with preserving the promise of free exercise of religion enshrined in our Constitution; that guarantee lies at the heart of our pluralistic society.”

Gorsuch and Roberts are textualists and originalists principles which set barriers against the propensity of judges to extend their power and rule over the democratic process. The country is a far better place with Gorsuch, Kavanagh and the other textualists and originalists judges. Disputes among such judges are to be expected. As noted above, the progressive judgers aren’t even in the debate on the application of textualism and originalism because they recognize no such barriers. Perspective is required. First, I recommend reading the decision and dissents, which, unfortunately, run to 172 turgid pages, including an appendix. Second, calm down.