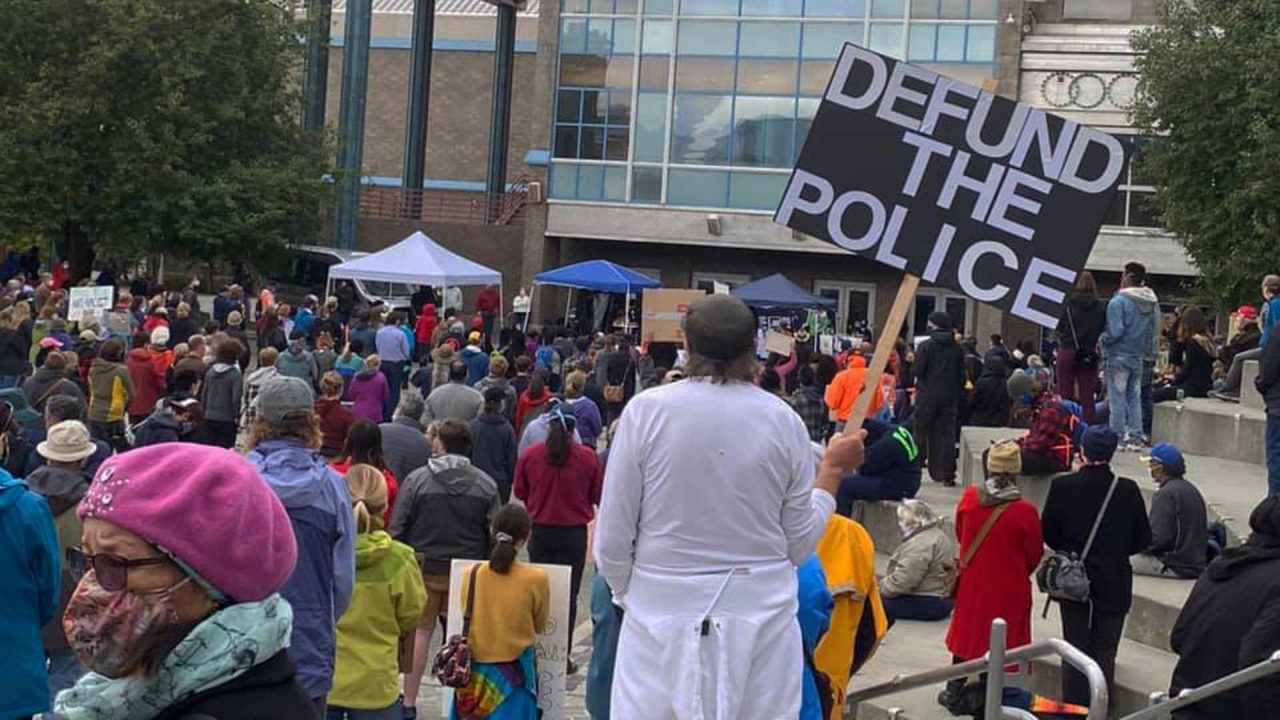 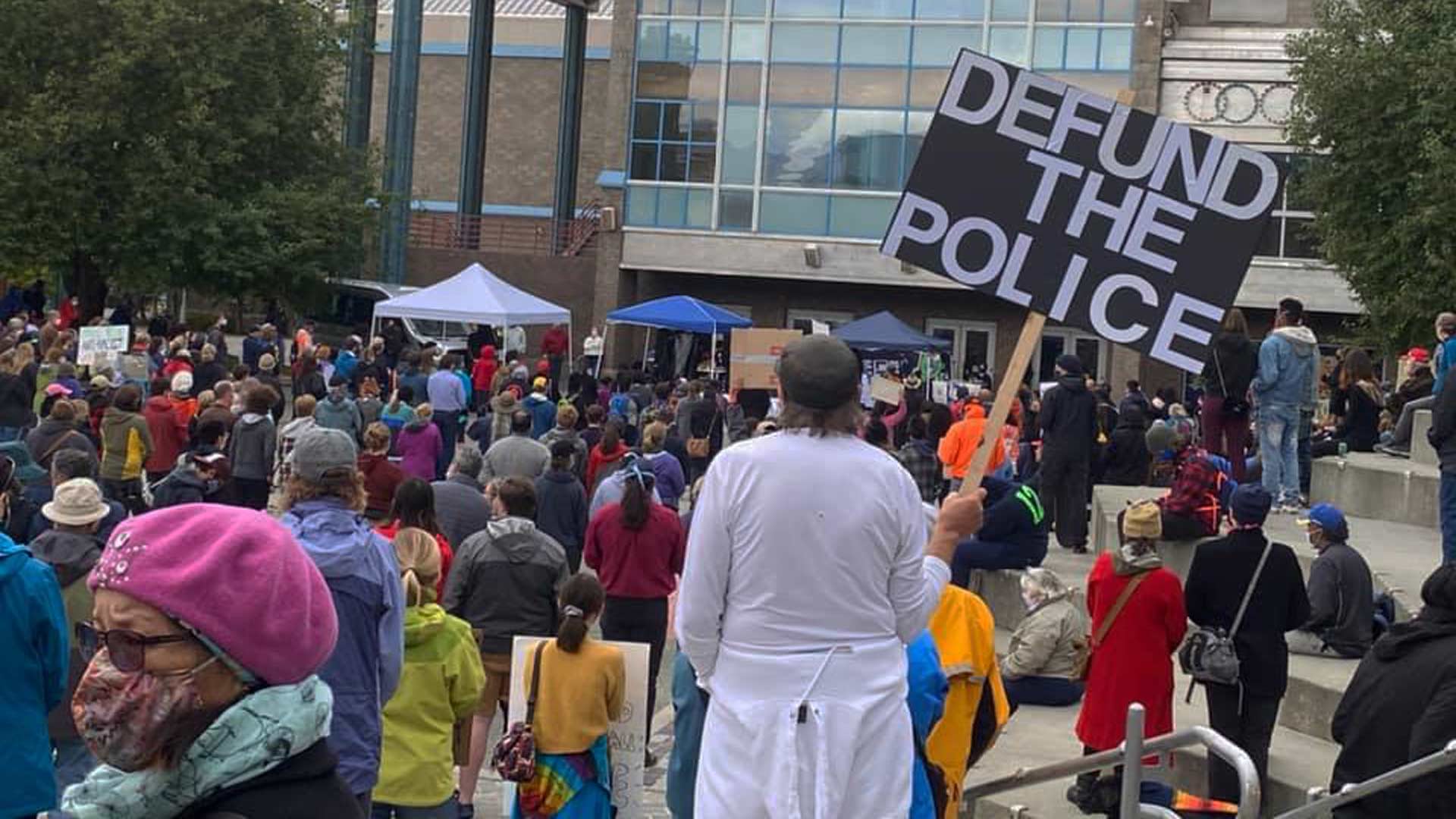 At one point during the Sept. 7 Black Lives Matter protest in Anchorage a local pastor took to the stage and denounced anyone who challenged the legitimacy of the movement as being opposed to Christ’s efforts to assist the marginalized.

Organized by Alaska’s Black Caucus, the rally in Town Square drew several hundred people including Mayor Ethan Berkowitz, Black Lives Matter leaders, the NAACP and others, including several of the most liberal members of the Anchorage Assembly.

Woven throughout more than a dozen speeches was the fervent (at times even religious) belief that America is fundamentally flawed due to “systemic racism” and unjustly structured at every level to benefit white people at the cost of blacks and other identity groups. According to this narrative, individuals need not make racists comments or treat others unjustly in order to perpetuate social injustice. Simply failing to believe or support certain political solutions for “systemic racism” makes one part of the problem.

Speakers claimed the entire structure of the nation needs to be overhauled and transformed into what they call “the beloved community.” It turns out that this society largely mirrors the most radical liberal goals of the Democratic Party – free health care for all, defunding police departments and setting aside public funds to actively advance and promote social programs for those deemed sufficiently disadvantaged due to their racial or ethnic status or by their membership in the LGBTQ community.

Kevin Mcgee, president of the Anchorage NAACP, delivered the longest speech of the day in which he railed against President Donald Trump to cheering applause. He also praised recent protests across the nation for galvanizing a political coalition to overcome Trump and his allies in the U.S. Senate.

Mcgee never condemned the violence which has broken out in many protests in the Lower-48, but instead attempted to frame Trump as a racist because he advocates for the return of law and order to cities that have been burned and looted by protesters. Mcgee said Trump’s “law and order message”  was little more than a calculated political effort to scare whites into voting for him in November.

Mcgee also tried to lump the Republican president in with the late Gov. of Alabama, George Wallace, who was a four-time Democratic presidential candidate and notorious promoter of racial segregation. He famously stood outside the entrance of the University of Alabama in 1963 to block the path of black students.

While failing to acknowledge that Wallace was a lifelong Democrat, Mcgee said Wallace and Trump share similar strategies of dividing America for political gain.

Without offering statistical support, Mcgee also claimed, “inequality in America is greater today than at any point since the beginning of the 20th century.” After asserting that Trump is to blame for tens of thousands of coronavirus deaths as well as the violent protests (nearly all of which are anti-Trump), he urged everyone to vote out the president in November.

Speakers had little patience for those who attended the rally with signs stating, “All Lives Matter,” or “All men were created equal.”

Several local churches gathered to pray on the peripheries. One of the leaders told the Watchman that they were concerned with the ideological underpinnings of the Black Lives Matter organization, which has harnessed legitimate anger over the unjust deaths of some blacks at the hands of police officers to further a radical Marxist agenda that includes dismantling the nuclear family, communal rearing of children through government programs and the promotion of LGBTQ political aims.

Pastor Leon May, of River of the Desert Church, began by asking attendees to “give God a hand of praise,” before proceeding to ask for God’s blessing over the event. His acknowledgement that “out of one blood” God made all men, and that “we must love one another” would have found widespread support even among those who disagree with the political ideology of Black Lives Matter movement.

Similarly, Pastor Undra Parker, of Shiloh Missionary Baptist Church, called on protesters to love one another as Christ loved them, and he challenged attendees to be intentional about finding someone of another race, ethnicity or background and build a relationship with them.

The spiritual element was largely overshadowed, however, by the more prominent political aims of organizers.

Anchorage Mayor Ethan Berkowitz used his talk to promote the newly approved Office of Equality and Justice that will enforce his administration’s liberal social agenda across all sectors of Anchorage.

“In this community, as we seek to overcome structural racism, we are doing things to dismantle,” he said. “We are putting forward an office of Equity and Justice, so that in the equity area there will be an opportunity for someone to get up and make right the wrongs that have too long festered.”

Berkowitz’s equity officer will promote leadership and advancement for LGBTQ+ residents, communities of color, the disabled, immigrants and refugees. Other duties include developing “equity programs,” and establishing “equity data targets.” This includes collecting data to address “systemic disparities.” This information will be presented to the mayor in order to eliminate perceived inequities at all levels of municipal governance.

Anchorage Assembly Chair Felix Rivera also touted the Office of Equity and Justice, claiming that it was necessary to fight social injustice in all areas of society.

“It isn’t just in policing. It’s in healthcare, it’s in education, it’s in banking and the list could go on,” he said.

The event ended without violence with a march to the Martin Luther King memorial at the Delaney Park Strip.