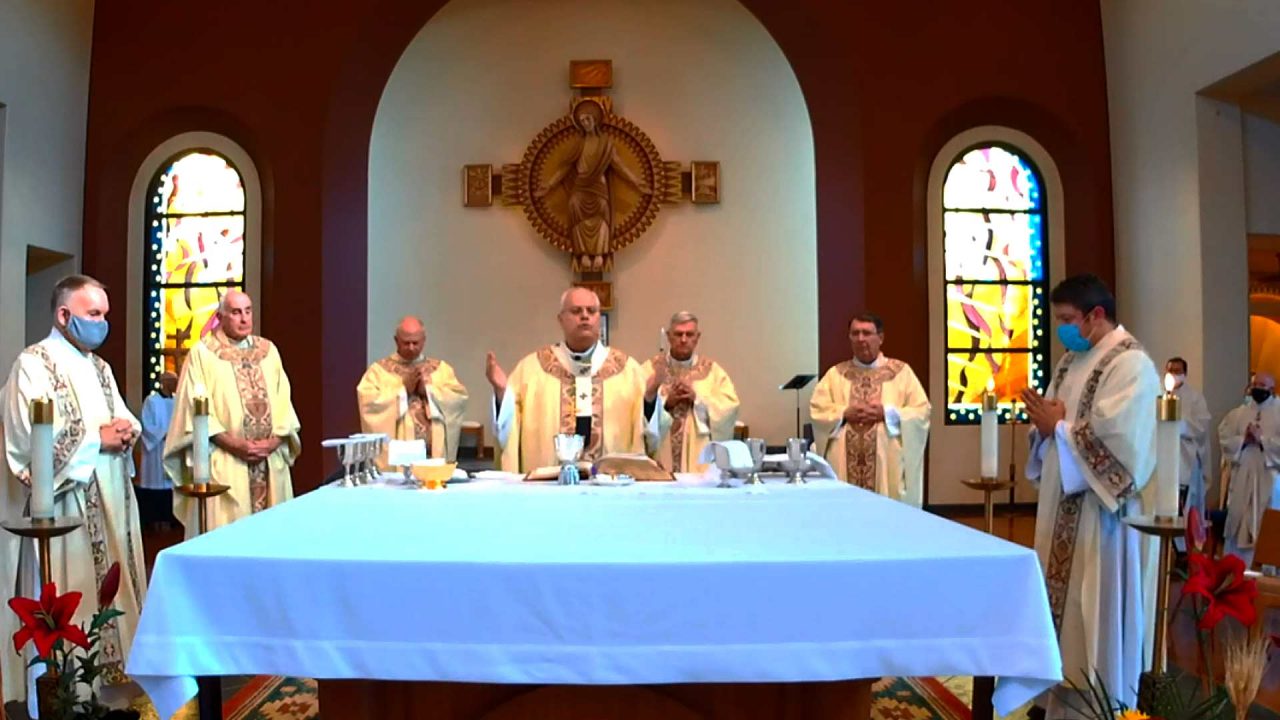 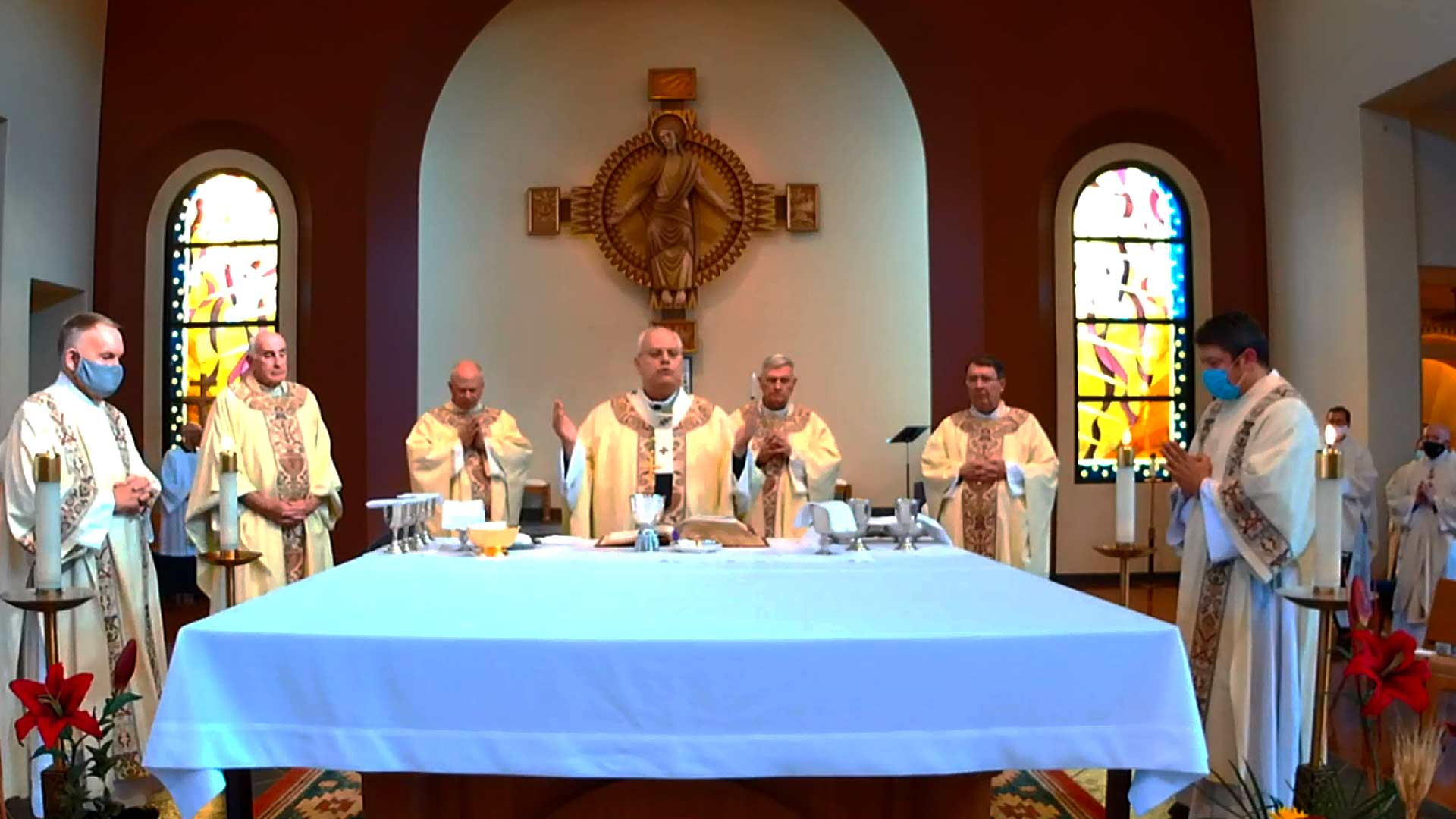 Pope Francis’ personal ambassador to the United States was in Anchorage on Sept. 17 for the installation of Archbishop Andrew Bellisario as the first archbishop of the newly formed Archdiocese of Anchorage-Juneau.

Representing the Vatican, Archbishop Christophe Pierre attended the live-streamed installation Mass at Our Lady of Guadalupe Co-Cathedral where the archdiocese was officially inaugurated by merging the former Diocese of Juneau and the Archdiocese of Anchorage.

Bellisario is taking control of the archdiocese during a time of controversy in the local church. Providence hospital in Anchorage and the Brother Francis Shelter, both Catholic institutions, have been mired with scandals in recent weeks. The Watchman reported recently that Providence has been providing transgender hormonal treatments to alter the physical appearance of people who identify as the opposite sex. The Catholic hospital is also home to the Alaska Women’s Health Clinic which offers services and medical procedures such as sterilization and contraception which violate Catholic moral teachings.

The archdiocese has been aware of the Alaska Women’s Health Clinic for several years, but they continue to be permitted to operate in opposition to Catholic ethics.

With regard to the Brother Francis Shelter, the homeless outreach was recently given $200,000 dollars from the Municipality of Anchorage after Mayor Ethan Berkowitz urged the Anchorage Assembly to issue the money because of the shelter’s permissive gender identity policy. The mayor is a staunch activist for the more radical elements of the LGBTQ agenda and his administration attempted to fine another religious based shelter for not allowing males who identify as females to sleep and shower with biological females.

Bellisario now has the authority and responsibility to address such concerns that surface in the archdiocese. In his concluding comments, Bellisario spoke about divisions in the church and the wider culture. Without naming specifics instances, he complained of a negative energy circulating these days.

“As you look around our country and sometimes even in our own church, we see a very powerful energy, but it doesn’t always come from the Lord,” he said, adding that it is energy motivated by anger and self-righteousness and hatred.

He then turned his attention to written comments he deems vengeful, asking the faithful to be more empathetic and sympathetic.

“We need to reflect on this as a people, as Americans, as Catholics, as Christians, whatever our faith may be,” he said. “To take the weapon of the pen out of our hand. You know, to take the weapons of the keyboards away from our fingers, to take the vitriol off our tongues and to be truly converted.”

During the installation, the pope’s ambassador read two papal decrees establishing the new archdiocese and placing Bellisario as the leader. He then placed a pallium – a circular strip of white woolen cloth – over the shoulders of Bellisario signifying his authority to govern the local church. This symbolic cloth, made of lamb’s wool,  was personally blessed by Pope Francis.

Bellisario, who served as bishop of Juneau since 2017, had been overseeing both the Juneau and Anchorage dioceses after Archbishop Paul Etienne was reassigned to Seattle in 2018. On May 19, the pope announced that Bellisario would take over a new merged archdiocese. In combining the dioceses of Southeast and Southcentral Alaska, the state now has just two Catholic dioceses. The other is in Fairbanks. In some ways, however, the union harkens back to an earlier era in Alaska. Prior to 1966 the two areas were both under the Diocese of Juneau in a sparsely populated missionary frontier. As Anchorage grew, the Anchorage Archdiocese was established to serve the burgeoning population of Alaska Catholics in Southcentral.

Bellisario is a religious order Vincentian priest who comes from immigrant parents. Born in 1956 in Los Angeles, he entered the minor seminary of St. Vincent de Paul in Montebello, California in 1971.

In 1975 he joined the Vincentians in Santa Barbara and was ordained to the priesthood in 1984. Upon ordination, Bellisario served as Dean of Students at St. Vincent de Paul Minor Seminary in Montebello, California, for two years, and then served in several parish assignments across California. In 1996 he moved into supervisory and leadership roles within his order. In 2014, he arrived in Alaska as the pastor of Our Lady of Guadalupe Co-Cathedral in Anchorage.