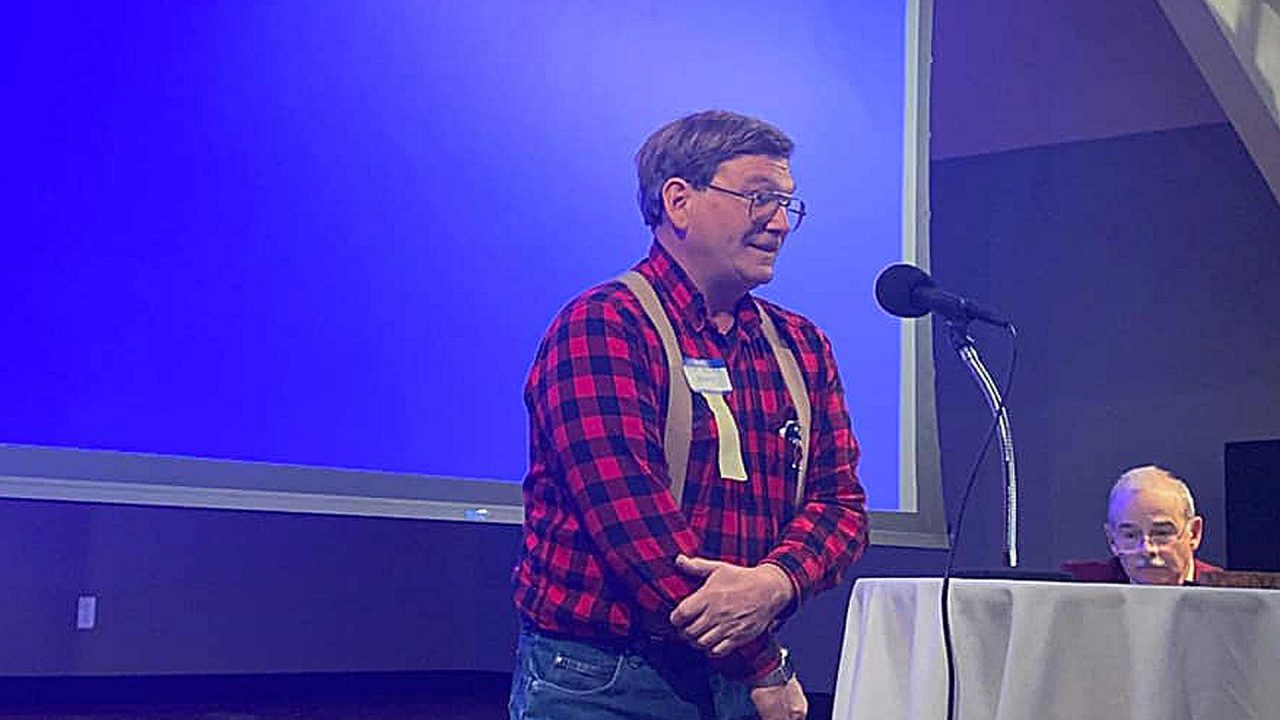 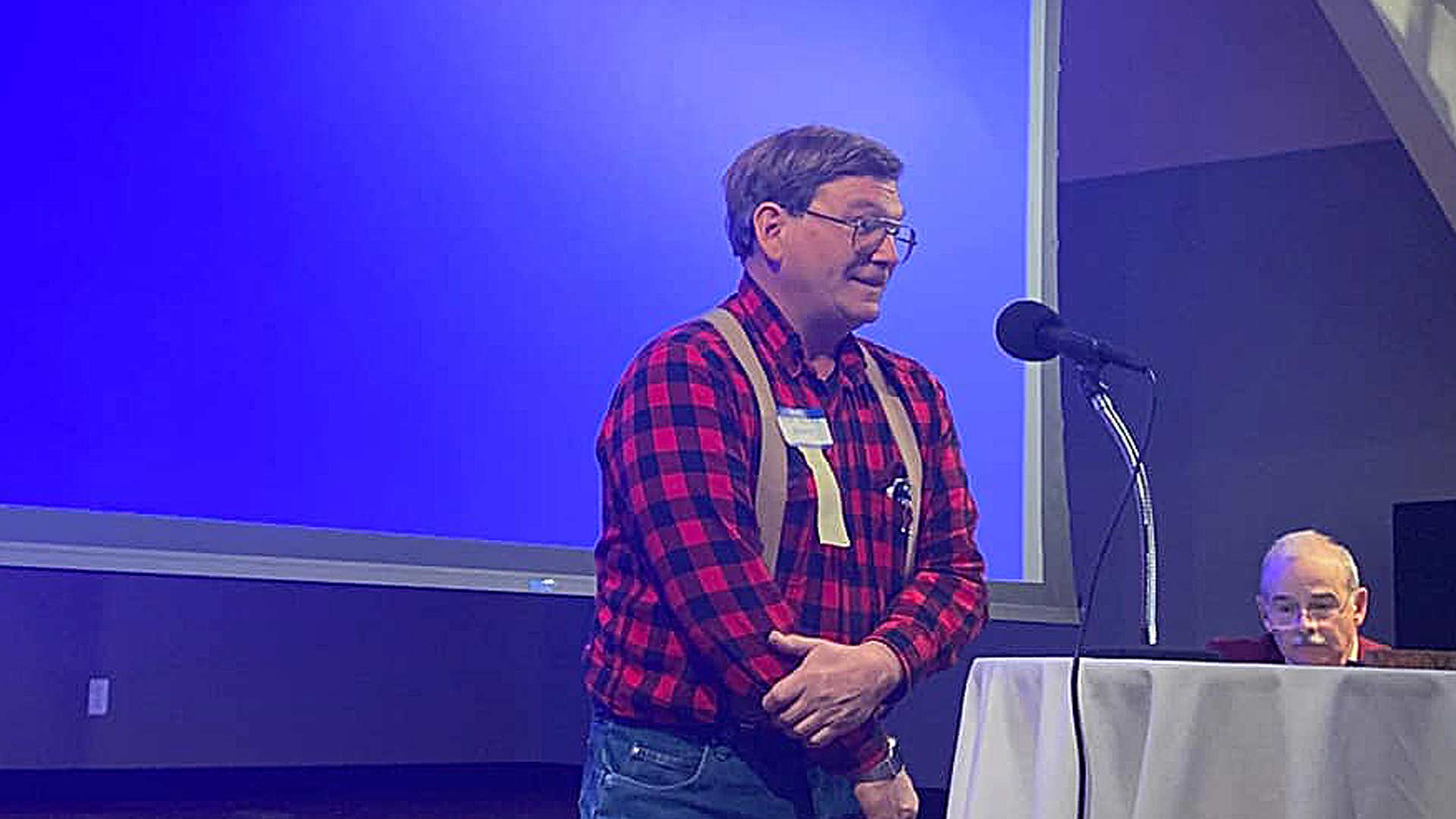 Party leaders and candidates from the Alaska Independence Party (AIP) met in Wasilla on Oct. 17 for the organization’s first statewide convention in a decade.

The gathering of roughly 20 people at Mat-Su Resort occurred just one day after the release of a New York Times poll that showed the AIP’s U.S. Senate candidate John Wayne Howe polling at 10% among Alaskans. The poll has sparked discussion of how a strong showing by Howe on Nov. 3 could impact the U.S. Senate race, which includes incumbent Republican Sen. Dan Sullivan and his main challenger Al Gross, the Democratic nominee.

Howe said his main reason for running was to reign in taxes by fundamentally altering the way citizens pay for government services. He wants to gradually move to a system in which Alaskans voluntarily pay for public services by prioritizing what they want government to provide.

Howe said the cost of health care was another priority. The problem, he said, stems from a lack of general practice physicians, which leads to ever-higher health care costs at the hands of a few specialized doctors offering overpriced services. Burdensome regulations are also part of the problem, he said.

The purpose of the convention was to revitalize the AIP and clarify the party’s platform. The meeting began with prayer, the national anthem and singing Alaska’s state song. From there acting party chairman Bob Bird laid out a vision for the AIP, which has languished in recent years, but is now gaining momentum.

The Democratic party has become the American Communist party and they will defend abortion as their crown jewel.

“This party will not die under my watch without an effort being made,” Bird began. He noted that the AIP has gained 1,000 new members every month since the death of former party chairman Lynette Clark in May. The AIP now claims more than 18,000 members as Alaska’s third largest party. Bird was elected chairman during the convention.

He observed the party would likely be much bigger if not for the fact that many Republicans don’t want to give up their party affiliation.

Most of the speakers were former Republicans, and the audience included two Republican State House candidates from Wasilla – Rep. David Eastman who’s running for reelection, and political newcomer Christopher Kurka.

“I don’t blame the Republicans at all for wanting to have the primary under their own control,” Bird said before telling the audience to take heart because the AIP is a growing force.

He reaffirmed the party’s key pillar which is to advocate for strong state’s rights. He also said the question of abortion is key to the platform going forward.

“There is no future without children,” Bird emphasized. “For 50 years we’ve had legalized abortion in this state.”

After making pitch for dissatisfied Republicans to join an AIP party that fights for the unborn, religious freedom and personal liberties, Bird had harsh words for the Democratic Party.

Former U.S. Senate candidate Joe Miller addressed convention attendees via phone. He spoke of a nation in crisis, and the need for a truly independent party that is unbeholden to the power brokers of the Democratic and Republican machines.

Miller blasted state governments across the nation for imposing COVID mandates that violate personal liberties. He also lamented riots, looting and violence that have unfolded in many American cities, as well as the anti-law enforcement attitude exacerbating the chaos.

Blatant media bias that “has been over the top” is another challenge, Miller said. “The extent of the bias has never been as transparent as it has over the last three or four years.” This includes nonstop attacks on President Trump, a refusal to honestly report on Joe Biden or his son Hunter Biden and a willingness to turn a blind eye to riots across the country, Miller said.

That’s the kind of struggle you have when you’re a third-party candidate in this state.

Amid the uncertainty, Miller believes the AIP has an opportunity to create real political change in Alaska through a strong third-party option.

“Party affiliation is not a strong point for Republicans and Democrats,” he said of Alaska’s political landscape. “God speed in your efforts to reclaim our state and our nation.”

In addition to Howe, the AIP has several other candidates running for office this fall. This includes Greg Madden who is challenging Republican State Senator Gary Stevens of Kodiak.

“What I want to promote is God, family and country, in that order,” Madden told convention attendees, adding that he is a strong supporter of gun rights, pro-life laws and meaningful checks on the power of liberal judges who wantonly flaunt constitutional law.

Huit addressed the challenges of running in a third party. The Division of Elections initially left him off its candidate list and then didn’t include him in the official election pamphlet which was mailed to voters last week.

“That’s the kind of struggle you have when you’re a third-party candidate in this state,” he said, adding that Alaska needs a party unbeholden to outside interests and big money.

“If we continue with these two parties dominating it, we are gong to be taken to a place that we don’t like,” he said.