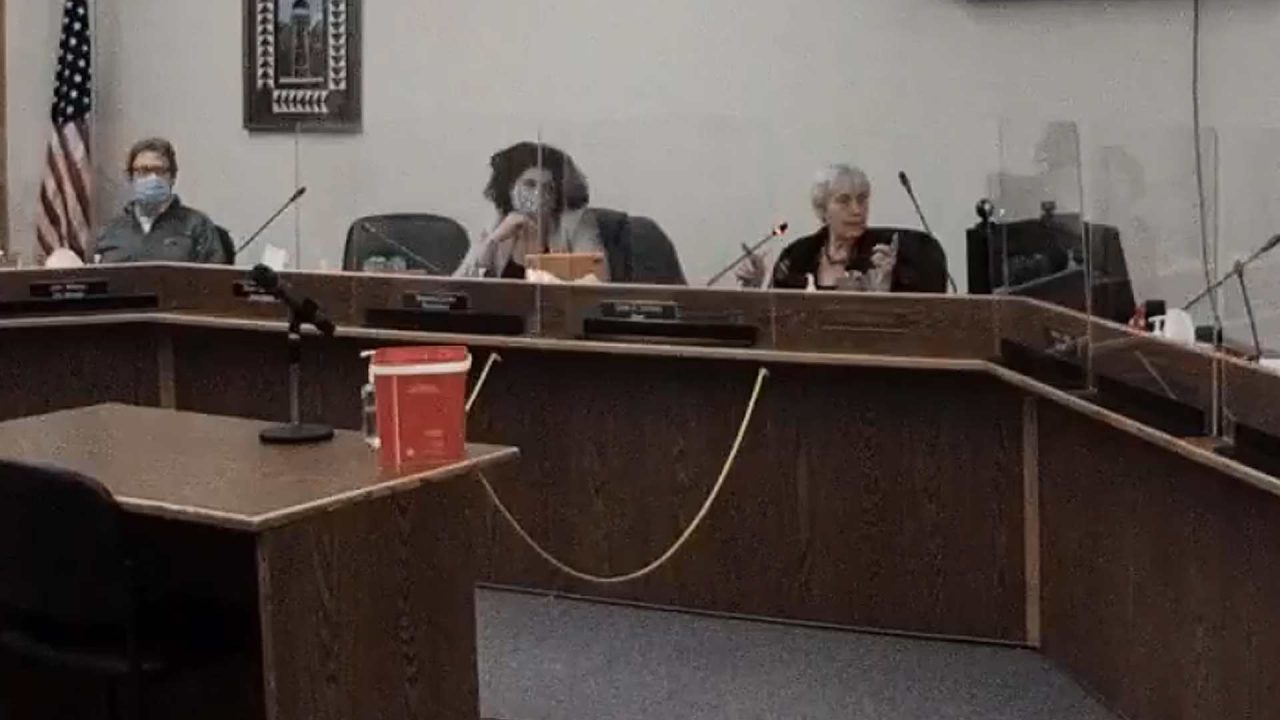 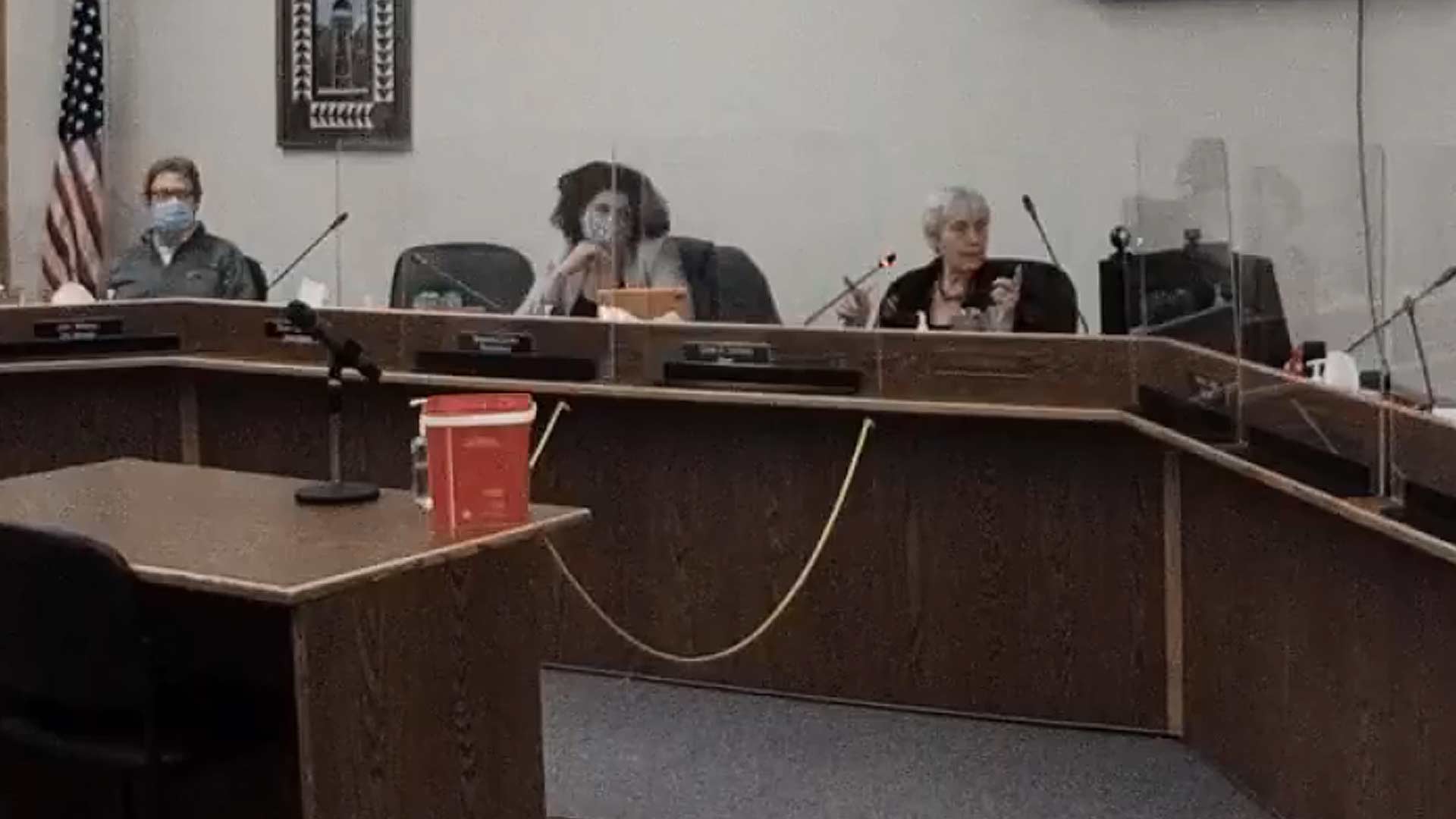 After spending seven hours reading aloud more than 250 letters dealing with a proposed citywide mask mandate, the Palmer City Council ended their Nov. 25 meeting just before midnight without voting on the measure. The meeting will be continued into its third day of testimony on Dec. 4 at 4 p.m. Another 250 additional letters still to be read into the record, which should take six to seven hours.

While the council took no in-person testimony, area residents once again stood outside the city chambers peacefully protesting the proposed mandate. They held signs stating, “Keep Palmer Free,” “Honk for freedom,” and “No Mask MANDATE – Pro-Choice,” among many others.

The Nov. 25 meeting was a continuation of the initial Nov. 18 meeting in which the council heard three hours of in-person testimony and 50 written comments. The overwhelming number of those who testified opposed the mandate. On Nov. 25, the written comments also outweighed those favoring a mask mandate.

The idea of requiring everyone in the city to wear a mask was introduced by Deputy Mayor Sabrena Combs and Councilwoman Jill Valerius. It is modeled closely on Anchorage’s highly contentious mask mandate and requires face coverings in nearly all indoor and even outdoor settings. Businesses would carry the burden of enforcing the law as it requires them to remove anyone who fails to comply.

During the meeting, Mayor Edna DeVries was maskless while Deputy Mayor Combs and Councilman Brian Daniels wore masks. The other council members participated via Zoom.