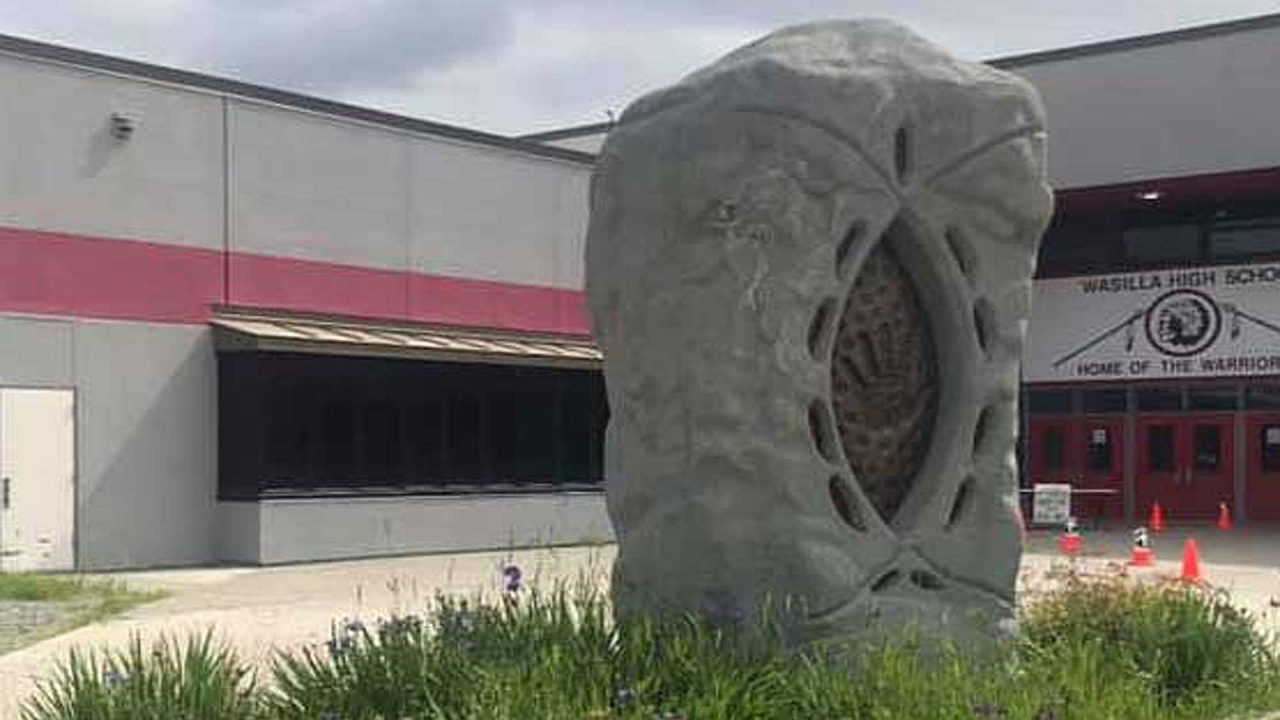 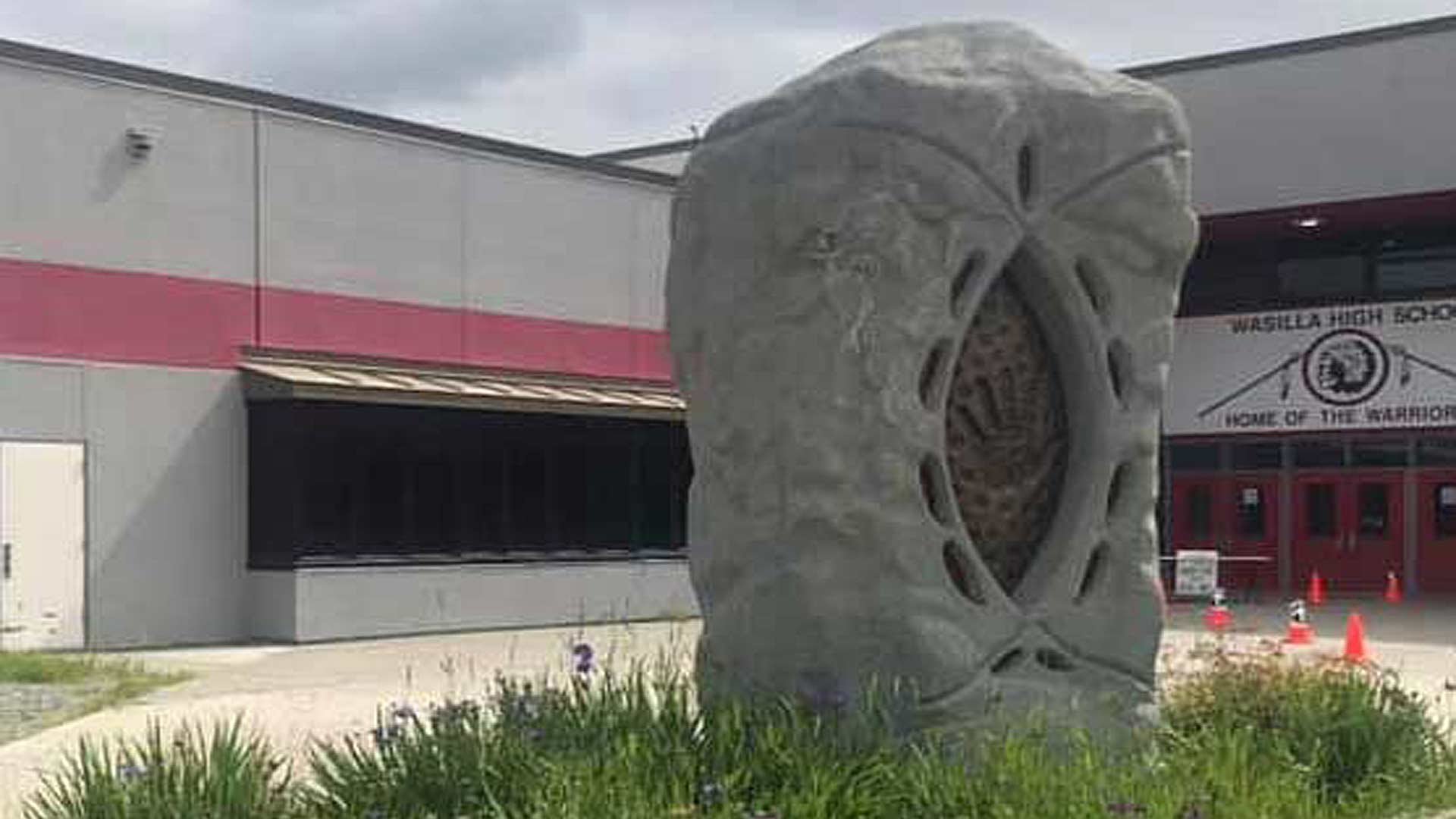 As part of its rebranding project, Wasilla High School – home of the Warriors – is removing a 12-foot statue that has long been ridiculed for resembling a part of the female anatomy.

The “Warrior Within” statue was first unveiled in 2012 and made national news for its resemblance to a vagina. After more than eight years, the $100,000 artwork will soon be replaced with a six foot bronze statue of Chief Wasilla, the namesake of the City of Wasilla.

The old “Warrior Within” piece, created by Jim Dault and Shala Dobson, was approved by the Mat-Su School District in 2012. Made of stone and concrete, it includes two shields surrounded by feathers. Shortly after its unveiling, then principle Amy Spargo had it put under wraps amid widespread community criticism.

More than eight years later the statue saga is finally coming to an end.

The new figure will be created by renown Alaskan artists Jacques and Mary Regat who over the past 50 years have created a vast array of statues and other artworks on display all across the state.

Last month a school survey showed overwhelming student support for swapping out the old statue for one of Chief Wasilla. Out of 307 respondents 237 (77%) were in support of the proposal. The school is now raising funds for the project.

According to the school’s Facebook page, the new statue will be displayed at the school entrance where it will “remind students, staff, and the community of the historical nature of their mascot, the Warrior.”

“Chief Wasilla will stand as our Warrior at the doors of Wasilla High School, keeping the ideals of the Warrior Nation held in high regard!” the announcement states. “We are excited to bring this one of a kind monument to WHS.”

The Chief Wasilla statue is part of a larger rebranding project at Wasilla High. Last summer controversy erupted over the school’s Warrior logo. A former student created an online petition, claiming the logo was offensive to Alaska Natives.

In response to the petition, Wasilla High School issued a statement on Facebook saying it was working with the Knik Tribal Council to design a more “culturally appropriate” warrior to “reflect the indigenous people of our area.” The plan includes assessing artwork throughout in the school to determine whether it is “culturally responsive to our community.”

The announcement generated hundreds of comments on Facebook, some supportive, but many were disappointed that Wasilla was nixing the traditional and much beloved Warrior mascot. Some accused the school of falling prey political pressures that use race to divide communities.

Principle Jason Marvel emphasized at the time that the goal was not to change the Warrior mascot but only its appearance so that it reflects the Dena’ina Athabascan peoples who were the first peoples of the area.

This fall a student logo committee met, along with a local artist to work on the redesign. This group will choose three logos to pitch to the student body, who will then vote on their favorite.