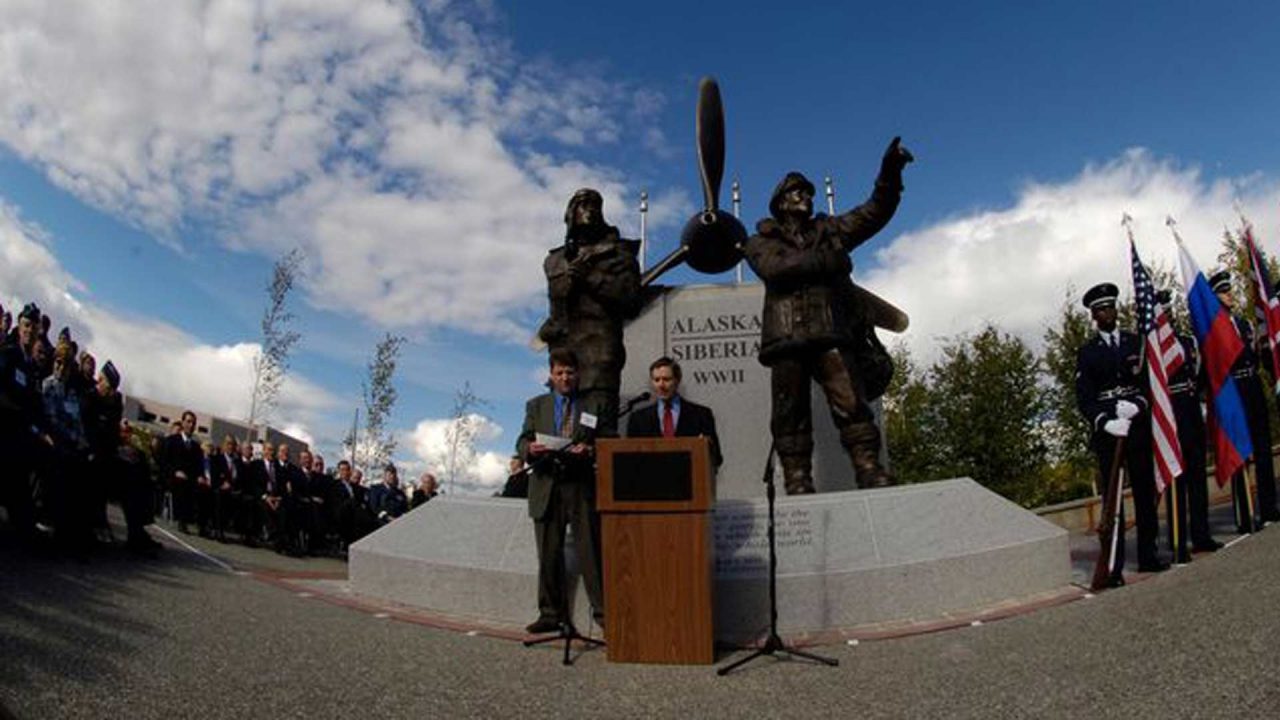 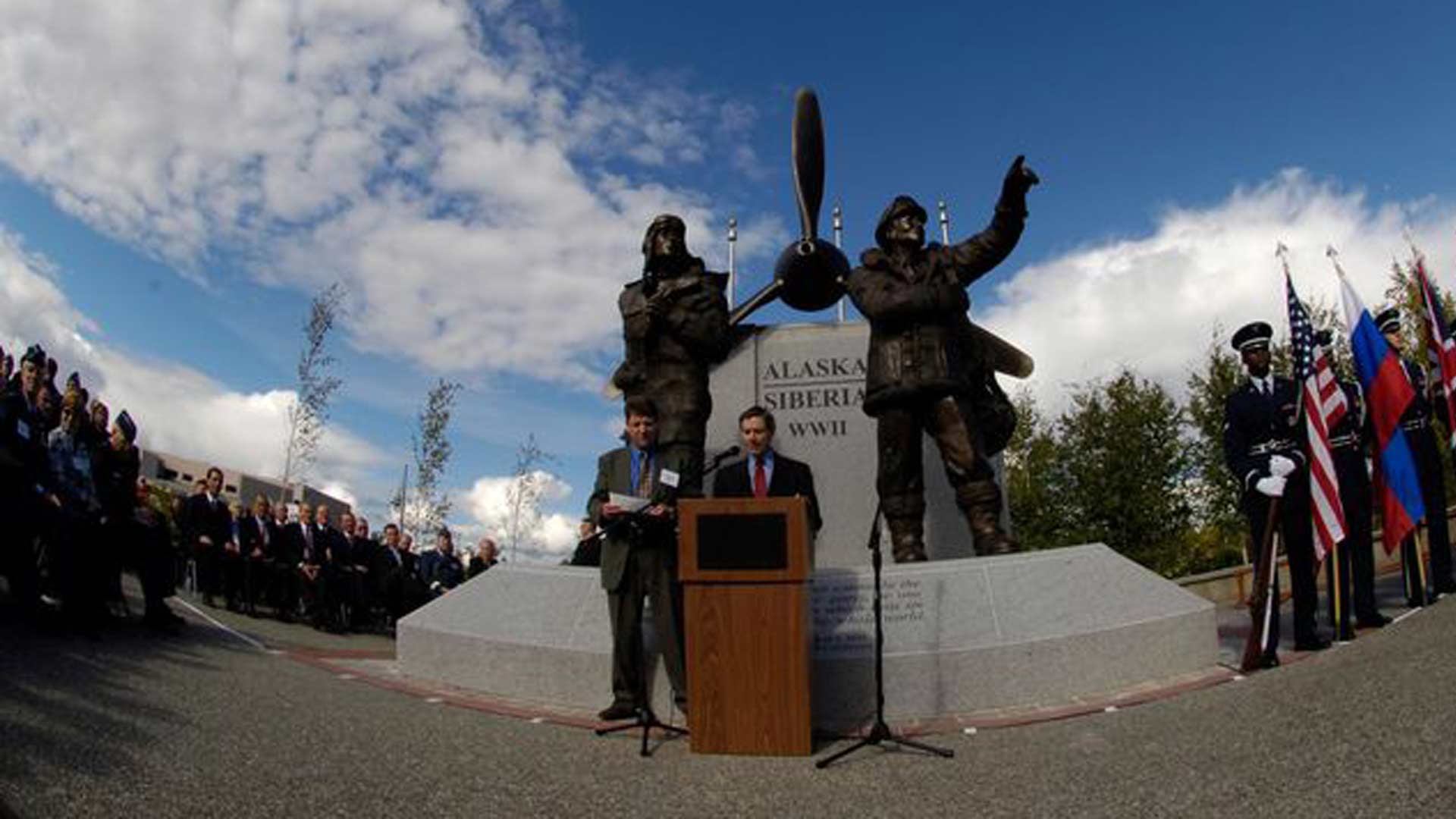 “The structure of world peace cannot be the work of one man, or one party, or one nation … it must be a peace which rests on the cooperative effort of the whole world.” – Franklin D. Roosevelt

May 8, the World War II Victory Day in Europe, is a reminder to Alaskans and all of mankind of a remarkable chapter in the world’s history, when peace-seeking nations united against evil.

One of the decisive factors leading to the victory of the world’s peace-seeking nations in the Second World War was the effective cooperation of the countries of the anti-Hitler coalition. Today, after the passage of 76 years, it is vital once again to recall this unique episode, when the Allied countries, despite sharply divergent governing structures and ideologies, managed to reach agreement on a shared global imperative ― to present a unified front against the powers that promulgated fascism and militarism.

In the “worst of times” between 1939 and 1945, 55 million people died violent deaths ― the majority of them not as soldiers-in-arms but as defenseless civilians, including the millions of victims of the Holocaust. Yet, in one way, this period was also the “best of times,” when many countries of the world rallied against the ultimate rogue states of Germany and Japan to achieve the total defeat of German Nazism and Japanese militarism.

The United States’ Lend–Lease program contributed greatly to the victory in World War II, and the Great Patriotic War of the Soviet Union in particular. The volume of materiel transferred from the United States to the Soviet Union between 1941 and 1945 was indeed staggering: nearly 15,000 airplanes, 7,000 tanks, 51,000 jeeps, 376,000 trucks, 132,000 machine guns, 4.5 million tons of food, 107 million tons of cotton, and more than 15 million pairs of army boots, among other items. At its peak in 1944, American help amounted to 12% of the Soviet gross national product.

Ladd Army Airfield (now Fort Wainwright) in Fairbanks, Alaska, served as a key transfer point for nearly 8,000 American-built combat aircraft from the United States to the Russian battlefronts on the Alaska–Siberia (ALSIB) Air Route. In the three years of the route’s existence, thousands of Americans worked with Soviet personnel on the cooperative program. From 1942 to 1945, the Alaska–Siberia Lend–Lease operations demonstrated that two nations could set aside differing views, cultural values, and ideologies to achieve a common, mutually beneficial goal: to defeat Nazi Germany and its Axis partners.

Soviet and American pilots flew the Alaska–Siberia Air Route to deliver combat planes halfway around the world, traversing more than 12 time zones, from Great Falls, Montana, to the Russian warfronts. Much of the route lay over remote and roadless wilderness where pilots made their way in stages from the safety of one hastily built airfield to the next.

It is important to remind Alaskans and other peace-seeking citizens of the U.S. Lend–Lease Program and Soviet–American war cooperation of the 1940s.

Alaska served as the exchange location for transferring the planes to the Soviet Union. United States Army Air Corps pilots from the 7th Ferrying Group and Women Airforce Service Pilots (WASPs) flew combat planes from their points of manufacture in the U.S. to Great Falls, Montana, where male pilots of the 7th Ferrying Group flew them across Canada to Ladd Army Airfield, now Fort Wainwright, near Fairbanks, Alaska. From there, pilots of the USSR’s Air Force flew the planes over western Alaska and across Siberia to the warfronts.

Due to severe weather conditions, mechanical problems, and other adverse circumstances, 133 of these airplanes crashed in North America and 44 went down in Siberia along the Alaska–Siberia Air Route. During their time of service, 38 WASPs died and many more were wounded in the line of duty in the United States while delivering planes to Great Falls.

In the process of transferring aircraft in Alaska, Soviets and Americans get acquainted, and many became sincere friends, carrying on in friendship for the rest of their lives what had begun as a purely strategic alliance. The friendship and cooperation between the two nations during this period of history is now little remembered in the wake of 45 years of ill will fostered during the Cold War (1946 to 1991), and recent resurging tensions between Russia and the United States. Yet, in many ways, our two countries continue to rediscover the benefits of mutual cooperation, as the rebuilding of economic and social bridges continues.

Today, therefore, it is important to remind Alaskans and other peace-seeking citizens of the U.S. Lend–Lease Program and Soviet–American war cooperation of the 1940s. Beyond the achievement of victory in World War II, the Alaska–Siberia Lend-Lease Program established a tradition of cooperation across the Bering Strait that continues to this day in the form of various intergovernmental agreements, including the Shared Beringian Heritage Program of the U.S. National Park Service, and numerous ongoing people-to-people cultural and economic exchanges.

The heroism and dedication of the Soviet and American participants of the Alaska–Siberia Airway will not be forgotten. It is our civic duty to express our deep respect to those whose efforts led to the program’s success and, in the process, brought the war to a close. This is our history. Future generations should be brought up with a respectful spirit of patriotism to understand this history of cooperation between our countries.