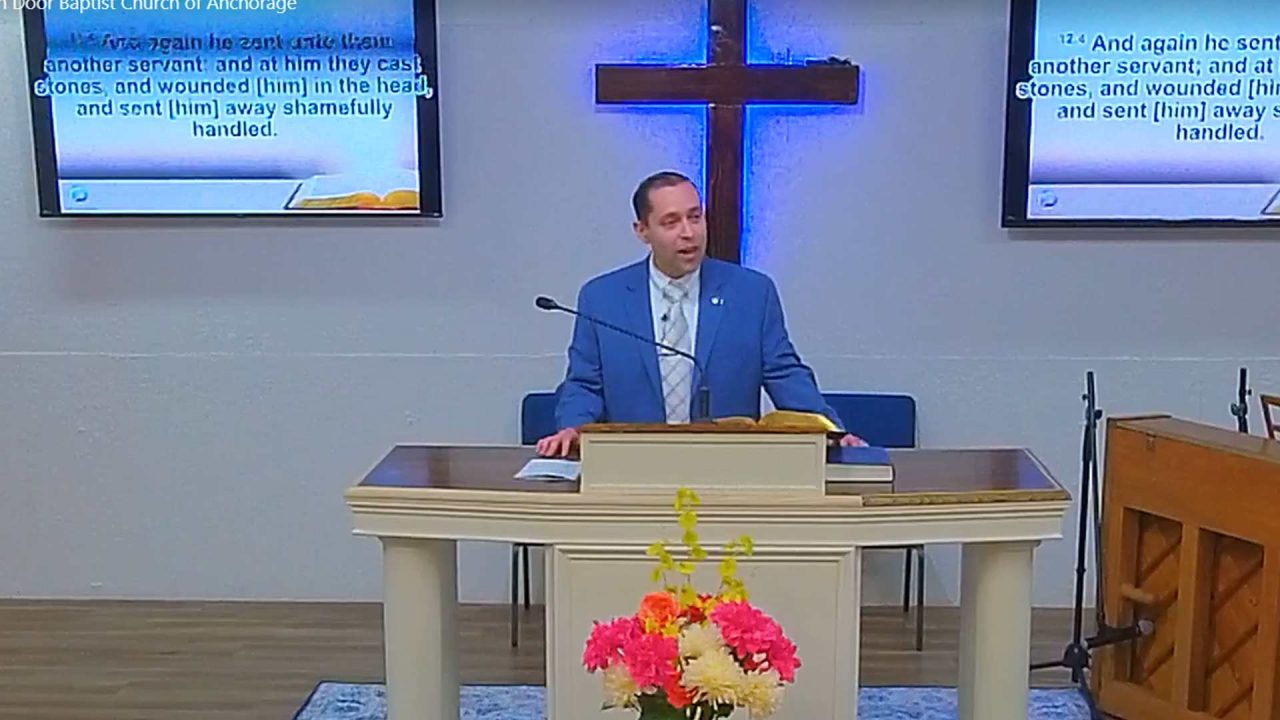 Former Anchorage strip club transformed into a house of God 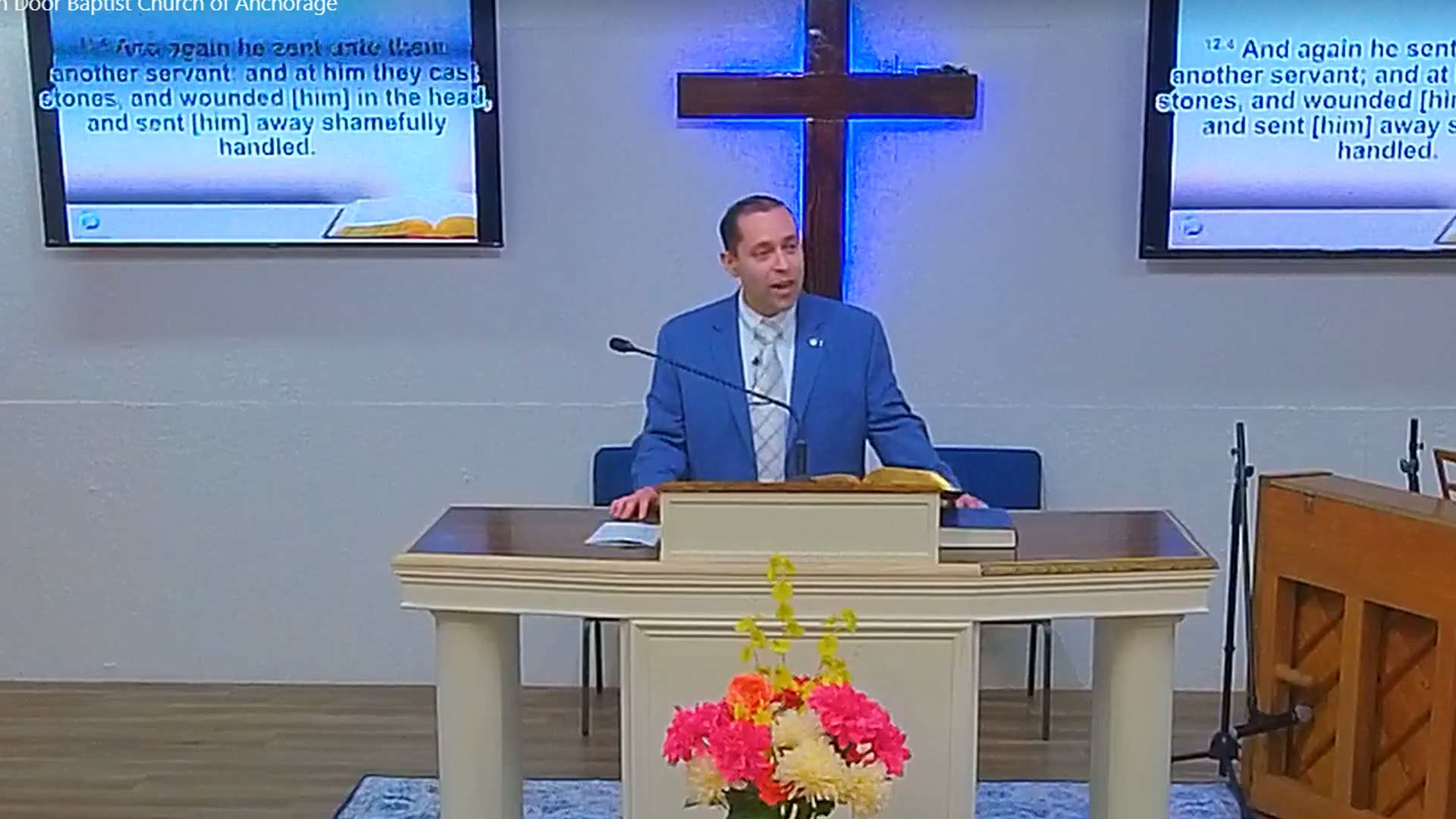 Patrons of the old Fantasies on Fifth strip joint in Anchorage probably never imagined that their den of iniquity would one day be transformed into a house of God.

The story of how that happened involves an inspired Vietnamese woman, a real estate agent willing the think outside the box and a young family ready to answer a new call to ministry in Alaska.

Linda Dunegan is the woman behind this tale of sin and redemption. An immigrant from Vietnam, the longtime Anchorage resident endured stark poverty and emigrated to the United States at age eight.

Few are more acutely aware of the degradation endured by women in Anchorage than Dunegan. Her mother danced at many of the establishments that made up Anchorage’s underworld of the 1970s – including in the old Fantasies building.

Initially built in the 1950s as the Irish Setter Lounge, the hangout was an anchor of vice, well known well in the emerging frontier town. For 20 years it was run under the Fantasies banner and ultimately closed down after being denied a liquor license renewal in 2019.

Speaking with a soft-hearted clarity, Dunegan sees God’s providential hand in the transformation of the strip club.

The building had been vacant since Fantasies closed, and local real estate agent Mike Gailey had a notion that the building could be resurrected as a spiritual home for a Christian community.

“This ought to be a church,” Gailey recalls thinking when he first toured the nearly 12,000 square foot building, flanked by industrial lots and remnants of hard-knock Anchorage.

Answering what she feels was a calling from God, Dunegan had spent five years searching and praying for a location to plant a church. One challenge, however, was finding a suitable building. Each property she viewed fell short by some critical detail – inadequate parking, cumbersome location, etc. Plus, there was no pastor to shepherd the church.

Early in 2020, Gailey was faced with an expiring real estate listing on the Fantasies building and few remaining prospects, despite his dogged attempts at marketing the site specifically to churches. It was then that he discovered Dunegan, an inspired woman and retired Lt. Col. in the Alaska Air National Guard, who had already toured the building previously.

She seemed disinterested in the site initially, and was ready to dismiss Gailey’s proposal. But then the two struck up a conversation in which they discovered a mutual doctor acquaintance. They both recalled attending an intimate dinner, 10 years earlier, hosted by the doctor and his wife in Vietnam.

At that moment, Dunegan said she felt God’s hand. The discovery struck her as providential, and the decade-old connection served to infuse new life into the discussion about turning the old Fantasies site into a church.

“To the secular world, these are flukes,” Dunegan surmised, but she sees a thread of divine providence woven throughout their unlikely project.

Real estate listing agent Gailey agrees. He has shared the story of how he and Dunegan met with numerous people.

“Unanimously, it strikes a nerve,” he said. “I don’t cherry-pick the audience or prep them beforehand. Inevitably, for Christians, non-Christians, those who might be indifferent, each of them seems to recognize the incalculable odds of our convergence.”

Still, it the whole idea seemed a bit outlandish, but Dunegan’s long time real estate broker, Nate Baer, knows the tenacity of the little Vietnamese woman with a heart for God.

“I’ve become accustomed to the response when I inform her, ‘That can’t be done.’ “Why can’t I do that?” he recounted.

A savvy investor, Dunegan’s actuary credentials are matched by a humility and cooperative spirit with her counterparts. She deftly offers her ambition and attention to detail but doesn’t seek the limelight for herself. She never believed she was meant to be the pastor, and she defers to her husband, Gerry, to whom she credits the final decision to move forward on buying the old strip joint.

“I typically present all known financial pieces and we analyze these factors,” she explained. “We simply don’t operate on whims.”

The massive overhaul of the building was not only cosmetic and logistical, but it also included many prayers and anointings.

With the building in hand, Dunegan needed to find a pastor willing to shepherd a new flock in Anchorage. She had already called countless clergy across America to share her vision with them.

Unbeknownst to her, Kenneth and Lydia Menendez were sensing a call to uproot their comfortable life in Washington State and take a bold step to share the Gospel message at the very fringes of society.

With the comforts of corporate career, three young children, and job security even amidst the escalating madness of COVID lockdowns, they had every temporal reason to remain put. Poised to ascend the corporate ladder, Kenneth’s direct superior finally questioned him privately as they were about to leave everything behind and head north. Is this for good?

Menendez definitively left his career on little more than an emerging conviction and his wife’s blessing. They arrived in Anchorage in 2020 and the church opened late last year.

Earlier this month, the church hosted a spaghetti feed fundraiser to promote its message of forgiveness and redemption to the wider community.

Dunegan was on hand. Her crisp, youthful and energetic presence belaying her awareness of suffering. Walking through the transformed building she saw symbolic significance on each floor of the three-story property – beginning with the main lounge, which is now a sanctuary.

“As I made my way around this floor of the building, I remembered I had never been inside a bar until this – I first held a can of beer at age 42 – I paused at each and every pole,” she said of the former dancing areas.

“I contemplated the price paid by these women,” she added, “and silently apologized to my own mother for the condemnation and judgment cast upon her, from my own perspective, in my youth.”

Dunegan’s assessment is more analytical when it comes to the reasons women are trafficked or why men seek to fulfill their passions outside the bonds of matrimony.

“Only God can complete us spiritually,” she observed. “We might feed ourselves intellectually, physically or emotionally, yet come up empty where it matters. Solomon was the wisest man who ever lived; he fell to a woman. David was the strongest man – he fell to a woman. Man’s methods do not work.”

The mission of Open Door Baptist Church is now to address the deep spiritual desire among Anchorage residents. The church website states Pastor Menendez’s goal simply: “It is his hope that this new church will be a place of help and healing for many people.” The stewards of this message stand ready to preach the Gospel with inexhaustible love.

As the recent spaghetti feed wrapped up and the room emptied into a foyer with chattering social clusters, a backlit wooden cross shown over the main altar as four men sang and a fifth mopped the floor. “How Great Thou Art” rang deeply from within the transformed building of Open Door Baptist Church.