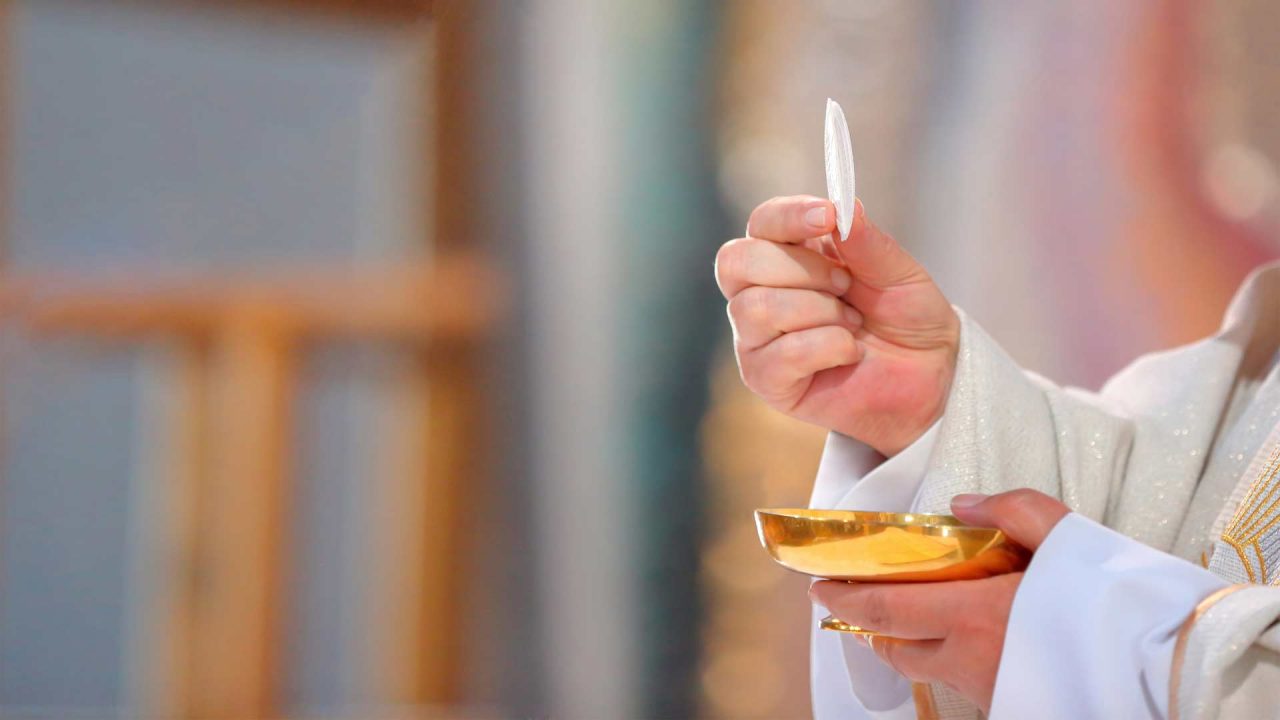 Pro-abortion Catholics and the fate of the Church in America 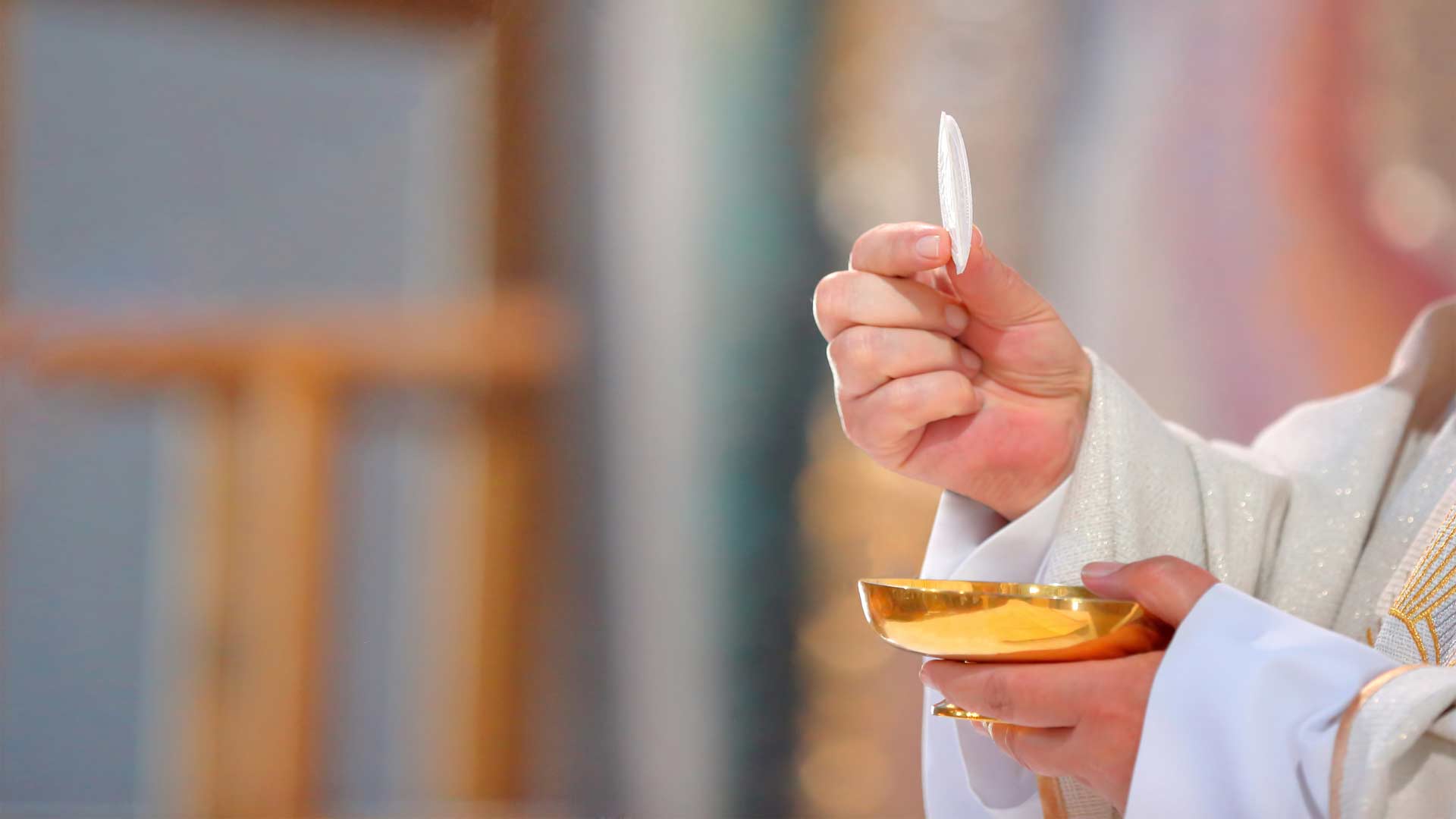 This month, the United States Conference of Catholic Bishops (USCCB), the national organization of close to 300 Catholic bishops in America, will convene its regular spring meeting. On the agenda is a proposal to draft a statement on “eucharistic coherence” for action at their fall conference in November.

“Eucharistic coherence” means that faithful Catholics understand that the Eucharist, or Holy Communion, is the partaking of the actual body and blood, soul and divinity of Jesus Christ, the second person of the Trinity, under the form of bread and wine. Further, they understand that the partaking in such an awesome and privileged act is reserved for those who understand the reality of the Eucharist, and who are not in a state of serious, i.e., mortal, sin.

The issue of prominent Catholics who are publicly in a state of serious sin, yet continue to receive the Eucharist, has been around for a long time. It most frequently comes into focus when political leaders and candidates who publicly identify themselves as Catholics nevertheless support abortion laws. The election of Joe Biden, however, who promotes himself as a faithful and committed Catholic, has raised the issue to a higher plane. President Biden has worked zealously to repeal the various pro-life policies of his predecessor in the White House, and just recently proposed a budget that would force Americans to pay for abortion with their federal tax dollars.

The Church, building on its Hebrew origins and Hebrew scripture, has, from its beginning, condemned the killing of children, whether by exposure (laying out babies to die as the Roman did) or by abortion. Abortion has always been among the most repellent acts in the view of the Church. To put it simply, murdering a child violates the basic principle of social justice. Besides Joe Biden, House Speaker Nancy Pelosi, a self-proclaimed Catholic and a Congresswoman from San Francisco, has declared the strong pro-abortion position of the Democratic Party platform to be “sacred dogma.” Her Archbishop, Salvatore Cordileone, recently issued a pastoral letter entitled, “Before I Formed You in the Womb, I Knew You.” Archbishop Cordileone’s letter directly addresses the reception of Communion by Catholic public officials who promote abortion. “If you find,” Cordileone states, “that you are unwilling or unable to abandon your advocacy of abortion, you should not come forward to receive Holy Communion.”

Pelosi publicly responded to that document by answering a question at a press conference about her reception of Communion: “I think I can use my own judgment on that.” With those 10 words, Pelosi declared her sovereign right to decide what is good and what is evil. It is original sin all over again. With these words she rejected the sovereignty of God and the teaching of the successors to the apostles.

The Biden and Pelosi rebellion creates a crisis for American bishops nationwide. That rebellion aims to replace the authority of the pope and bishops with its own dogma, the post-modern progressive ideology expressed as “social justice.” The American Catholic Church is already in de facto schism on progressive and traditional lines. It is the same fracture that has largely destroyed the mainline Protestant churches – Episcopal, Presbyterian, Methodist, Evangelical Lutheran, United Church of Christ, Disciples of Christ, and American Baptists.

In the USCCB, orthodox bishops hold a roughly two to one edge over the progressives. Last year, the majority of bishops voted to declare the threat of abortion as “our preeminent priority.” A statement by the bishops generally along the lines of Archbishop Cordileone’s document would probably be adopted by a similar margin in November. As a result, the progressives are lobbying the Vatican to intervene to stop such a result by requiring the bishops to arrive at a decision unanimously, an impossibility. The result would be no statement, or a statement so bland as to be meaningless.

The issue of “eucharistic coherence” is highly relevant for Alaska Catholics. Senator Lisa Murkowski, a longtime supporter of abortion, has openly received the Eucharist. The Bishop of Fairbanks issued a strong letter last October warning Catholics who support abortion to refrain from receiving the Eucharist, and urging Catholic voters to refrain from supporting them. No names were mentioned, but Senator Murkowski is up for reelection next year, and Alaska Supreme Court Justice Susan Carney, reported to be a member of a Fairbanks Catholic parish, authored a decision requiring tax money to pay for abortions. The Archbishop of Anchorage-Juneau has been silent on the matter, as were his predecessors.

The American bishops as a whole and each of the individual bishops are at a crucial decision point. Their authority and fundamental Church moral teaching are at stake. If they fail to speak forthrightly and forcefully on this issue, they and the Church they lead will fade into irrelevance. If they do act, it will be uncomfortable and divisive, similar to the witness of the apostles and their successors in the early Church. For this they will be vilified by “progressive” Catholics, the left-stream media, and all those enamored by the present world.