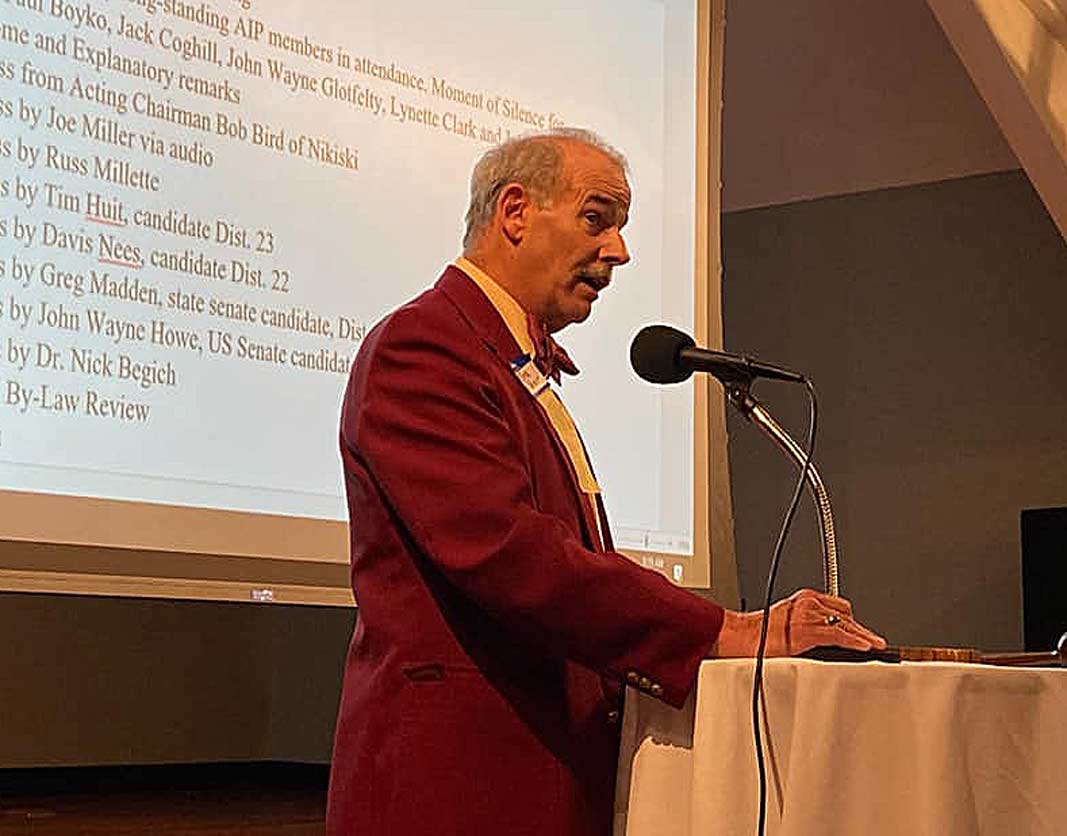 The existence of the Alaskan Independence Party has been misunderstood by most, both here in the state and certainly by the mainstream media Outside. The full blast of lies and half-truths came into play when Sarah Palin became the vice-presidential candidate for the Republican Party in 2008, and are still visible on the internet. Let’s set the record straight.

The AIP’s founder Joe Vogler was an embittered genius who indeed wanted Alaska out of the American union, but he also knew that unilateral secession was a dream that no Alaskan elected official would ever support. However, many sympathetic Alaskans understood the true problem was the false constitutional paradigm under which we operated. Vogler created the AIP relying upon the considerable – yet fading – sentiments of the Alaskan pioneer spirit, a spirit that would hopefully awaken Alaskans to the dangers of unconstitutional federal control. In the 1980s, this was still easily observable in Alaska’s second largest city, Fairbanks, and in numerous other areas throughout the state.

Vogler understood that the federal government hypocritically demanded that the states obey the constitutional limits placed upon them, even while it would ignore the far more numerous ones placed upon itself. The momentum that built up behind the false construction of the constitution that began with the Civil War and Reconstruction, had reached an irreversible course by the 20th century. The AIP has ever warned that federal control of western lands would eventually reach the point where Alaska could not sustain itself economically, and such development was not within Alaska’s power unless the conditions of statehood were to change.

Just as Vogler’s life was suddenly and mysteriously snuffed out in the early 1990s, peaceful secession was breaking out everywhere. The murderous Soviet Union was breaking apart. In addition, unnaturally unified states such as Czechoslovakia and Yugoslavia would soon follow. Break-up sentiments continue today in the UK, Italy, Spain, China and Canada, and certainly in the EU.

Vogler, no fan of the United Nations, nevertheless discovered the 1945 UN Charter. It called for signatory nations to grant that their colonies be given four options of self-determination for their political future. Alaska and Hawaii were indeed included, but were only offered two choices, instead of four: continue as a territory or become a state. The options of commonwealth or independence were given to the American colonies of Guam, Philippines and Puerto Rico, meaning that Alaskans and Hawaiians were de facto second-class citizens, undeserving of the same rights as Filipinos, Puerto Ricans or Guamanians.

Alaskans actually approved a referendum in 1980 to re-examine its options with the United States, but the blue-ribbon committee which assembled for this purpose predictably ignored the UN Charter and basically threw up its hands. Instead, it placed its hopes that a coalition of western states might awaken the federal government to permit resource development to proceed according to local, rather than national, control. This “Sagebrush & Tundra Rebellion” reached its peak in the Reagan years but soon faded. Small increments of federal de-regulation actually occurred which placated some states and provided the naive hope of more to come – but which of course disappeared with succeeding elections and administrations.

Today, the AIP invites Alaskans to investigate and confirm its claims: that unilateral secession is constitutionally legal and need not lead to violence, invasion or war. This is guaranteed not only by the constitution itself in the 10th Amendment, but by the first breath of the Declaration of Independence, the unanimous acceptance by the states when they approved the constitution, and by Thomas Jefferson in his First Inaugural Address. But beyond this, as annexed and purchased territories, Alaska and Hawaii were granted a special opportunity through the UN Charter.

How Alaskans might vote today on the 1980 referendum, “Shall the Alaska Statehood Commission be convened to study the status of the people of Alaska within the United States and to consider and recommend appropriate changes in the relationship of the people of Alaska to the United States?” is irrelevant to the larger question of our Natural Law and constitutional rights as a state. The very existence of such a vote would serve to awaken the rest of the nation to the indisputable and ugly fact that the federal government has been operating outside of the rule book created by the states and the people from the very first years of this beleaguered republic.