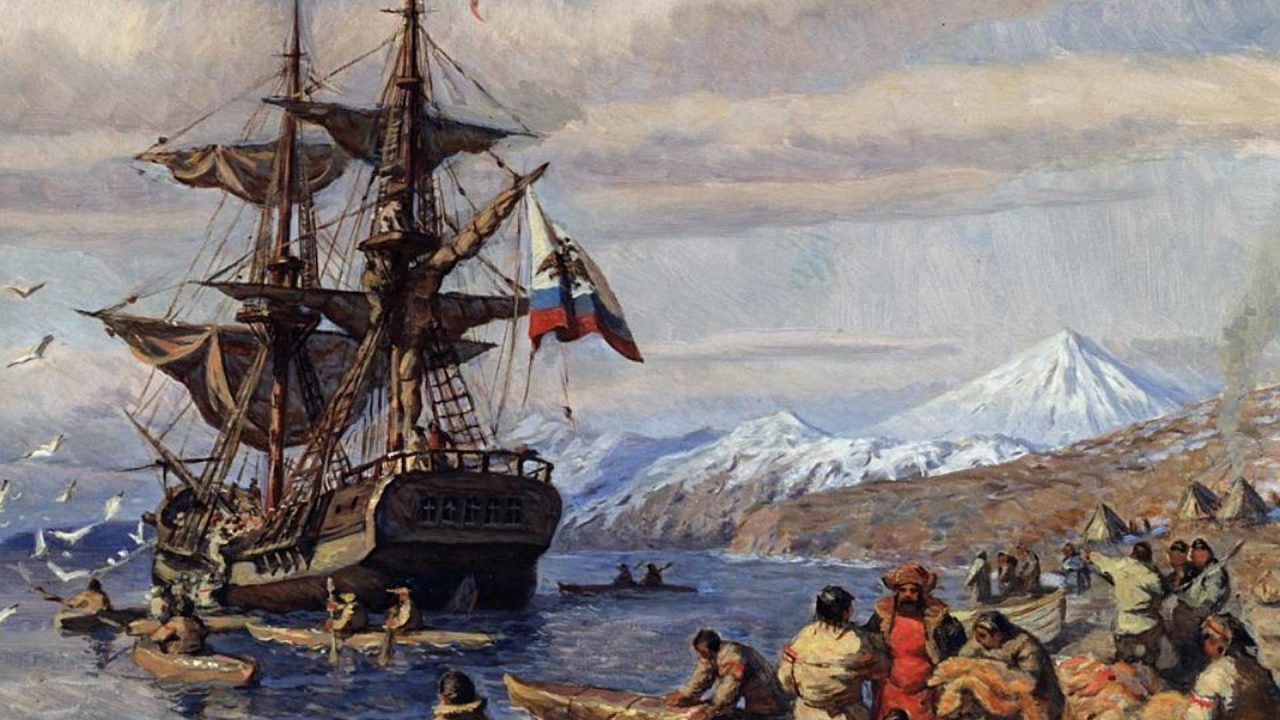 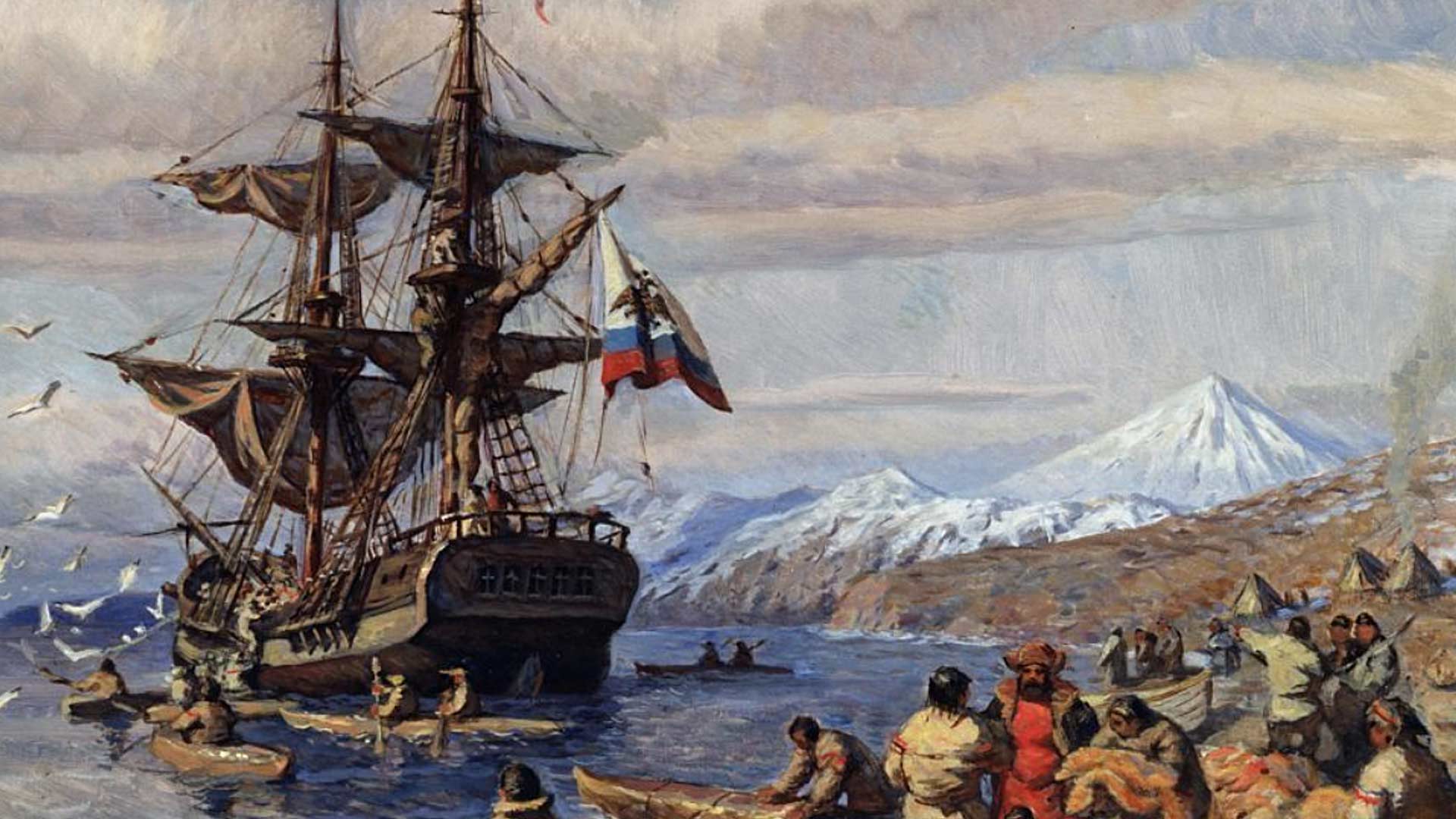 Russia, Alaska’s nearest neighbor, is the largest country on Earth. It occupies a considerable portion of Eurasia, including almost all natural-extratropical climatic belts. Russia is 6.6 million square miles (11% of the global land area) compared to the United States’ 3.8 million square miles and Alaska’s 663,300 square miles. The northern region, extending from Kola Peninsula in the west  to the Chukchi Peninsula and Komondorskiye Islands in the east, covers 4.4 million square miles. Russia’s Arctic population counts approximately 2 million people, about half of the people living in the Arctic worldwide.

There are 26 ethnic minorities indigenous to the Russian North, ranging from Aleuts (500) to the Nenets (30,000). These groups consist of less than 50,000 members, and they perpetuate some aspects of their traditional ways of life, inhabiting the Northern and Asian parts of the country. Together, they number about 260,000, or less than 0.3% of Russia’s population of about 146 million.

Russian officials did not wish to exterminate the aboriginal population, but reform them into suppliers of valuable furs.

Taking these figures into account, it appears obvious that the northern territories play an important role in the Russian socio-economy. In order to understand economic and cultural significance of the contemporary Russian North, the process of its exploration and colonization by the Russian Empire should be known.

The most important aspect of the ethnohistory of the people of the high north was the process of exploration and colonization of Siberia and Alaska by the Russian empire officials. The process of exploration of the northern territories in the 17th century caused a significant transformation of population, strengthened conflicts between local ethnic groups, and changed modes of production and material culture of the aboriginal population, among other effects.

Russian officials did not wish to exterminate the aboriginal northern population, but rather, in cooperation with local native leaders, to reform them into good and meticulous suppliers of valuable furs.

The process of colonization of the eastern territories was quite elaborate.

From the point of view of Russian officialdom, the process of exploring the North American territories presumably had the same rationale as in Siberia; the Russians viewed North America as a geographical continuation of their politics. The Russians used a socioeconomic and political strategy in North America similar to that used in Siberia, imposing the local head tax (yasak) and strengthening their influence.

The process of colonization of the eastern territories was quite elaborate. One of the peculiarities of the aboriginal populations of Siberia, the Far East, and northwestern North America was the absence of any state organization. Lacking an institutional defense against the Russians’ sophisticated social organization and military superiority, the native population had to accept Russian dominion and consequently agreed to pay them yasak.

Another peculiarity in the Russian population of the eastern territories was the absence of serfdom. Oppressed Russian peasants who had escaped from their landlords in the European part of Russia often fled to Siberia or the Far East in order to attain freedom. Surprisingly, instead of having them prosecuted, Russian authorities promoted them into government jobs. When the government had thus established its control over the northeastern territories, the commercial people (promyshlenniki and kuptsy) began organizing commercial companies (artels) and markets (yarmarkas and bazaars), and the Russian Orthodox Church began sending missionaries to the East. Thus, in contrast to peasant movements, which had a spontaneous character, the organized government expeditions to the East already had in place a colonial system, i.e., the imposition of regular yasak and the extension of state territories.

Often Russian explorers were ruthless, but overall they were much more humane than colonizers of Australia or North America’s Lower-48.

After discovery of the Aleutian Islands and southern Alaska by Europeans, a series of commercial expeditions to North America from Siberian and Far Eastern Pacific ports (Okhotsk and Nizhne-Kamchatsk) took place. Between 1743 and 1786, Russian Government Treasury received from North America commercial products (primarily fur and sea mammals) worth 193,798 rubbles (100 paper ruble in 1792 was equal U.S. 72.00 dollars. It could purchase 10 Russian log houses).

Russians in North America hunted sea mammals, fished, built ships, and attempted to cultivate some crops. Several Russian settlements were established in the Aleutian Islands, on Kodiak Island, on the Kenai Peninsula, and southeastern Alaska. By the end of the 18th century the Russian-American Company was founded in Alaska. The company monopolized all commercial enterprises in Russian North America and held almost all political power in the region.

Until the U.S. government purchased Alaska in 1867, Siberian-North American contact was very close. The Russians’ management of Alaska always represented the interests of the tsarist government and was carried out in cooperation with their Siberian partners and supporters.

It is also important to stress that many historic material and textbooks published prior to the 1990s describe the Russian period of Alaska’s history as a bloody and ruthless colonization of northern territories. Russia’s Eastward expansion into Siberia, the Far East, and Alaska was motivated by exploration of new hunting territories. Often Russian explorers were ruthless toward an aboriginal population, but overall this movement was much more humane than colonization of Australia or colonization of North American territories in the Lower 48. The aboriginal population in Siberia and Alaska had not been placed on reservations or dislocated from their homeland as they were in the Lower 48.