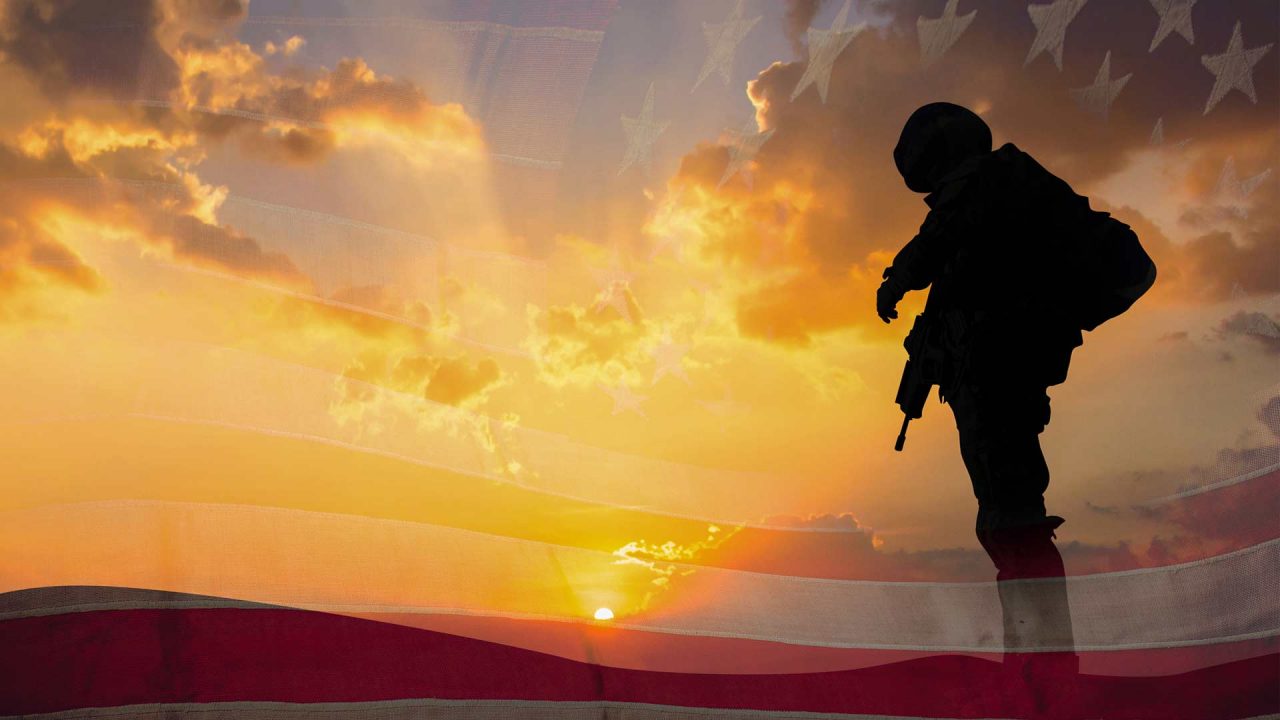 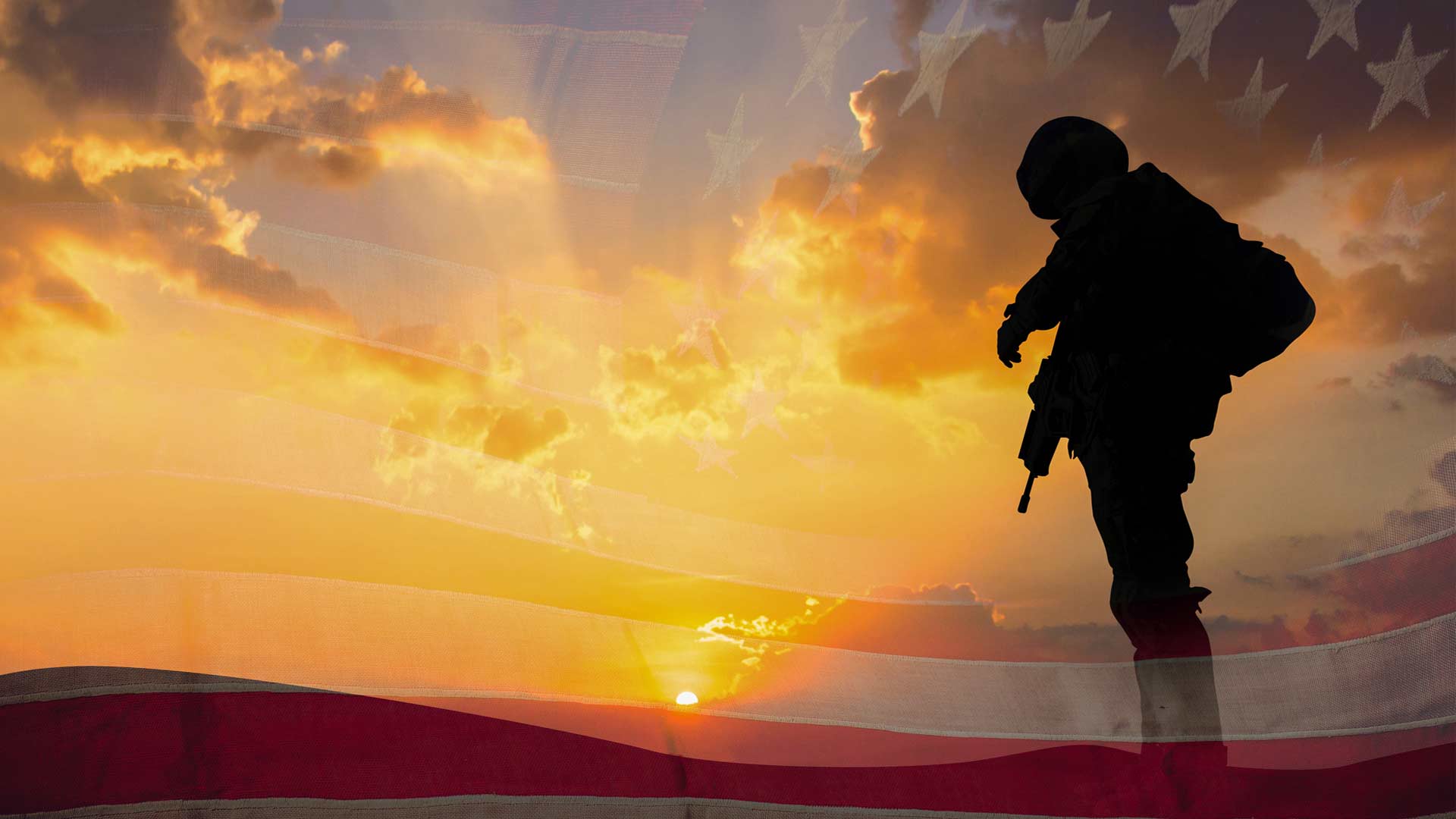 Editor’s note: After verifying the author’s identity and Alaska residency, the Alaska Watchman has agreed to let her use a pseudonym in order to protect her family and her husband’s military career.

I am writing this piece to illustrate the coming impact of the Biden Administration’s policies on my family, which in summary can be described as “seriously bad.”

I am a mom of two, young, white boys. I am married to an amazing white man who has served in the U.S. Air Force and Air National Guard. The significance of their sex and race will be explained below.

My husband has completed four deployments, three of which were to Iraq and Afghanistan during periods of declared war. The photo on the right was taken the day he returned home from his fourth deployment.

In Iraq, he survived two IED attacks while on convoy.  In Afghanistan, he remarkably cycled out a unit only weeks before a notorious attack on a U.S. general, which killed two men serving in his prior assigned unit. In other words, he might have been there that day, had it not been for timing. He came home alive, but his replacement returned in a coffin.

He continues to serve his National Guard unit in an undisclosed position as a senior NCO. But today our family is grappling with the very real possibility of being placed in an impossible position.

Due to the fact that each member of our family has already been diagnosed with, and fully recovered from, symptomatic cases of Covid-19, we politely declined offers to get the Covid-19 jab. It offers us NO additional protection. We are healthy and young. Even my two boys had symptomatic COVID cases in March 2021 to complement our (widely recognized as faulty) positive PCR tests.

We are not only alive but thriving and fully capable of handling any further exposure to future adaptive strains of the virus because we have complete, robust, and fully adaptable immunity with the ever-increasing concentration of T- and B-cells in our blood. Thank you, God, for giving us strong immune systems and the faith to believe in the wisdom of your creation.

But the Secretary of Defense announced on Aug. 9 that all military personnel and Dept. of Defense employees must be fully vaccinated by Sept. 15, or else.

My husband has dutifully and loyally served the United States under Bush, Obama, Trump, and Biden. He has an impeccable service record, below-the-zone promotions, and decorations that few others in his unit possess. Now, however, he faces Article 15 reprimand and ultimate dishonorable expulsion from the armed forces unless he takes the still-experimental Pfizer-BioNtech vaccine for Sars-CoV-2. He will also be forced to submit to weekly testing with an already-obsolete PCR assay test — the same one that is already known to produce rampant false positives, and for which the CDC has requested withdrawal of emergency use authorization because the test cannot distinguish between SARS-CoV-2 and common influenza viruses.  If he refuses those invasive tests, he will lose his civilian employment with the DOD (where he works full time).

If all this comes to pass, my family will forfeit half our income, both of our pensions, two-thirds of our life insurance coverage, and we will lose access to our otherwise excellent and affordable health care. How can we survive on my income alone?

I don’t know what will happen in six weeks when my husband faces his first Article 15 Letter of Reprimand.

You might have noticed that I mentioned our “identity” demographics twice earlier. Why is it so important to emphasize that my beloved husband and two young kids are both male and white? They are among the population that is most susceptible to pericarditis or myocarditis (two forms of chronic heart inflammation) for which the FDA has added warnings on the Pfizer/BioNtech vaccine information pamphlet.  That would be the same vaccine forced on my husband which will convey no added benefit to him.

He will be taking on all the risk with no added benefit, except perhaps the benefit of not losing his job and benefits. The fact that “my employer might fire me” is not a medically compelling reason to choose a preventative medical treatment.  But hey, I’m “not nearly” smart enough to make personal medical decisions for myself or my family, right Mr. President?

So, how much skin is in the game when we consider the fact that there is not just one white, male heart, but THREE under my roof? Is it not my duty and obligation, given by God in service to my blessed vocation as their mother, to protect their bodies and their souls? My family members are not lambs to be sacrificed on the altar of Covid “science” or collective pan-hypochondria.

We are four weeks away from what might be the most difficult decision of our married life.

My young sons have especially low risk factors for Covid and have indeed already survived it like little champs! While I was sleeping for four days straight, they coughed about twice a day and continued to climb the walls as most young boys would do when cooped up inside and barred from public contact.

Other than mild, short-lived fevers, nearly imperceptible coughs, and positive (though widely acknowledged to be flawed) PCR tests, it’s as if they didn’t have Covid-19 at all. Good. If they get it again, no one can gaslight me into believing that “this time it’ll be deadly!” I know how this story ends.

But I don’t know what will happen in six weeks when my husband faces his first Letter of Reprimand.  Perhaps at that point, he will lose everything he has sacrificed for over the past 15 years.  I want to find a way to give him the latitude to accept that fate.  If we could figure out living without his income, then the Biden Administration’s coercive tactics would have no power over him.

I never saw my husband’s employment with the National Guard or DOD as “living on the Government dole” but today I can see some very compelling reasons to unhook our financial reliance on Uncle Sam.  This is the key to opposing the tyranny laid before our Armed Forces: if we all could afford to simply walk away, then leadership may think twice.  Do you believe President Biden really wants to add “weakening the U.S. Military” to the growing list of policy failures in his first year as president?

Military families already endure enormous stress — I could honestly write a book about what four deployments nearly did to our marriage — and while this added strain won’t destroy our marriage, I can see how it could easily hurt many families who are coerced into taking the vaccine with the threat of losing their livelihoods.

We are four weeks away from what might be the most difficult decision of our married life. Please pray for us in the name of the Sacred Heart of Jesus, from whom flows all mercy. I’ll do the same for you.

Dee Cee
The author is the wife of an military soldier stationed in Alaska. The couple has two young boys.