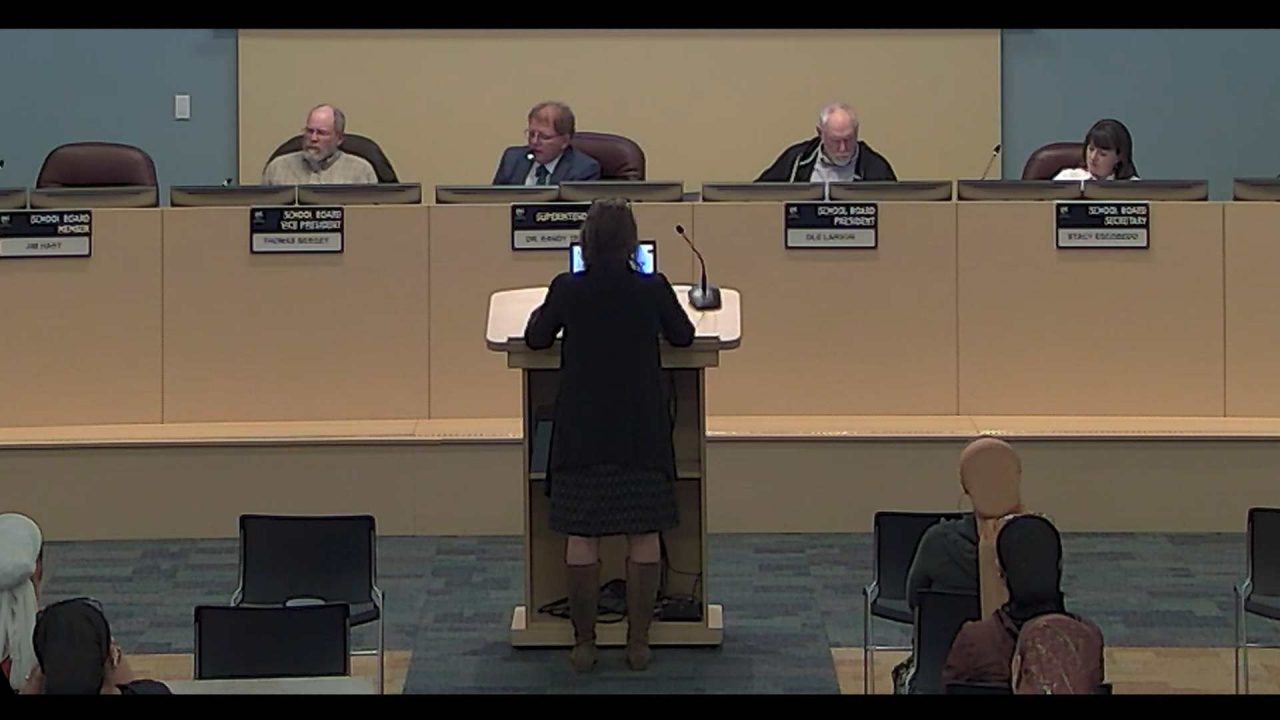 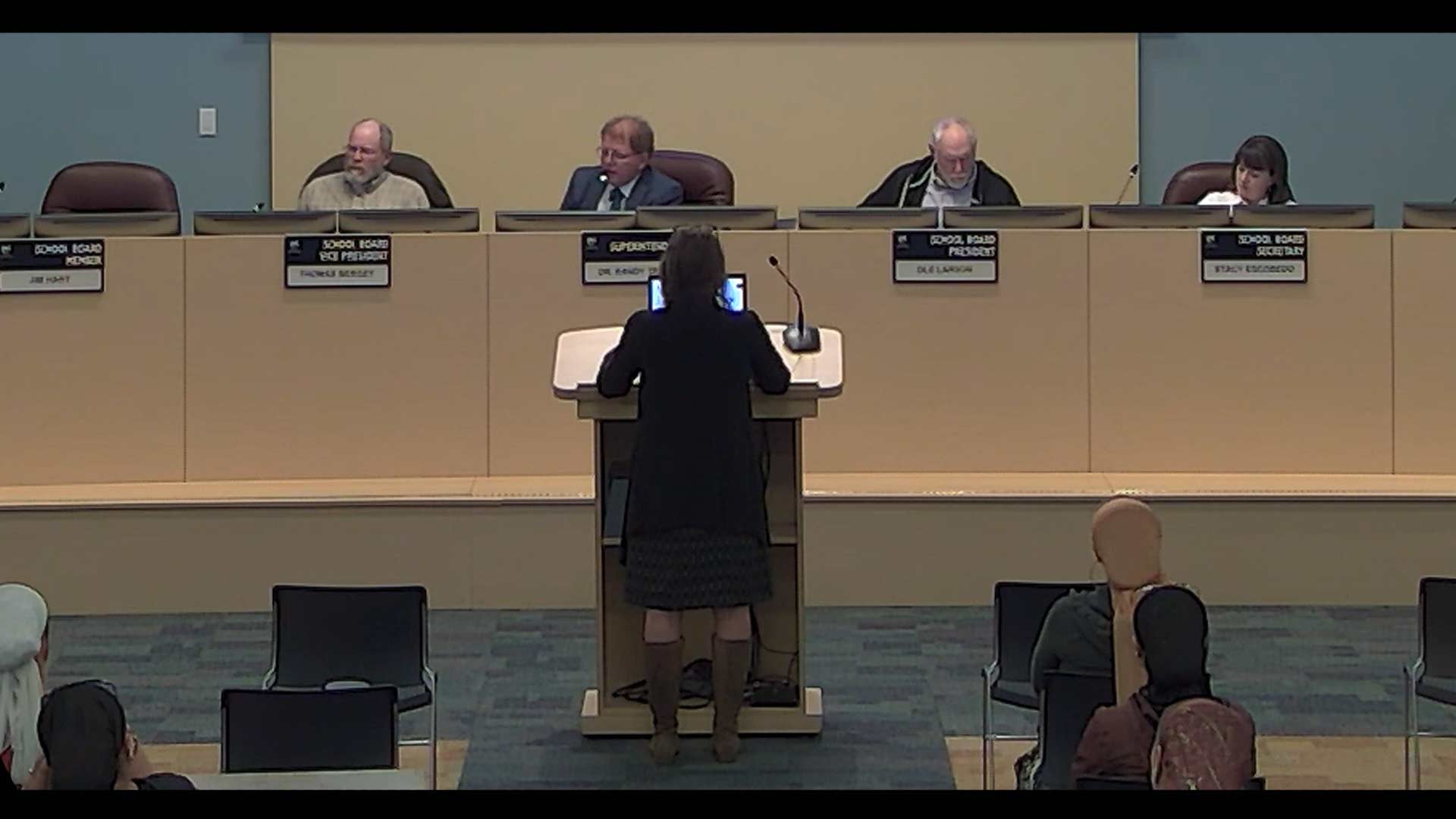 Parents, teachers and students on both sides of the mask mandate debate expressed strong opinions at the Sept. 1 Mat-Su School Board meeting.

Mat-Su School Superintendent Randy Trani spoke to the audience at the start of the meeting, thanking all sides for coming out to share their opinions and urging everyone to show grace as the school district attempts to keep schools open with as few COVID restrictions as possible for students and staff.

During the school board meeting a group of district employees, were joined by several students, community members and an employee at Capstone Clinic in asking the school board to mandate masks across the district. A slightly smaller block of parents and students noted that masks are ineffective at reducing COVID infections, while also causing mental and physical health issues for children – the least affected population when it comes to COVID illnesses.

Most of those who spoke against mask mandates did not opposed people wearing them if they chose but said it should be matter of personal freedom.

A large portion of the meeting was dominated by Alaska’s Chief Medical Officer Anne Zink who appeared via Zoom to urge the school board to consider masks, social distancing and other layers of protection for students and educators. When asked if she thought there would ever be a time when schools could finally get back to normal, she told the school board that COVID would have an impact for a while, and that schools should be prepared to deal with masks and other measures as the virus surges and wanes over the years. She also extoled the benefits of having children take the COVID shots and lamented the fact that most Mat-Su residence have declined to take the jabs.

“The Mat-Su unfortunately is one of the lowest vaccinated areas on the state,” she said. She did, however, complement the Mat-Su for having the largest district on the West Coast that stayed open during the last school year.

One member of the public pointed out that Zink’s one-sided presentation on masking should have been counter balanced by doctors and epidemiologists who disagree about the effectiveness of face coverings in schools.

Superintendent Trani said the district is trying to walk a fine line as it deals with parents on both sides of the debate. He is attempting to avoid alienating parents who have threatened to pull their children from the district.

“We really are between a rock and a hard place,” he said, noting the many emails and comments he receives on both sides of the issue. “We are trying to land somewhere in the middle.”

Trani noted that districtwide enrollment is up 4,000 students compared to this time last year, when many opted for home education or online schooling. That’s still 250 shy of what the district was expecting. Overall, he said 87% of students are now attending in-person classes while 13% are in correspondence.

Most of those who spoke against mask mandates did not opposed people wearing them if they chose but said it should be matter of personal freedom. One student said masks give her a headache and make it difficult to breath throughout the day. Others argued that masks create oxygen deficiency problems for kids, especially those with asthma or other conditions, and they also cause anxiety while creating distractions throughout the school day. One parent pointed out that there have been zero COVID deaths among Alaskans under age 18.

According to the Mat-Su Borough School District website, any school that is deemed “medium risk” may require masks in classrooms and throughout the building. If a single student tests positive for COVID, this can be enough to classify a school as “medium risk” and trigger the mandate.

As of Sept. 3, the district’s website reports that 23% of Mat-Su schools are currently classified as “medium risk,” with 11 now mandating masks. Butte Elementary and Glacier View are deemed “high risk” and both schools have been temporarily shuttered. Another 34 schools fall in the “low risk” category which only recommends masks but does not require them.