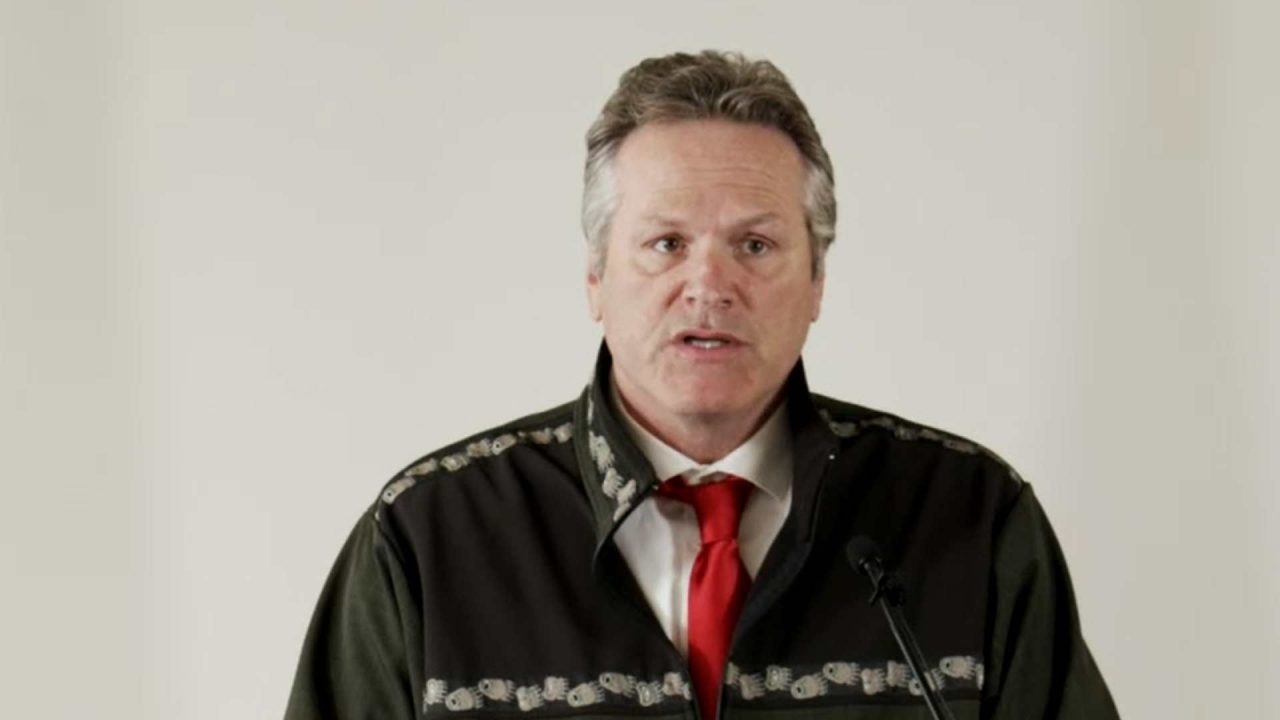 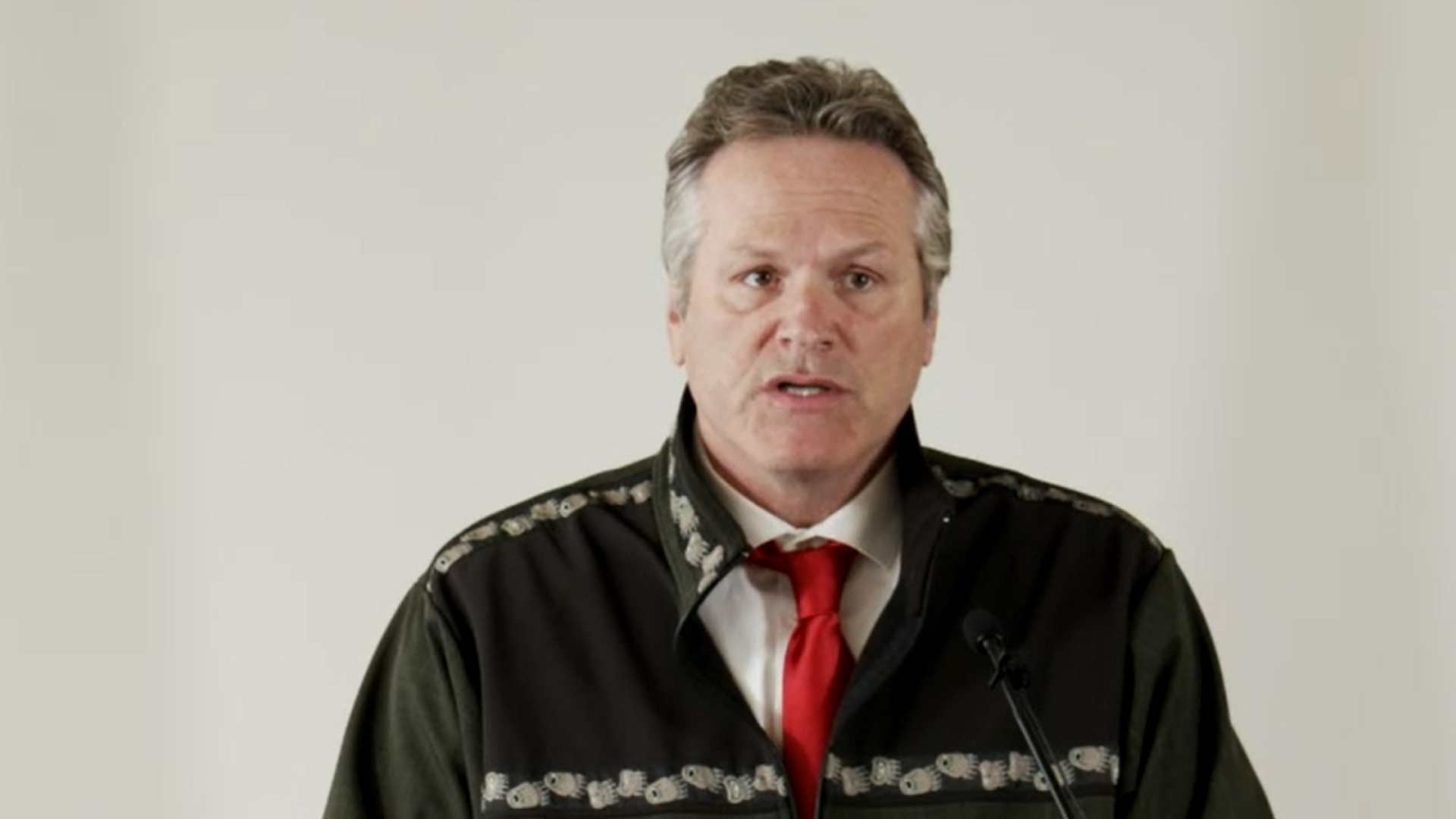 Gov. Mike Dunleavy held a Sept. 22 press conference in which he fielded a barrage of questions from reporters asking why he won’t implement masking and vaccine mandates as well as other restrictions on society to deal with COVID.

The governor admitted that COVID was a real concern but noted that Alaska still has the third lowest COVID death rate per capita in the nation, while emphasizing the point that vaccines are available to anyone who wants them.

He also mentioned that some of the most vaccinated nations in the world are still seeing surges, saying that vaccines are not the cure all, but rather one of many tools.

The governor continued to encourage vaccinations but stopped short of entertaining mandates on a statewide level. He made no mention, however, of the growing mandates which are being imposed by private businesses, the federal government and the military.

Dunleavy said there were between 13,000 and 14,000 Alaskans who were getting antibodies from COVID every day – either through natural infection or vaccines.

Dunleavy was repeatedly asked if there was a line in the sand where he would mandate vaccines or masks.

“It’s difficult to hide from. It’s difficult to escape from,” he said. “So, the vast majority of Alaskans – practically all Alaskans – at one point will have the antibody either through vaccinations or through infection. But we see this surge abating over time as we have the others. After that we’re not sure what’s going to come our way, we’re just going to have to deal with it.”

Dunleavy did note that while there have been 465 COVID related deaths in Alaska, it is important to keep in perspective that over the same time period there have been more than 8,000 deaths from other causes.

While case counts are rising, and this is concerning, Dunleavy said he believes the state is responding effectively.

Dunleavy was repeatedly asked if there was a line in the sand where he would mandate vaccines or masks.

“With regards to the future, we always reserve the right to make decisions that will ensure the viability of the state,” he said, without ever mentioning mandates as the solution. “In terms of if there’s a line, we don’t know the twists and turns this disease is going to take.”

I would just ask everybody to do their best to really rely on the best science. It’s difficult because the scientific community is not unanimous in their view.

The governor said mandates also bring unintended costs such as business closures, job losses and supply chain interruptions. Ultimately, he expressed confidence in Alaskans to do what they think is best, without a statewide mandate.

He also took time to condemn the politicization of COVID responses, while acknowledging that there is conflicting information about how to best address the virus.

“I think there are a lot of contradictions,” he said. “Even withing the scientific and health care fields, you’ve got folks with different opinions on vaccinations, on therapies, etcetera. When you look at some of the governmental agencies – CDC, FDA etcetera, even the White house – there’s not a unified message. There’s not a unified outlook on this.”

Dunleavy asked reporters and politicians keep from politicizing the virus, especially since it is already “tearing apart our society.”

The Governor announced the roll out of a new effort to help hospitals increase capacity and reduce overall strain.

“It’s tearing apart families,” he observed. “There are families in which some folks want to get to vaccinated, some don’t. Some want to use other therapies, some don’t. And I would just ask everybody to do their best to really rely on the best science. It’s difficult because the scientific community is not unanimous in their view, as well as some the health care groups. But do the best we can to get through this together.”

One of the main goals of the press conference was to announce the roll out of a new effort to help hospitals increase capacity and reduce overall strain.

“There’s definitely an emergency occurring in the hospitals,” Dunleavy claimed. “A lot of people are getting burned out.”

While the governor mentioned that some health care professionals are leaving their jobs, he made no mention of the fact that nearly every hospital has threatened to fire employees who decline to get the COVID shot, which has only exacerbated their workforce shortage.

To help address this problem, Dunleavy announced that hundreds of medical personnel are headed to Alaska to provide assistance. Nearly 300 registered nurses and more than 100 certified nursing assistants are expected to arrive at the end of September. They are covered under an $87 million contract between the State of Alaska and the federal General Services Administration.

Another aspect of the plan includes working with the Alaska State Hospital and Nursing Home Association to help recruit and expand the certified nursing assistant workforce, as well as implementing emergency regulations to reduce the time required to train nurse aides.

The state is also working with local emergency medical services agencies on strategies to alleviate hospital overcrowding. This includes providing services that facilitate early discharge of patients, as well as transporting patients to alternate destinations or treating them on the scene or in their homes to avoid hospital visits.

Health Commissioner Adam Crum announced that he has signed off on an addendum to the state’s emergency order which will provide guidance to Alaska’s hospitals, health care providers and local health authorities regarding crisis standards of care, should they be required.

The addendum allows hospitals to modify their normal level of care. Examples include letting an intensive care unit nurse treat three rather than just two patients at a time, allowing hospitals to postpone elective surgeries, and giving physicians greater freedoms to hold online visitations rather than seeing patients in person.

“Let me be clear: this is not a disaster declaration, nor a mandate, and does not require any new legislation,” Crum said. “The goal of this addendum is to provide support and guidance to our state’s health care providers as they continue to care for Alaskans during these unprecedented times.”