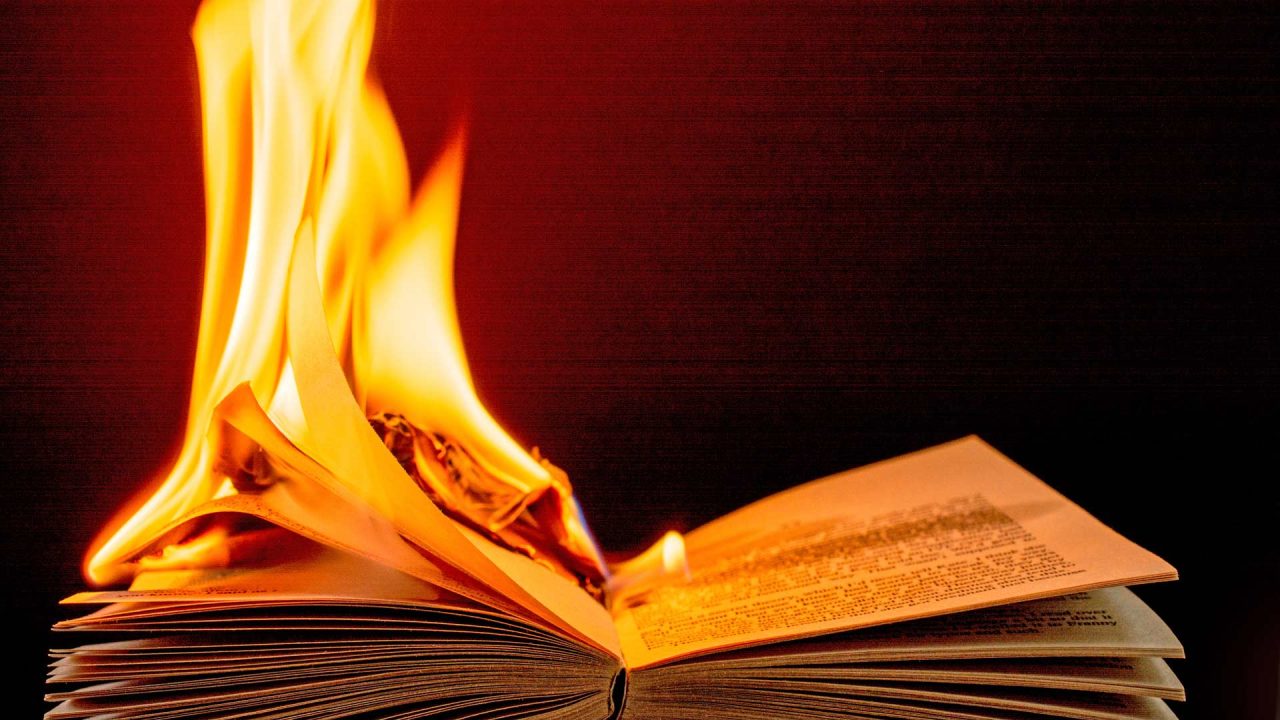 Is Soviet-style censorship rearing its head in America? 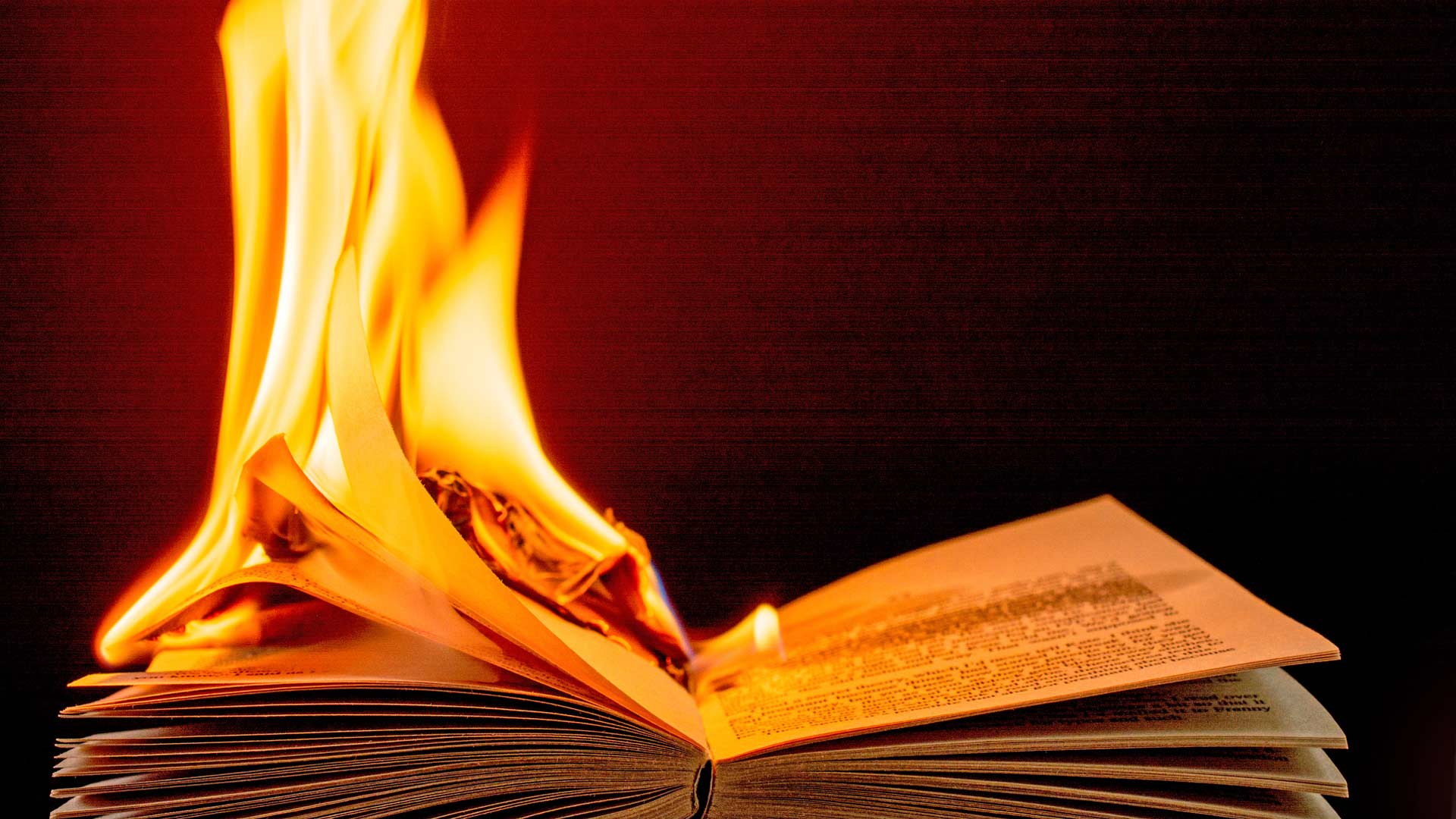 Many of my friends during my upbringing in the former Soviet Union were students from various educational institutes, striving for knowledge, wisdom, academic curiosity and freedom of intellectual expression. We constantly challenged each other during our passionate discussions about new discoveries in science and creations in literature, art, music and other academic endeavors.

Many topics of our discussions – especially related to creative writing and dissident literature – were forbidden and harshly punishable by Soviet authorities. Indeed, we all realized the danger of our involvement in these free–spirited activities. But a desire for a democratic liberty and truth was stronger than fear and cowardliness.

Across the socialist countries in the Eastern Block, Samizdat (Russian for self-publishing) was a forbidden literary activity in which individuals reproduced censored and underground publications and passed the documents from one liberal–minded reader to another. The practice of manual reproduction was done via typewriters because printing devices required official registration and permission to access. This grassroots practice to evade official Soviet censorship was dangerous and came with threats of harsh punishment, including expulsion from universities, loss of employment and even imprisonment.

All Soviet–manufactured typewriters and printing devices were officially registered by the government. Their typographic samples were collected right at the factory and stored in the government directory for further identification, when needed.

In the Russian samizdat (self-publishing) process, writers or typists commonly typed four to eight carbon copies of censored and underground material at once.

Because every typewriter has unique micro features, which are as distinct as human fingerprints, it allowed KGB investigators to easily identify the device that was used to type the text in question and, subsequently, apprehend its user. However, the typewriters that were smuggled into the Soviet Union by rebel Soviet citizens from abroad, mostly in the nearby socialist countries (e.g., German-made Erica), skipped the sample collection procedure which made it significantly more difficult for KGB agents to trace the devices.

In the Russian samizdat (self-publishing) process, writers or typists commonly typed four to eight carbon copies of censored and underground material at once. It was then widely multiplied, retyped and distributed among intellectuals, political activists, rebel youth and trusted friends. In the absence of a typewriter, several copies were made by hand using carbon paper — a very laborious process.

Mikhail Bulgakov (1891–1940) was a Russian writer, playwright and physician in the first half of the 20th century. His father was a professor of theology and a prominent Russian Orthodox essayist, thinker and translator of religious texts. His mother was a teacher, and his grandparents were clergymen of the Russian Orthodox Church. Thus, Bulgakov’s writing and ideological beliefs reflected his upbringing and orthodox Judeo-Christian faith and moral values. His most renown literary work is “The Master and Margarita,” presumably the best masterpiece of the Soviet time (1918–1991).

Samizdat copies of Bulgakov’s satirical novel were passed around among trusted and liberal–minded friends. His novel describes a visit by the devil to the officially atheistic Soviet Union; it combines supernatural elements with a satirical dark comedy and Judeo-Christian moral values.

In fear of getting caught, rebellious readers would read it in one day (often in one night) and hurriedly rid themselves of the forbidden literature.

Unfortunately, his novel was never published during his lifetime. The publication of his work, in a censored and abridged state, happened 26 years after Bulgakov’s death. Although the censorship had removed some 60 typed pages (about 15,000 to 20,000 words), nearly 150,000 copies were sold in a few hours in the former Soviet Union.

However, prior to its official (censored) publication in 1966–67, the complete version of the book was self–published by samizdat and secretly passed along from one avid and courageous reader to another. In fear of getting caught, rebellious readers would read it in one day (often in one night) and hurriedly rid themselves of the forbidden literature. I did not have a chance to read a samizdat version due to my secondary school age and lack of access to the source, samizdat, at that time.

Officially, the novel saw publication in its entirety (uncensored and published in full) in 1973, 33 years after Bulgakov’s death. Eventually, it was translated into many languages. In fact, my cousin Janet from Canada revealed to me, in the course of our private correspondence, that she had a chance to read Bulgakov’s uncensored novel in English in 1974. I read the uncensored Russian version several years later in the Soviet Union.

Boris Pasternak (1890–1960) was one of Russia’s foremost poets and literary translators of Goethe, Schiller, Calderón de la Barca and Shakespeare. But his novel, “Doctor Zhivago,” had a very unfortunate fate. The manuscript was first approved by the government publishing house, but sometime later, because of the anti-revolutionary sentiments in the book, the Soviet government reversed its decision. Fortunately, Pasternak had sent a copy of his novel to an Italian publisher who published the book in 1957; and later it was translated and widely published in many languages.

Now, my fellow Americans, are there any parallels between the Soviet socialist regime and today’s America?

Pasternak won the Nobel Prize for Literature in 1958 for his novel, but under pressure from the Soviet government and in fear for his family and friends, he declined the prize. In 1989, however, his descendants were able to accept it posthumously.

In fact, Pasternak’s “Doctor Zhivago” remained unpublished in the U.S.S.R. until 1987–88, because of its implicit criticism of the Soviet socialist system and brutality of the October 1917 Socialist Revolution in Russia. I did not have a chance to read the Russian version because I left the Soviet Union in March of 1977, before the novel was published.

Interestingly, in 1977, in Vienna, Austria, three days after my departure from the U.S.S.R. as a political refugee, I happened to watch the film, Doctor Zhivago, with English subtitles. It was an inspiring and eye-opening event. There I was, my third day in the West, and I had no fear of watching a classic film based on a banned book from my former country – the authoritarian socialist U.S.S.R.

Aleksandr Solzhenitsyn (1918–2008) was a Russian writer, historian and Nobel Prize Winner for Literature in 1970. He was a notorious critic of the Soviet socialist regime. The writer was accused of spreading anti-Soviet propaganda during World War II. As a result, he was imprisoned from 1945 to 1956 in the Gulag, the Soviet Union’s system of forced labor camps.

After Solzhenitsyn’s return from the Gulag, he began writing memories and accounts of the camps, including “The Gulag Archipelago,” his most renown anti-socialist regime novel. For a while, his stories and books, such as “One Day in the Life of Ivan Denisovich,” published in 1962, were studied in Soviet universities. But after the government leadership changed with the deposal of Nikita Khrushchev in October 1964, his works were no longer welcome. Eventually, he was expelled from the Union of Writers and unable to receive the Noble Prize for Literature awarded to him in 1970. Soon after, in 1973, Solzhenitsyn was expelled from the Soviet Union along with all his works.

After deportation, he lived in Europe for several years – finally settling permanently in the United States in 1975. He visited Alaska the same year in search of permanent residency and a home state. Solzhenitsyn described his trip to Sitka as a “day of quiet spiritual joy and of simple physical rest.” He also visited several other communities in Alaska, including Juneau, where he was hosted by my close friend, the late Bill Ruddy.

I have presented several examples of how a Soviet authoritarian regime treated literary and human rights giants. Indeed, socialist governments believe fear and rigid discipline of its members is the foundation of any social order. It uses this governing tactic, along with rigid censorship and control of natural, financial and material resources, to  indoctrinate social and educational systems with notions of collective representation, collective consciousness, collective responsibility and collective justice. This effectively suppresses individual integrity, identity, freedom, liberty and factual truth.

Now, my fellow Americans, are there any parallels between the Soviet socialist regime and today’s America? Do any of these governing patterns appear familiar today?