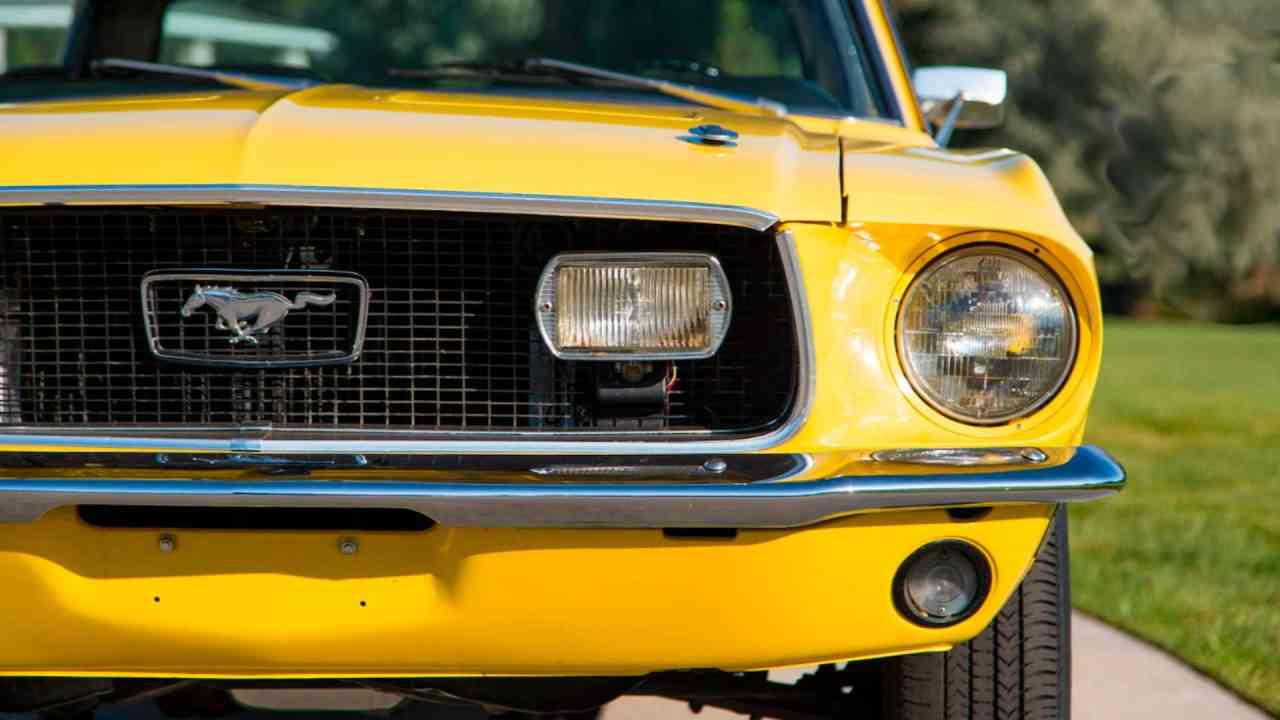 Ford Mustang, Coca Cola & McDonald’s: Soviets were desperate for a taste of America! 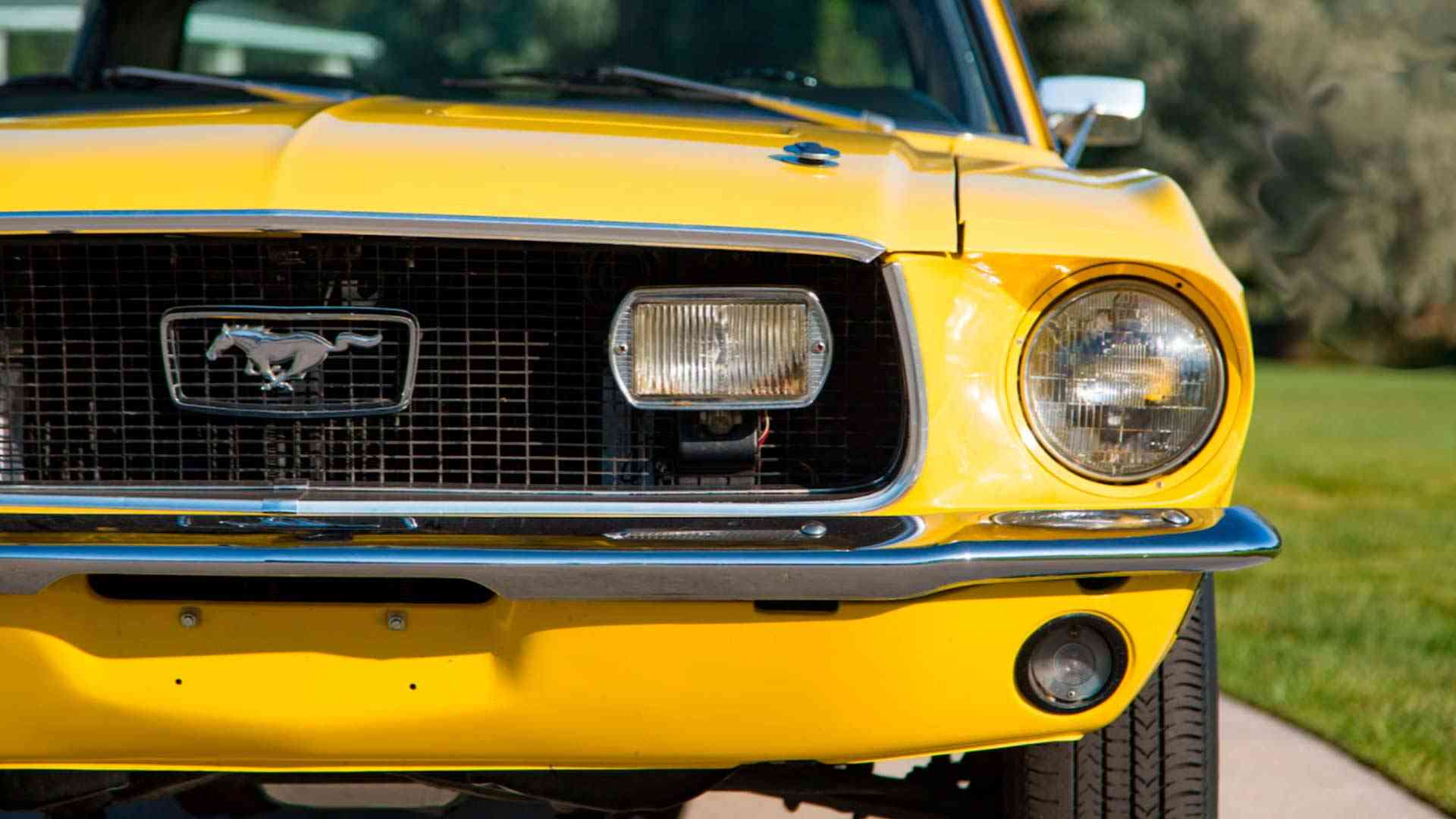 In the late 1960s through 1970s, one of the unique attractions in the Ukraine capitol of Kiev was a green and shiny 1968 Ford Mustang Fastback. Then, it was the only Ford in a city with a population of nearly 2 million residents. Occasionally, people would witness this car passing by on the streets of Kiev, resembling a shooting star on a clear summer night.

The owner of this particular vehicle was a young aspiring Ph.D. candidate at the Kiev Polytechnic Institute of technology and engineering. It was rumored that he was writing a Ph.D. thesis on the Ford Mustang model, and in order to enhance his research had sent a letter to the Ford company in Detroit, requesting some essential information on the model.

Two or three months later, he received a notice from the Ukrainian Board of Customs to report to a certain location with a payment of 200 rubbles (a reasonable monthly salary in the former Soviet Union in the 1960s – equal to about $50 U.S. dollars on the black market for foreign currency exchange – in order to claim a large crate from the United States. This aspiring graduate student was furious.

I believe America’s economic, cultural and ideological global influence shook the Soviet totalitarian regime and paved the road for bringing down the “Iron Curtain.”

“I asked these bloody capitalists to send me some research material, and instead now I have to pay nearly equal amount of my father’s monthly wages,” he complaint to the authorities.

So, he refused to accept the crate; but notices from the Board of Customs kept coming to his attention, alerting him of the high fines for storing this large crate. Finally, he reported to the customs and was unexpectedly surprised that Ford Company sent him a brand-new 1968 Ford Mustang Fastback, accompanied with some essential spare parts and a load of research material on the car. I imagine the elated man yelling out, “Spasibo (thank you) Ford! America, what a country!”

Indeed, it was a generous gift! Rumors of his fortune spread quickly around town, motivating some “clever students,” or those who pretended to be a “student,” to emulate similar requests to the American automobile companies, but, apparently, with no success. Only “the early bird gets the worm.”

In fact, products made in the United States and in other Western countries were in a great demand in the Soviet Union and could be obtained/purchased mostly on the black market at a very high price. Owning American–made clothes (blue jeans, shirts, coats, neckties and almost anything else) was a sign of social prestige, high class and wealth. American–made products were especially coveted by Soviet youth in the 1960s and 1970s, including American entertainment (Hollywood films, pop music and dance, Walt Disney cartoons, etc.).

Soviet authorities, however, prohibited “Voice of America” and “BBC” radio broadcasting in the country. Nevertheless, many Soviets privately and secretly listened to these shows at a great personal risk.

Igor Tsepenyuk was my old and close friend since elementary school. His parents worked at the U.S.S.R. Embassy in Washington D.C. To my recollection, his father was a trade representative, and his mother a cultural attaché at the Embassy in the United States. These positions allowed them to bring some small items from the United States, including various beverages that were unavailable at that time in the Soviet Union (whiskey, Coca Cola, Pepsi, etc.).

On one occasion, a small group of my close friends gathered in the Leipzig Restaurant – a popular German establishment in town. We were excited that our friend, Igor,  managed to sneak into his parents private bar/safe and smuggle out two small cans of Coca Cola. None of us, except Igor, had ever experienced this American drink; and we all were anxious to taste a tiny bit of America.

In the restaurant, a waiter brought crystal shots and served everyone, including himself, this mysterious Yankees’ drink. We cheered “Na Zdorovye” (for good health), “Pey do dna” (bottom up) — and everyone emptied the shots of Coca Cola at once. It was just a plain non-alcoholic beverage, but how exciting it was a taste of America for few seconds! “America, what a country!” I whispered to Igor.

In the summer of 1990, I conducted an archeological investigation of the Denisov Cave in Altay Mountains in Russia, north of Mongolia. By then, I had already lived in America for 12 years and had become a naturalized U.S. citizen. On my way to Novosibirsk, I stopped in Moscow for few days, visiting my colleagues at the Institute of Archaeology of the U.S.S.R. Academy of Sciences and my dear cousin, Vladimir Lundin, a well–known violinist, and his family.

One day, walking the streets of Moscow, I noticed a long zigzag–shaped line on Pushkinskaya Square in the center of Moscow. Long lines for various commercial products and food items were common in the former Soviet Union, but not that long.

I asked a stranger in the line, “What is this line for?” The stranger replied, “There is an American McDonald’s Restaurant around the corner, the first one in the country; just opened up not long ago.” I smiled friendly and suggested to a stranger, “You know, it is just a fast-food restaurant, serving mostly burgers and fries similar to the Russian cutlets wrapped in bread and fried potatoes.” “Yes, I know,” responded a stranger, “but I have never been in America, and here it is.” “Indeed, America, what a country!” I confirmed.

It was dawn on Jan. 31, 1990, when the Moscow McDonalds first opened its doors for business. Soviet citizens lined up by the thousands for a chance to try the American fast food. Together, they formed a several kilometers–long line in the center of the city. McDonald’s served over 30 thousand burgers that day, setting the company’s new global record.

Looking back to the U.S.S.R. from the 1960s through 1970s, I believe America’s economic, cultural and ideological global influence shook the Soviet totalitarian regime and paved the road for bringing down the “Iron Curtain.” This subsequently allowing millions of Soviet citizens to escape a brutal socialist socio–economic system and immigrate to the free world – America!