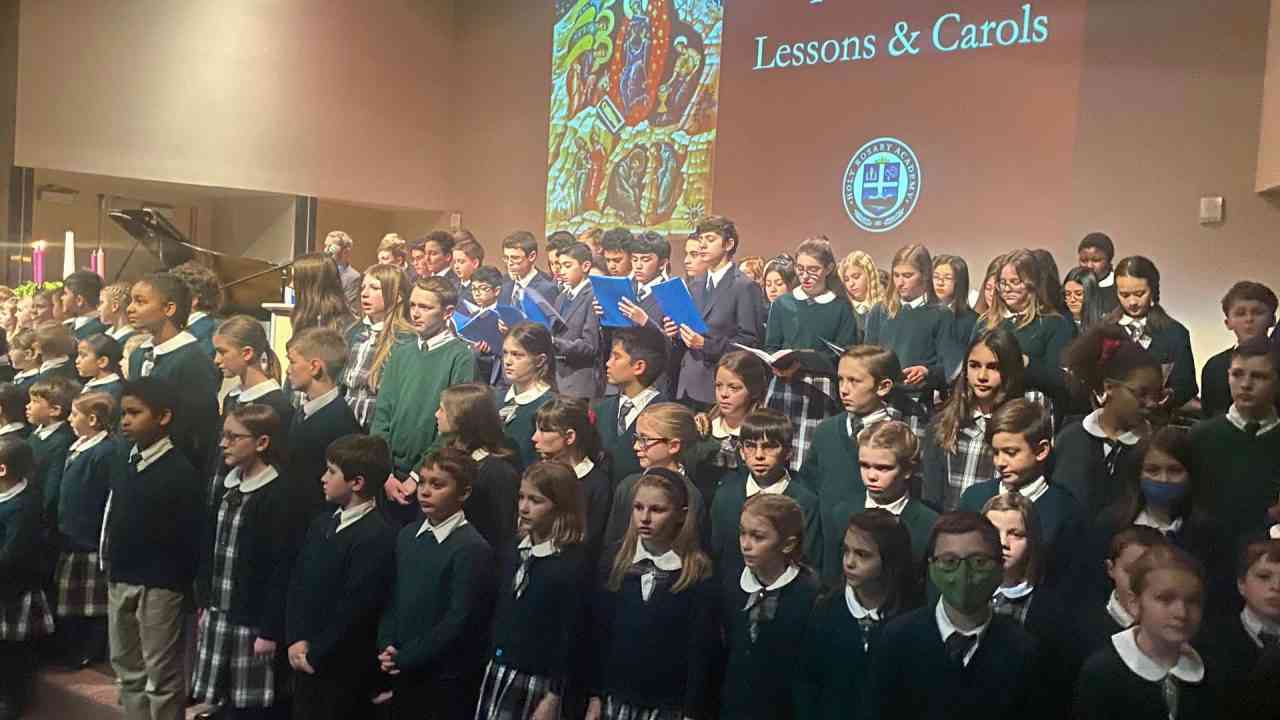 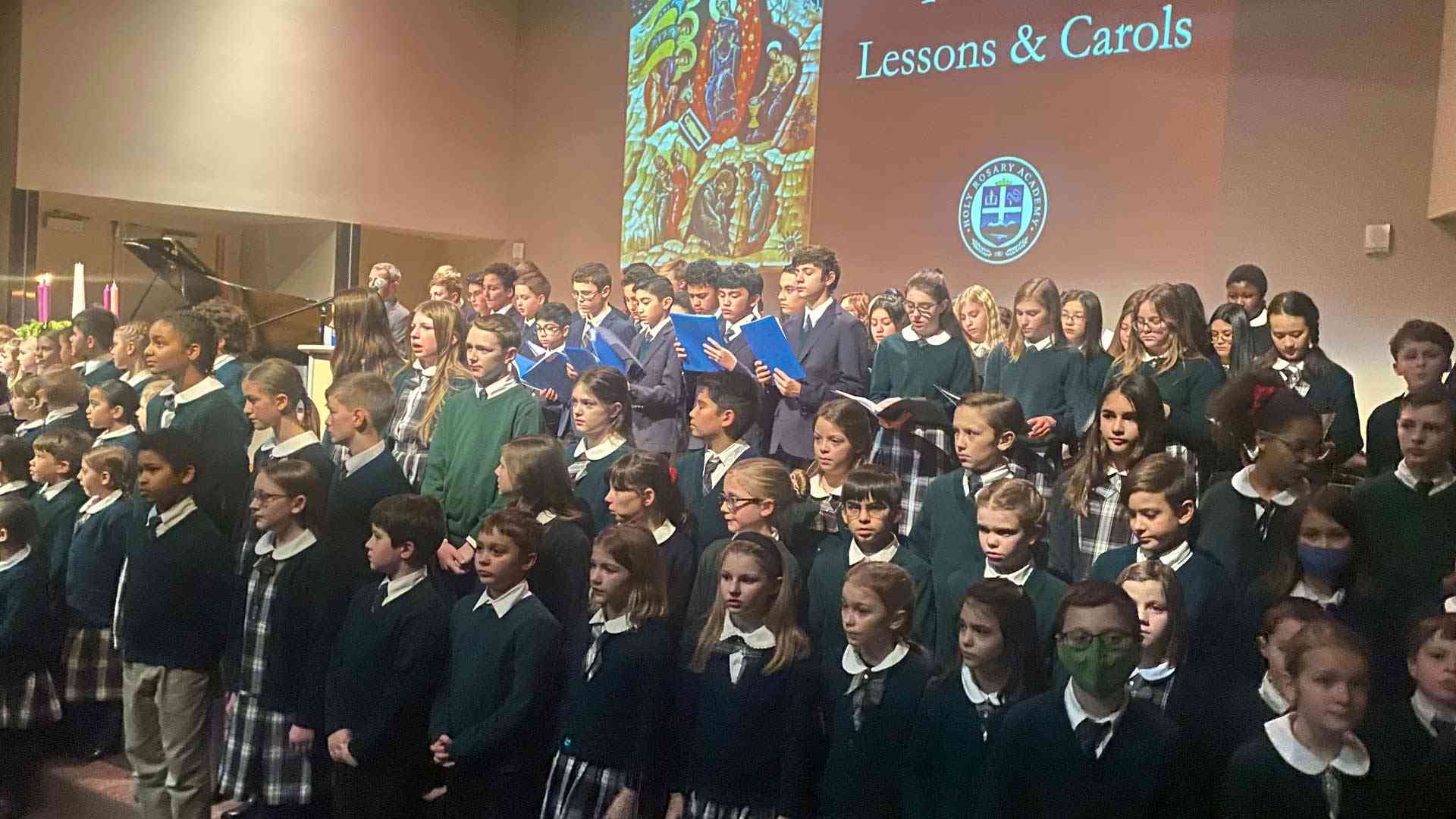 Hundreds of children from Holy Rosary Academy sang Advent songs before a packed audience at the Loussac Library in Anchorage on Dec. 10.

The school traditionally performs its annual Lessons & Carols Advent concert at Our Lady of Guadalupe Cathedral, but this year the conservative K-12th grade school had to relocate after refusing to concede control of its curriculum and operations to Anchorage-Juneau Archbishop Andrew Bellisario.

Despite having to scramble to find a new location, the school pulled off a successful concert with more than 160 parents and supporters attending the performance, which included traditional Advent hymns, scripture readings and a hand-bell choir.

Holy Rosary Headmaster Mark Newcomb welcomed attendees and thanked Mayor Dave Bronson for helping the school find a venue on short notice. Organizers said they extended an invitation to Archbishop Bellisario, but he refused to attend.

Earlier this year, Bellisario demanded that the traditional Catholic school, of roughly 150 students, grant him authority to hire and fire staff, control the classical curriculum and make all health and hygiene decisions, including when to shut down the school. Holy Rosary’s refused these demands, and can now no longer promote itself as a Catholic school or have priests celebrate Mass for children and staff, or teach classes and hear confessions.

Many area Catholics view the archbishop’s actions as grossly inconsistent given that he has taken no similar actions to withhold the sacraments from high profile pro-abortion politician Sen. Lisa Murkowski, who openly opposes the church’s teaching on the sanctity of unborn life. Similarly, conservative Catholics have, for decades, pointed out that Providence Alaska Medical Center provides a litany of medical services that directly oppose the church’s moral teachings. This includes contraception, sterilization and cross-sex hormones for those who wish to appear as members of the opposite sex. Nevertheless, the hospital continues to enjoy the archbishop’s approval to access priests and celebrate daily Mass.

Unlike a church-run archdiocesan school, Holy Rosary was founded by homeschooling parents in 1987 as an independent Catholic school that holds fast to the traditional teachings of the faith, while offering a classics-based curriculum, rooted in Greek, Latin and the theology, philosophy and literature of the Western cannon. It is open to children of all backgrounds, and has long operated independent of the archdiocese with past bishops never demanding to have direct control over the school, but choosing to respect the fact that it was founded, built, funded and developed by private Alaska citizens.

Over the years, the school has won national awards for its academics, and is widely considered the most academically rigorous K-12th grade schools in the state.