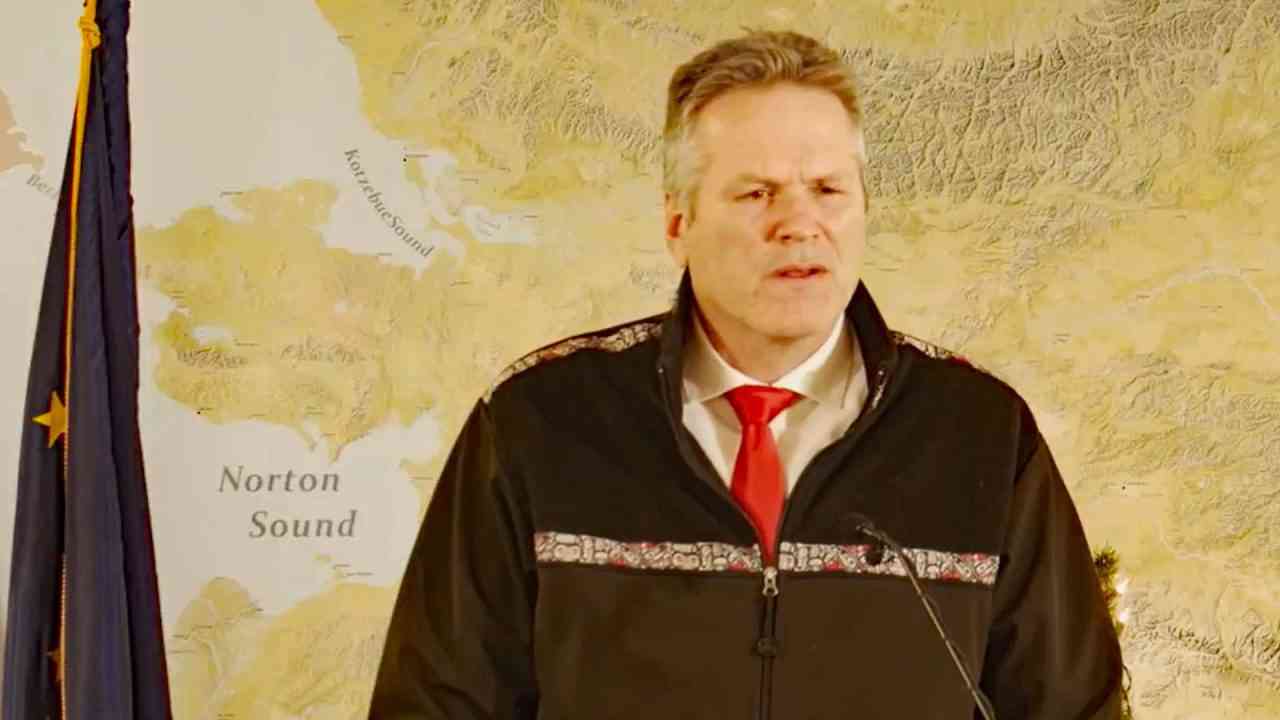 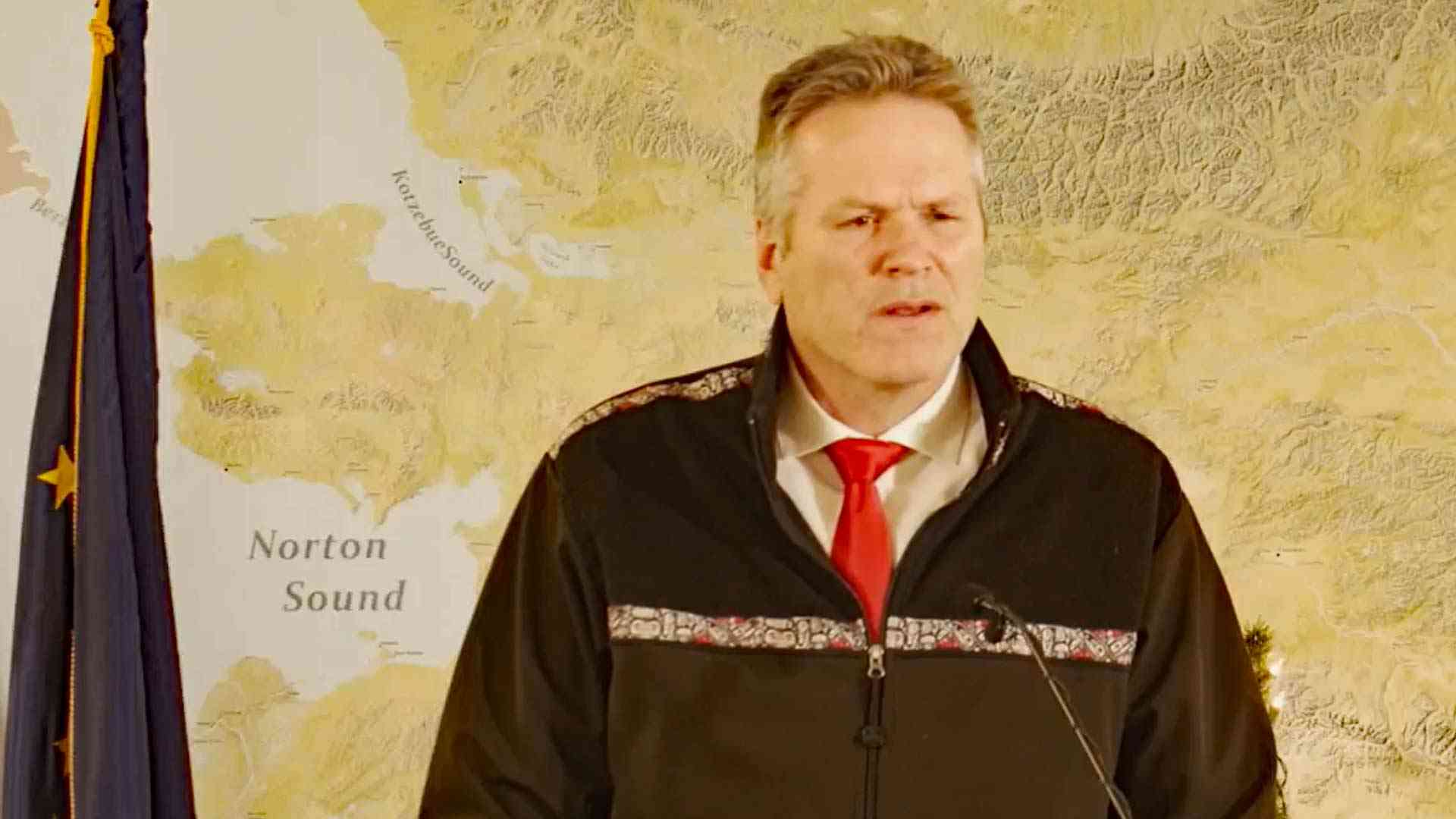 Dunleavy noted that nearly 20 election bills were introduced in the last session but none of them passed. The new bill incorporates many aspects of these other measures, including many by Sen. Mike Shower.

“There have always been concerns about election integrity – no matter where you are, what state you’re in, what city,” the governor said. “This past year we know there has been a lot of discussion about it. And we just want to be sure as we move forward in Alaska that a lot of those concerns, those worries are taken care of in the bill that is going to be introduced.”

Dunleavy said legislators need to act on the bill quickly as the 2022 elections are now less than a year away.

Lt. Gov. Meyer agreed. After speaking about areas of improvement which he hopes the bill fixes, Meyers announced that he will not run for re-election in 2022 in order to ensure faith that he is addressing election integrity without any ulterior political motivations.

The bottom line: We need to improve our elections.

Meyer noted that the 2020 election was marked by multiple challenges associated with COVID. This included widespread absentee voting, difficulties finding places where people could vote, and dealing with lawsuits and recounts in the wake of the results.

He observed that absentee voters comprised 50% of all ballots, a massive increase from the typical 20%. Ensuring the integrity of these absentee votes was hampered, when the Alaska Supreme Court threw out the witness verification requirement due to concerns that voters would not be able to find a witness to verify their absentee vote.

Adding to fraud concerns is the fact that shortly before 2020 election the Alaska Division of Elections Online Voter Registration System was hacked, exposing the personal information of 113,000 potential voters – data which could be used to fraudulently request someone else’s ballot.

Meyer acknowledged that he heard from many Alaskans who wanted to know how the controversial ranked-choice voting initiative passed when it was clearly losing on election night.

Meyer said it was due to absentee votes which came in later.

“A lot of elections changed,” he said.

Additionally, he said there was a lot of talk that “you can’t trust elections. Elections are full of fraud.”

“You’ve all heard, why do we have more people registered to vote than who actually live up here?” Meyer said.

Meyer expects this skepticism will continue in 2022.

“We need to be prepared, and Alaskans need to feel sure that, and know that our elections are conducted fairly and according to state and federal law,” he said. “The bottom line: We need to improve our elections.”

Some of the main points the proposed bill addresses include changing the current process by which Alaskans are automatically registered to vote when they apply for their annual permanent fund dividend check.

“One of the things that’s a little bit of an embarrassment, but I don’t know how to deal with it, is that people who have signed up for a PFD automatically get registered to vote, and some of these people don’t want to vote,” Meyer said. “They didn’t want to be registered to vote, but they wanted to get their PFD. And then when they move out of state, they stay on our voter registration list until finally they tell us they don’t want to be on that list anymore.”

He added that state law mandates that people remain on the voter rolls even after they depart Alaska so long as they “intend” to return. This creates a scenario in which Alaska’s voter rolls are bloated with people who have moved to other states without ever contacting the Division of Elections.

The bill creates newly defined offenses and mandates that police officers be trained on how to investigate election fraud.

“You’ve all heard, why do we have more people registered to vote than who actually live up here?” Meyer said. “So, that’s an area we want to work on.”

The bill also expands the number of election observers and sets up a toll-free election offense hotline. Additionally, it allows the Division of Elections to hand recount more than just one precinct in each district to verify voting machine accuracy.

The bill calls for signature verification machines and software that allows officials greater capacity to check signatures on absentee ballots, and it creates a free ballot tracking system while improving options for voters to cure their ballots if they are rejected for various reasons.

Chain of custody is another aspect the bill deals with by improving the capacity to track voting machines throughout the state.

To clamp down on election crimes, the bill creates newly defined offenses and mandates that police officers be trained on how to investigate election fraud.

Meyer defended the state’s decision to purchase and utilize Dominion voting tabulators, claiming there were “many checks and balances” in place to ensure their accuracy. He claimed that hand counting one precinct in each election district ensured the integrity of the vote.

“There’s been a lot of misinformation about these tabulators,” he said. “They are not hooked up to the internet in any way. They’re thoroughly tested when they are deployed, and they’re tested again when they come back.”

He did not, however, discuss whether the machines have the capacity to be hooked up to the internet, or how citizens can be assured that this won’t and did not occur.

Instead, he focused on the accuracy of the machines, noting that state hand counts of various precincts always match the Dominion results.

While the bill does not address cyber-attacks on state data, Meyer said this issue is being tackled by private contractors, as well as the U.S. Department of Homeland Security.

The bill won’t be available for the public to view until Jan. 18.