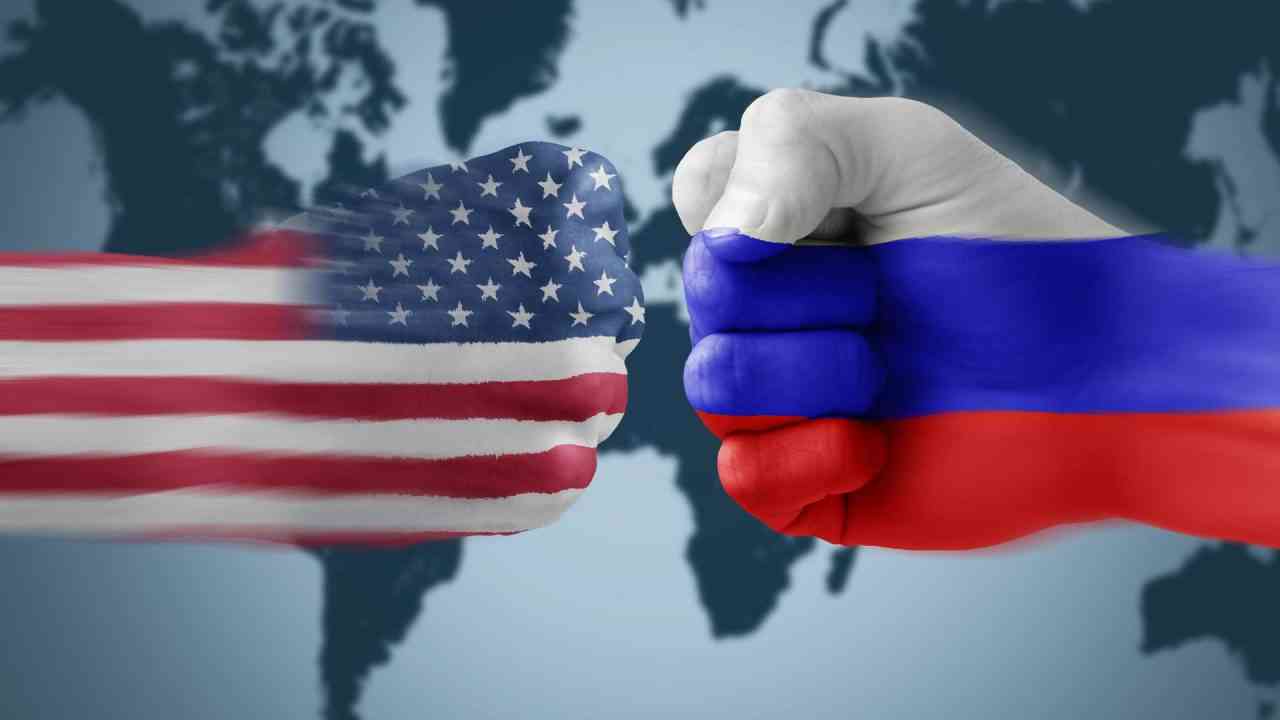 With rising Russia tensions, we must draw from the past 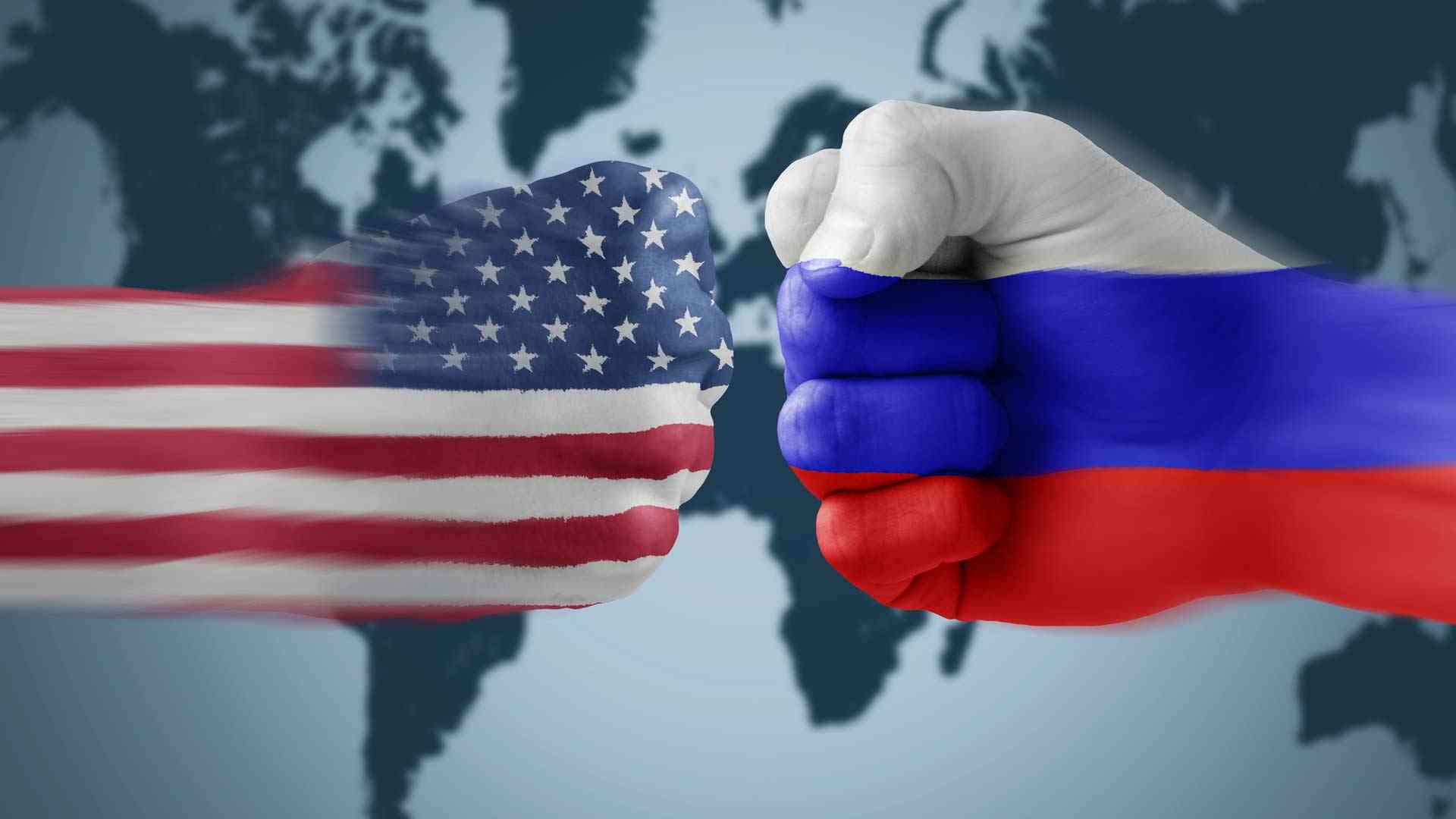 Who was responsible for post-war tensions between the U.S. and the U.S.S.R.? Were they primarily a result of the Soviets’ mistrust of a perceived intent on the part of the Allies to establish a “New World Order” and act as policeman of the world? The United States’ influence in Asia, Europe and North Africa at the end of the World War II was superior to that of any other nation. The U.S. government’s interest in creating a military coalition (i.e., NATO in 1949) and in establishing military bases in strategic locations all over the world obviously attracted Stalin’s attention.

Did President Harry Truman misunderstand Stalin’s psychological behavior at the end of the war? At the Potsdam conference in July and August of 1945, Truman informed Stalin of the U.S.’s intention to use nuclear weapons against Japan. In Truman’s view, he was just sharing this essential information with his closest war ally, but Stalin apparently interpreted this message as a potential threat to the Soviet state. Could termination of the Lend-Lease program to the U.S.S.R. and other countries in September 1945, and Truman’s approval of the Marshall Plan to assist Western Europe in 1947, have exacerbated Stalin’s fears regarding U.S. post-war military expansion?

Or were postwar tensions a result of Soviet communist expansionist ideology, a stated component of the Marxist–Leninist agenda? Questions surrounding the causes of post-war tensions between the U.S. and U.S.S.R. are complex and must be studied objectively if we hope to elucidate the confrontational patterns between military powers in the past in order to avoid the resurgence of similar patterns in the future.

The history of Soviet­–American relations has been quite short and somewhat intense. Evidently, President Franklin D. Roosevelt approved recognition of the Soviet Union in 1933, not out of any good will or political vision of peaceful cooperation with the Soviets, but for entirely pragmatic economic reasons.

The Soviet Industrialization Plan required huge economic investments from the West, and in that Great Depression year of 1933, American manufacturers needed business wherever they could find it. In fact, in the 1930s, more than 200,000 unemployed Americans wrote to the Soviet Embassy in Washington, D.C., asking for work, and some of them were actually hired and emigrated from the U.S. to work in the Soviet Union. Certainly, the Soviet government, in turn, hoped diplomatic ties would open doors for greater access to American bank loans and Western technology; and for greater export of socialist ideology at a time when membership in the U.S. Communist Party was growing.

The post-war history of Soviet–American relations, seen from an American perspective, can be summarized as a series of Cold War cycles. The first cycle (1945–55) might be called the Truman–Stalin duel. This period coincided with the division of Germany and Europe, the Marshall Plan, the creation of NATO, the Warsaw Treaty, and the Korean War.

The second cycle (1956–73) featured Khrushchev’s nuclear threat, the expansion of socialist ideology into developing countries, the development of Soviet space technology as demonstrated by Sputnik, and the Soviet–Egyptian arms deal.

The third cycle (1974–86) began with the self-destruction of an American president, Richard Nixon, via Watergate, and the Soviet invasion of Afghanistan in 1979. The United States then imposed a trade embargo and otherwise tried to isolate the U.S.S.R. In the early 1980s, President Ronald Reagan and his administration challenged the Soviet government by enlarging the U.S. nuclear and conventional military arsenal. Attempts by the Soviets to compete with the military production of the United States eventually devastated the Soviet economy and severely impacted its physical environment and natural resources.

In spite of all of the mutual animosity of the Cold War, the United States and the Soviet Union never engaged in direct military action, fighting, at worst, by proxy. In fact, both American and Soviet leaders did a fairly good job of preventing a “hot war” between these two great nations, thereby preserving mankind for subsequent global challenges.

Recently, diplomatic and military tensions between NATO and Russia over the situation in Ukraine escalated to a new and dangerous level, potentially leading to possible military conflicts around the globe and a revival of the Cold War. Below are selected key points from a recent article (“An Existential Threat to Europe’s Security Architecture,” ForeignPolicy.com, Dec. 30, 2021) by Russia’s ambassador to the United States Anatoly Antonov, explaining Russia’s position regarding NATO’s expansion in Europe.

We have witnessed five waves of NATO expansion since the dissolution of the Soviet Union. At various events at NATO headquarters in Brussels since 2005, Russian representatives have been told that the main threat to the alliance comes from the south—where Iran is located. To our simple question “Then why are you moving east toward Russia’s borders?” we have never received any clear answer.

Now NATO’s agenda is focused on drawing Ukraine and Georgia into its membership. With the “crawling” of the alliance into Ukraine’s territory, the threat to Russia’s security is increasing sharply, as missile systems with minimum flight time to our country and other destabilizing weapons can be deployed there.

In other words, U.S. policy toward our country looks like what is known as “compressing a spring.” Either it breaks or hits back. What should we do in such circumstances? Disregard them? Remove our troops deep into Russia, beyond the Urals?

The situation is extremely dangerous. No one should doubt our determination to defend our security. Everything has its limits. If our partners keep constructing military-strategic realities imperiling the existence of our country, we will be forced to create similar vulnerabilities for them. We have come to the point when we have no room to retreat. Military exploration of Ukraine by NATO member states is an existential threat for Russia.

Urgent action is needed. The principle of equal and indivisible security must be restored. This means that no single state has the right to strengthen its security at the expense of others. With political will, this can be achieved through the development of serious long-term and legally binding security guarantees.

We want to be confident in the future, and for this we need commitments from the United States and other NATO countries not to further expand the alliance and not to deploy weapons systems that pose a threat to Russia on the territories of neighboring countries, both members and nonmembers of NATO.

European security is now at a crossroads. The way in which events will develop further depends on the readiness of our Western colleagues for substantive dialogue, not delaying tactics and obfuscation. As Russian President Vladimir Putin said, we are not demanding any special exclusive terms for ourselves. The Russian initiative to conclude legally binding agreements on security guarantees is aimed at ensuring equal and reliable security for all.

In order to secure peaceful U.S.–Russia relationship, lessons must be learned from the patterns of the past. Historically, the Alaska–Siberia Lend–Lease Air Route during World War II (1942–1945) demonstrated the need for a dynamic rather than static approach toward foreign neighbors whose political and economic systems differ from ours. The program demonstrated that two nations could compromise in their views and set aside conflicting cultural values and economic principles sufficient to achieve a common and mutually beneficial goal. A dynamic approach to dealing with potentially antagonistic neighbors, therefore, may help the United States government and United States citizens achieve favorable results in their exploration of new avenues for cultural, political, commercial, and military cooperation and exchanges with Russia and other former Soviet republics.