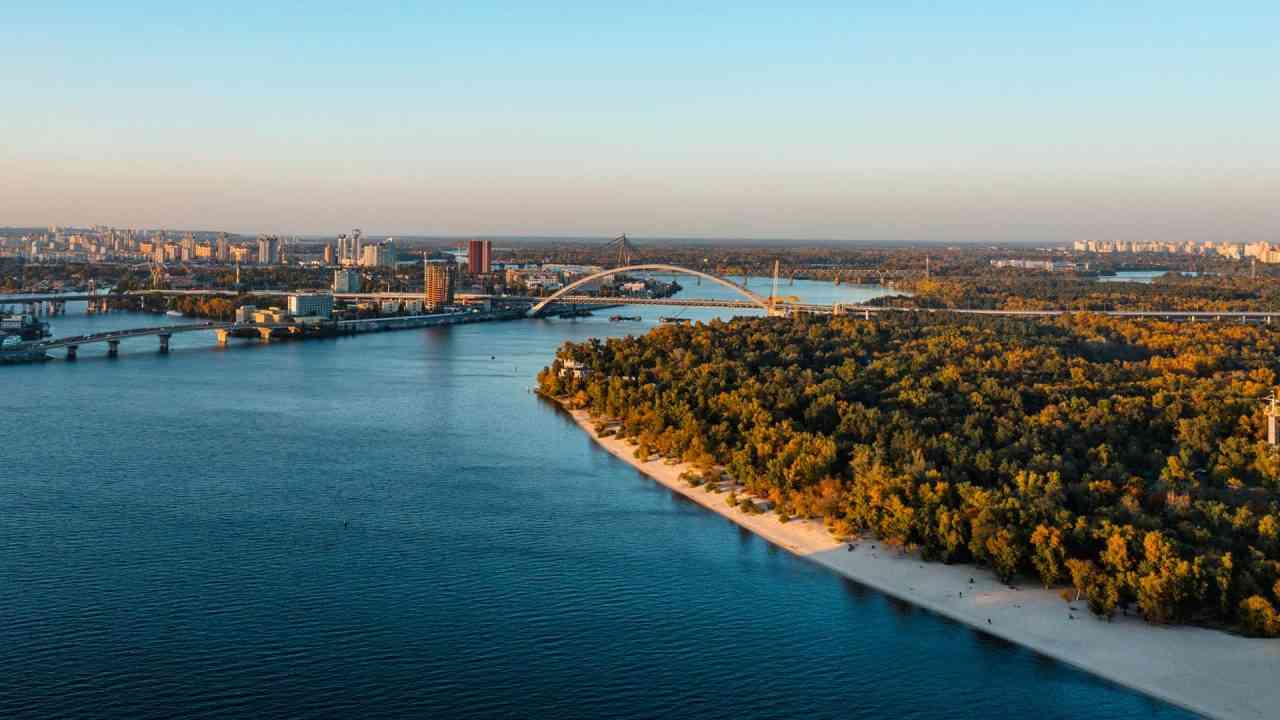 The wisdom I gleaned along a Kiev river reverberates today 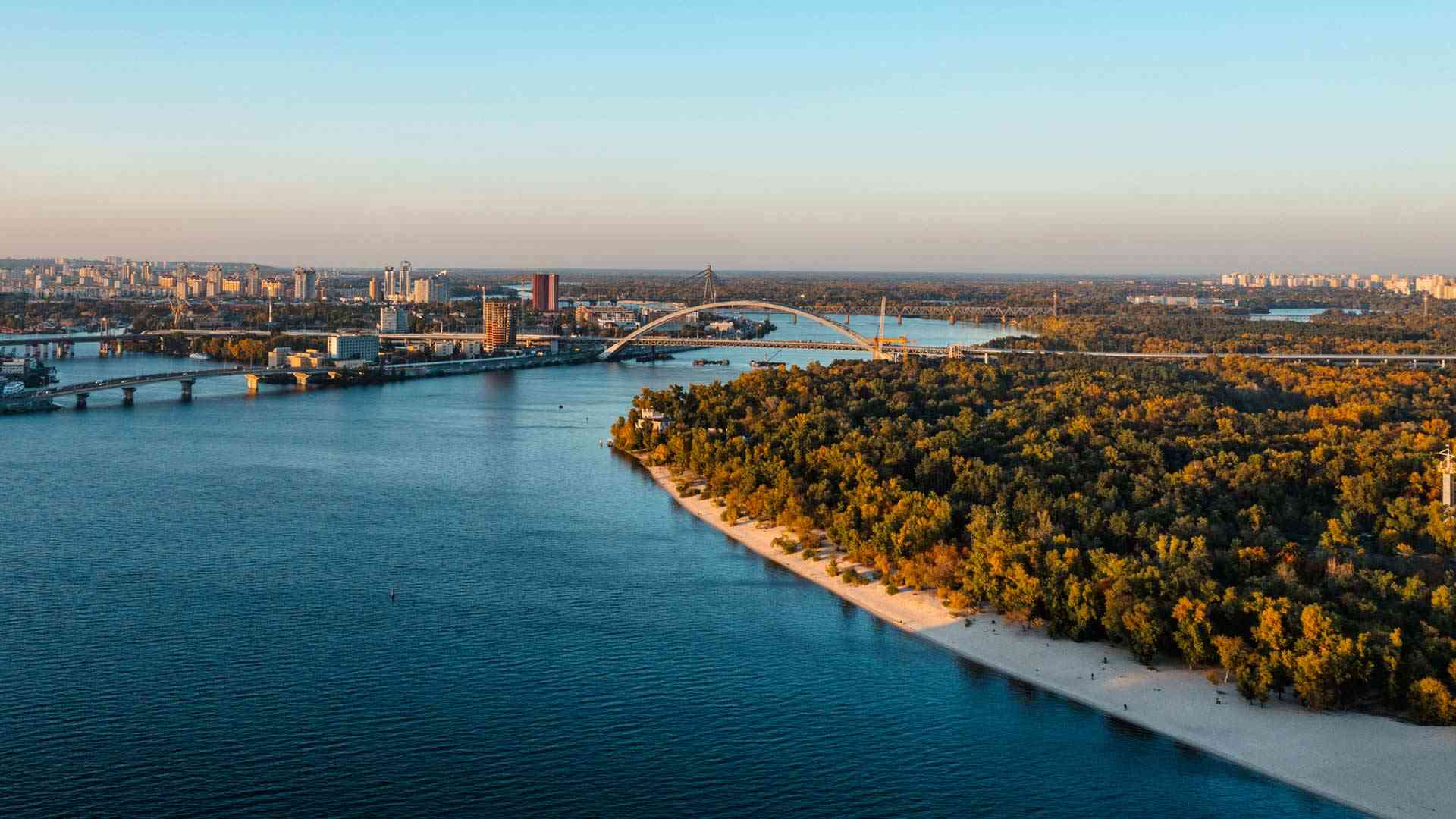 Anatoly Mikhailovich Mikisha was a talented and accomplished mathematician in his late 30s. He was a rocket scientist, working in the Moscow Aviation Institute in the 1960s and 1970s – the years I knew and communicated with him. At that time, it was the most prestigious university in the former Soviet Union for aerospace engineering and for research in the structure of satellites and systems engineering in spacecraft. Anatoly Mikhailovich and his family were residence of Moscow, Russian Federation.

Anatoly’s wife was born and raised in Kiev, Ukraine. Almost every summer, Anatoly, his wife and their young daughter vacationed in the Chertoroy – a long white-sand beach on the Dnieper River, about 20-30 minutes north from Kiev by the river ferry.

Chertoroy was a popular vacation spot loaded with numerous small, one–room, corporate cabins available for an affordable rent via the Soviet Trade Unions. There were also some private cabins and tents set everywhere in between and around the corporate cabins. The cabins were more like shacks, with only one window and one door, hastily constructed to protect people from the weather.

Every summer our family’s friend, Naum Osipovich Talinovsky, a leading engineer and manager in the Leninskaya Kuznitsa shipyard in Kiev, was able to secure a cabin for both our and his family in Chertoroy. Our families had been loyal friends since prior to World War II and always looked forward to sharing summers together.

Chertoroy was a popular vacation spot for all age groups. It was a place where Soviet citizens from around the country (Baltic Republics, Russian Federation, Georgia, Armenia, etc.) could experience the pure fun and joy that life offered during the summer season – playing beach volleyball, beach football (soccer), swimming in the Dnieper River, relaxing on the beach, and congregating at night near the bonfire with a group of friends. It was a one happy melting pot.

Among many of the life–related truths that Anatoly shared with me over the years, several have become prominent beacons in my life.

For a long time, every morning, Anatoly would sit by the river, perhaps contemplating something meaningful. One day, my teenage curiosity encouraged me to approach this mysterious man. “My name is Sasha, I live in this cabin, to the right,” I introduced myself, pointing to the cabin. “I am Anatoly Mikhailovich Mikisha, I am from Moscow. Every year my family vacations here, too,” responded Anatoly, scanning me up and down.

“I apologize for asking. What do you see in this river? I noticed that you are sitting here every morning, staring at the river,” I asked sheepishly. Anatoly then turned and looked at me observantly, saying, “Heraclitus, a Greek philosopher born two and a half thousand years ago, said: ‘No man ever steps in the same river twice, for it’s not the same river and he’s not the same man.’”

I was puzzled by this revelation and shared a thought, “It seems to me that river is the same every day, and I am the same, too.” Anatoly paused for a minute and then continued, “Yes, from a practical point of view, at the first glimpse, both the river and you appear the same on any given day. But I am wondering: How can I mathematically, via eloquent equation, prove or disprove Heraclitus’s observation? For me, the river is always moving because it’s alive, so it’s never the same. On the other hand, every day people change because they gain new experiences, expectations, adaptations, emotions and knowledge – all of which shapes them.”

I was somewhat confused and lost by these interpretations – way above my age and schooling. But, at the same time, I was remarkably driven toward Anatoly’s creative personality and vivid observations. From that moment on, I accompanied Anatoly every morning by the river, listening to his exciting stories about voyages around the world on the USSR Academy of Sciences research vessels. I also asked him numerous teenage-related questions about the meaning of life, equality vs. equal rights, human freedom, dignity and honor, happiness, and true friendship.

Our teacher/student bond and communication became strong and long lasting. Anatoly guided me for 12 years until my departure from the Soviet Union to the West in March 1977. Because of his affiliation with and his highly sensitive security position at the USSR Academy of Sciences, our communication, per his request, ended several months before my departure.

Nevertheless, among many of the life–related truths that Anatoly shared with me over the years, several have become prominent beacons in my life. Those most relevant and applicable to the social environment in our country today are as follows:

— “Life is like a Zebra; it consists of black and white stripes. When you are in the white stripe, enjoy and hold it as long as you can, and at the same time educate and prepare yourself for a turbulence in the possible forthcoming black stripe. And when you are, by unfortunate circumstances, in the black stripe, compose and discipline yourself in anticipation of the white stripe; it will definitely come again.”

— “Some people are going to leave you, that’s not the end of your story, that’s the end of their part in your story.”

— “Happiness is when you can make other people happy and, subsequently, watch their happiness with an open mind and joy.”

Here is my song dedicated to my old friend and mentor, Anatoly Mikhailovich Mikisha, wherever he is, still alive or in the eternity.

My life is a river,
As waves rolling on towards the sea,
Wave upon wave, mighty and free,
The way to the sea may still be long,
But the river is rolling, it’s rolling along,
And I have never believed that a current so strong
Could slow down as suddenly as my song.