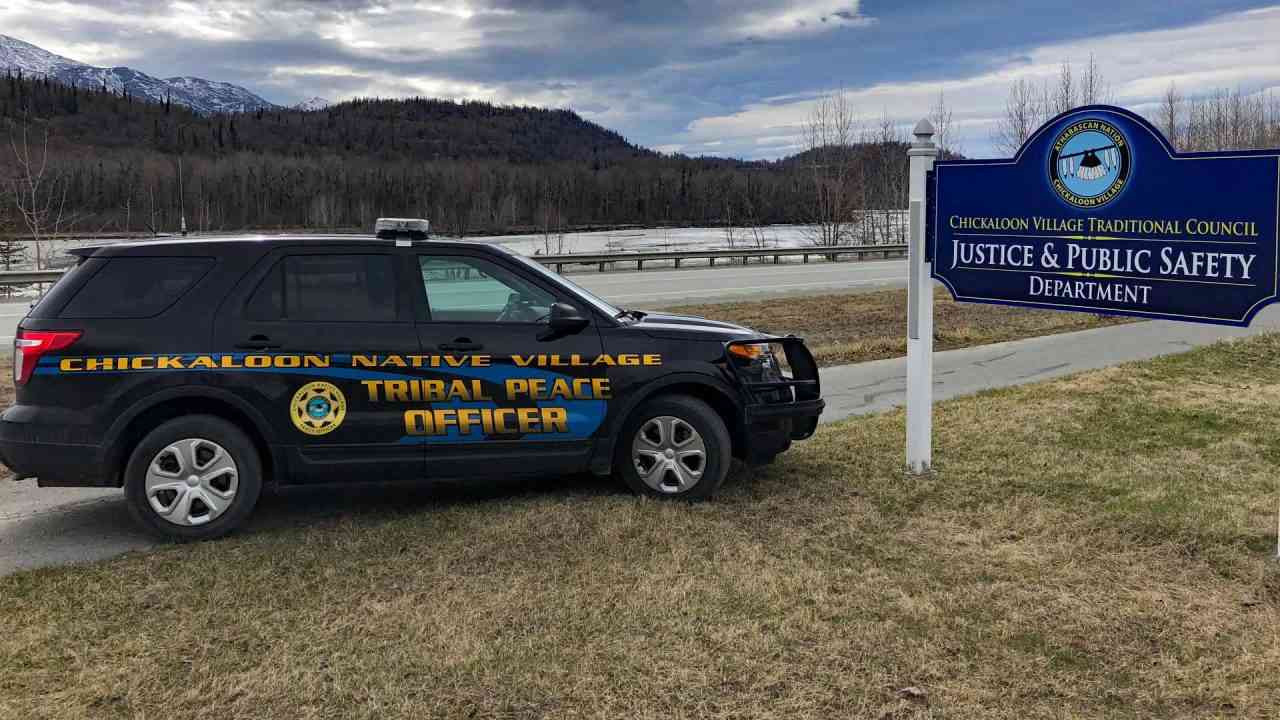 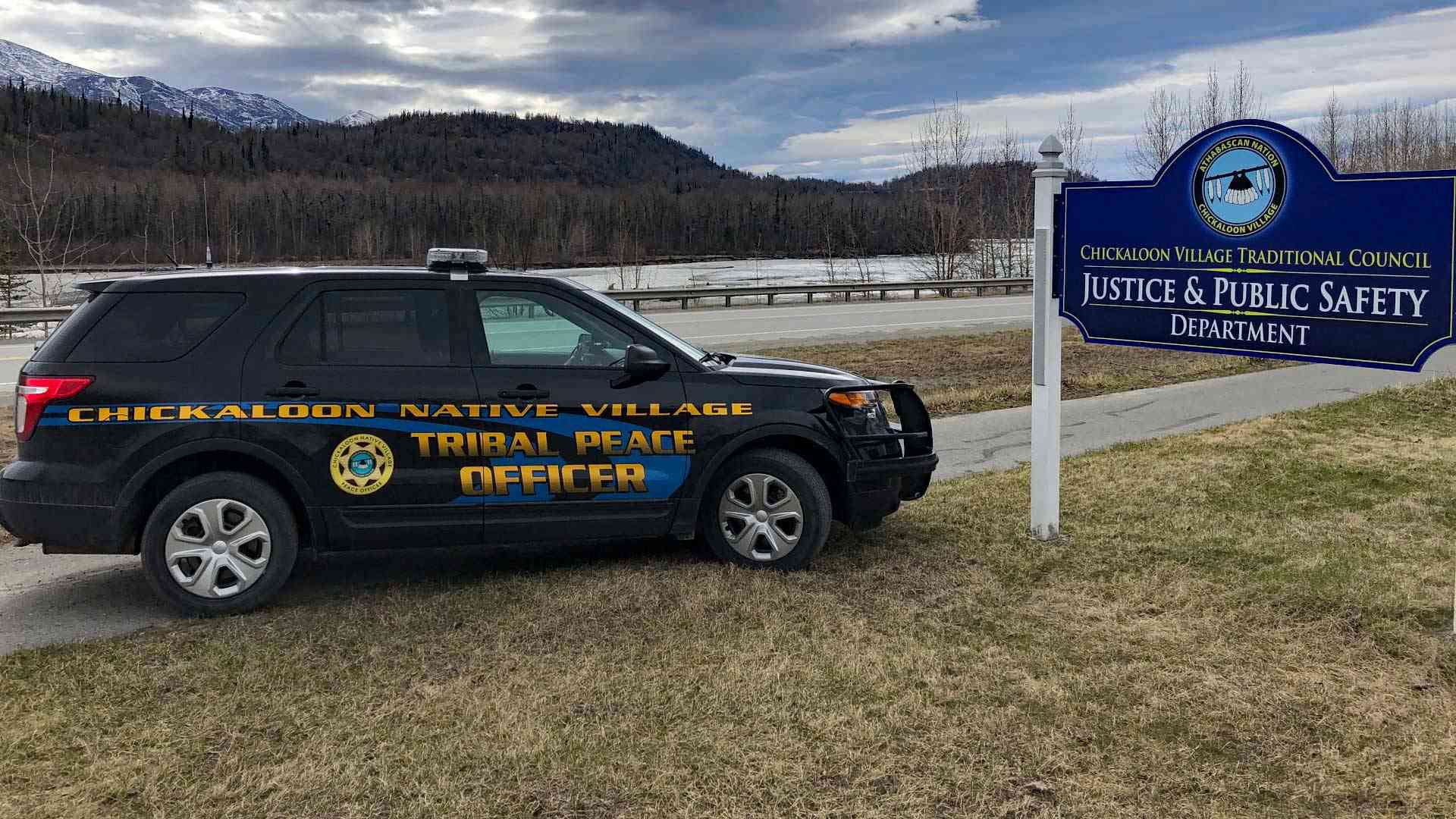 Chickaloon Native Village is in the early stages of revamping and expanding its tribal police force with the long-term goal of providing a unique law enforcement arrangement to Alaska Native tribes in areas where policing is historically limited or essentially non-existent.

A preliminary presentation on the evolving plan was delivered this past November to the Sutton Community Council by Chickaloon’s new Justice Director Donna Anthony. Another public meeting is scheduled for April 16 with updated information (see details below).

Anthony, who has extensive experience in law enforcement, including service as both an Alaska State Trooper and a Palmer Police officer, aims to build a tribal law enforcement team that also enjoys state authorization to deal with serious felony crimes committed by tribal members, such as sexual assaults. Currently, tribal police cannot address felony crimes, which presents problems in rural areas with limited State Troopers.

In order for Anthony’s vision to materialize, Chickaloon officers would need to be granted the same authority that State Troopers possess, namely, to arrest for state felony crimes. If approved, Anthony would like to eventually make Chickaloon officers available to both tribal and non-tribal communities who want additional law enforcement personnel that can operate as state officers. Additionally, Anthony wants her officers trained and certified federally.

Essentially, the Chickaloon officers would become hybrids, Anthony explained in an April 11 interview with the Watchman. They could arrest tribal members for violating tribal laws, and take them to tribal courts. They could also serve non-tribal areas, like Sutton or Glacier View, as state officers, if that’s what these communities wanted.

To address concerns that officers may not be adequately trained or held accountable, Anthony is pushing for a statewide tribal police certification system so that all tribal police are held to the same uniform standards in order to maintain their tribal certification. She’s also asking the Alaska Police Standards Council to oversee any officers who are ultimately granted state authority.

In addition to the hybrid officers, Anthony is putting together a plan that would establish a consolidated tribal court system to serve Alaska Native communities across the state in a more standardized prosecution of tribal crimes.

Anthony emphasizes that much of the plan is still a year off. Currently, the Chickaloon Justice Department has hired two sworn officers who are not yet fully commissioned, and still in training.

“This is still the beginning phase,” she told the Watchman.

Right now, Chickaloon officers are restricted to dealing with tribal misdemeanors committed by tribal members. Over the past winter, the Chickaloon officers also helped deal with accidents – especially during the winter wind storms – when State Troopers asked for an agency assist.

Chickaloon Village, located about 50 miles north of Palmer in the Mat-Su Valley, has had a checkered past when it comes to tribal law enforcement. Village officers have never enjoyed full state police powers, but the village has employed “peace” officers to provide elder visits, home checks, substance and domestic abuse education and other services for its Native residents.

Controversy arose in the past when tribal officers occasionally conducted unauthorized traffic stops or acted as law enforcement officers in ways not permitted by the state. Added to the mix is the fact that a previous Chickaloon justice director, Matthew Schwier, was mistakenly given a state certificate to work as a police officer in the area. He was later fired in 2017 after being charged with possession of child pornography.

There are also apprehensions over the way Chickaloon tribal leadership has publicly embraced some aspects of the controversial ideology pushed by Black Lives Matter and Critical Race Theory, namely, that white Americans are plagued by engrained systemic racism. Several Sutton-area community members have raised concerns on social media that this may influence policing priorities and the way the Chickaloon Justice Department deals with non-Natives.

Anthony’s presentation to the Sutton Community Council last year acknowledged historic mistakes and the fact that public trust issues remain. She said she was committed to ensuring that all Chickaloon officers are held to high standards going forward. If given state authority, the Chickaloon officers would be accountable to the Alaska Police Standards Council, an agency with authority to terminate an officer’s state certification if deemed necessary.

To assuage concerns about officer qualifications, Anthony said police under her department are undergoing all the same background checks, psychological exams, polygraphs and field training as other state officers, something Chickaloon did not historically require of its officers.

Chickaloon Village is nowhere near being able to offer non-tribal policing in Sutton or other non-tribal areas at this point, but Anthony foresees that as a possibility in the future, if the wider community is on board.

If Sutton and other communities agreed to the plan, Chickaloon officers would basically serve in the same capacity as Alaska State Troopers, dealing with assaults, weapons violations, theft, abuse, domestic violence, traffic violations and hazards, welfare checks and other disturbances and crimes. If Chickaloon is successful in getting the state to recognize its officers, they could perform arrests for state crimes, bring people to Mat-Su Pre-Trial and use the Palmer Police dispatch center.

Anthony said it would be critical for any non-tribal community to have significant buy-in and input when it comes to how Chickaloon officers serve those communities. This would entail formal agreements and monthly reports before local community councils.

“We want the community involved,” she said. “The last thing we want is division.”

Anthony added that these non-tribal communities would not have to pay for any police services offered by Chickaloon officers, because they are funded through generous federal grants.

“We’re not ready for that yet, but it could be something for the future,” she said.

The Sutton Community Council will hold a public meeting on April 16 to provide updates to the proposed Chickaloon policing plan. This is an opportunity for anyone to ask questions or raise concerns. The presentation begins at 11 a.m. in Sutton Elementary School. Attendees will include the Director of Chickaloon Tribal Police Donna Anthony, State Rep. George Rauscher and Sen. Mike Shower. Click here for more information.