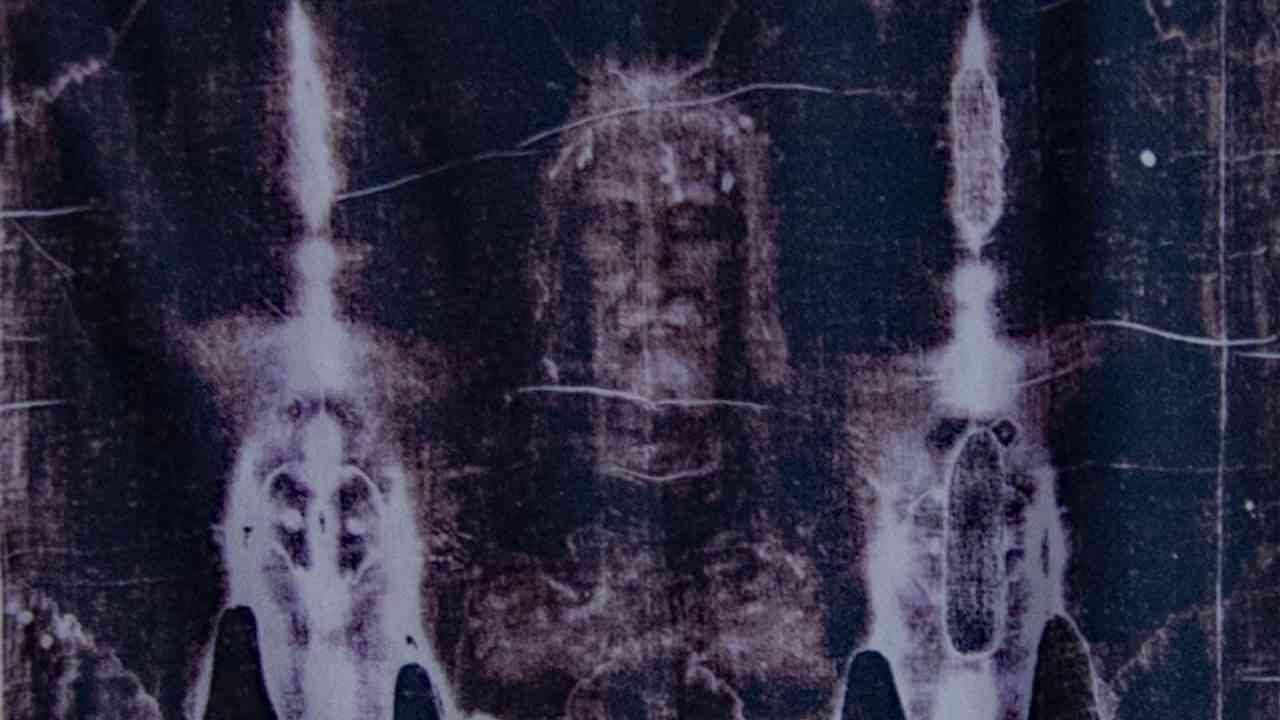 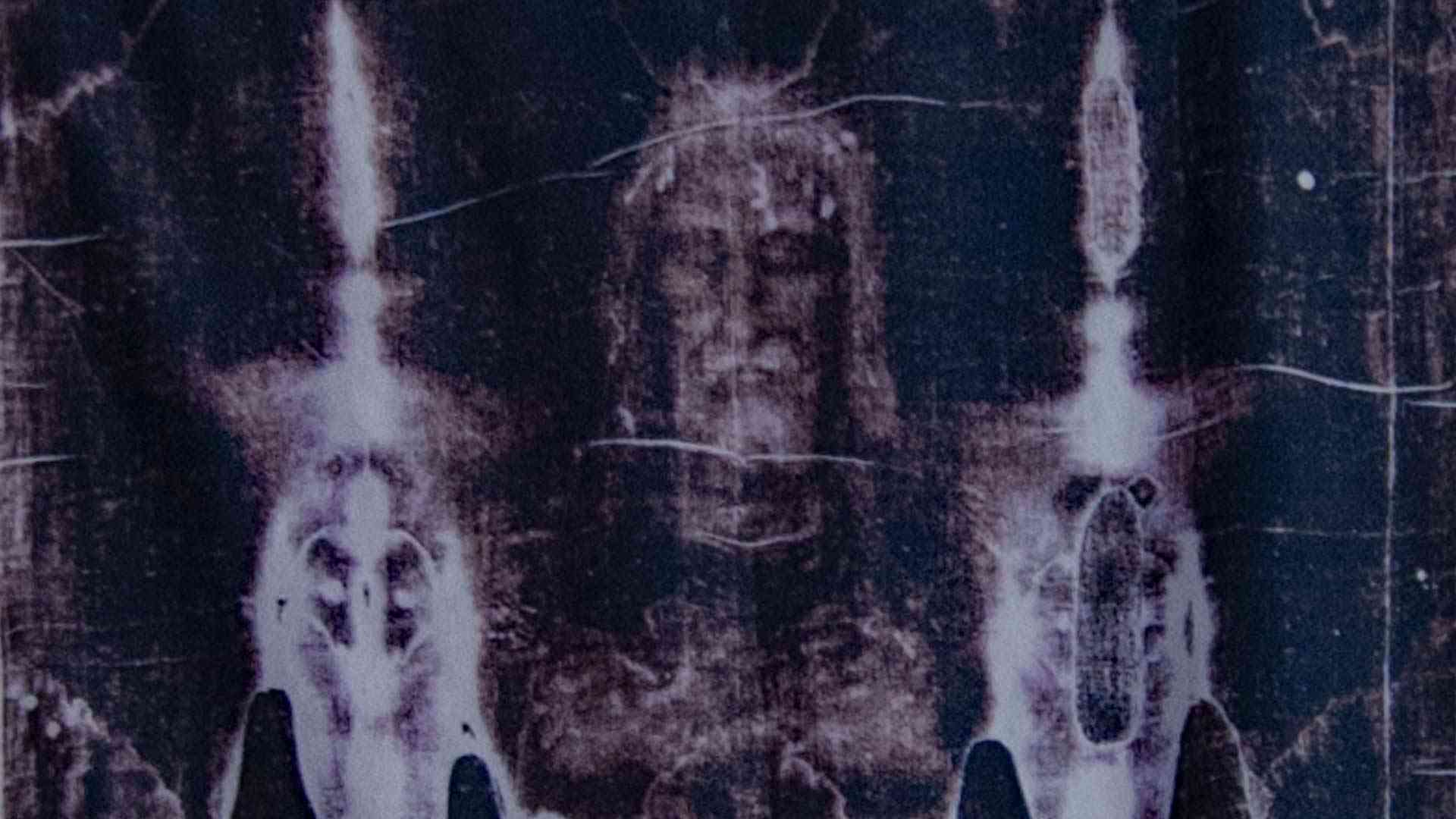 The last 200 years has seen the Age of Faith, whose erosion began with the Renaissance, devolve into the Age of Science, to the point where science has no longer become merely science, but a replacement religion. Currently, it is quite a demanding religion as well, requiring worship that crushes and cancels any who would deny its daily mountain-top wisdom, despite its many course corrections, inconsistencies and contradictions.

Who could possibly think that the two would find an embrace, a courtship and possibly even a … marriage? Hang on to your hats, for the One who is bringing about this reconciliation is none other than the sanctifier of marriage at Cana, Jesus.

This author has given many lectures with a life-sized replica of the Holy Shroud. Sometimes known as the Shroud of Turin, it has gone by many names in 2,000 years: the Image of Edessa, the Holy Mandylion and the Lirey Cloth. The Apostle Paul makes a fairly obvious reference to it in Galatians 3:1.

Shroud expert Barrie Schwortz will be the guest of Bob Bird on his radio show, now entitled The Talk of the Kenai, on Friday, May 6.

Every Easter, the secular press emerges with new findings that have emanated from both reliable and crank scientists which claim to either debunk the Shroud or elevate it to new heights of wonder and amazement. A quick online scan will demonstrate postings that have long since been discarded or accepted, and can leave the curious public hopelessly confused.

Science was forced to begin looking at the Shroud since 1898, when Italian photographer Secondo Pia’s sensational photographs, taken during a public display authorized by the Italian royal family of Savoy, showed that the cloth itself was a photographic negative. Pia nearly fainted when his dark room images slowly took shape. It revealed startling secrets that were long locked up in the cloth. By 1902, the agnostic and skeptic Yves Delages of the French Academy of Science was forced to conclude that, at the very least, the cloth contained the image of the “Historical Jesus.” This subjected him to scathing ridicule, especially when a letter was unearthed from 14th century Bishop Pierre D’Arcy, who had denounced the Shroud as a cleverly painted forgery, and said that he personally had obtained a confession by the artist.

Thus, science and history, two different disciplines, were brought into play, and not for the only time, concerning the Shroud.

Despite this, many books were written, speculating how the image was made, either through natural or man-made processes. Then subsequent research on the D’Arcy’s letter found several problems: it was unsigned; the French anti-pope Clement ordered him to be silent, even while public displays were to be permitted; and D’Arcy may have been confused if what he saw was not an intended forgery, but one of many copies that the medieval world created. These were not intended to fool the gullible, but merely to give them an idea of what the authentic relic looked like.

Then came 1931, when the Savoy family again publicly displayed the Shroud. A new photographer, Giuseppe Enrie, would take the pictures. An aging Secondo Pia was desperately worried that the negative manifestations might not reoccur, opening him up to charges of fraud. His fears were immediately abated as, once again and in greater clarity, the Shroud created a sensation. The French forensic expert Pierre Barbet later authored a detailed book, “A Doctor at Calvary,” easily understandable by the public, based upon Enrie’s photographs. One reviewer said, “You may begin reading this book sitting down, but will finish it on your knees.”

Swiss criminologist Max Frei, who obtained many convictions through the collection of pollen samples taken from the clothing of suspects, next wanted to try something. He was granted permission to take, with dime-store adhesive tape, pollen samples that might indicate the itinerary of the Shroud over its alleged wanderings in 2,000 years. Microscopic pollens often tell a story that creates a conviction, and thus Frei found himself becoming a botanist as well. His results concluded that the Shroud had been in Israel, Asia Minor, Greece, France and Italy.

Finally, rocket science wanted a crack at the Shroud. John Jackson, Professor of Physics at the Air Force Academy, along with his colleague Eric Jumper, used their impeccable scientific credentials to assemble a team to perform non-invasive research on the Shroud. The Shroud of Turin Research Project [STURP] was conceived. The obstacles were huge: assembling a team, which they intentionally wanted to include men of non-religious and non-Christian backgrounds. Next, they had to submit a detailed explanation to the Shroud’s Turin curator, then receive the green light from the now-exiled Italian king.

It all came together in the autumn of 1978, when the Shroud would be open for viewing to millions of pilgrims. The team of 33 reads like a who’s who of cutting-edge technology: IBM, Los Alamos National Scientific Laboratory, Lockheed Corp., Air Force Academy, Jet Propulsion Laboratory, the Brooks Institute.

Included was Barrie Schwortz, a Jewish photographer who had done classified work for the US government, and would later become the greatest overall expert on the Shroud.

Schwortz will be the guest of Bob Bird on his radio show, now entitled The Talk of the Kenai, for about the fourth time. Friendly, humorous and utterly practiced as a highly sought Shroud lecturer, Schwortz will discuss the newest discoveries that came out in the last month concerning the Shroud. Listen on Friday, May 6 at KSRM Radio 920 AM or online at www.radiokenai.com. Schwortz’s part of the program will begin at 3:35 p.m. and continue for 90 minutes. The program will be available on a Podcast for a week.