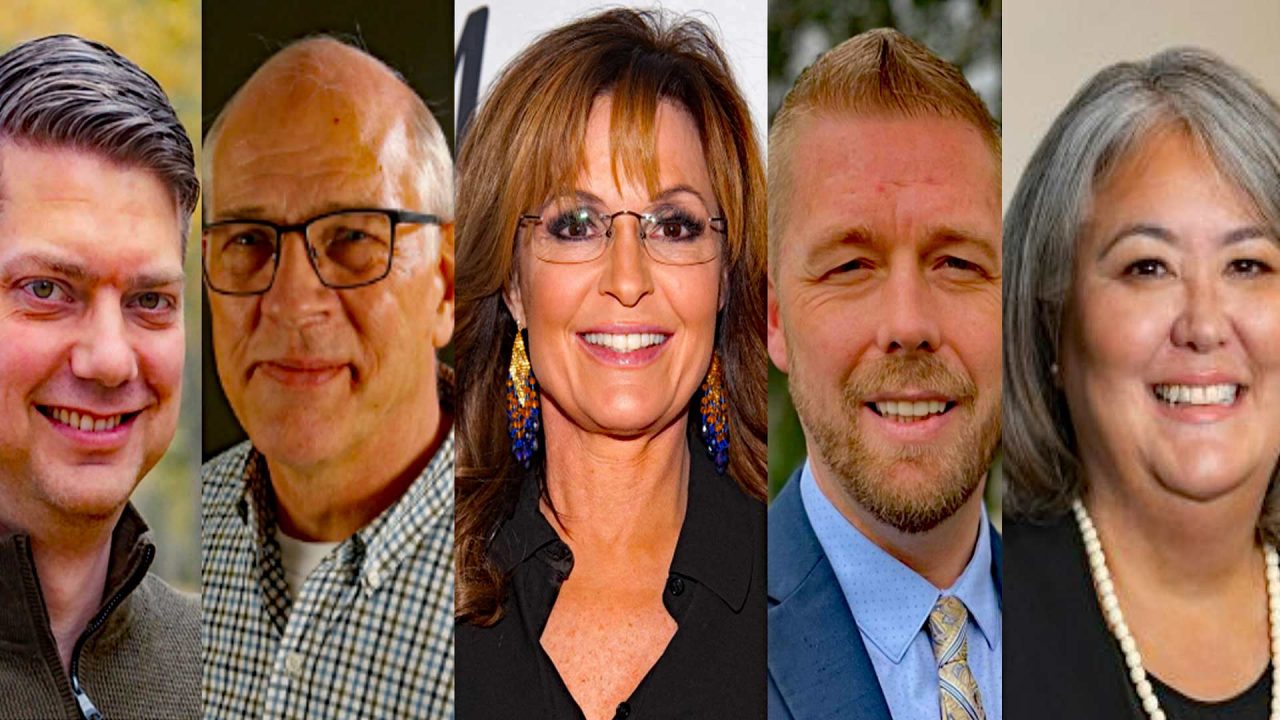 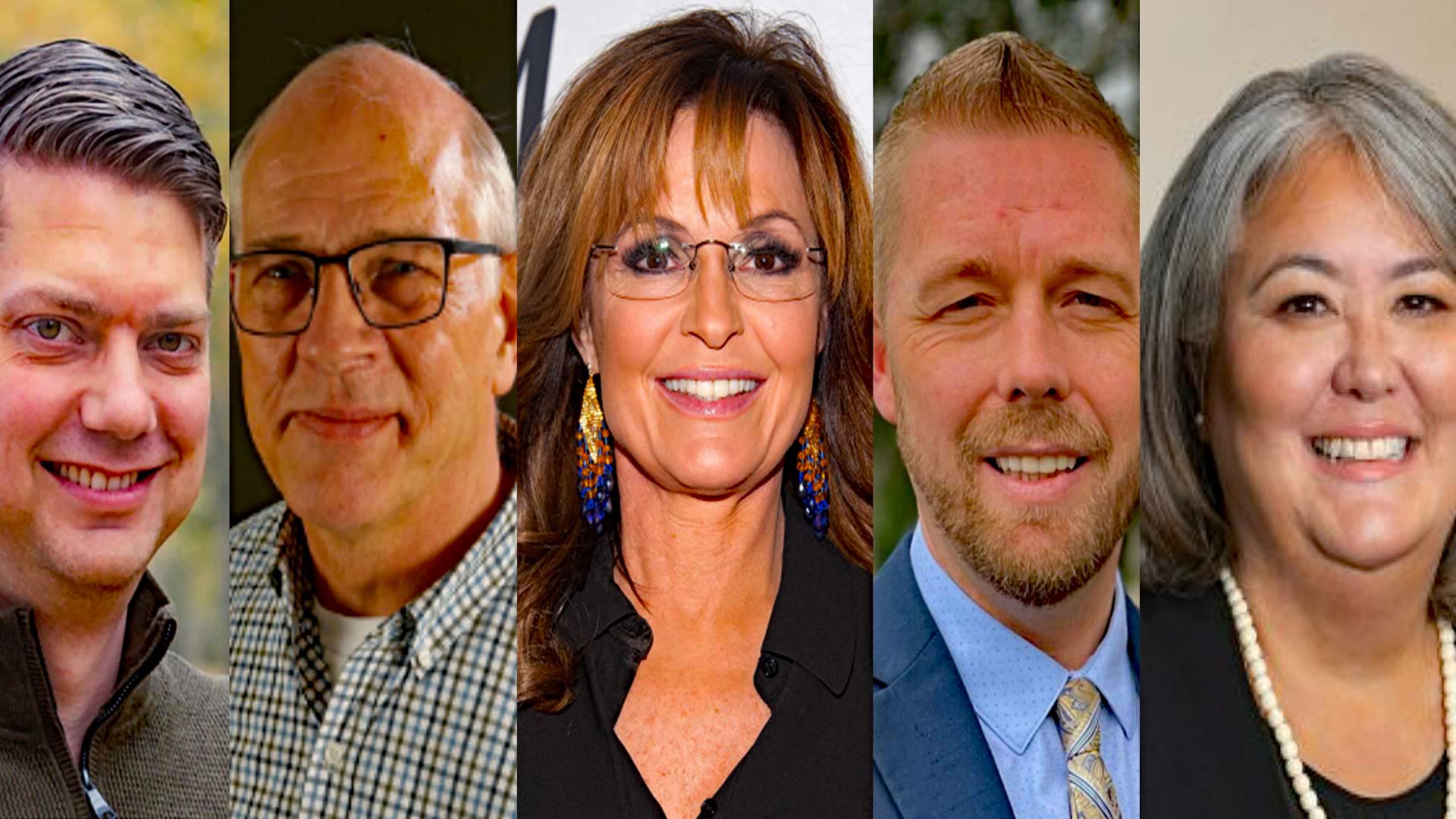 June 11 is the final voting day for the ranked choice special primary to replace the late Congressman Don Young in the U.S. House or Representatives.  Alaska is a poor match for Democrats (against oil, against mining, against roads, against timber, against freeing the talented Alaska Natives to create industries for Alaska).  Therefore, I suspect Alaska will have a Republican replace the Republican Don Young.

Big business, big tech, big hospital, and big pharma are firmly in the Democrat cabal, so Republicans will need to convince one group at a time to support a strong America and strong families – and they’ll need to marshal a liberty minded populace to vote for them.  I think there is a definite contingent (an operational majority) of center-right folks who see the current disaster in our schools, media, culture and economy as mainly the fault of Democrats.

If you are wondering what I think of the candidates, I’ll tell you.  But only since you asked.

Sarah Palin is someone I consider a friend.  I helped her campaign for 800 hours for governor, was her education lead, ran her war room and helped to write her inaugural speech in Fairbanks.  She is a wonderful person, and I believed in her even after it was proven that she was more of a mothering influence than a conservative one. I don’t think she is reflexively liberal in any way, but I still think she works her way to conservative values through experience, and as a last resort. She is pro-life, and someone to be emulated in that regard.

John Coghill is a traditional conservative who has done an average job in leading the conservative fight.  He’s a good man, a solid person to ask advice from, and someone who I would trust with my family safety and guidance in the worst of times.

Tara Sweeney is a fairly translucent populist with strong left leanings.  She is Republican only in the sense that she worked for Don Young, and believes in some way that Alaska will be harmed by Democrat control of the state at the federal level.  Her answer as to whether we should protect women sports from those who believe themselves transgendered was the standard leftist position.  I would never vote for her, as I don’t trust her to resist organizing with the Democrats, but she is interesting in her understanding of the threat they pose.

Nicholas J. Begich III is a surprise in the most shocking of ways.  His story is almost unbelievable. His mental acuity is palpable. His tie to strong conservative values is his hallmark.  Every major conservative is backing him.  It is not because they are confused.  His sin was to back Ethan Berkowitz over Amy Demboski for Anchorage mayor.  My explanation of this, in the face of his obvious conservative positions on every major issue, is a simple one, and I’m sure it won’t assuage many of my friends.  The mayor of Anchorage is an executive position.  The executive must govern with the help of a broad and powerful team of executive folks.  I believe that Nick didn’t trust Amy’s abilities, or her team.  I just can’t understand what else would have led him to vote for Berkowitz.  Nick is conservative. He’s smart, pro-life, a clear thinker, and he is backed by conservative after conservative (even those who supported Demboski).

Josh Revak is perhaps the most confusing of candidates for me.  I have met Josh dozens of times.  He has sat in the Republican District meetings with me. I have questioned him closely and challenged him to be at least as conservative as the liberals are liberal.  In the end, that is the measure of a legislator, is it not? I believe Josh is overwhelmed by the powers that control a House member’s purse – the number of organizations that rely on government largesse for support and the robber-barons who interact with our federal government on a daily basis. Why vote for public funding of abortion? Why! I don’t understand it. What could have caused such a dramatic change in perspective, direction and belief other than being overwhelmed?

So, the big reveal. OK, it is probably obvious, but I think Nick Begich is the most conservative, smartest, and best equipped person to be our Representative.  I believe Sarah has a big enough personality to resist Washington in its most seedy elements.  I believe that John Coghill will not take much convincing to do the right things.  I believe Tara’s heart is with the Left, and I don’t know what to make of Josh, though his upbringing, much of his voting record, and many of his public statements align with the person I want to represent me in DC.

That’s my take on our current slate of well-known Republicans running for Congress to represent the great State of Alaska.

Please vote, or accept the bondage your worst choice has selected for you.