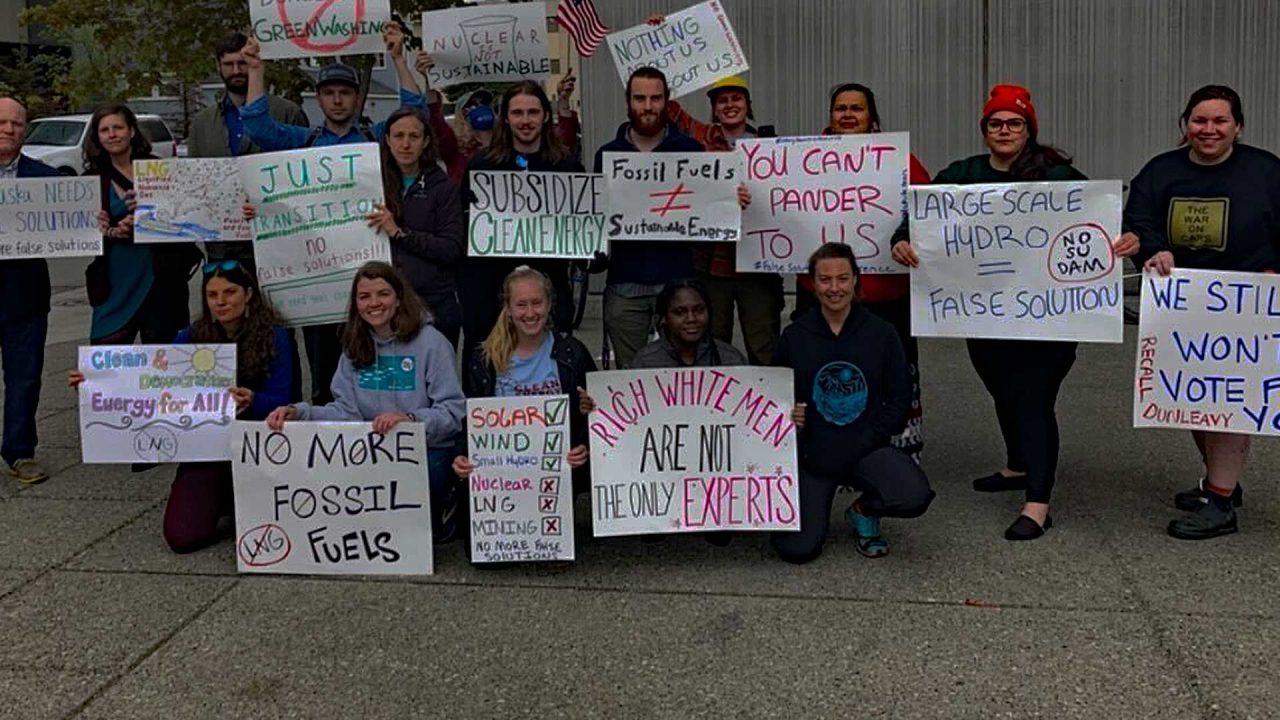 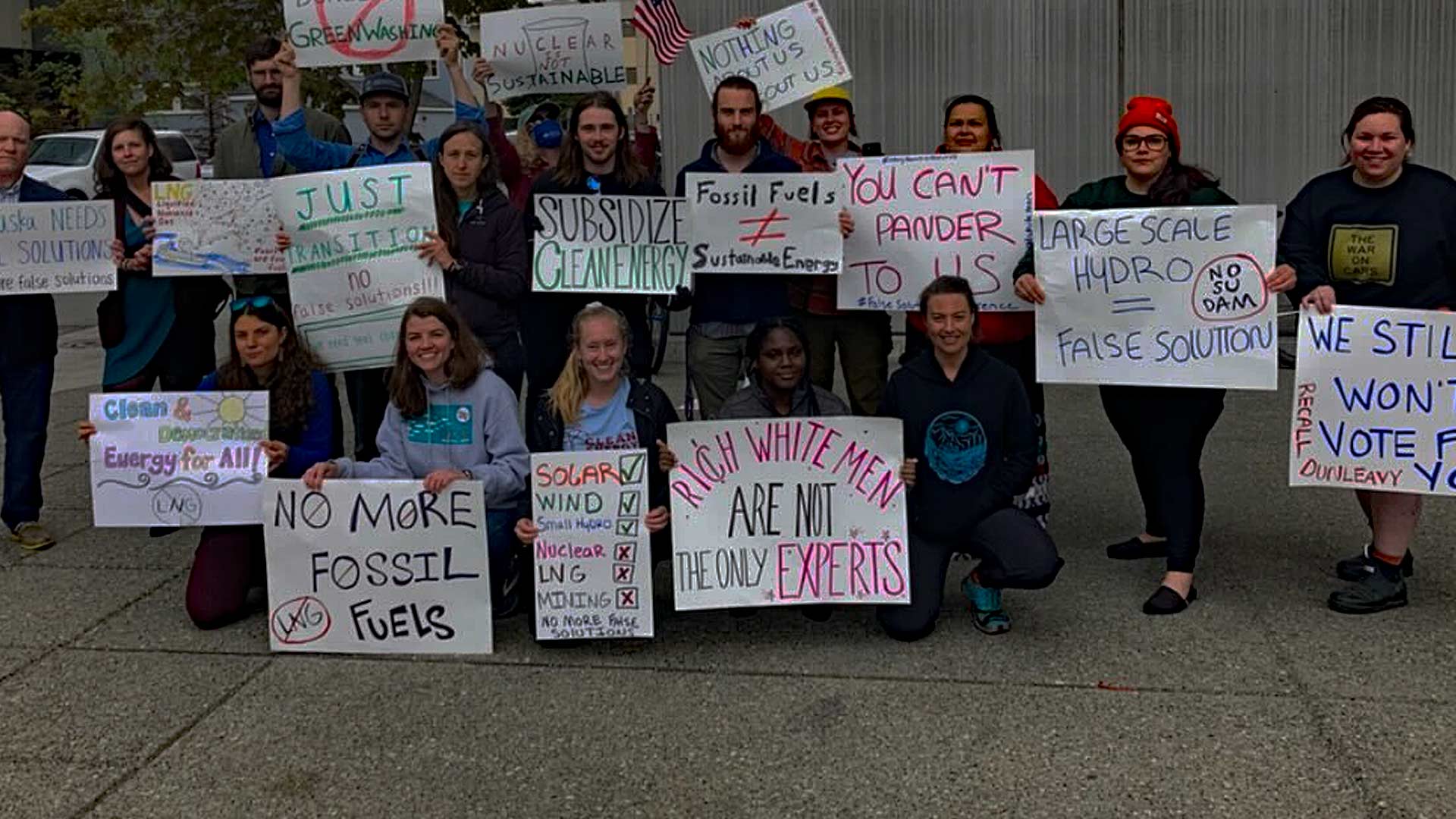 A prominent and increasingly influential group of radical pro-abortion climate activists in Alaska are lavishing praise and taking credit for the June 27 decision by the Golden Valley Electric Association Board (GVEA) to decommission Alaska’s largest coal-fired powerplant – Healy 2 – by the end of 2024, and to pour millions into investing in unproven wind and battery projects.

The GVEA Board of Directors held a special meeting to adopt the new plan which includes $26 million to install new emission controls on a smaller coal powerplant, while shuttering the larger one.

Incorporated in 1946, GVEA formed when a group of locals established a non-profit cooperative to bring reasonably priced electricity to rural parts of Interior Alaska. Today, the cooperative operates 35 substations and nine generating facilities to serve nearly 100,000 residents in Fairbanks and Interior regions.

It is expected that the retirement of the state’s largest coal-fired powerplant will take at least 30 months, but it is unclear exactly how that decision will impact employees or overall energy costs in the region. Golden Valley, which is one of the largest employers in the area, said it is “developing an implementation plan” to address options for employees. This includes “skill building and transitional services.”

The planned closure of the Healy 2 powerplant will end a decades-long struggle to keep it operational. Construction concluded in 1997 at a cost of $282 million. But the plant sat dormant for 15 years due to operational delays and difficulties meeting burdensome Obama-era Environmental Protection Agency regulations. Since 2012, more than $100 million has been spent to upgrade the plant and deal with EPA mandates. The plant came back online in 2015 but experienced a fire in 2016, which shut down operations until 2018. Since then, it has provided clean burning coal energy with occasional shutdowns for repairs and maintenance.

It’s uncertain how the closure of Healy 2 will affect the family-owned Usibelli Coal Mine, which employs more than 100 Alaskans in extracting coal for Golden Valley and several other power plants in the Interior.

“We understand that Healy 2 is a unique situation for Golden Valley, and that it has not operated as efficiently as they had planned,” she said, adding that Golden Valley is “a very important customer.”

“We would like to sell more coal not less,” she said. “We want to keep our people employed as well.”

According to a 2020 report by Usibelli, 43% of the Golden Valley’s electricity generation comes from coal, which is the primary source of low cost energy for area residents.

News of the plant’s pending closure was enthusiastically welcomed by a radical left-wing social activist group, the Fairbanks Climate Action Coalition (FCAC), which took credit for the decision, saying it was the result of more than five years of targeted activism.

“With the decision to shut down the state’s largest coal plant, we can directly see how community organizing works,” Fairbanks Climate Action Coalition stated in a June 28 notice to supporters. “This win is proof that our community can show up and make change that we are in dire need of.”

Formed in November 2015, FCAC whole heartedly ascribes to the notion that man-made climate change is destroying the earth, and that the main culprit is human dependence on fossil fuels. They are also a staunch defender of abortion. The FCAC’s website describes itself as a “growing group of concerned citizens motivated by the moral, spiritual, and scientific duty to take action” for “the earth, and all living beings.”

FCAC claims that pro-life efforts to protect unborn babies from abortion have been substantially underwritten by the fossil fuel industry.

In praising the decision to shutter Alaska’s largest coal plant, the FCAC simultaneously lamented the U.S. Supreme Court’s decision to overturn Roe v. Wade, the 1973 ruling that legalized abortion across the country and led to the killing of more than 63 million unborn babies.

“This week has been full of extremes, from the official decision to overturn abortion to air quality,” FCAC stated in an email to supporters. “These moments are inextricably tied together, and with all transitions, there are wins among these profound losses. As the climate emergency deepens with another historic fire season fueled by climate change, the recent overturn of Roe v. Wade has erased nearly 50 years of the constitutionally protected right to abortion given to generations of people who can get pregnant.”

FCAC claims that pro-life efforts to protect unborn babies from abortion have been substantially underwritten by the fossil fuel industry.

The group’s website states that moving away from fossil fuels will help expand and strengthen leftist goals like widening abortion access, fighting colonialism and addressing systemic inequities across Alaska.

The June 28 FCAC notice ends with a call to help fund groups that provide financial assistance, travel and lodging for women seeking abortion.

While FCAC climate activists are celebrating the cooperative’s move away from fossil fuels, FCAC’s Energy Justice Organizer Kenzley Defler noted that much deeper actions are needed in the future, including the “retiring of all existing coal plants” in Alaska. Kefler also wants to harness Golden Valley’s influence to push radical notions of “social equity” and leftist structural changes across the state.

“This win was only possible through the combined efforts of all of us doing our parts over the past several years to push for action – whether through advocacy, commenting at meetings, electing strong candidates, and even those working on the inside of GVEA,” Defler boasted.

Over the next 10 to 30 years FCAC aims to push Golden Valley to shift to 100% alternative energy, in accord with the 2050 goals of the United Nation’s Intergovernmental Panel on Climate Change.