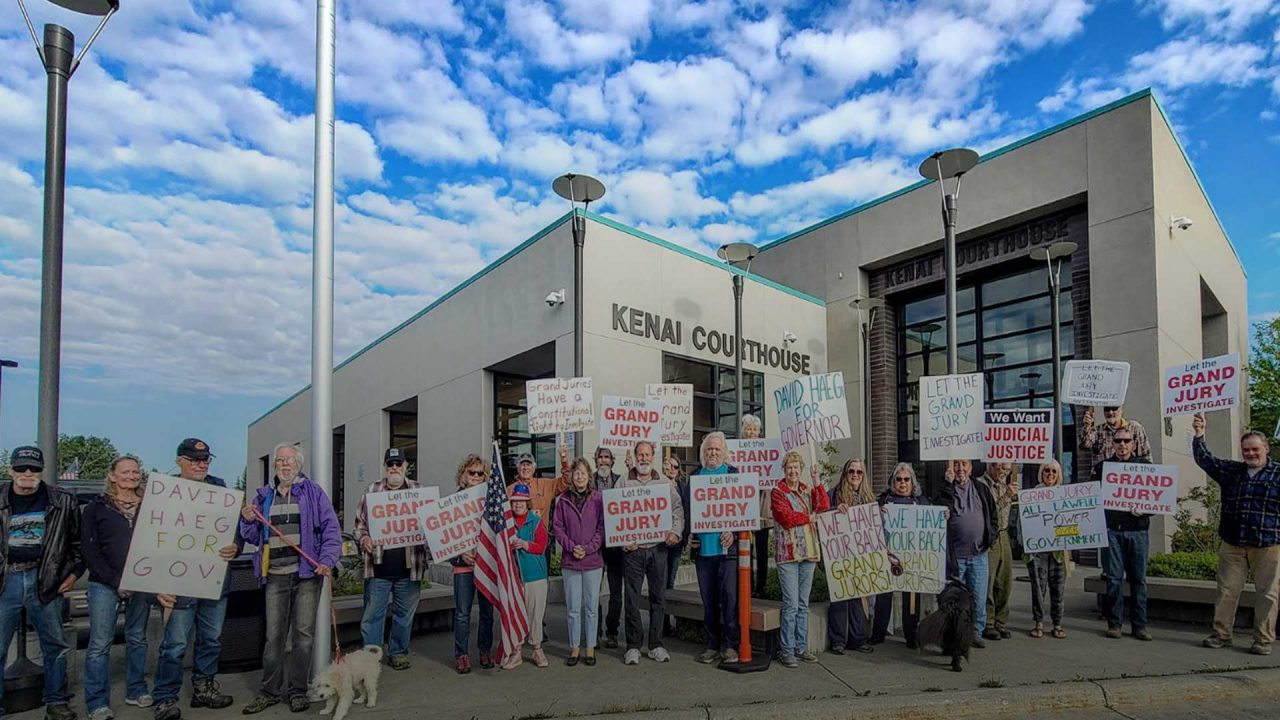 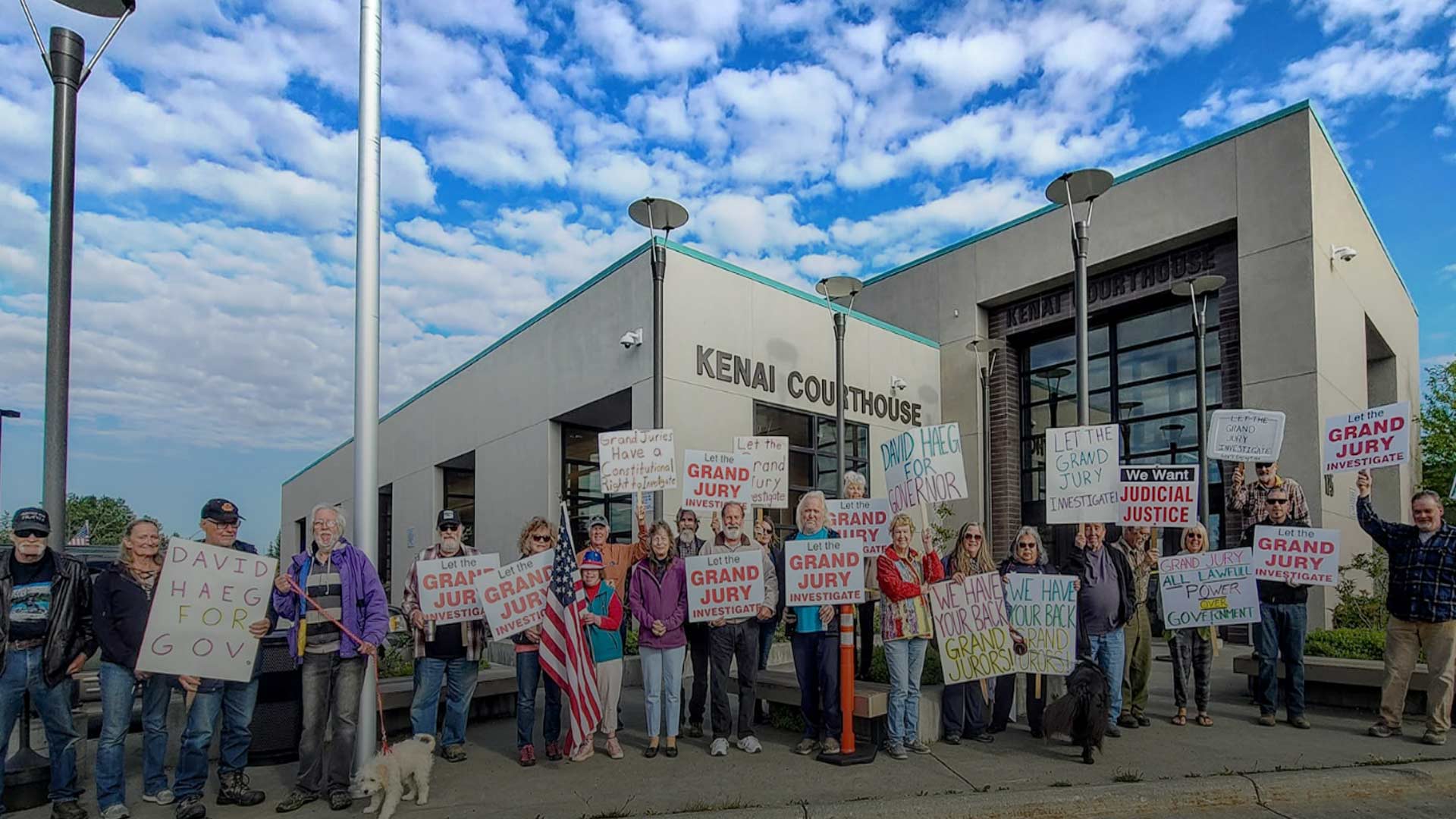 After months of citizen-led, grassroots protests outside the Kenai Courthouse, a state grand jury is now investigating allegations of longstanding corruption within Alaska’s judicial system.

Alaska Attorney General Treg Taylor has recently convened a Kenai grand jury, which has already heard hours of evidence alleging that there has been decades of coverup to protect corrupt and compromised judges.

To maintain the momentum, concerned citizens are now manning a booth at the Soldotna Wednesday Market (Soldotna Creek Park) to hand out flyers and wave signs. The Market goes runs until the end of August, and judicial reform advocates associated with a group called Alaska Grand Jury Rights will be spearheading the educational effort on the 17th, 24th and 31st of August.

Greenstein is the longtime executive director of the Alaska Commission on Judicial Conduct, which oversees the conduct of justices of the Alaska Supreme Court, judges of the state court of appeals, state superior court judges, and state district court judges.

“Prior to witnesses being sworn or evidence presented, Judge Wells ordered the grand jury to stop investigating and permanently dismissed the grand jurors from duty,” the complaint states. “Jurors never got to see or hear anything; not even direct evidence that the only investigator of Alaska’s judges for the last 30 years and counting (Marla Greenstein) is falsifying official investigations to keep corrupt judges on the bench – and then falsifying certified documents to cover up.”

Haeg’s complaint warned that failure to allow the grand jury to conduct the investigations would result in a sit-in at the Kenai Courthouse, where scores of protesters have already been assembling every Wednesday outside the building.

The issue has gained increased traction across the Kenai Peninsula. Earlier this year, the Kenai Borough Assembly unanimously passed a resolution, protesting the unconstitutional suspension of grand jury investigations for the past three decades. The Homer City Council, Nikiski Community Council and Funny River Community Association have passed similar resolutions, and State Rep. Ben Carpenter (R-Nikiski) has been publicly outspoken on the issue.

Those who wish to participate in the upcoming events at the Soldotna Wednesday Market can contact Haeg at 907-398-6403 or haeg@alaska.net. Attendees will be waving signs from 4-6 p.m. each day when the market is most busy.