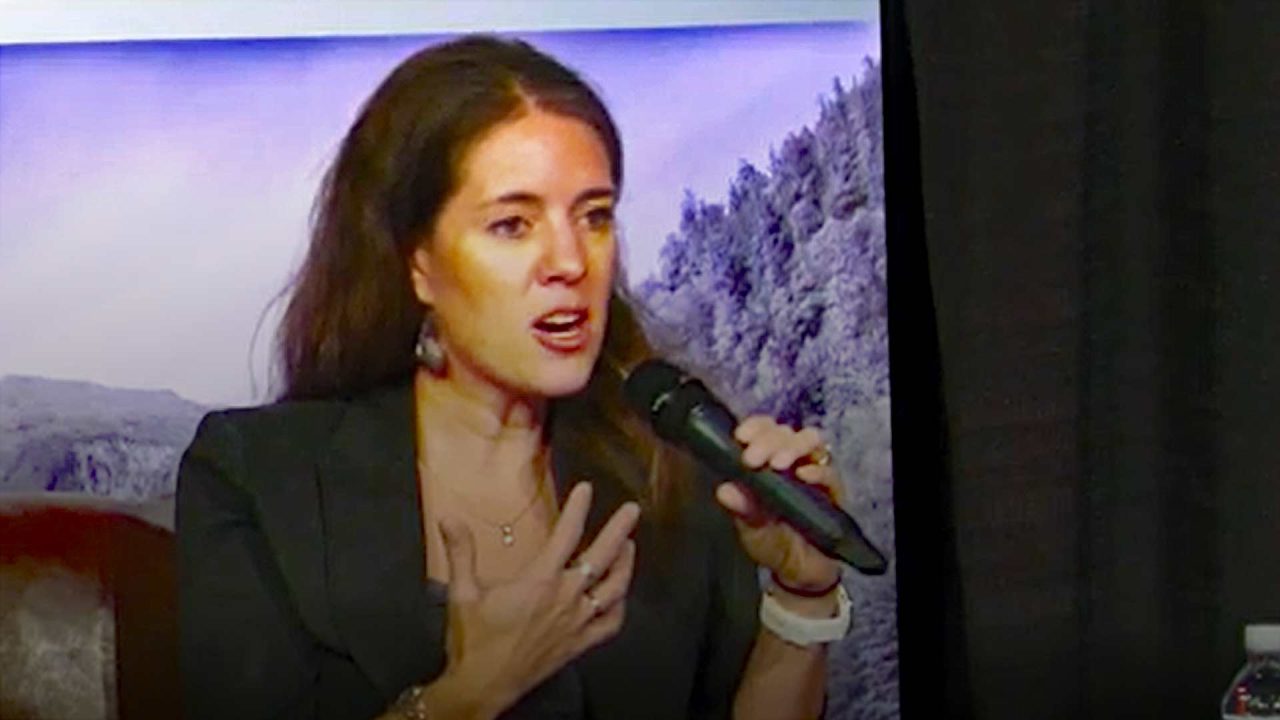 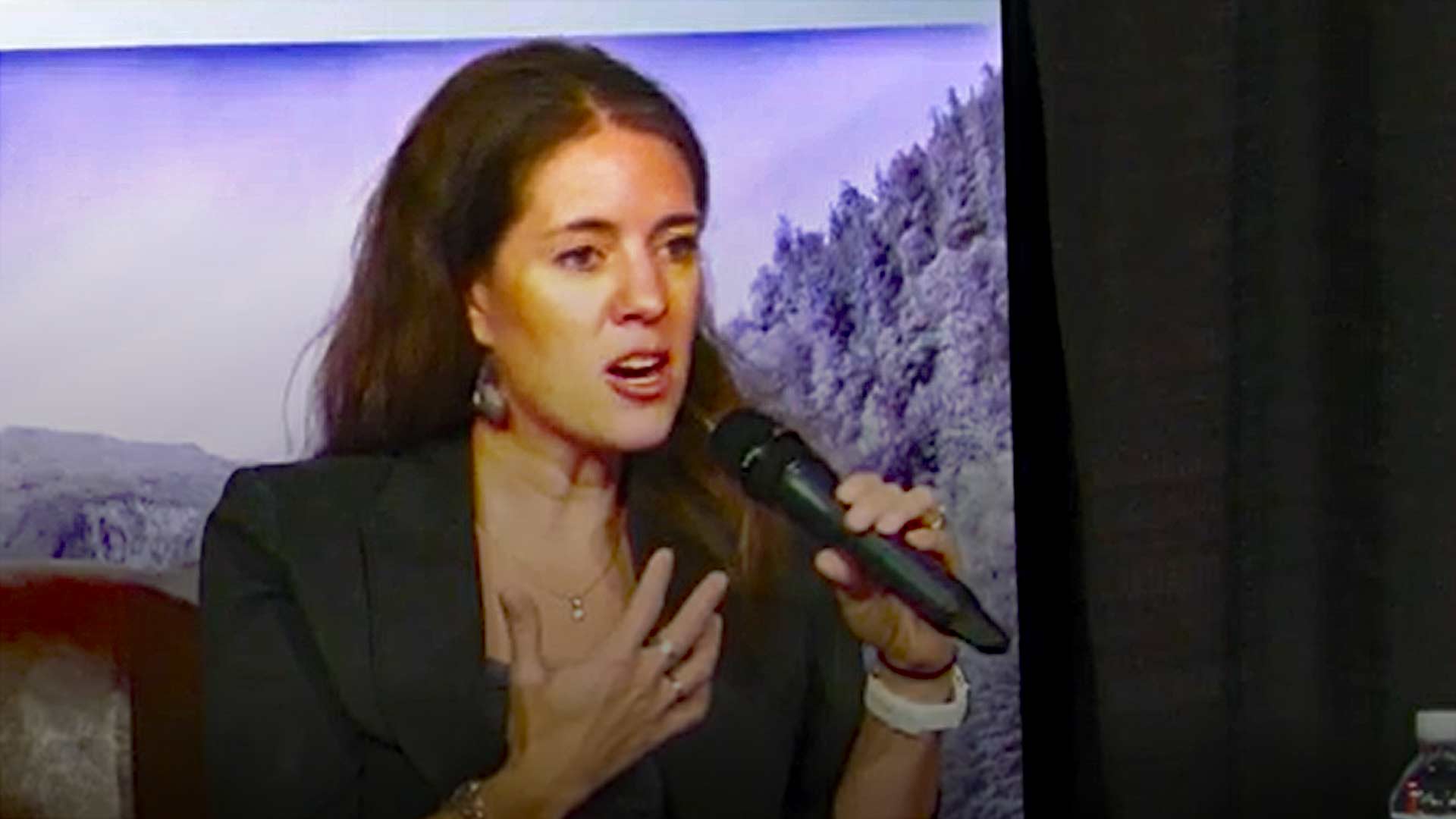 Dr. Anne Zink is a formidable and controversial player when it comes to directing public healthcare policy both in Alaska and across the nation. As Alaska’s chief medical officer, she has enthusiastically and relentlessly pushed pro-Covid jab messaging. Now, as the new leader of a powerful left-leaning public policy organization, she is poised to step onto the national stage as a leading advocate for massive expansion of government health surveillance and crackdown on so-called “misinformation.”

Appointed in 2019 by Gov. Mike Dunleavy to advise him on how to create and implement health policy across Alaska, Zink quickly became a polarizing public figure for her largely uncritical support of experimental Covid shots, the downplaying of natural immunity and a refusal to publicly acknowledge the benefits of early treatment methods like ivermectin and hydroxychloroquine.

Last month she assumed the presidency of the Association of State & Territorial Health Officials (ASTHO), an influential and well-funded organization that represents public health agencies throughout the nation, along with more than 100,000 public health professionals.

On Oct. 13, Zink was a featured speaker at the Alaska State of Reform Health Policy Conference where she articulated what she sees as ongoing problems, health priorities and her future plans for Alaska and the nation.

Zink spoke repeatedly of working “upstream” to eliminate or mitigate health challenges before they cause too much damage. This work entails vastly expanding the technological capacity to share health data between governmental and private health agencies. Zink called this “braiding together” public health and health care.

The focus on health data sharing is also a top national priority of Zink’s ASTHO organization.

According to the ASTHO website, “public health data and surveillance systems” need to be transformed and upgraded so that data sharing can occur more easily across federal, state, local and tribal organizations. ASTHO estimates the CDC needs about $1 billion to carry out this plan.

ASTHO’s website maintains that Covid has demonstrated a need for more “complete surveillance data, analysis, and seamless data exchange” to improve public health and allow policy makers and officials to “more accurately gauge and respond to health threats.” This includes more comprehensive data about the race, ethnicity, symptom status and health outcomes of individuals who come down with various diseases, ASTHO maintains.

Speaking broadly about organizations that fail to get on board with national health strategies, Zink said there should be consequences.

The challenge is getting private health practitioners on board.

ASTHO’s website highlights smartphone tracking technology as one example of how to expand surveillance of Americans. These Covid exposure apps were built for the joint Apple/Google platforms. The ASTHO website says such partnerships can yield “huge advancements for the nation’s health.”

In her Oct. 13 keynote, Zink said she’d like to get to the point where people could simply look up a region of the country and see specific health related data for that area. Zink said it would be nice to be able to search for a town and know exactly what the respiratory illness situation is before you arrive.

To create that level of surveillance, however, requires massive systemwide buy-in.

Speaking broadly about organizations that fail to get on board with national health strategies, Zink said there should be consequences.

“I think we, now, need to say, ‘It’s not okay to get CMS (Medicare/Medicaid) dollars if you don’t do basic public health measures that keep us all safe,’” she argued. “I hope that we as a country can get to that place.”

At several points in her talk, Zink lamented the erosion of public trust in health officials. She said this experience has been “traumatic.”

When asked about how to restore this lost faith, Zink again pointed to data collection and communication. In particular, she said health officials need more comprehensive and “useful” data.

She said a personal “learning moment” came during the Delta wave. At that point, she said people already knew all about Covid, and many didn’t really trust public health advice.

These misgivings came, in part, from health officials overstating the efficacy of Covid shots, Zink acknowledged. When breakthrough cases occurred, this eroded trust, she said.

At one point, Zink admitted that public health officials were making decisions without data to back them up.

Rather than speaking with certainty about vaccines, Zink suggested that public health officials take a different approach in the future, namely, by mastering the art of speaking “uncertainly.”

She said she has learned “just how dichotomized the human mind is.”

“It’s just so much easier to think in black and white,” she said. “But the reality is that life is a series of grays.”

That said, Zink expressed frustration with trying to impose public policies based off uncertainties.

At one point, Zink admitted that public health officials were making decisions without data to back them up.

Murthy also suggested a “whole-of-society effort” to train Americans how to identify and oppose misinformation. This includes training journalists, librarians and others, he said.

“You know, we’d say, ‘We’ve got to make a decision about this with or without you – like with or without the data – and that, I think, is one of my biggest regrets with the way that the pandemic really played out,” she said. “And I think it’s true in every state. Policy makers were left to make decisions without the data and science people behind them, because they were so stuck in the uncertainties – because there was so much uncertainty and policy makers had to move so fast. And so, I think we need to make it so our science and data people can move faster – and in real time – to give information, and we need to do better as communicators and policy makers to express the uncertainty to be able to close that gap.”

While admitting that she and other health officials often made decisions and recommendations based off limited data and “uncertainties,” Zink criticized those who cautioned people against getting the experimental Covid shots.

Without going into detail, Zink said so-called Covid “misinformation” was particularly troubling. She said, “patients choosing to not get vaccinated because of misinformation,” is a systemwide failure that needs to be addressed.

Zink’s concern over “misinformation,” (a term often used to describe positions that question or challenged the changing recommendations from the CDC or Dr. Anthony Fauci) is also shared by her larger organization, as a whole.

Last year ASTHO’s Chief Executive Officer Michael Fraser issued a strong statement in support of a highly controversial advisory issued by U.S. Surgeon General Vivek Murthy detailing how public and private entities can partner to crack down on what the government deems “misinformation.”

Murthy also suggested a “whole-of-society effort” to train Americans how to identify and oppose misinformation. This includes training journalists, librarians and others, he said.

In fighting misinformation sources, Murthy said America must tackle “difficult questions, including appropriate legal and regulatory measures that address health misinformation.” He called for detection of “misinformation super spreaders” and “repeat offenders,” with the imposition of “clear consequences.”

“Misinformation is an existential threat and the fight against it must be a national priority,” ASTHO’s Chief Executive Fraser said last year. “For example, the surgeon general noted that misinformation caused confusion and led people to decline COVID-19 vaccines; reject public health measures such as masking and physical distancing; use unproven treatments; and harass public health workers, health professionals, airline staff, and other frontline workers tasked with communicating evolving public health measures.”

IS THE PANDEMIC OVER?

Zink’s keynote address ended with a question about the state of the pandemic.

When asked if she thought it was over, the unmasked Zink said getting Covid today is “really different than getting Covid in 2020, because the risk of it is very different. Hospitals know how to treat it much better. We’ve got treatment options.”

She added that vaccination and naturally acquired immunity have also provided significant protection despite the fact that the virus is still highly contagious and very efficient at transmitting from person to person.