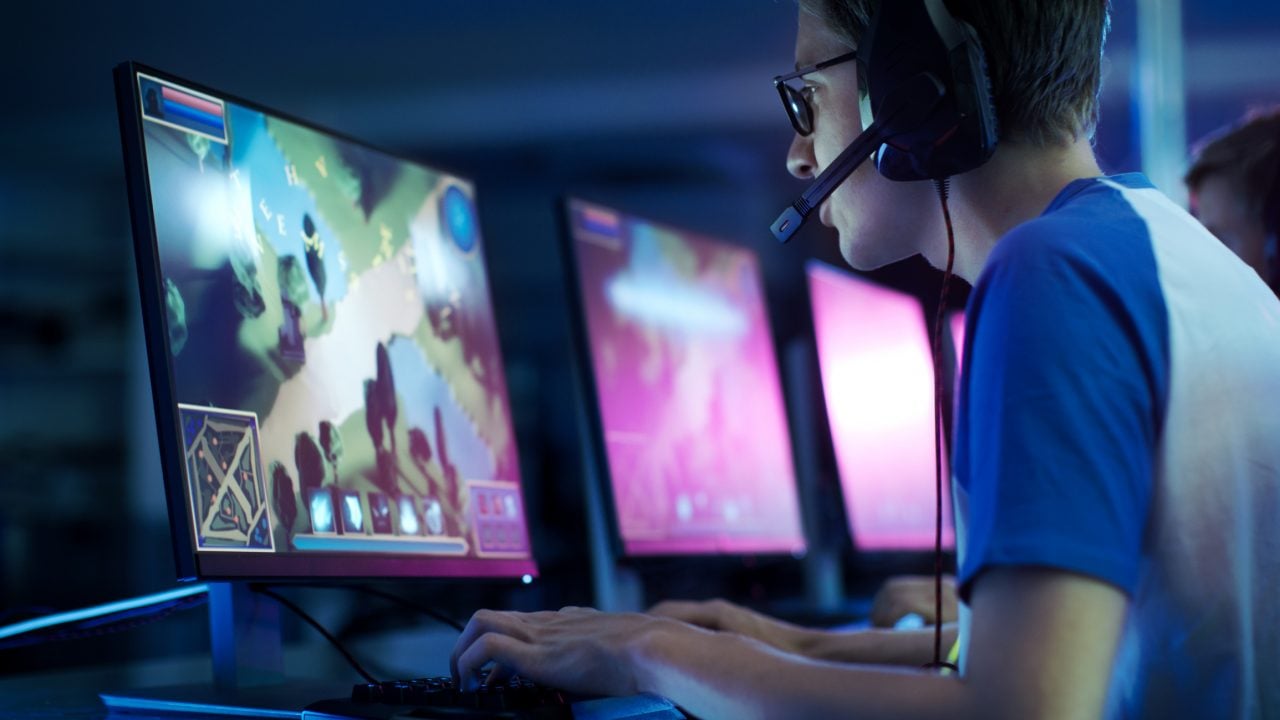 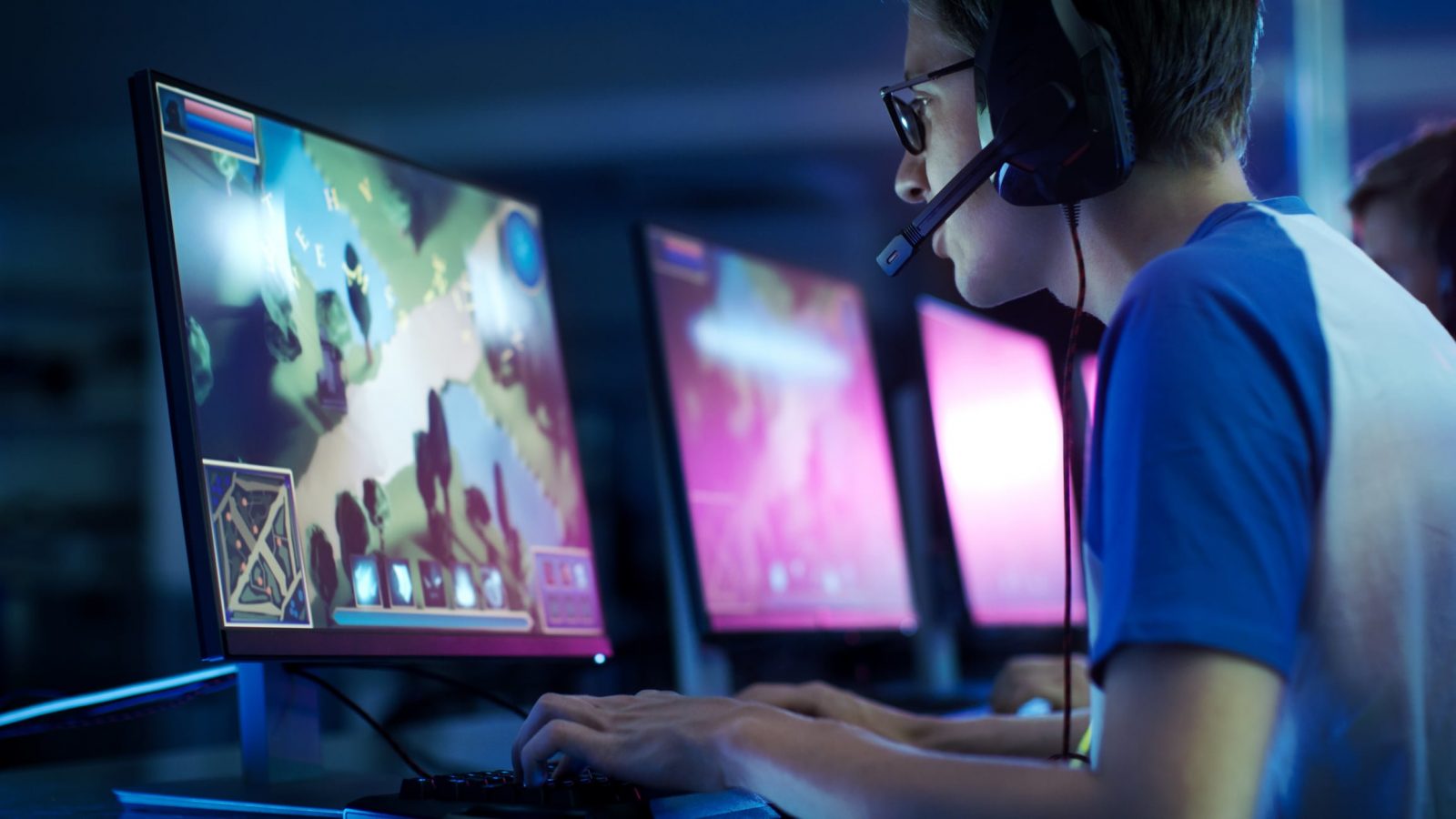 Despite growing concern over childhood obesity and the excessive time youth engage with digital devices, Alaska educators are encouraging teens to spend even more hours on violent and sexually suggestive video games through organized, multiplayer competitions.

While the World Health Association (WHO) listed video game addiction among the International Classification of Diseases, a number of Alaska high schools have embraced the world of electronic “sports” in which teams of players train, practice and compete in video game tournaments.

The games approved for use by the Alaska School Activities Association include League of Legends and Smite, both games that depict female characters in scantily clad attire and sexually suggestive poses. These characters exhibit stereotypical qualities such as overly-enlarged breasts, impossibly small wastes and skin tight costumes. In some cases the characters are shown straddling their enemies or appearing to seduce and entice them. Male characters are typically depicted as warriors with bulging muscles and massive weapons.

“–in some cases female characters are shown straddling their enemies or appearing to seduce and entice them.”

These two games, along with Rocket League, are part of the trio of games employed by Play VS. Launched in 2017, the company runs a national high school esports league with championship tournaments in all 50 states. Alaska, the second state to join, held its first video game season in 2018.

This fall Alaska students will participate in a season that runs nearly four months — from Sept. 30 until January 2019. Last year participating school districts included Mat-Su, Anchorage and Yukon-Koyukuk. Others are expected to join.

According to Common Sense Media, which rates movies, television and video games for parents, League of Legends is a “team-based ‘blood sport’ wherein killing is the goal. It states that “the game’s characters all are violent, bloodthirsty fighters with few redeeming qualities.”

The website warns parents that several female characters have “revealing outfits,” and that character dialogue can be racy, including exchanges such as: “Is that a rocket in your pocket?”; “Sorry boys, I left the fuzzy cuffs at home”; and “For $2.95 a minute, I will leave you breathless.” Common Sense Media cautions that one character has “drunken rage” ability, which is “used to reduce inflicted damage.” Other characters smoke pipes and cigarettes.

Another parental guide website, gameskinny.com, notes that League of Legends female characters’ wear sexually suggestive costumes including “low-cut necklines and bare torsos.” It advises parents, “to have a conversation about unrealistic body standards with your child.”

A parent comment on commonsensemedia.com urges parents to monitor how much their children play League of Legends.

“Before you realize it they are so addicted that asking them to get out of a game sends them into a rage,” the parent writes. “They sneak in their playtime even playing in the middle of the night. My son maintained his good grades but slowly became combative, depressed and completely addicted to this game to the point that it affected our whole family.”

In 2018 the World Health Organization (WHO) classified video gaming disorder as a behavior characterized by “impaired control over gaming” to the point where it “takes precedence over other interests and daily activities” even escalating “despite the occurrence of negative consequences.”

The decision to list video gaming as a disorder is part of “planning public health strategies and monitoring trends of disorders,” the WHO website states. It says that treatment programs for video gaming disorders are already underway in many parts of the world.

A new national study by Pew Research found that 90 percent of teens, 13-17 years old, say they play video games on a computer, game console or cellphone. A quarter of these youth believe they spend “too much time playing video games” with more than 40 percent of boys saying so.

Many Alaska children already appear to suffer from such conditions. According to Alaska Department of Health and Social Services website, obesity is an ongoing “serious health concern.” In 2017, nearly 18 percent of students were overweight and 13.7 percent were obese. The state warns that obese children are “more likely to suffer from chronic illnesses, such as diabetes, high blood pressure, heart disease and certain cancers.”

The state notes that part of the problem stems from children spending too much time playing video games. More than 40 percent of Alaska students now spend three or more hours playing video games on an average school day. This does not include weekends.

Additionally, the state reports that over 80 percent of Alaska students fail to meet the national recommendations of spending at least 60 minutes of physical activity every day.

For information on how to contact members of the Alaska School Activities Association board of directors, click here.