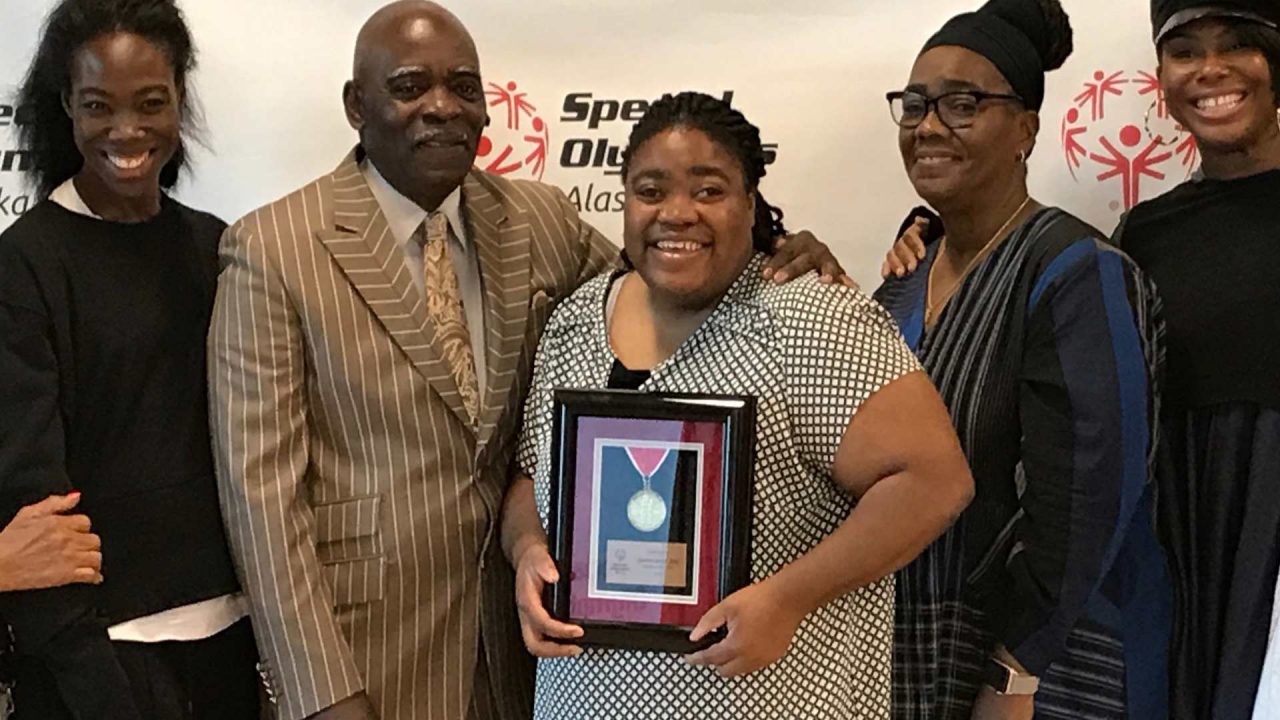 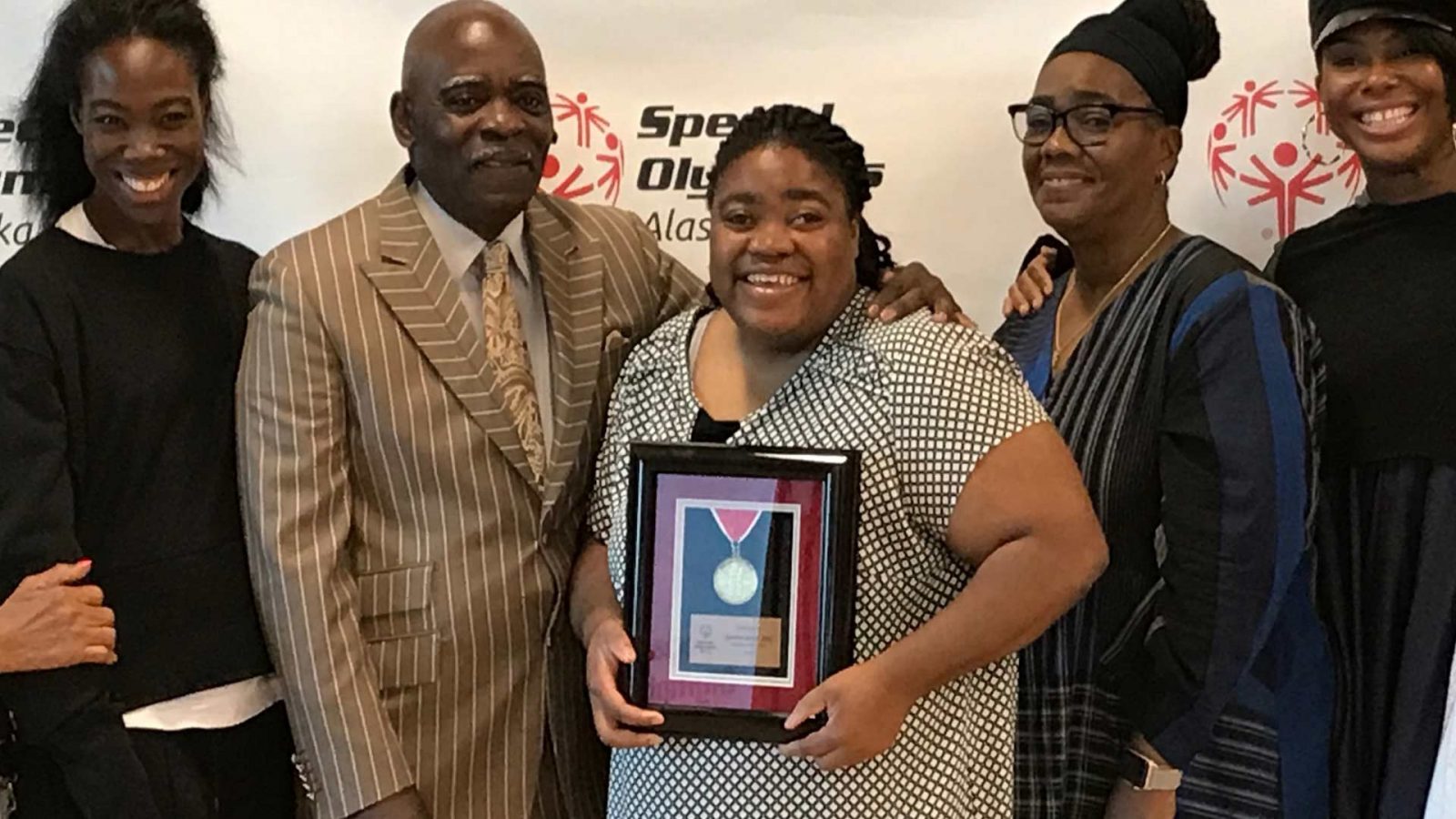 Special Olympics Alaska honored its outstanding athletes, coaches, volunteers and sponsors this week during a packed and sometimes emotional ceremony at the group’s training headquarters in Anchorage.

More than 200 participants and supporters of Special Olympics turned out for the Sept. 18 event to celebrate athletes, as well as the volunteers and supporters who have dedicated countless hours and resources to assist thousands of fellow Alaskans, both children and adults, with intellectual disabilities.

Surrounded by family and friends, two Special Olympians beamed with pride as their names were announced as the “athletes of the year.”

Perhaps most important to Abdul-Jillil was the attendance of her family and sister who flew in from Las Vegas.

“Thank you for nominating me on this award,” Abdul-Jillil told the supportive audience. “I would like to thank my coaches who have helped get me this far. From a national level and a world-wide level to World Games. I couldn’t have done it without them.”

Fellow athlete of the year, Eddie Escalera, participates in adult basketball, swimming, golf and Nordic sports. The Homer resident is well known in his hometown.

“Special Olympics has taught me a lot,” he said from the podium, noting that he met his “best friend” through the sports program.

“Anybody can do anything they want in Special Olympics,” Escalera said. “If anybody says you can’t do it, you got to believe in yourself, like I did. Special Olympics has helped me grow a lot and I learned a lot. And I’ve been all over the world traveling with Special Olympics. And I enjoy that. I love it.”

Volunteers were equally grateful being a part of Special Olympics.

Coach of the year, Robbie Johnson, of the Mat-Su Valley, teaches basketball.

“Special Olympics has changed my life by giving me a second family,” he said, adding that he feels blessed to be able to work with Special Olympics athletes. “I just appreciate the opportunity to challenge you guys each and every day.”

Honored as one of two “Volunteers of the Year,” Pati Washam of Valdez has been with Special Olympics since 2001, serving as community director in Valdez. She said Special Olympics is her “addiction.”

“Through all these years, these athletes have become my people, and special Olympics is my passion,” she said with emotion. “And I invite people to come join my addiction, because there is so much joy in it. I can’t imagine a day without these athletes. I can’t say enough about them. They’re just heroes.”

Special Olympics Alaska is an accredited program with the global organization that provides sports training and competition for children and adults with intellectual disabilities. In Alaska, Special Olympics serves more than 2,000 athletes in 10 communities around the state through local community training programs.

Sponsors of the Year: Coca-Cola Bottling of Alaska and Colaska