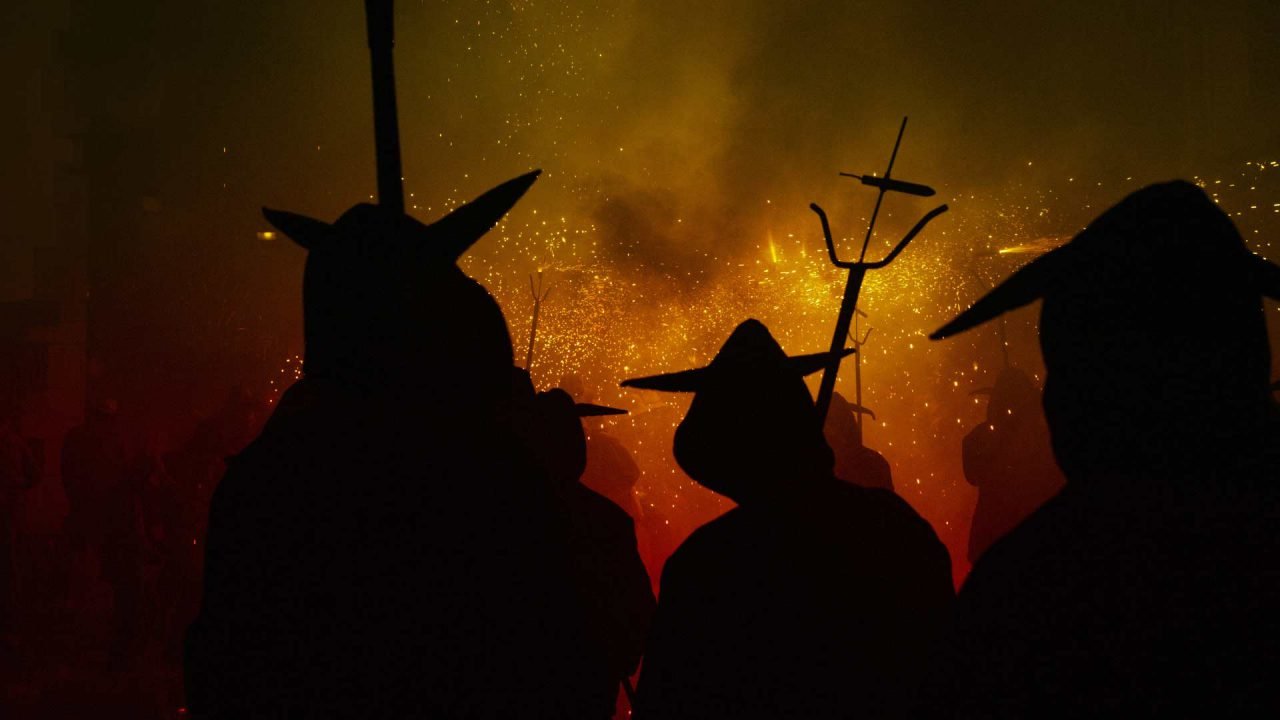 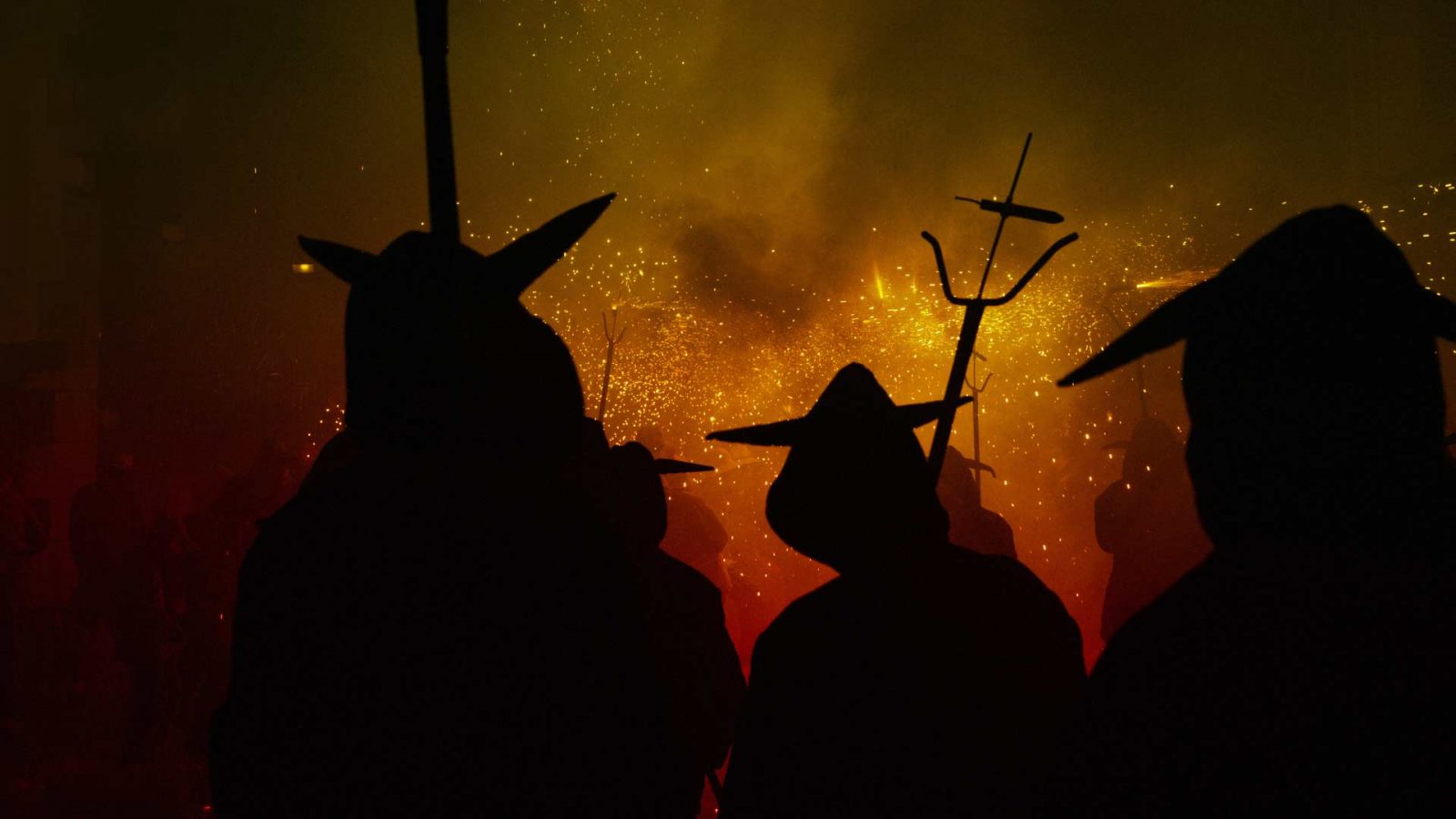 In his address to the Massachusetts Militia on Oct. 11, 1798, President John Adams said that “Our Constitution was made only for a moral and religious people. It is wholly inadequate to the government of any other.”

Beginning in the early 1980s, the assembly invited local pastors to begin their meetings with a prayer. More than 35 years later, the assembly received complaints, and made plans to scrap the invocation. But enough community members spoke in favor of keeping the invocation at a June 2016 meeting, and the assembly failed to pass the measure.

“The public meeting hall needs an invocation at all costs to bring God our creator into our decision making,” he said. “And to give courage to the leaders of our community.”

An atheist named Lance Hunt gave the invocation at the July 26, 2016 meeting, urging assembly members to “let our dogmas dissolve in the face of evidence.” But the issue exploded when Iris Fontana invoked “Hail, Satan” at the Aug. 9, 2016 assembly meeting. Fontana’s satanic prayer went viral, was a featured headline on the Drudge Report, and led to a protest from local Catholics at the George M. Navarre Borough Building in Soldotna the following Wednesday.

By October of 2016, the assembly had enacted a new policy: only persons representing an assembly-approved religious association would be permitted to deliver the invocation.

Per Judge Peterson’s order, the policy “stemmed from intolerance for controversial views.” A constitutional policy, on the other hand, could permissibly block invocations that “proselytize, advance, or disparage any faith or belief.” The borough assembly considered appealing the ruling, but instead revised its policy in November 2018, incorporating Judge Peterson’s language regarding inclusivity, proselytization, and disparagement.

Since that time, any resident of the Kenai Peninsula has been permitted to deliver assembly invocations on a first-come, first-served basis. This set the stage for another satanic invocation by Fontana in June 2019, which met with another protest from local Christians.

If invocations are supposed to steer clear of disparagement, how does Barrett Fletcher, who wore a colander on his head and invoked “the Flying Spaghetti Monster” at a Borough Assembly meeting last month in Homer, fit in?

“I am offended by the Christian religion and their idea of the narcissistic, demanding God,” he said.

And so, Fletcher decided to mock God in public by “praying” to the “Flying Spaghetti Monster” at the assembly’s meeting in Homer in September. According to outgoing Kenai Borough Assembly President Wayne Ogle, he was not “totally offended” by Fletcher’s demonstration but thought that it was “just a waste of time.”

“The key for the invocation is to inspire assembly members to do their best for the public,” Ogle said. “Mr. Fletcher has a knack for ridiculing, and Christianity is fair game for ridicule these days.”

Only a few Christian pastors have spoken up in favor of keeping the invocation, Ogle said.

“Rev. Keith Hamilton in Soldotna has been very supportive and has banged the pots and pans among the clergy,” he said of the pastor’s efforts to enlist more clergy to support preserving the invocation.

“Other pastors have signed up to give invocations, but I have not heard them speaking up to keep the invocation,” Ogle added. “It’s a disappointment.”

Rev. Hamilton, a Soldotna resident for 19 years, said that local clergy were giving invocations for decades without issue until 2016.

“The public meeting hall needs an invocation at all costs to bring God our creator into our decision making,” he said. “And to give courage to the leaders of our community.”

In contrast, Fletcher admitted his own lack of authenticity when invoking the Flying Spaghetti Monster.

“To be honest, I don’t want to give an invocation,” he told KBBI. “I do not think that public meetings should invoke any gods at all. I would prefer that the invocation policy just be dropped so that the point would become moot.”

Homer Assemblyman Willy Dunne is now set to give the invocation on Nov. 5, 2019. Like Fletcher, Dunne wants to end the invocation, and he sued the borough as a sitting member of the assembly on a related topic. Ogle said that Dunne’s efforts to squelch prayer at public meetings is far from over.

“Willy wanted a borough-wide advisory vote for the invocation, but he didn’t have the votes to get it on the ballot for this most recent election, and so he withdrew it,” Ogle said. “But I suspect you will see another attempt to get rid of the invocation in the next two or three months.”

The next Borough Assembly meeting is on Oct. 22 in Soldotna. Kenai Peninsula residents can sign up to give an invocation by clicking here.

EDITOR’S NOTE: This is a developing story. In our follow later this month we will look at how this issue has played out in other states and what legal options are available to the Kenai Assembly.