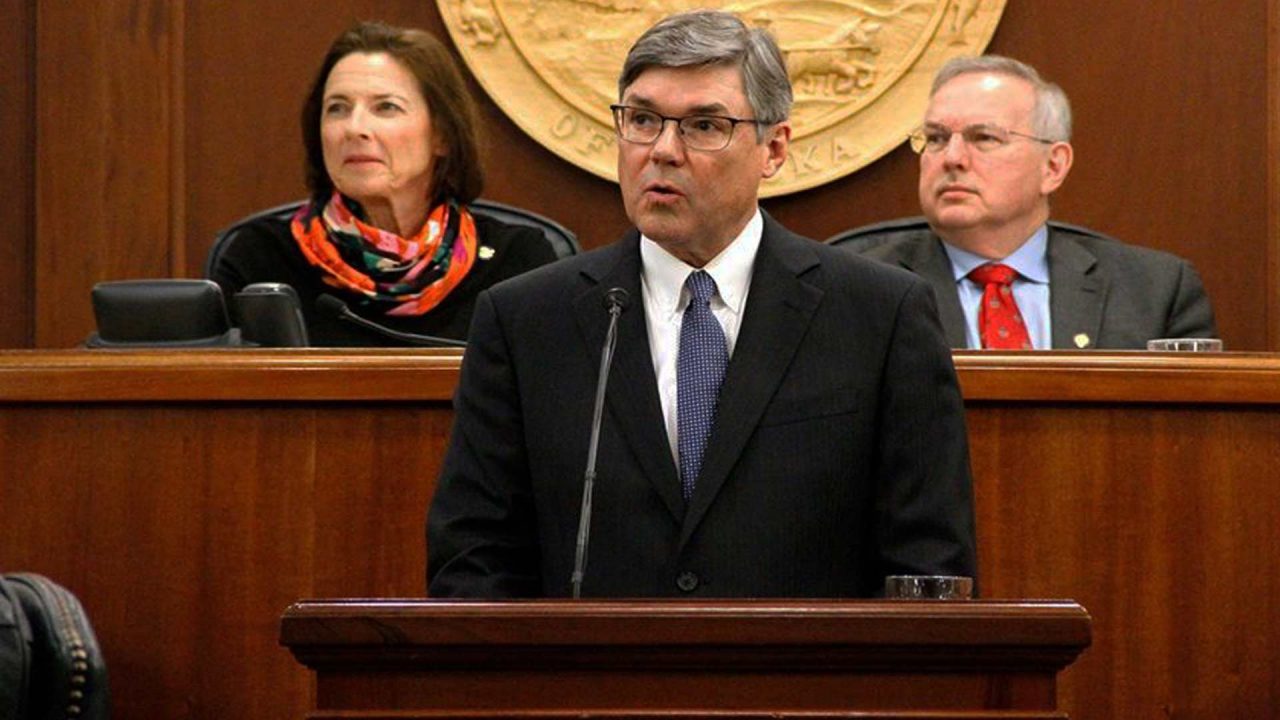 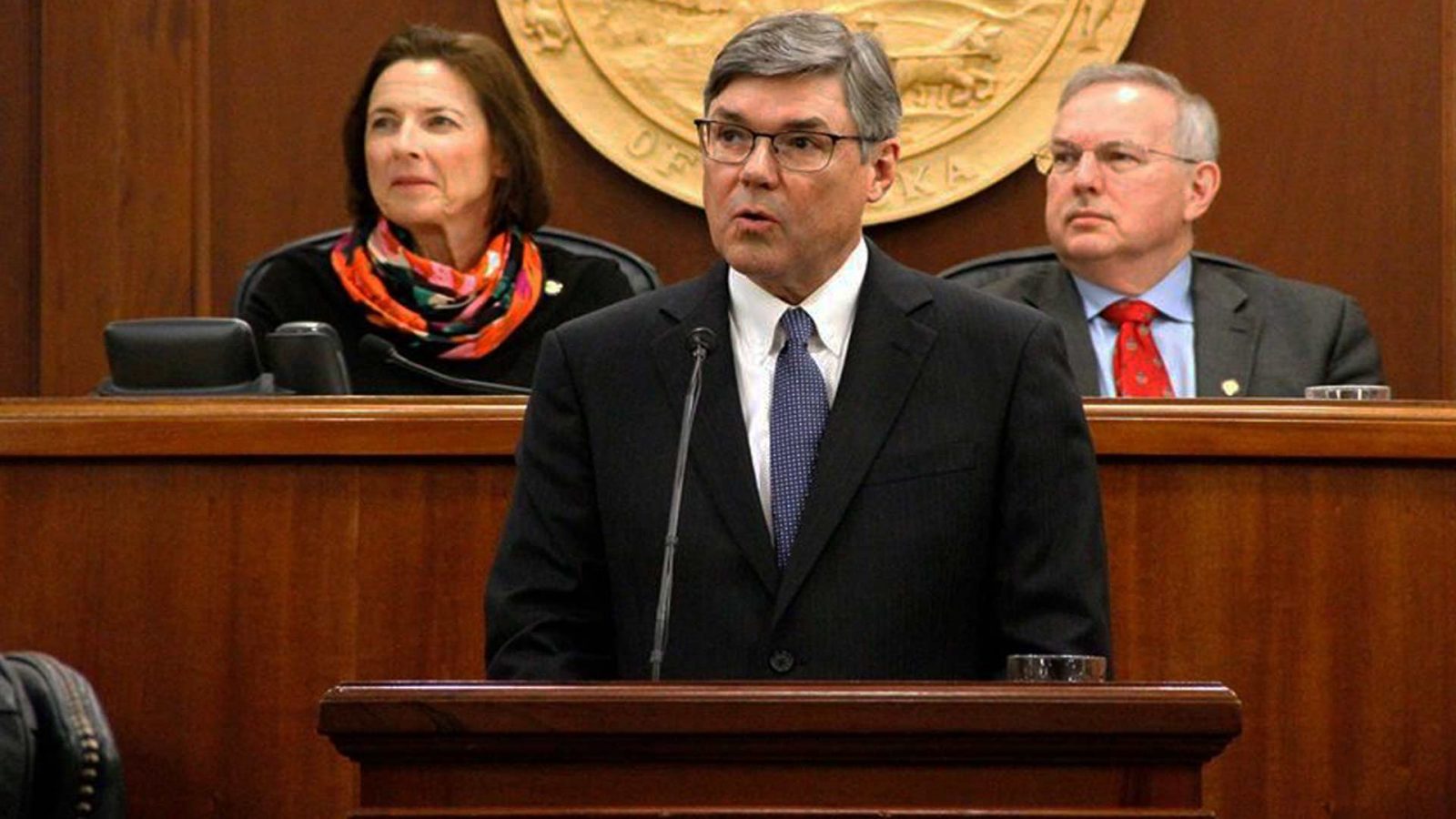 A video (watch below) on the Alaska Bar Association website shows what appears to be an attempt by the chief justice of Alaska’s Supreme Court to enlist lawyers in influencing public opinion on behalf of a lawsuit over which he may ultimately preside.

The video reveals Chief Justice Joel Bolger telling members of the Alaska Bar Association to write letters to the editor and post articles on Facebook to counteract what he called “attacks on the independence of the judiciary.”

The video shows Bolger at an Aug. 8, 2019 educational event for attorneys. He is seen sitting as a panelist along with the other four members of the Alaska Supreme Court. The event was held in the Snowden Administration building across from Nesbett Courthouse in downtown Anchorage.

Towards the end of the session, Bolger leans into his microphone and calls on the attorneys to wage a public campaign against what he perceives as attacks on the judiciary’s independence.

His comments came three weeks after the ACLU filed suit against Gov. Mike Dunleavy for vetoing $334,700 from the court’s budget – the exact amount the Supreme Court ordered the state to spend on publicly funded abortions in 2018. The ACLU suit claims that the governor’s motive for vetoing a portion of the court budget threatens the independence of the judiciary, and they’re asking the court to order the governor to reverse the veto.

While the case is currently in Anchorage Superior Court, it could wind up before the Alaska Supreme Court on appeal. If so, Bolger would be in a position of presiding over a case in which he seems to have attempted to influence public opinion.

Assistant Public Defender Michael Schwaiger began the Aug. 8 panel discussion saying that “no comments regarding particular vetoes by the governor” would be discussed during the session. Chief Justice Bolger, however, broke this ground rule in his closing comments.

“You know, we have been quite gratified by the amount of support that’s been shown on the editorial pages from attorneys in the last few weeks,” Bolger told the audience. “And when there’s controversial issues, or attacks on the independence of the judiciary, we do rely heavily on the Bar to protect these very fundamental notions of our democracy. And so, I thank you for that.”

He went on to suggest how Alaska Bar Association attorneys could publicly advocate on behalf of the judiciary.

Bolger specifically asked ABA members to re-post articles that were “favorable and supported” the judiciary.

If the ACLU lawsuit comes before Alaska’s Supreme Court, Bolger’s actions draw into question his ability to be impartial.

“It would reach hundreds, thousands of people – just if we started the idea in this room,” he said. “So I would say we appreciate the support we’ve been given, and I’d appreciate it if you continued to think about the ways you can share these ideas.”

Bolger’s call for op-ed submissions seems to have been effective. Just four days after his comment, a column by attorney Brett Frazer appeared in the Aug. 12 edition of the Anchorage Daily News. It accused Gov. Dunleavy of “damaging our democracy and raising serious questions about the limits of the governor’s authority and Alaska’s separation of powers.” The column stated that “Dunleavy slashed the judiciary’s funding because he disagreed with a decision handed down by the Alaska Supreme Court.”

It is against Alaska’s Code of Judicial Conduct for a judge to preside over a case in which his or her impartiality might reasonably be questioned. This includes “quasi-judicial activities” such as teaching and speaking about the law.

In his “State of the Judiciary” speech to the Alaska Legislature on Feb. 12 Bolger stated that “impartial judges” must decide cases by working “independently of any outside political interests or financial influences so that the public can continue to be certain that each court decision is fair and impartial.”