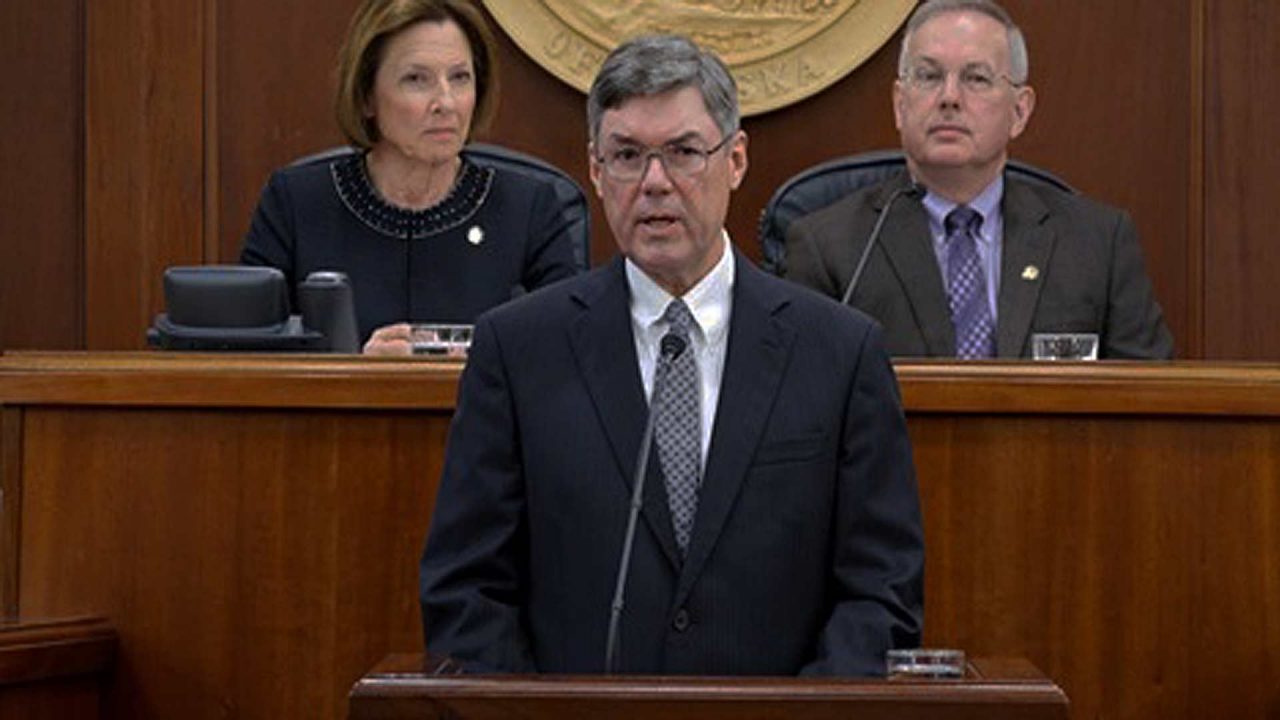 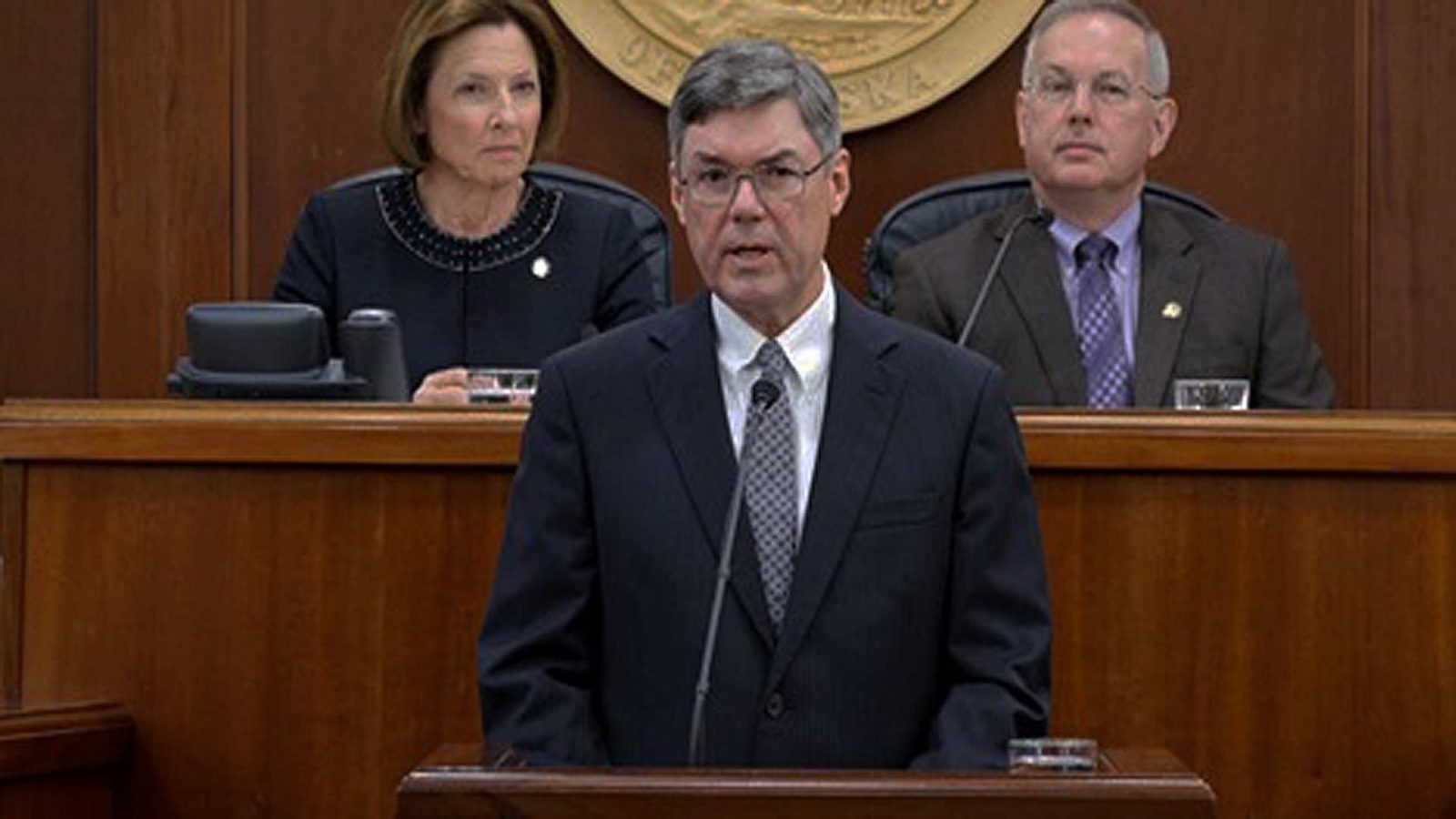 In his Feb. 12 address to a joint session of the Alaska Legislature, Chief Justice of the Alaska Supreme Court Joel Bolger alluded to the court’s ongoing dispute with Gov. Mike Dunleavy regarding cuts to the judiciary’s budget following high court’s order that Alaska fund elective abortions.

He closed his speech saying the courts “must continue to decide cases in accordance with the facts determined by impartial judges and the rule of law based on the constitution, the statutes you provide, and the common law developed through prior decisions.” Bolger added that the court system would “continue to do our work independently of any outside political interests or financial influences so that the public can continue to be certain that each court decision is fair and impartial.”

Last summer Gov. Mike Dunleavy vetoed $334,700 from the court’s budget – the exact amount the Supreme Court ordered the state to pay abortionists for killing 805 babies in 2018. That mandate contradicted the Legislature’s instruction that no money from the budget could be used to fund elective abortions.

The governor’s veto sparked a lawsuit by the ACLU in which they are asking the court to order the governor to restore the court’s funds. While the lawsuit claims the governor violated the separation of powers by docking the court for a ruling he disagreed with, the governor maintains that he was merely exercising his constitutional right to veto budget items.

Justice Bolger, who may well preside over the case if it winds up in the Supreme Court, told legislators “the court system maintains an unbreakable commitment to continue to deliver equal justice for all.” This assurance, however, comes on the heels of his public appeal to the Alaska Federation of Natives Convention in October, in which he asked for help in the court’s budget dispute with the governor.

Bolger began his speech to legislators by introducing fellow members of the Supreme Court in attendance, as well as highlighting the work of the Alaska Judicial Council in nominating judicial candidates for appointment by the governor.

Bolger’s comments came just two days after the Alaska Family Council released a survey showing the partisan liberal leanings of the Alaska Bar Association, which appoints three of its members to serve on the seven member Judicial Council – a group that selects all candidates which the governor must choose from among when appointing judges. The other members of the Judicial Council include three appointments by the governor, and the chief justice of the Alaska Supreme Court – currently Bolger.

The new study of the Alaska Bar Association (ABA) shows that Democrats outnumber Republicans by a wide margin – 27.48% to 15.85%. Conservatives have long complained that the ABA is a left-leaning group of lawyers that only chooses its three members for the Alaska Judicial Council from among its liberal ranks. This makes it nearly impossible for a governor to get conservative nominees to choose from when appointing judges.

Bolger said the “principle challenge” of the judiciary was the “tight budget environment” coupled with the record number of felony and child abuse and neglect cases.

“In fiscal year 2019 the number of felony case filings was the highest ever,” he said. “We received over 7,300 new felony filings, which is over 1,000 more than just two years ago.” Based on the first two months of 2020, he expects that trend to continue.

With regards to child in need of aid cases, Bolger said the number has “reached new highs,” going from 1,500 cases 10 years ago to 2,500 cases last year. Over the past five years he said the courts have seen a 20% increase in unresolved open trial cases and a 40% rise in unresolved felony cases. During the same span, the court’s budget dropped by 9%.

“Simply put, we have fewer resources than we used to but there has unfortunately been no corresponding moratorium on crimes being committed,” he stated, “no decrease in the rate of child abuse and neglect, no lower divorce rate, and no decline in the need for justice to be dispensed in other important areas.”

Bolger requested a 1% increase in the cost of living adjustment for nonjudicial employee salaries, as well as funding to hire a temporary appellate judge. Additionally, he asked for a permanent court of appeals staff attorney to handle straight forward motions and prepare draft opinions for judges.

Bolger also requested funding for a deputy director of the state’s therapeutic court system which deals with criminals who have underlying addiction or mental health issues. These services include treatment, housing and employment. Therapeutic courts, he said, have gone from six to 12 over last decade.