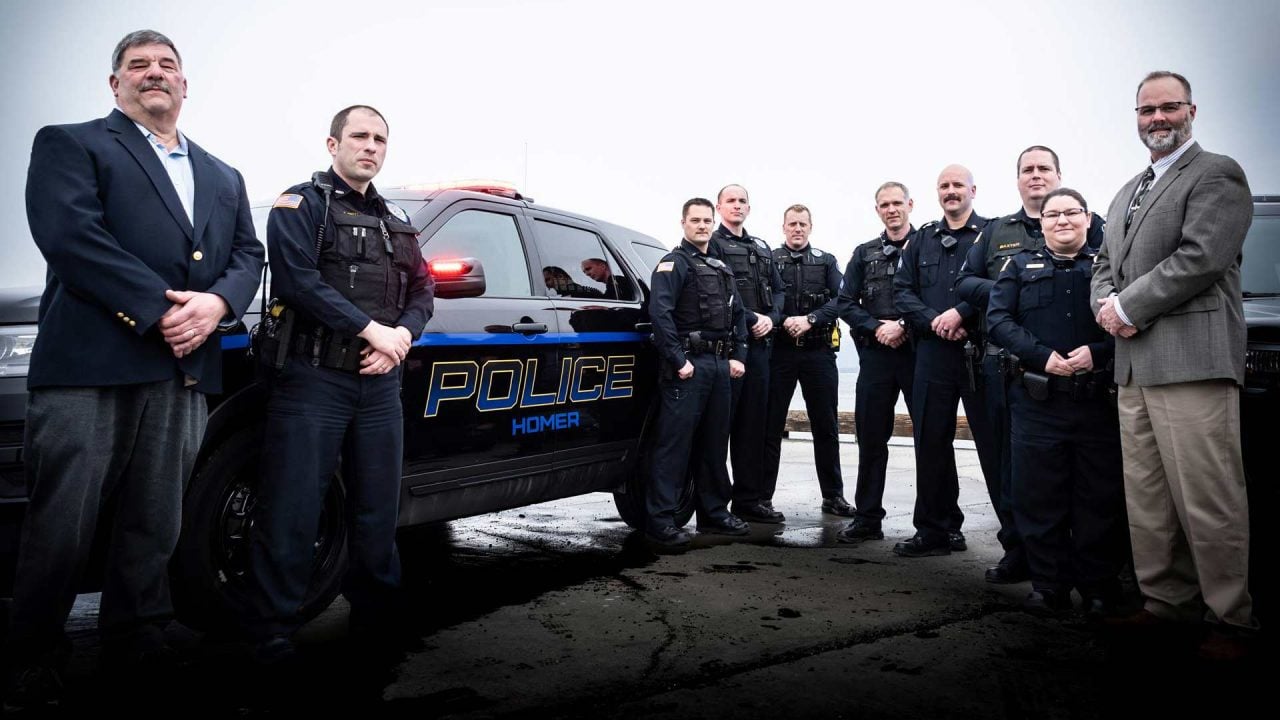 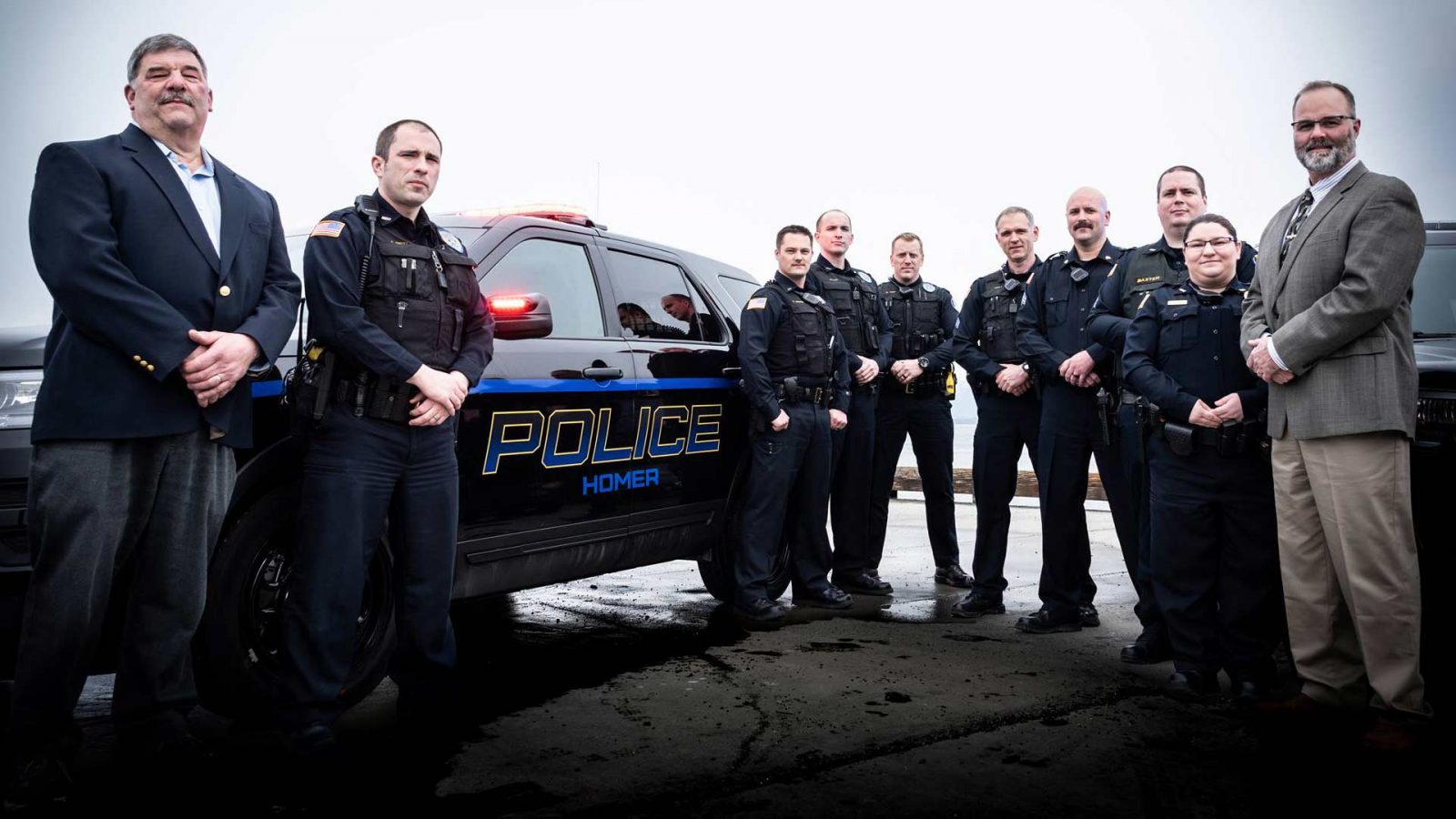 Homer police officers got a morale boost earlier this week when supportive signage popped up at the police department.

“Thanks for being people who care.” 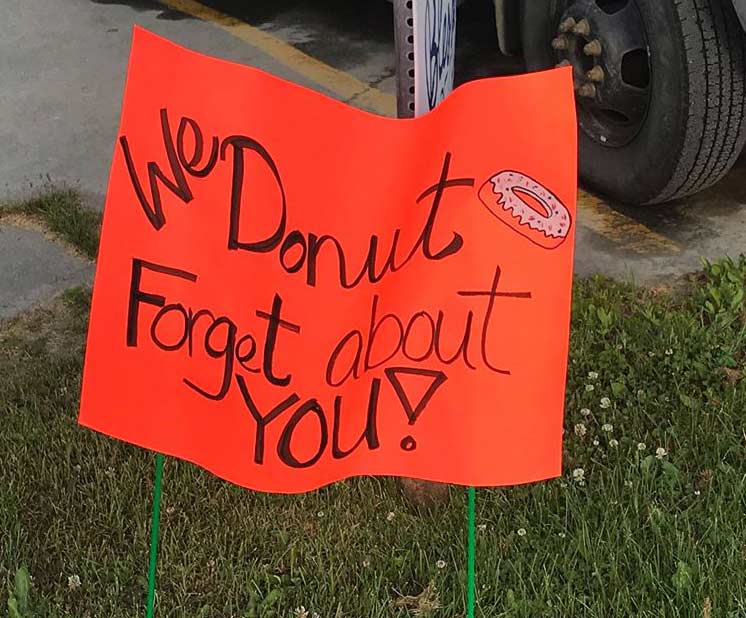 “We donut forget about you.”

“This … just absolutely made our day,” the police department posted July 24 on its Facebook page. “We have been overwhelmed by the outpouring of support over the last few weeks from phone calls, emails, cards, letters, treats and flowers. We want to sincerely thank you, our community. It means the world to us.”

In reference to the donut, the department quipped: “We love the crime-fighting-power-biscuit sign! Thank you Homer.”

The Homer signs follow an enthusiastic rally last week in support of Anchorage police officers, where over 100 residents showed up to thank officers for their service.

Community support for law enforcement comes as a stark contrast to protests that have erupted around the nation and in Alaska in the wake of George Floyd’s death last month. He was an unarmed black man who died while in custody of Minneapolis police. Floyd’s death sparked protests across the nation, some of which turned violent. Alaska protests have remained peaceful, but there have been some calls to defund entire police departments and officers have endured insults from angry crowds. 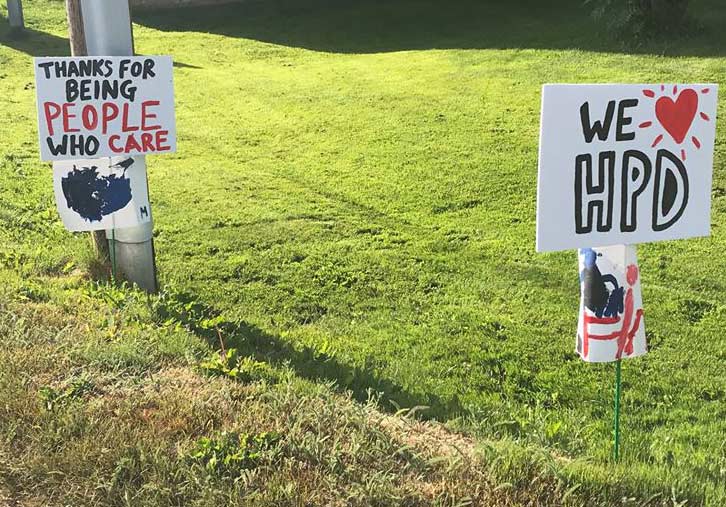 Nationwide, more than 800 officers have been injured in various riots.

Homer police have gone out of their way to meet with protesters in the small seaside town. Over the past month local protesters have held outdoor gatherings each Sunday at a local park to air general concerns about police and to call for greater accountability.

“What happened to George Floyd in our country is totally inexcusable,” the Homer News quoted Robl. “It’s a crime.”

Robl expressed anger over Floyd’s death and has released the protocols which the Homer Police Department employs in terms of officer training and use of force.

He said he hopes the protests will ultimately result in needed police reforms across the nation.