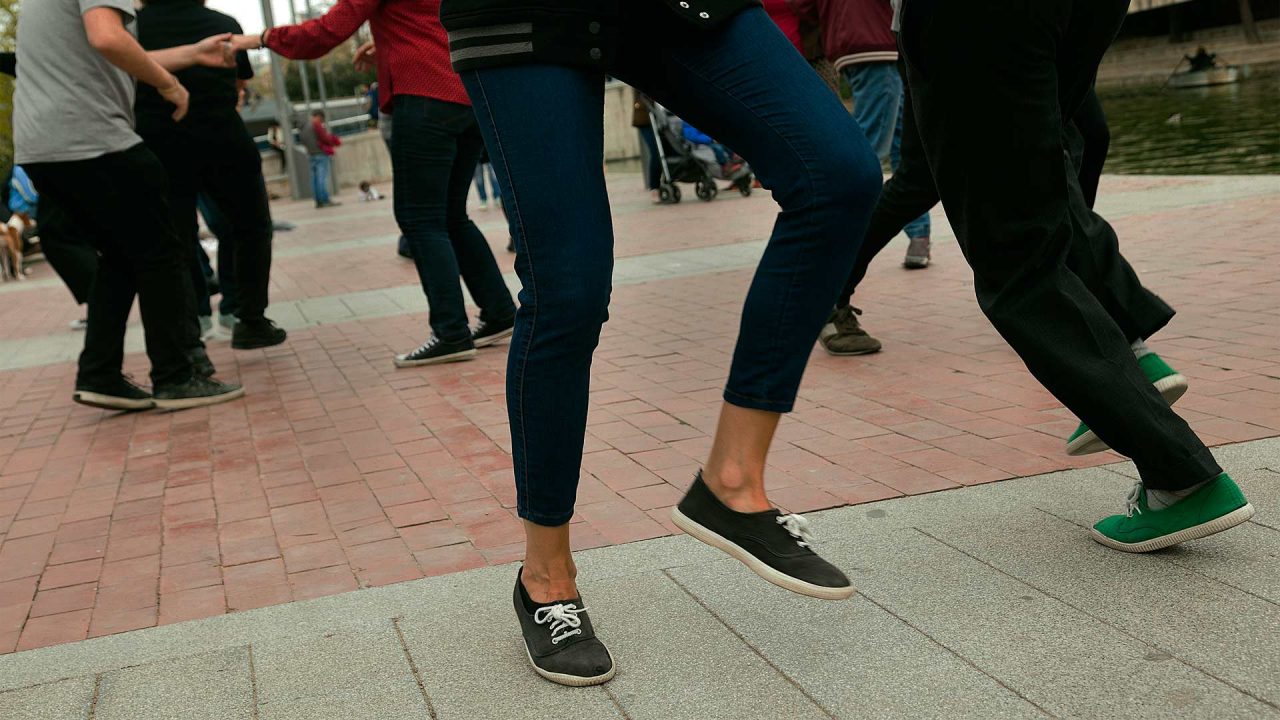 Who said conservatives couldn’t cut a rug? The twice monthly Anchorage Assembly meetings are turning into quite the party these days. From large protests against health mandates that have destroyed many local businesses, to rolling car rallies, to coming out parties for conservative candidates running for mayor, to the dance flash-mob party on Sept. 15.

You heard correctly; a dance party took place outside the Assembly Chambers around the Loussac Library on Sept. 15. An estimated 50 dancers cut loose while another large group entered the Assembly meeting to testify on a range of ordinances.

Many Anchorage residents believe Berkowitz has abused his emergency powers with seemingly arbitrary closures and mandates for certain businesses, while allowing others to operate at full capacity. Peaceful protests against these orders have persisted all summer. The Sept. 15 dance party continued this, but not without a little fun.

A Facebook notice by one of the local protest organizers, Bernadette Wilson, encouraged residents to turn out in force at the Sept. 15 Assembly meeting, which was open to the public after being shuttered to in-person testimony for over a month this summer.

“The Mayor said no music and no dancing,” Wilson posted. “Then assembly members commented that as soon as they opened up the doors to the chambers no one would show up.”

While protesters dance outside, Assembly members will consider whether to extend the mayor’s emergency powers yet again. Set to expire on Oct. 16, the Assembly will vote on an ordinance (2020-329) to determine whether the mayor can continue imposing his emergency orders on Anchorage residents.

A notice for the dance party lists Cha-Cha Slide and the Boot Scootin’ Boogie as two numbers slated for the playlist.

The Assembly Meeting begins at 5 p.m. but the dancing protesters will likely be on hand by 4:30 p.m.

Click here to see the agenda for tonight’s meeting.