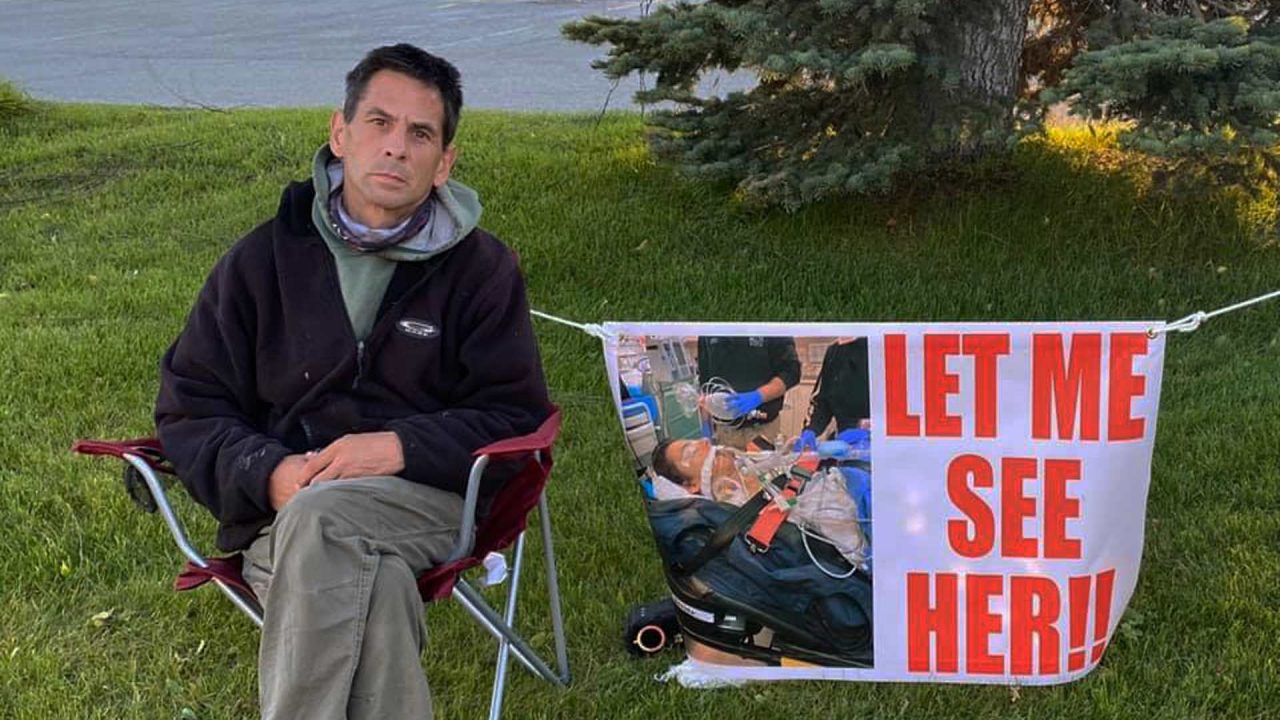 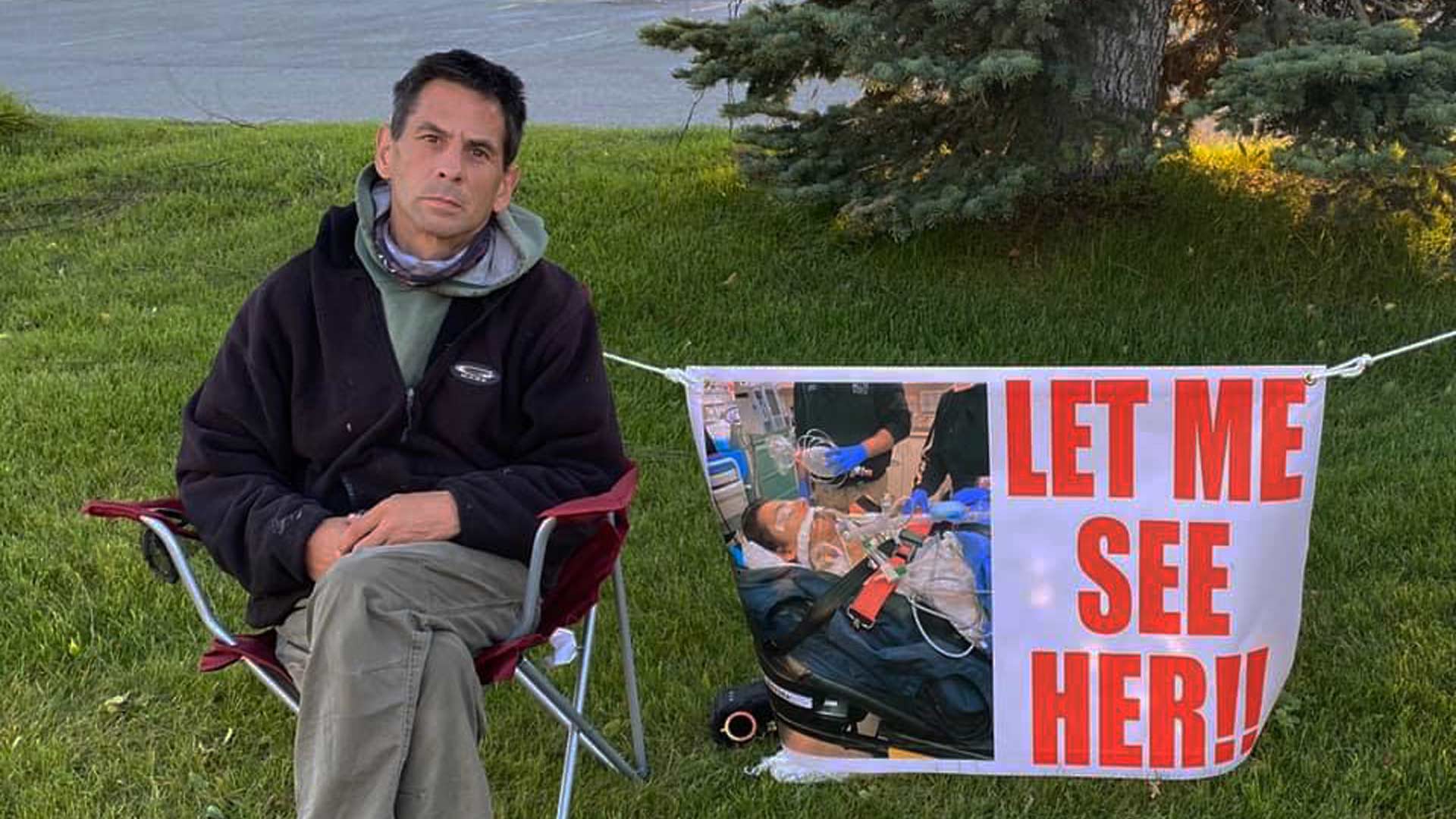 His daughter Rachelle was medivacked from Kodiak on Sept. 6 after suffering a major asthma attack. Abbott followed her to Anchorage a few days later to offer comfort. When he arrived, however, he was barred from seeing her due to the hospital’s COVID protocols.

In response, Abbott has sat outside on the hospital lawn with a sign of Rachelle laying in an ICU bed that reads, “Let me see her.”

Each day Abbot posts a short Facebook live video to provide updates on his daughter and his ongoing battle to comfort her in person. The videos have struck a chord with many Anchorage residents who have offered sleeping bags, supplies and encouragement. At least two organized protests occurred earlier this month to support his nearly two-week campaign. Another is planned for Sunday, Sept. 27, from 2-4 p.m. outside the main entrance to Providence.

Rachelle remains in an induced coma to avoid seizures while her body has a chance to heal.

After being allowed to see his daughter for one hour on Sept. 17, Abbott has been relegated to the lawn once again.

According to Providence’s website, the hospital does not allow family or friends to visit ailing loved ones in inpatient units. The only exceptions, which are made on a case-by-case basis, are for children admitted to the hospital, maternity units, breastfeeding moms of NICU patients and patients receiving end-of-life care.

Providence claims its policy is needed due to COVID concerns.

“We understand the importance of patients having access to their loved ones while receiving care at our hospital,” the website states. “At this time, we ask patients and their families to consider communication through phone and video chat as their primary means of communication.”

For Abbott, it is impossible to connect with his sedated daughter via those means. He also believes the hospital’s policy is overly restrictive given the low COVID numbers at Providence. Over the past two weeks, others have joined him who have also been banned from seeing suffering family members.

This is one thing I’ve never wanted to do. Is to see one of my children in this condition.

“I want to stir the pot again and I think this is the way – what I need to do,” Abbott said in the Sept. 22 video. “Continued prayers for my daughter. I believe that she’s still capable of coming out of this with a full recovery. I do believe in miracles. She is a strong, strong person. Just keep her in your prayers. I’m asking for prayers for me to continue on – to continue on in my battle to get in.”

“This hurts badly,” he added. “This is one thing I’ve never wanted to do. Is to see one of my children in this condition.”

Despite the hardship, Abbott said he has been overwhelmed by the love, prayers and support of countless Anchorage residents.