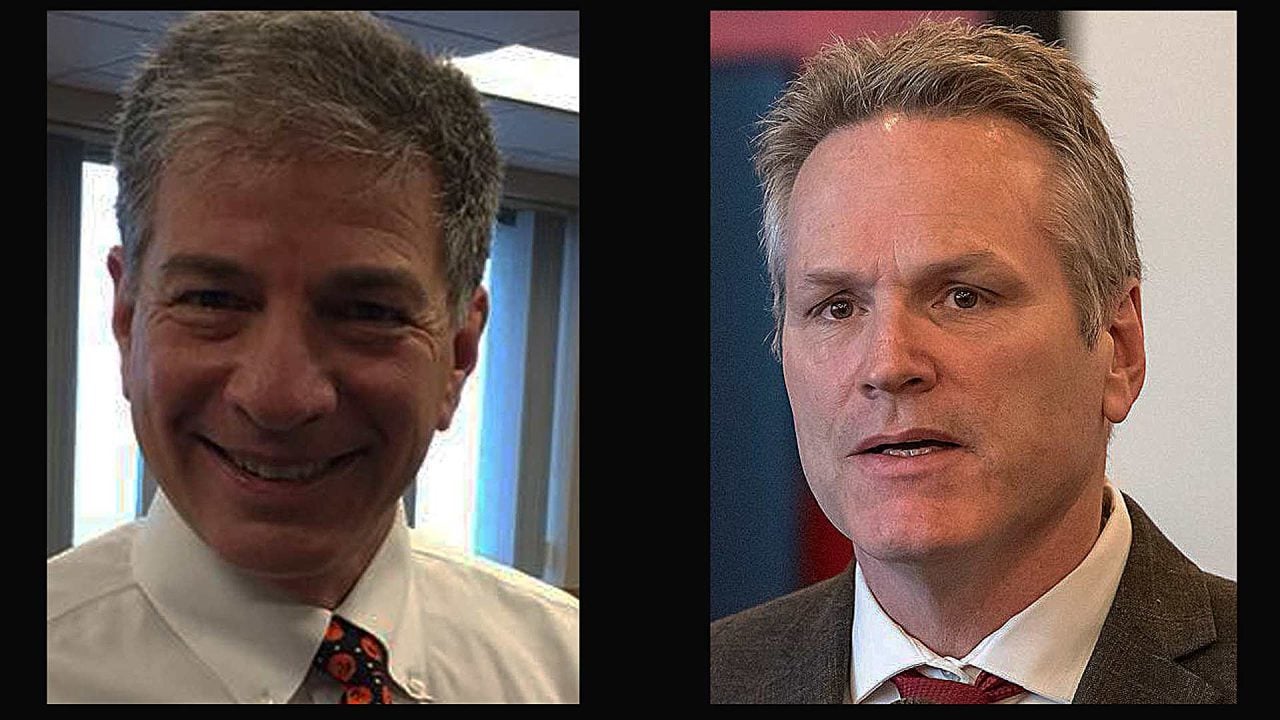 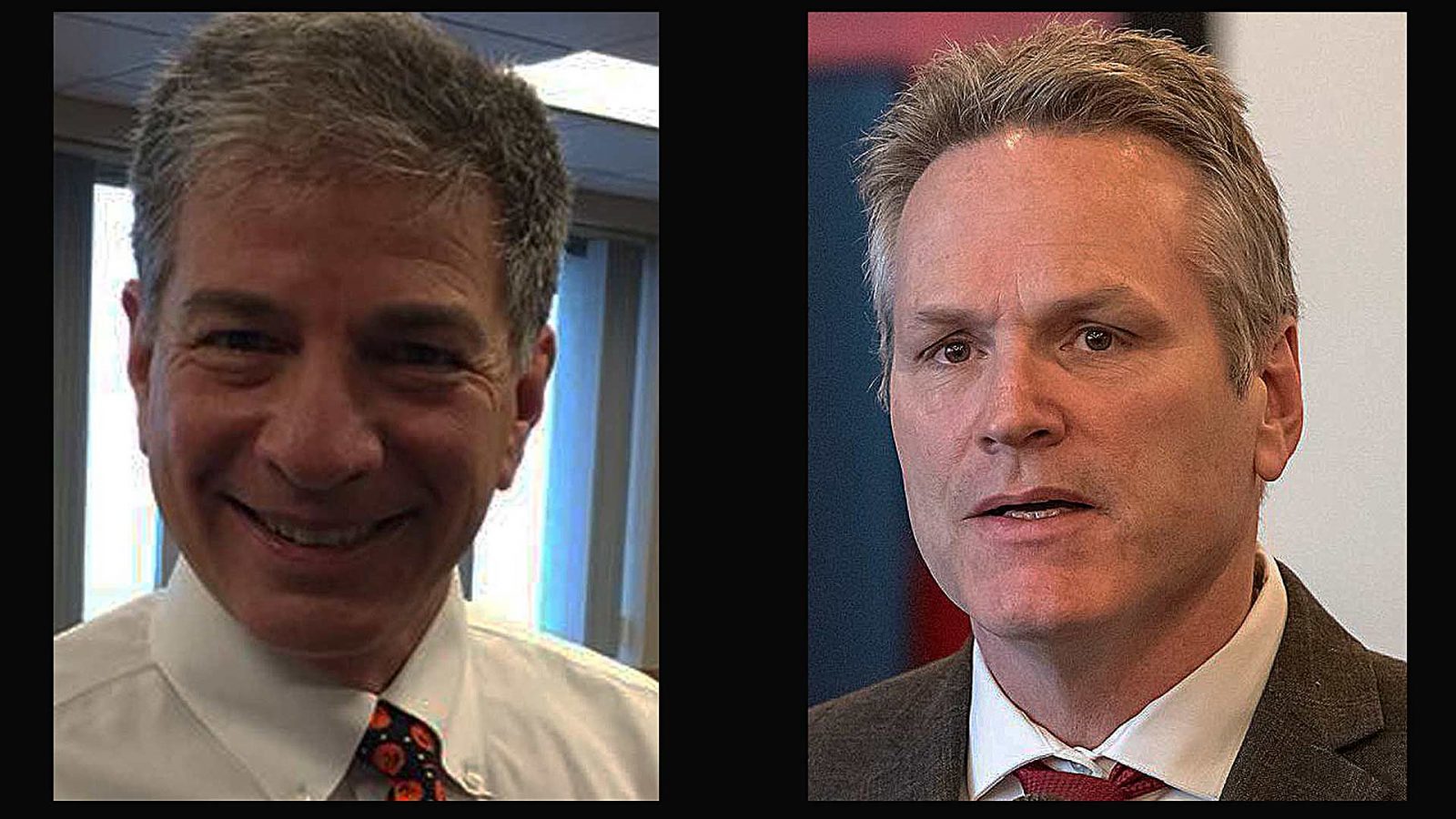 Three days after Gov. Mike Dunleavy issued an Oct. 6 video encouraging Alaskans that COVID is “not the deadly disease we once thought,” Anchorage Mayor Ethan Berkowitz stood before the camera warning that COVID could “strike anyone at any time.”

The tone and message of the two leaders could not be more different.

Governor Dunleavy focused on the fact that, while the virus is “highly contagious,” hospitalization and death rates for those infected has been in steady decline. He also noted that COVID “does not impact children” to the extent that the seasonal flu does.

Dunleavy said this was expected all along.

Berkowitz, however, said nearly the opposite – asking people to hole up even more.

Berkowitz, however, said nearly the opposite – asking people to isolate even more.

“I just want to reiterate the thrust of this press conference,” he said. “We are seeing more cases. We are seeing it spread more rapidly than it had, and I think it’s really important for all of us to do what’s necessary to bring it back to heel. It means we need to make our bubbles a lot smaller than we have.”

It’s not that Dunleavy was telling Alaskans to ignore the virus. He encouraged masks in social settings but reiterated that COVID is not something that should paralyze Alaskans.

Are we seeing a rise in the number of COVID hospitalizations so far. And again, thankfully, so far, the answer is no.

He advised Alaskans to look after the elderly and vulnerable populations but also said, “We have to learn to live with COVID. We have to get back on our feet.”

While the mayor and his medical team repeatedly warned of a possible coming crisis in health care and hospital capacity, the President and CEO of the ‎Alaska State Hospital and Nursing Home Association Jared Kosin concluded Dunleavy’s video by noting that hospitals are doing just fine – especially in Anchorage.

While there is a slight uptick in overall hospitalizations, Kosin said that’s typical for this time of year.

“Are we seeing an unusual number of ICU patients coming through the door? And the answer so far is no,” Kosin said.

He said in October Anchorage is averaging about 57 patients in an ICU beds per day. Last month it was 54. In August it was 53 and in July it was 56. Not much change. In terms of COVID ICU beds the numbers are also holding steady with 9.6 per day in October and 9.1 a day in September.

What about overall hospitalizations?

Kosin said those are flatlined as well.

“Are we seeing a rise in the number of COVID hospitalizations so far. And again, thankfully, so far, the answer is no,” he reported. “In October the average number of COVID positive patients in a hospital bed in Anchorage has been 25 per day. In September the average was 29. In August it was 28. So, I guess the takeaway for us at this point in time is hospital capacity is holding up.”

While there is a slight uptick in overall hospitalizations, Kosin said that’s typical for this time of year due to the seasonal flu, schools starting and people mingling about.

While this may be true, Berkowitz and his team continued to highlight anything that sheds a negative light on the city’s ability to deal with COVID.

His chief medical officer Dr. Bruce Chandler took a moment during the press briefing to warn residents, “Our pandemic continues without a clear end in sight. COVID remains widespread in Anchorage. Our case numbers are increasing.”

Berkowitz is in the process of “bringing some more enforcement personnel on board” to enforce his COVID mandates on wayward citizens.

“No gatherings are safe,” he added. “We can’t stop transmission without universal masking and safe distancing.”

At the end of the press conference, Berkowitz said he is in the process of “bringing some more enforcement personnel on board” to impose his COVID mandates on wayward citizens.

Berkowitz’s Economic and Community Development Director Chris Schutte said the city is “ramping up the enforcement capacity in the municipality so that we have greater ability to be more responsive to citizens’ concerns and complaints when they come up.”